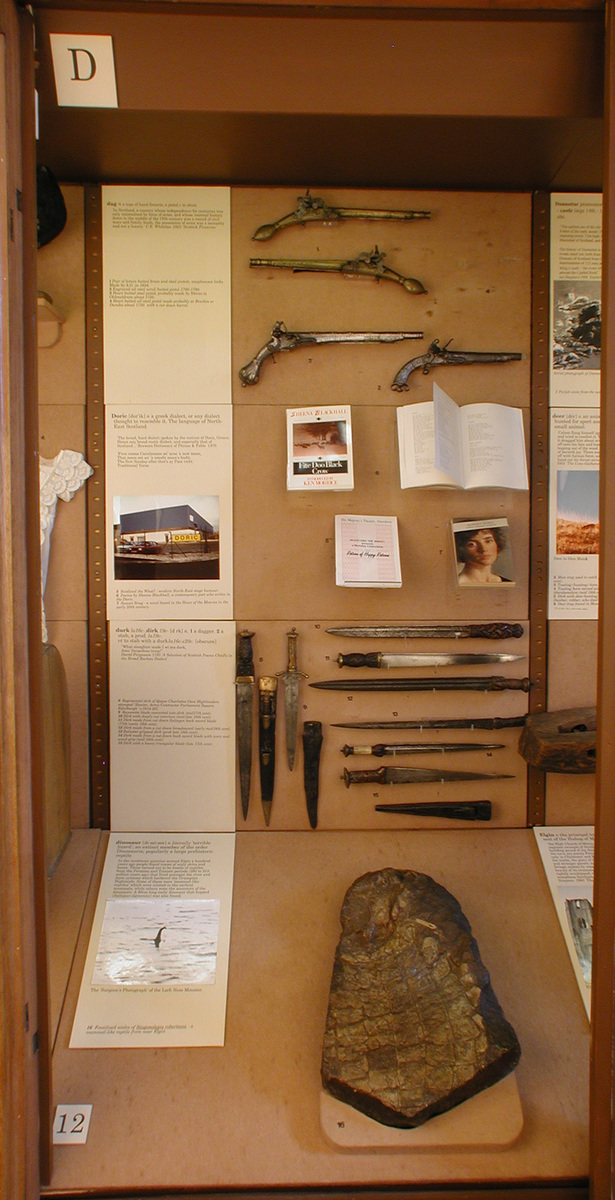 In Scotland, a country whose independence for centuries was only maintained by force of arms, and whose internal history down to the middle of the 18th century was a record of civil wars and family feuds, the possession of arms was a necessity and not a luxury.
C.E. Whitelaw 1923. Scottish Firearms.

What slaughter made I wi ma durk,
Amo Sarpedons troop!
David Fergusson 1785 A Selection of Scottish Poems Chiefly in the Broad Buchan Dialect.

Doric n
A Greek dialect, or any dialect thought to resemble it. The language of North-East Scotland
The broad, hard dialect spoken by the natives of Doris, Greece. Hence any broad rustic dialect, and especially that of Scotland's Brewers Dictionary of Phrase & Fable 1970.

Fossilised scales of Stagonolepis robertsoni - a mammal-like reptile from near Elgin. 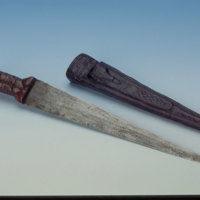 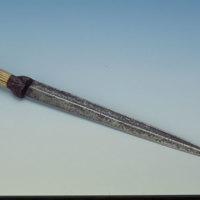 Dirk made from a cut down back sword blade with ivory and wood grip (mid 18th cent). 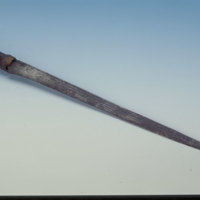 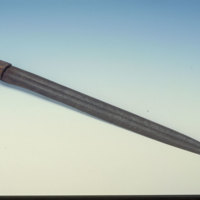 Dirk made from a cut down broadsword (early-mid 18th cent). 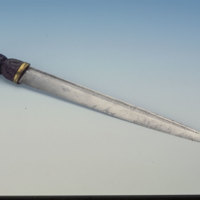 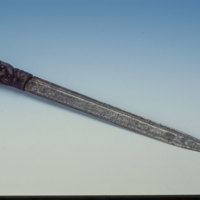 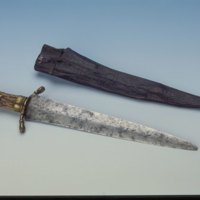 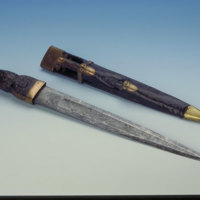 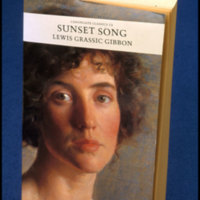 Sunset Song - a novel based in the Howe of the Mearns in the early 20th century. 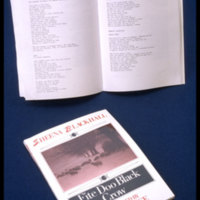 Poems by Sheena Blackhall, a contemporary poet who writes in the Doric. 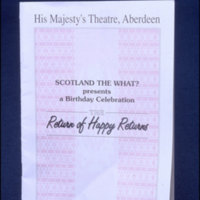 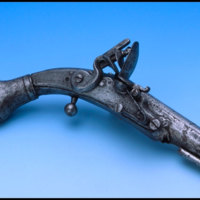 Heart butted all steel pistol made probably at Brechin or Dundee about 1750 with a cut down barrel. 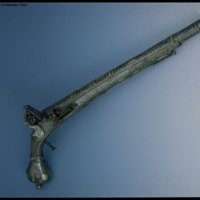 Heart butted steel pistol, probably made by Shires in Oldmeldrum about 1750. 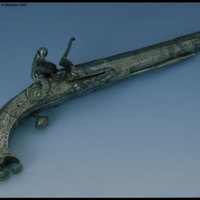 Pair of lemon butted brass and steel pistols, snaphaunce locks. Made by A.G. in 1634.