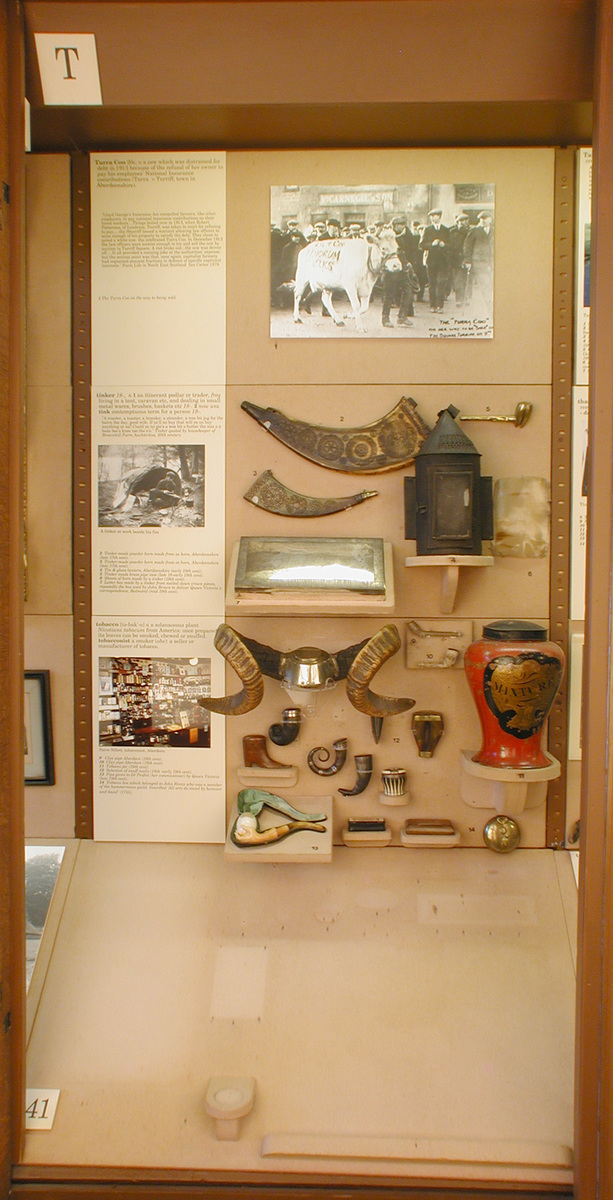 A roaster, a toaster, a brander, a strander, a wee bit jug for the bairn the day, good wife. If ye'll no buy that will ye no buy anything at aa? Could ye no gie's a wee bit o butter the size o a bum bee's knee tae the eye.
Tinker quoted by housekeeper of Brownhill Farm, Auchterless, 20th century.

tobacco n
A solanaceous plant Nicotiana tabacum from America: once prepared its leaves can be smoked, chewed or snuffed.
tobacconist
1 n A smoker (obs)
2 A seller or manufacturer of tobacco.

Torry Information on this topic is in preparation

Turra Coo 20c, n
A cow which was distrained for debt in 1913 because of the refusal of her owner to pay his employees National Insurance contributions (Turra = Turriff, town in Aberdeenshire).

Lloyd George's Insurance Act compelled farmers, like other employers, to pay national insurance contributions on their hired workers.Things boiled over in 1913, when Robert Patterson, of Lendrum, Turriff, was taken to court for refusing to pay.the Sherriff issued a warrant allowing law officers to seize enough of his property to satisfy the debt. They chose to poind a white cow the celebrated Turra Coo. In December 1913 the law officers were unwise enough to try and sell the cow by auction in Turriff Square. A riot broke out.the cow was driven off.It all provided a running joke at the authorities expense: but the serious point was that, once again, capitalist farmers had organised peasant fractions in defence of specific capitalist interests.
Ian Carter 1979 'Farm Life in North East Scotland'

Tobacco box which belonged to John Rinny who was a member of the hammermans guild. Inscribed 'All arts do stand by hammer and hand' (1755)

Pipe given to Dr Profeit (her commissioner) by Queen Victoria (late 19th cent). 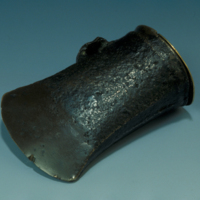 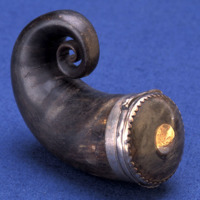 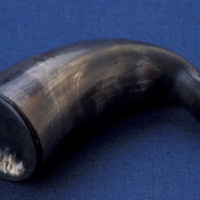 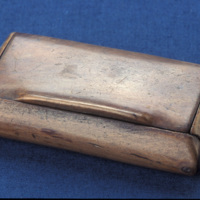 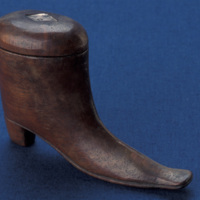 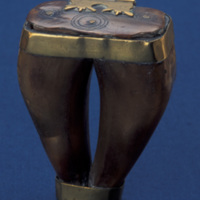 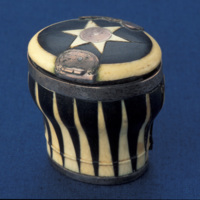 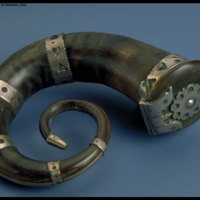 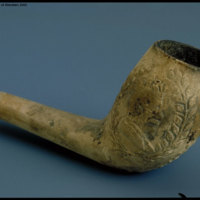 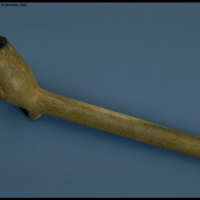 Sheets of horn made by a tinker (19th cent). 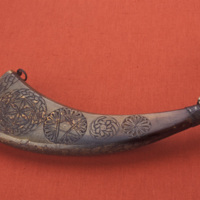 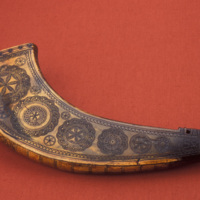