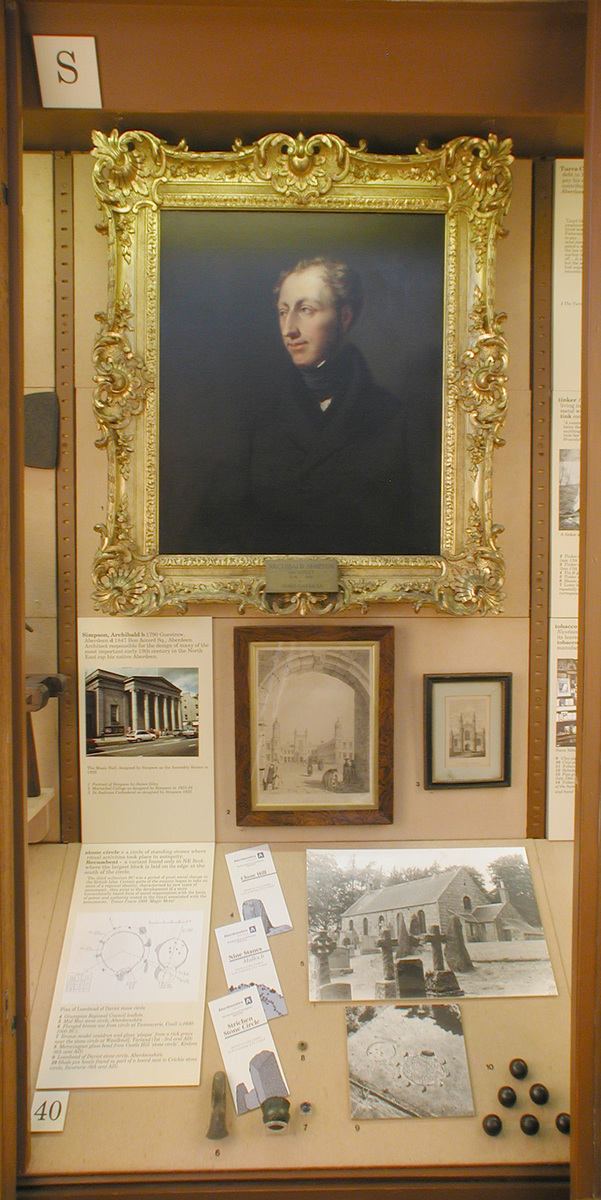 Simpson, Archibald
b 1790 Guestrow, Aberdeen d 1847 Bon Accord Sq., Aberdeen.
Architect responsible for the design of many of the most important early 19th century in the North East esp his native Aberdeen.

stone circle n
A circle of standing stones where ritual activities took place in antiquity
Recumbent ~
A variant found only in NE Scot. where the largest block is laid on its edge at the south of the circle.

The third millenium BC was a period of great social change in the British Isles. Certain parts of the country began to take on more of a regional identity, characterised by new types of monumentthey point to the development of a more hierarchically based form of social organisation, with the basis of power and authority rooted in the ritual associated with the monuments...
Trevor Cowie 1988. Magic Metal 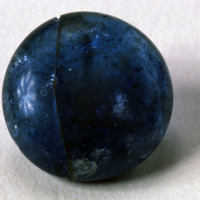 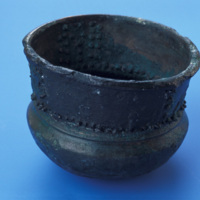 Marischal College as designed by Simpson in 1825-34.

Portrait of Simpson by James Giles.