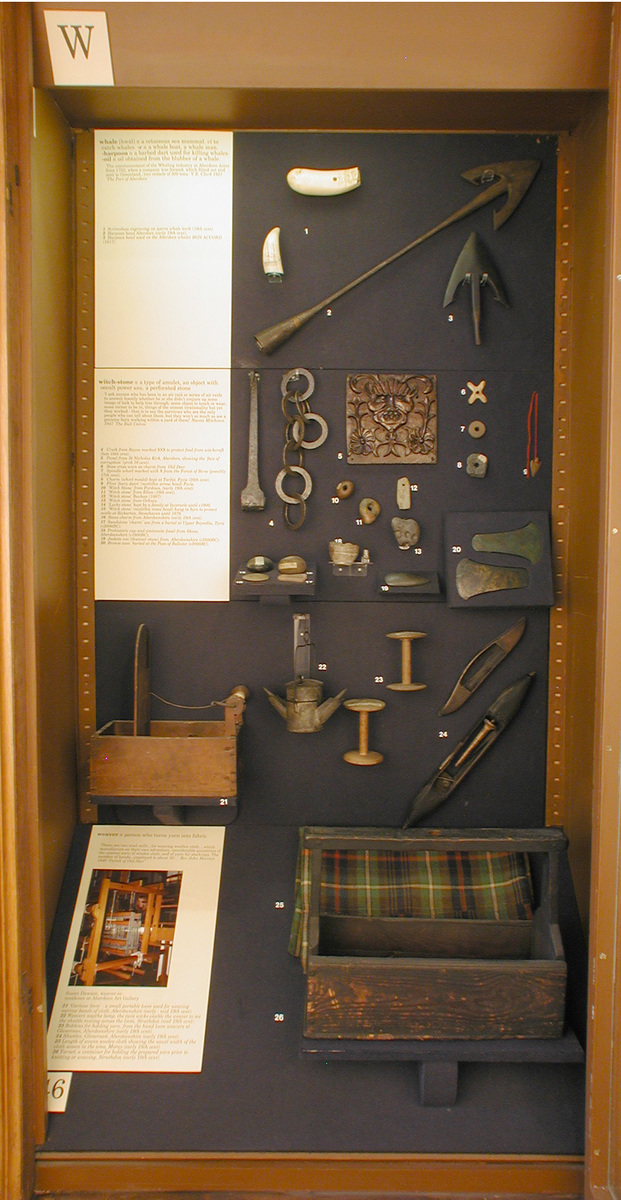 weaver n
A person who turns yarn into fabric

There are two wool mills for weaving woollen cloth which manufacture on their own adventure, considerable quantities of the coarser sorts of woolen cloth, and of yarn for stockings. The number of hands employed is about 30.
Rev John Morison 1840 Parish of Old Dee.

~ oil n oil obtained from the blubber of a whale.
whaler n a whale boat, a whale man.

The commencement of the Whaling industry at Aberdeen dates from 1752, when a company was formed, which fitted out and sent to Greenland two vessels of 500 tons.
V.E. Clark 1921. The Port of Aberdeen.

witch-stone n
A type of amulet, an object with occult power usu a perforated stone

I ask anyone who has been in an air raid or series of air raids to answer honestly whether he or she didn't conjure up some image of luck to help him through: some object to touch or wear, some corner to be in, things of the utmost irrationality but yet they worked that is to say the survivors who are the only people who can tell about them..but they won't so much as see a genuine fairy walking within a yard of them!
Naomi Mitchison 1947. The Bull Calves

Yarnet, a container for holding the prepared yarn prior to knitting or weaving, Strathdon (early 19th cent).

Length of woven woollen cloth showing the usual width of the cloth woven in the area, Moray (early 19th cent). 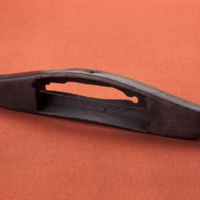 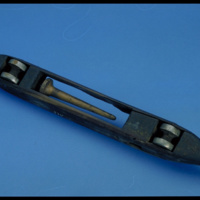 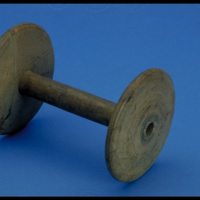 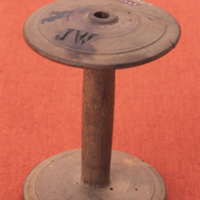 Bronze axes buried at the Pass of Ballater (c2000BC).

Bronze axes buried at the Pass of Ballater (c2000BC). 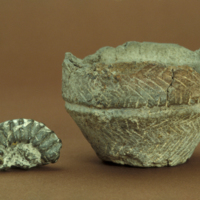 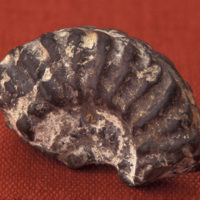 'Lucky stone' kept by a family at Inverurie until c1900. 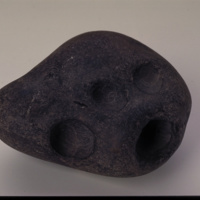 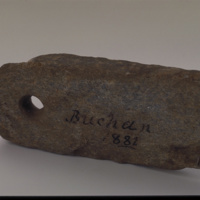 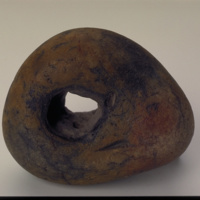 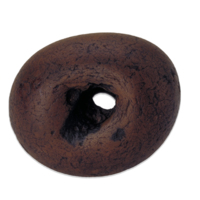 Spindle whorl marked with X from the Forest of Birse (possibly 17th cent).

Harpoon head used on the Aberdeen whaler BON ACCORD (1817). 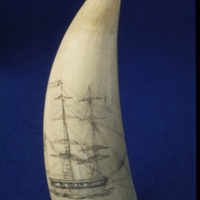 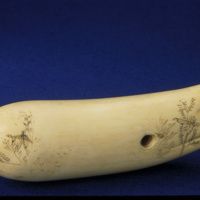