A: Arrow to Astronomy 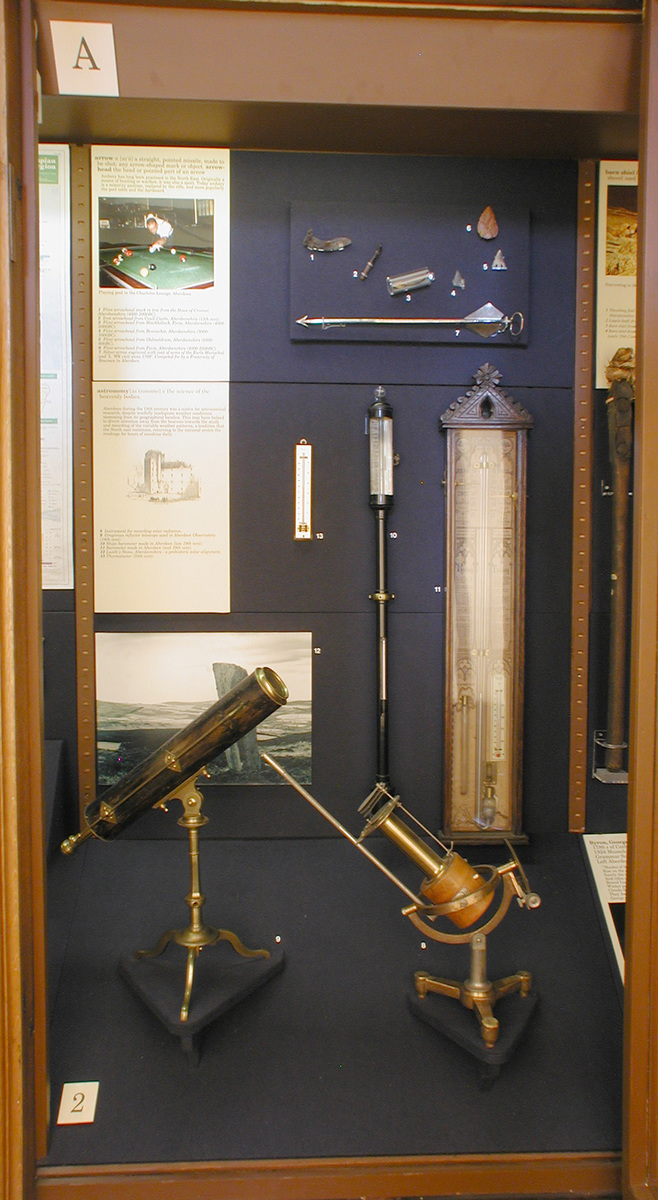 arrow n
A straight, pointed missile, made to be shot: any arrow-shaped mark or object.

arrow-head n
The head or pointed part of an arrow.
Archery has long been practised in the North East. Originally a means of hunting or warfare, it was also a sport. Today archery is a minority pastime, replaced by the rifle, and more popularly the pool table and the dartboard.

astronomy n
The science of the heavenly bodies.
Aberdeen during the 18th century was a centre for astronomical research, despite woefully inadequate weather conditions stemming from its geographical location. This may have helped to divert attention away from the heavens towards the study and recording of the variable weather patterns, a tradition that the North east continues, returning to the national centre the readings for hours of sunshine daily.

Silver arrow engraved with coat of arms of the Earls Marischal and 'L WK vicit anno 1769'. Competed for by a Fraternity of Bowmen in Aberdeen. 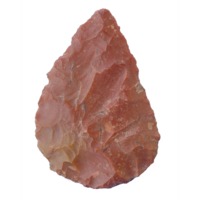 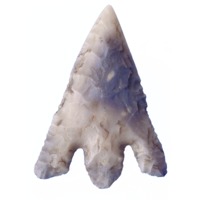 Flint arrowhead from Oldmeldrum, Aberdeenshire (2500-600BC). 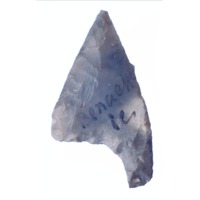 Flint arrowhead from Bennachie, Aberdeenshire (3000-1000BC).

Flint arrowhead stuck in tree from Howe of Cromar, Aberdeenshire (4000-2000BC).

← A: Aberdeen to Axe
B - Barn shiel to Byron, George →
A: Arrow to Astronomy