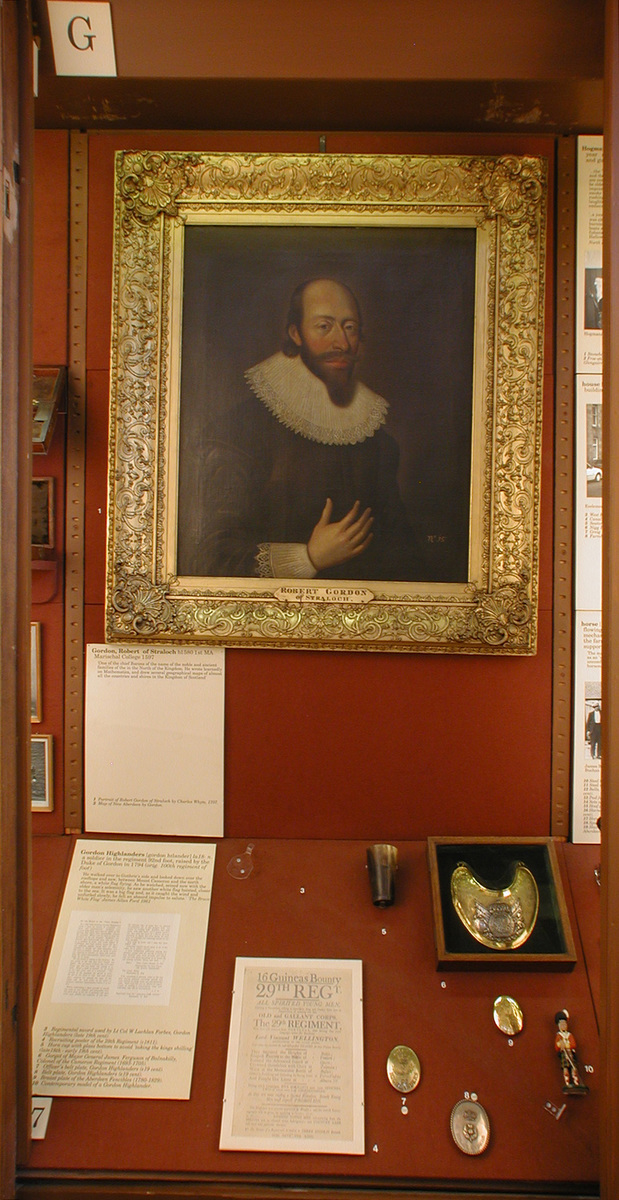 Gordon Highlanders la18- n
A soldier in the regiment 92nd foot, raised by the Duke of Gordon in 1794 (orig 100th regiment of foot.)

He walked over to Guthrie's side and looked down over the rooftops and saw, between Mount Cameron and the north shore, a white flag flying. As he watched, seized now with the older man's solemnity, he saw another white flag hoisted, closer to the sea. It was a big flag and, as it caught the wind and unfurled slowly, he felt an absurd impulse to salute.
James Allan Ford 1961. The Brave White Flag.

One of the chief Barons of the name of the noble and ancient families of the in the North of the Kingdom. He wrote learnedly on Mathematics, and drew several geographical maps of almost all the countries and shires in the Kingdom of Scotland

Contemporary model of a Gordon Highlander. 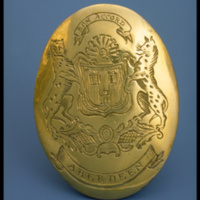 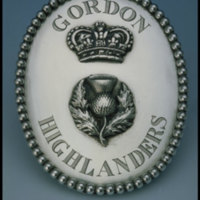 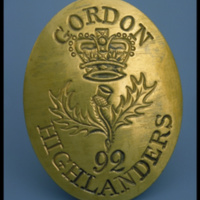 Gorget of Major General James Ferguson of Balnakilly, Colonel of the Cameron Regiment (1693-1705)

Portrait of Robert Gordon of Straloch by Charles Whyte, 1707.