B - Ball, carved stone to beaker

attached to sticks and used as weapons
J Smith 1876

thrown competitively from one place to another
E Evans 1957

used at clan conferences, the chief handling it as he considered a judgement
D N Marshall 1977

Usually discovered by chance, either during deep ploughing or gravel quarrying careful excavation reveals a fragmentary skeleton, laid on its side with its legs drawn up to the chin, and, lying beside the body, a highly decorated, hand made pot this pot, or beaker, has been commonly used to name the Late Neolithic inhabitants of the Grampian Region (c2700-1700BC).
Ian A.G. Shepherd 1986 Powerful Pots 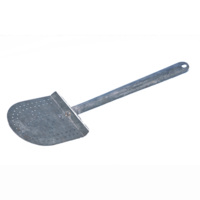 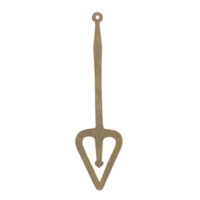 Bannock spade from Aberdeenshire made by a blacksmith (19th cent) 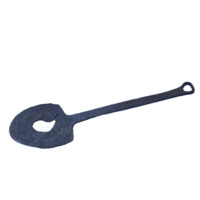 Bannock spade used to turn and remove bannock on the brander from Aberdeenshire (19th cent). 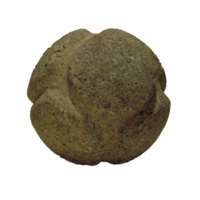 Beaker from cist containing a young male skeleton, strike-a-light, 2 arrowheads, 2 pieces of worked flint, a piece of quartzite and a fragment of a bronze dagger blade in Tavelty, Kintore.

Beaker found in cist on the Hill of Elrick, Newhills, Aberdeenshire.

← B - Baltic to broadsword
B - Bennachie →
B - Ball, carved stone to beaker