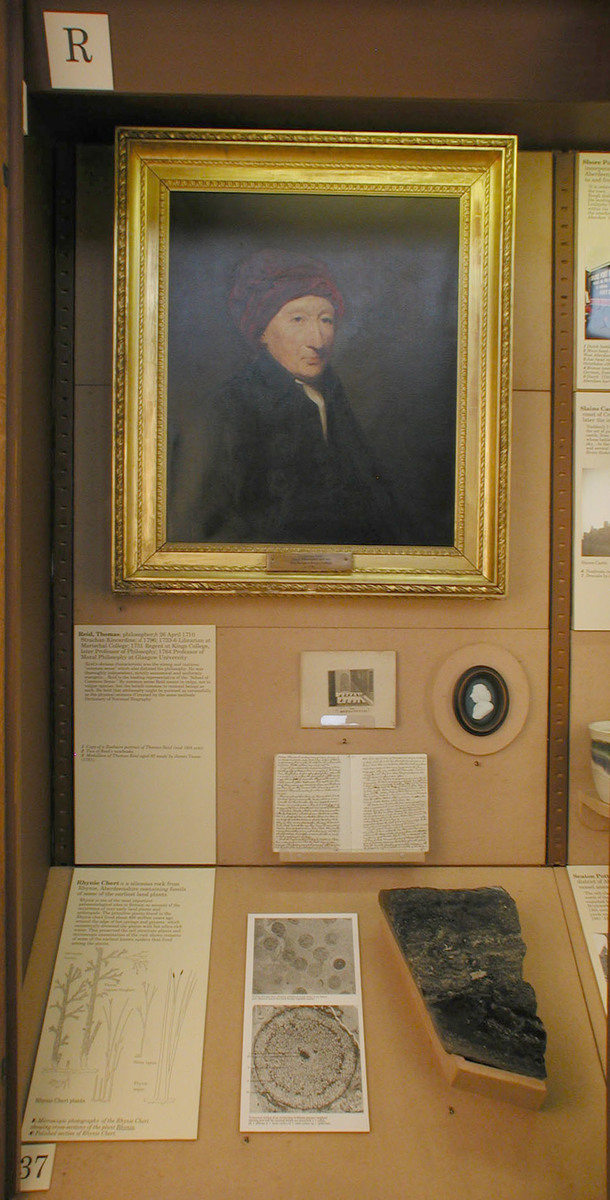 Reid's obvious characteristic was the strong and cautious common sense which also dictated his philosophy. He was thoroughly independent, strictly economical and uniformly energetic Reid is the leading representative of the School of Common Sense. By common sense Reid meant to imply, not to vulgar opinion, but the beliefs common to rational beings as such. He held that philosophy might be pursued as successfully as the physical sciences if treated by the same methods
Dictionary of National Biography

Rhynie chert n
A siliceous rock from Rhynie, Aberdeenshire containing fossils of some of the earliest land plants

Rhynie is one of the most important palaeontological sites in Britain on account of the occurrence of very early land plants and arthropods. The primitive plants found in the Rhynie chert lived about 400 million years ago around the edge of hot springs and geysers which occasionally drowned the plants with hot silica-rich water. This preserved the cell structure plants and microscopic examination of the rock shows remains of some of the earliest known spiders that lived among the plants.

Medallion of Thomas Reid aged 82 made by James Tassie (1791) 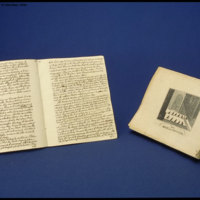