Who was Walter Scott? 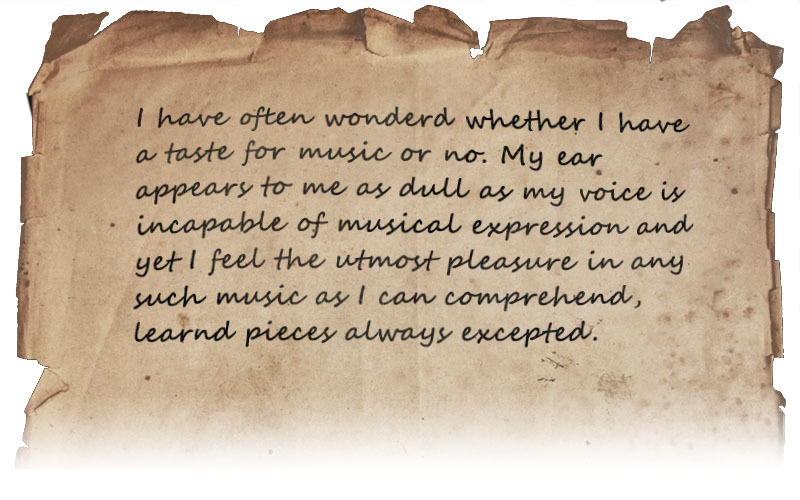 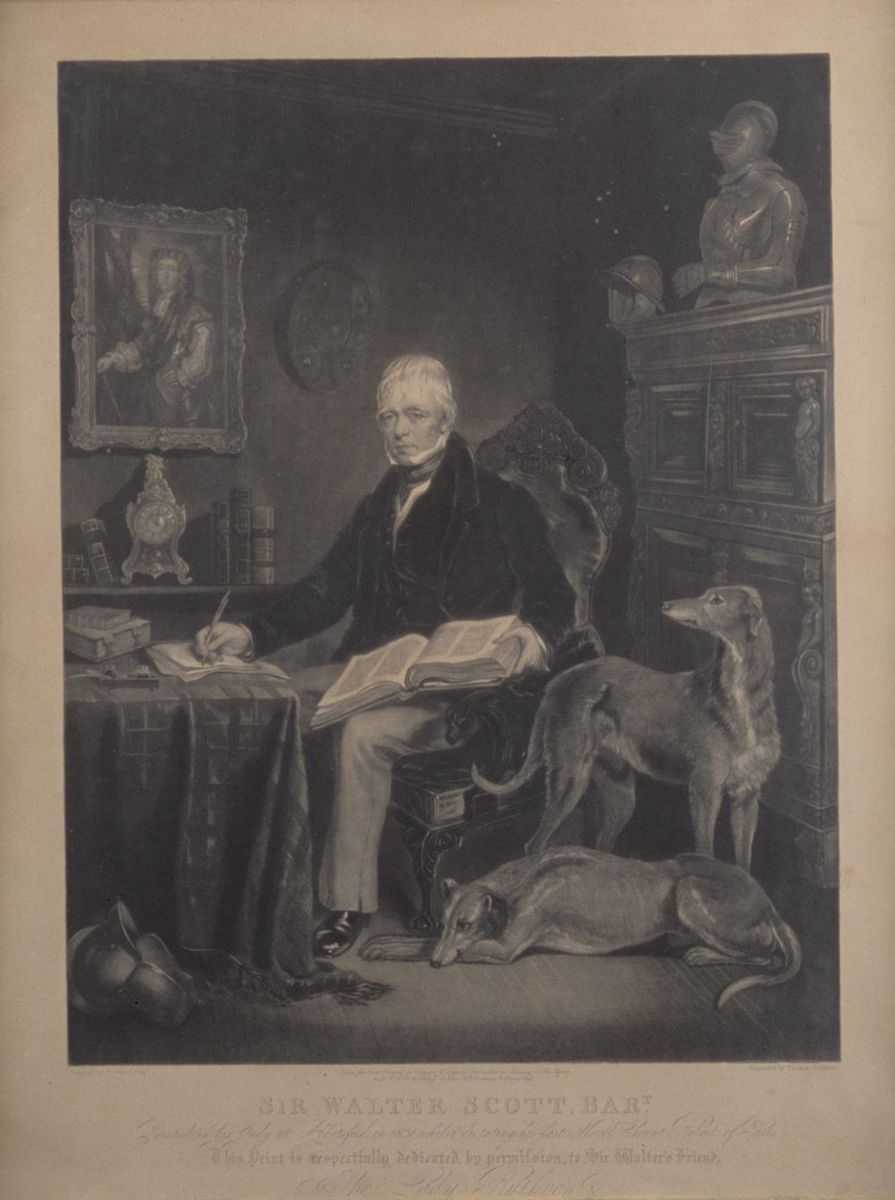 Welcome to this exhibition on Walter Scott and Song, celebrating the 250th anniversary of Scott’s birth by exploring his connection to musical traditions.

Even if you have never read anything by Scott you have probably come across him. You may have seen his monument in Edinburgh's Princes Street, and might be aware he wrote poems such as The Lady of the Lake and novels like Waverley (maybe you have passed through the Edinburgh train station named after it).

In fact, Scott published 23 works of fiction, several short stories and many poems, and made Scotland famous world-wide. He greatly influenced, and was influenced by, the Romantic artistic movement of the late 1700s and early 1800s, which placed emphasis on strong emotions, beautiful landscapes and traditional folklore. 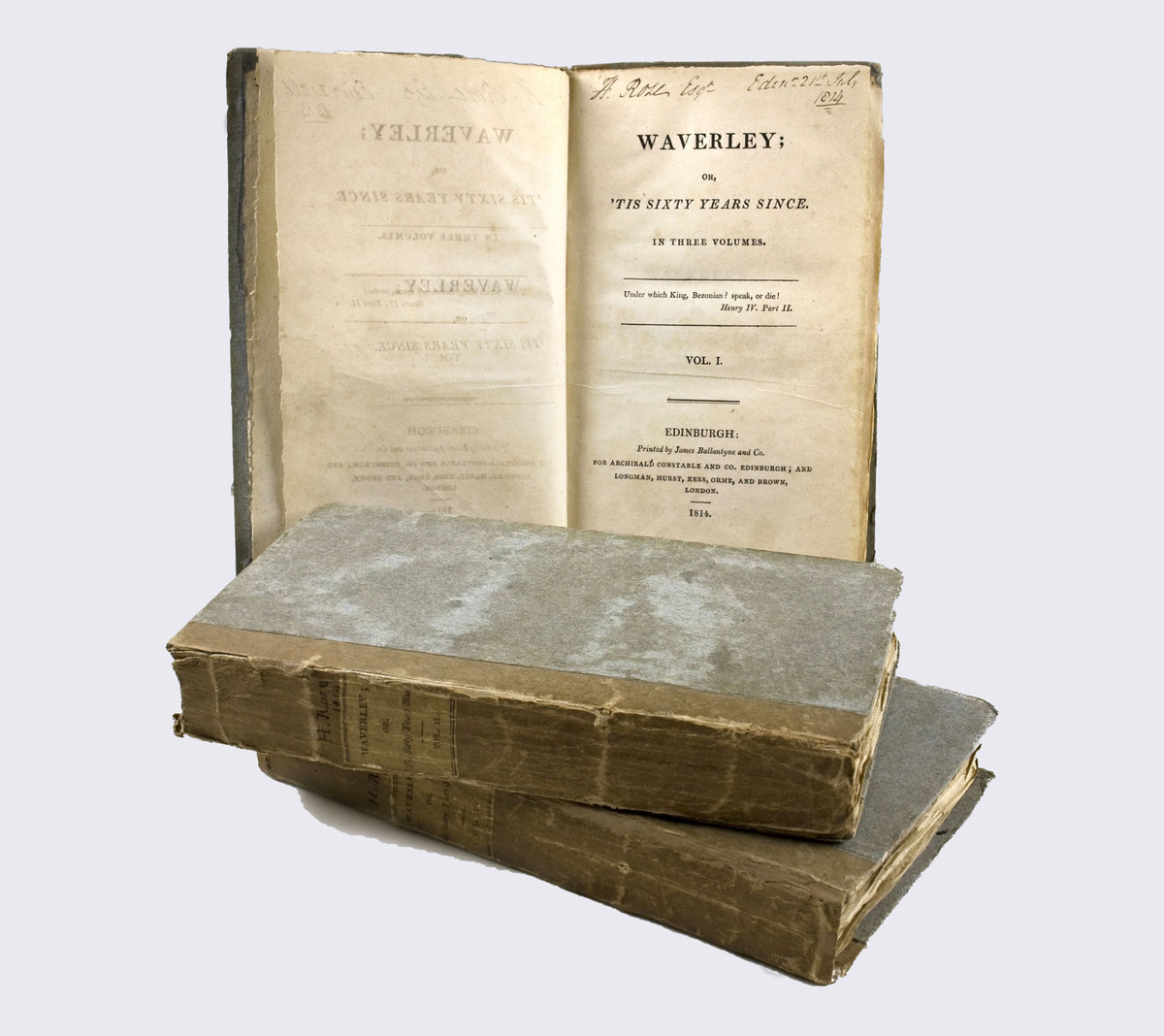 Scott’s first novel Waverley is also perhaps the best-known of his works today. This book and those that followed formed the pattern for historical fiction and set the author off on a path to worldwide fame. This first edition, made up of three volumes, is part of the Walter Scott collection assembled by Bernard C. Lloyd and now at the University of Aberdeen.

But what is the connection between Walter Scott and song? This exhibition will show that Scott was closely connected to song throughout his life. He began his writing career collecting traditional ballads that were sung in Scotland. Many of his literary works were adapted into musical forms, and he wrote poems with the purpose of having them set to music.

Though he is best known today for his fiction and influence on Scottish national identity, Scott’s musical legacy remains with us too, spanning a diverse range of genres, from popular music to opera.

In 1811 Scott purchased a farmhouse which he later renamed Abbotsford. Over the next 14 years he used the money he earned from his books to buy land and build a new house. Located in the Scottish Borders he so loved, the house includes a superb library. Leading photographer William Henry Fox Talbot captured the house for his Sun Pictures in Scotland monograph in 1844.

Kindly lent from the collection of Dr William Zachs.