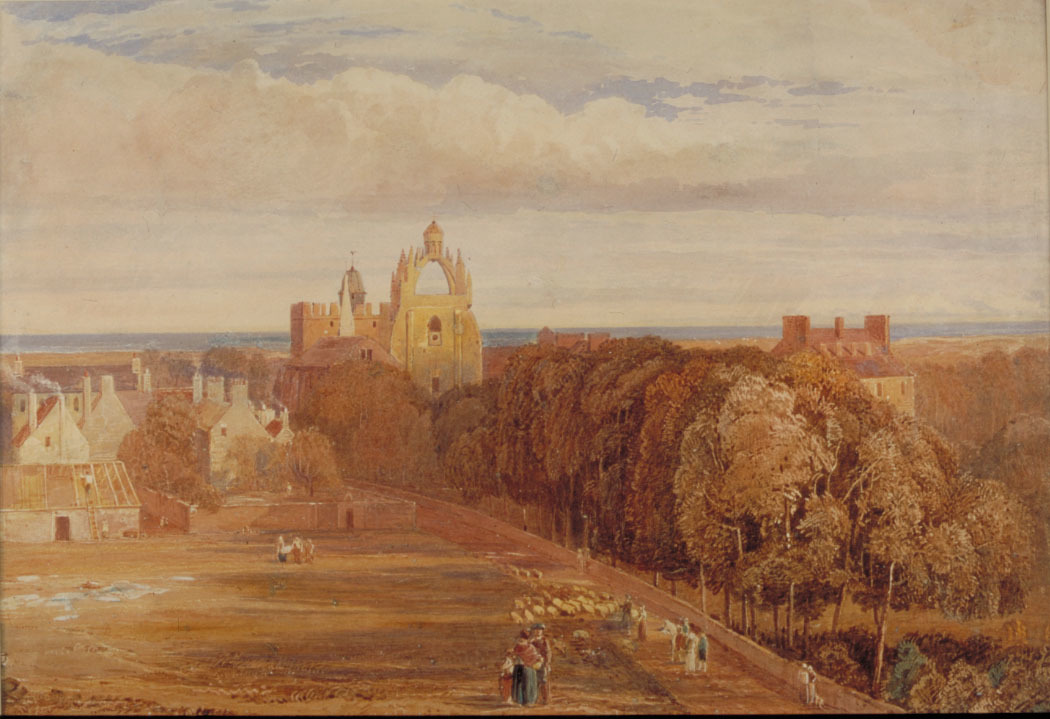 A watercolour painting of King's College and rural Old Aberdeen in the early-mid 1800s, by Francis Oliver Finch 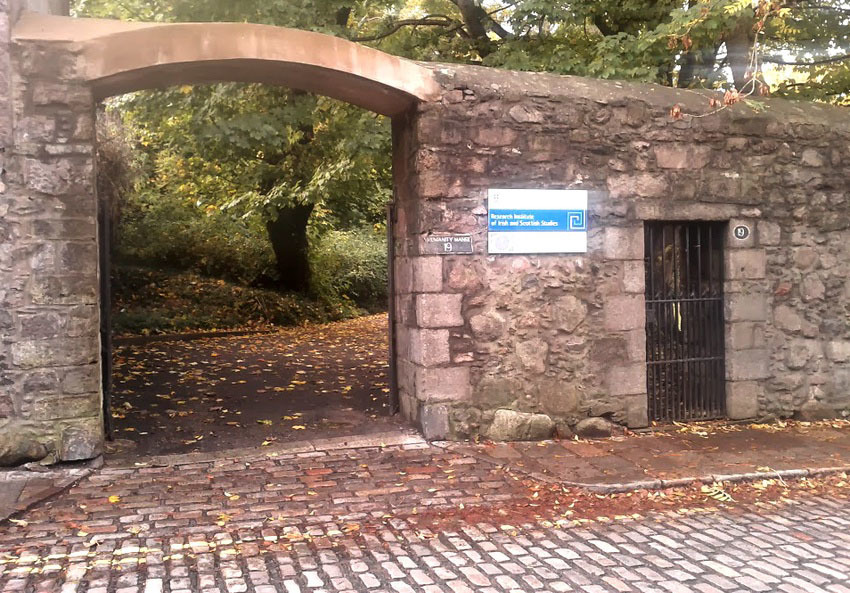 Humanity Manse, where Anna Gordon lived, is on College Bounds in Old Aberdeen.

One of Scott’s sources was Anna Gordon from Aberdeen (known after her marriage as Mrs Brown of Falkland).

Gordon was the daughter of a professor at the University of Aberdeen who lived in what is now Humanity Manse (the Research Institute of Irish and Scottish Studies). According to her father, she had a ‘tenacious memory, which retained all the songs she had heard the nurses & old women sing’ during a stay with an aunt near Braemar, in Aberdeenshire.

Robert Eden Scott, Anna Gordon’s nephew, wrote down the songs as she sang them, producing a manuscript of the music and lyrics for the many ballads she had memorised. Although Scott and Gordon never met, her manuscripts – including one in her own hand – found their way to Scott through friends and acquaintances.

Nine of Anna Gordon’s ballads appeared in Minstrelsy of the Scottish Border, where they were accompanied by notes and introductions by Scott. 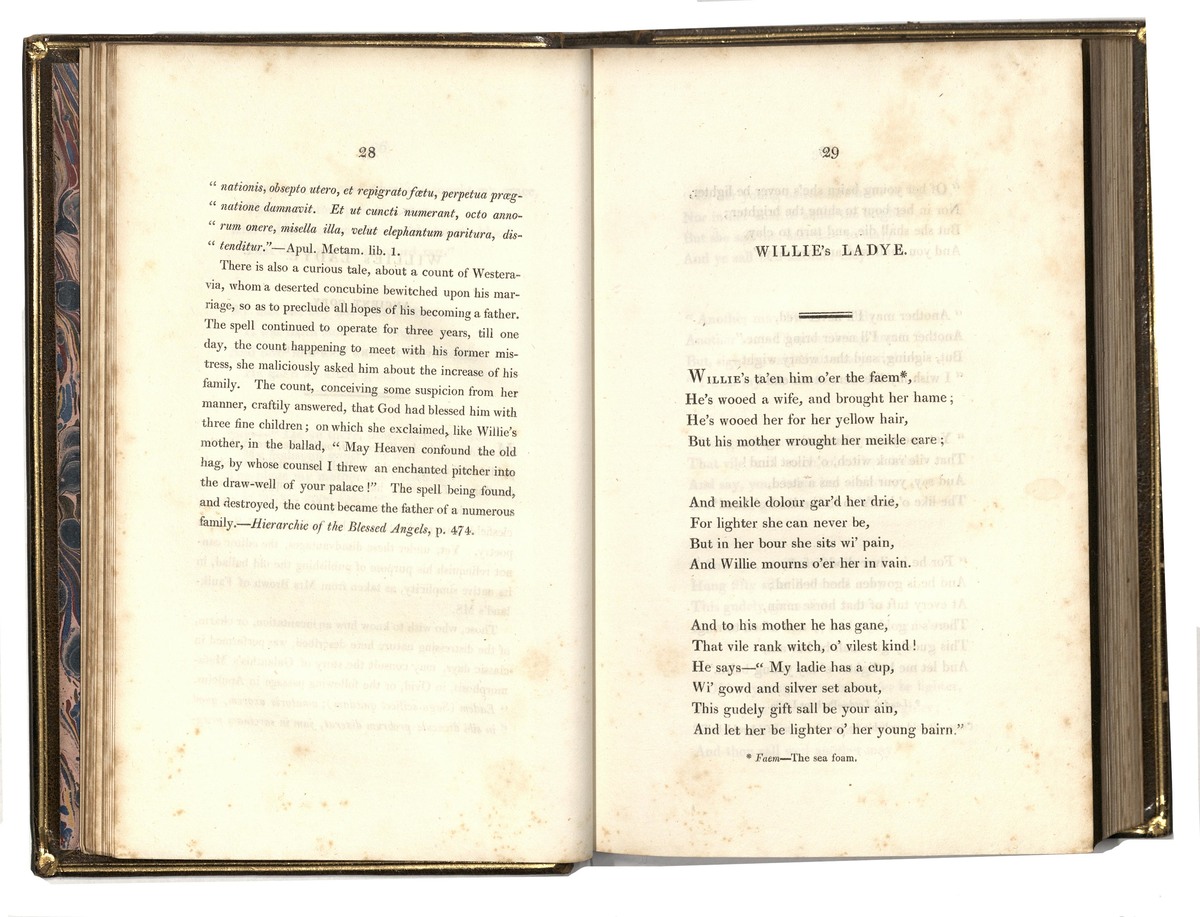 ‘Willie’s Ladye’ in Minstrelsy of the Scottish Border

'Willie's Ladye' was one of the ballads in Anna Gordon's repertoire that most likely made its way to Scott through the manuscript he was lent by Alexander Fraser Tytler. Gordon had learned the ballads she sang from other women - her mother, aunt and maidservant - and this ballad also told a story concerning women. In the ballad, Willie's wife cannot give birth due to a curse put on her by Willie's mother. The ballad may have originated as an attempt to explain problems women experienced during pregnancy and childbirth, which were poorly understood.

Rachel Sumner is a folk singer and songwriter based in Boston, Massachusetts. She first performed this adaptation of 'Willie’s Lady' in 2015, when invited to sing in a concert to launch the novel Wayfaring Strangers: The Musical Voyage from Scotland and Ulster to Appalachia by Fiona Ritichie. The song has since become a staple in her shows. Her cover takes her favorite lyrics from the ballad and arrangement ideas from various versions and combines them to create an urgently paced bluegrass feel. 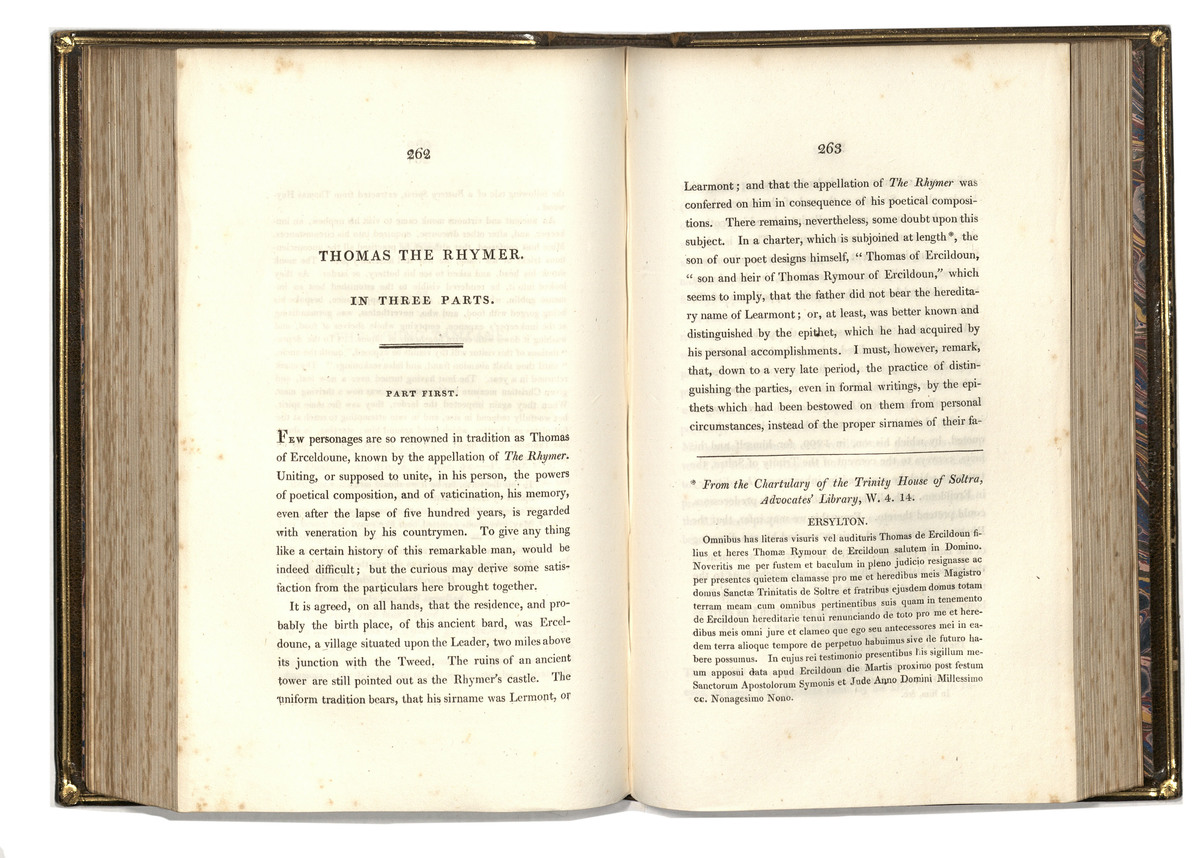 ‘Thomas the Rhymer’ in Minstrelsy of the Scottish Border

This is one of the best known ballads contributed by Anna Gordon. Thomas the Rhymer was a legendary figure from the Scottish Borders, believed to have lived in the 1200s and have prophetic powers. Anna Gordon, in the manuscript she gave Alexander Fraser Tytler, titled this ballad 'Thomas Rymer and Queen of Elfland', because it tells the story of how the young Thomas gained his wisdom in the service of the Queen of Elfland.

‘Thomas Rhymer’ (Child #37), by Ewan MacColl, available on Bandcamp, is taken from The English & Scottish Popular Ballads (The Child Ballads) Volume 1. It is a slightly different version from that which Anna Gordon contributed to Minstrelsy of the Scottish Border.