Quotation taken from The Journal of Sir Walter Scott edited by W.E. K. Anderson. Scott wrote the words to the song 'Pibroch of Donuil Dhu'. 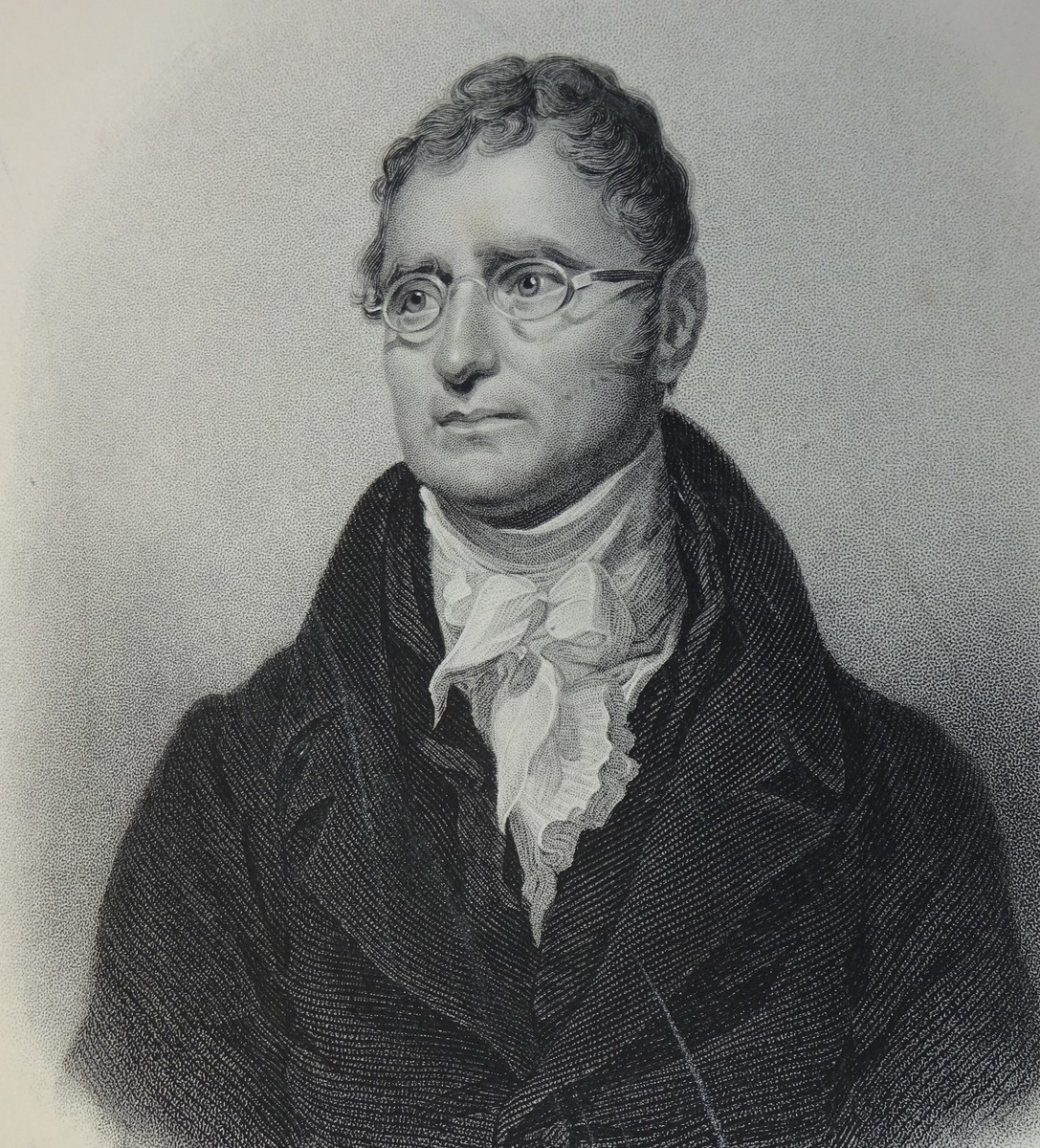 Scott wrote the words for original songs that featured in some of the most important song collections of the Romantic period.

George Thomson (1757-1851) was a collector of folksongs from across Britain, and the director of the first Edinburgh Music Festival. Along with the poet Robert Burns, Scott contributed songs to Thomson's collections of Scottish, Welsh and Irish songs over many years. Thomson commissioned the renowned musicians Joseph Haydn and Ludwig van Beethoven to provide the songs' musical settings.

The most famous song that Scott wrote is probably ‘The Bonnets of Bonnie Dundee’. It was first published in 1828 before being reprinted by Thomson in an edition of Melodies of Scotland and as part of Scott’s play The Doom of Devorgoil. This political song celebrates John Graham, 1st Viscount of Dundee’s opposition to William III’s ascent to the throne in 1689. Scott describes the writing of the song in his Journal. 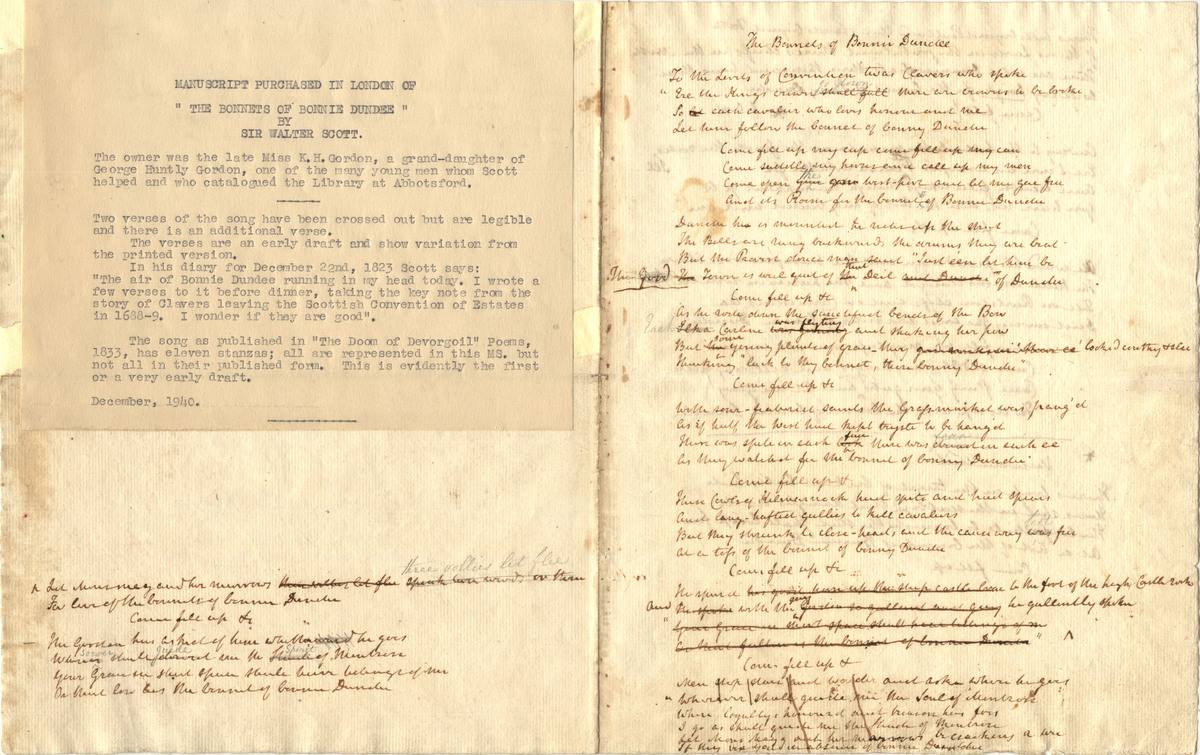 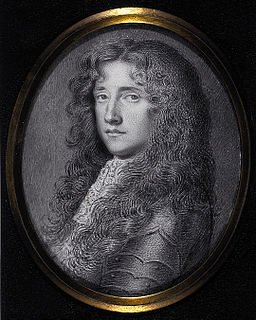 Manuscript of ‘The Bonnets of Bonnie Dundee’
Walter Scott

This manuscript is now held by Dundee Central Library. The song, which Scott adapted from an older one, is about John Graham, the laird of Claverhouse and Viscount of Dundee. Graham earned the nickname 'Bonnie Dundee' and became a Jacobite hero after leading the Jacobite uprising in 1689. The Jacobites were supporters of James II and wanted him restored to the British throne after he was deposed by William III. The song appears as number 122 in the Edinburgh Edition of Walter Scott’s Poetry.

With kind permission of Libraries, Leisure and Culture Dundee 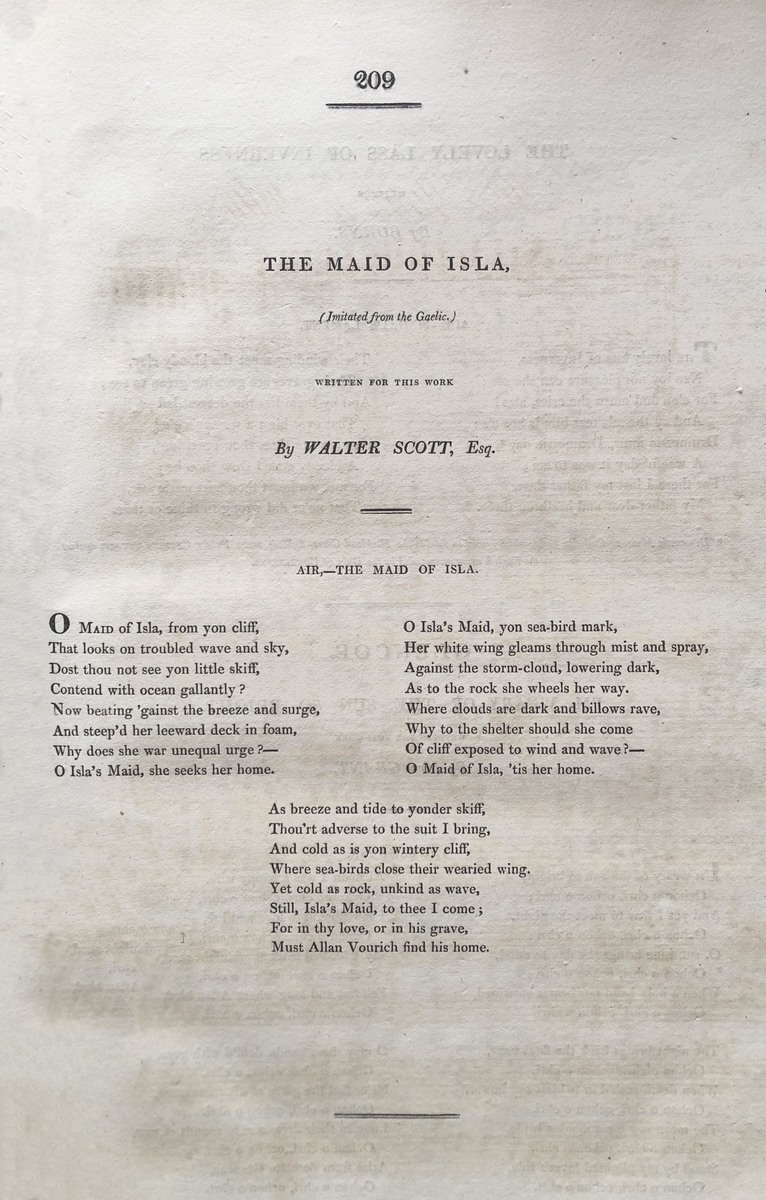 'The Maid of Isla' in A Select Collection of Original Scottish Airs Vol. 1
George Thomson

Normally a song involves a poet's words interpreted by a composer, but Thomson would supply Scott with a tune already harmonised and commission words to fit, as here with 'The Maid of Isla': music by Beethoven, and words by Scott.

The song appears as number 105 in the Edinburgh Edition of Walter Scott's Poetry. 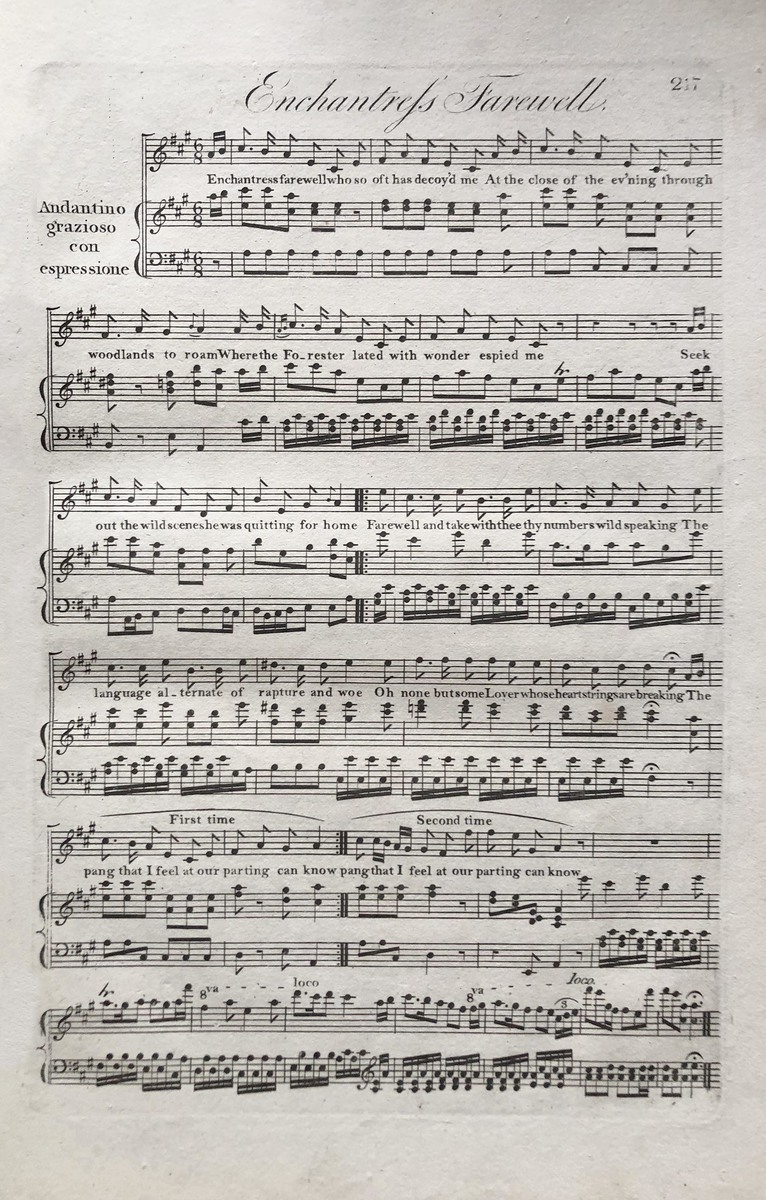 'Farewell to the Muse' in A Select Collection of Original Scottish Airs Vol. 1
George Thomson

Scott wrote 'Farewell to the Muse’ to a tune composed by Kinloch of Kinloch and set by Beethoven. Thomson helped to inspire Scott in his song writing by sending him the melodies of the songs, and telling him of the music's emotional qualities.

This song appears as number 103 in the Edinburgh Edition of Walter Scott's Poetry. 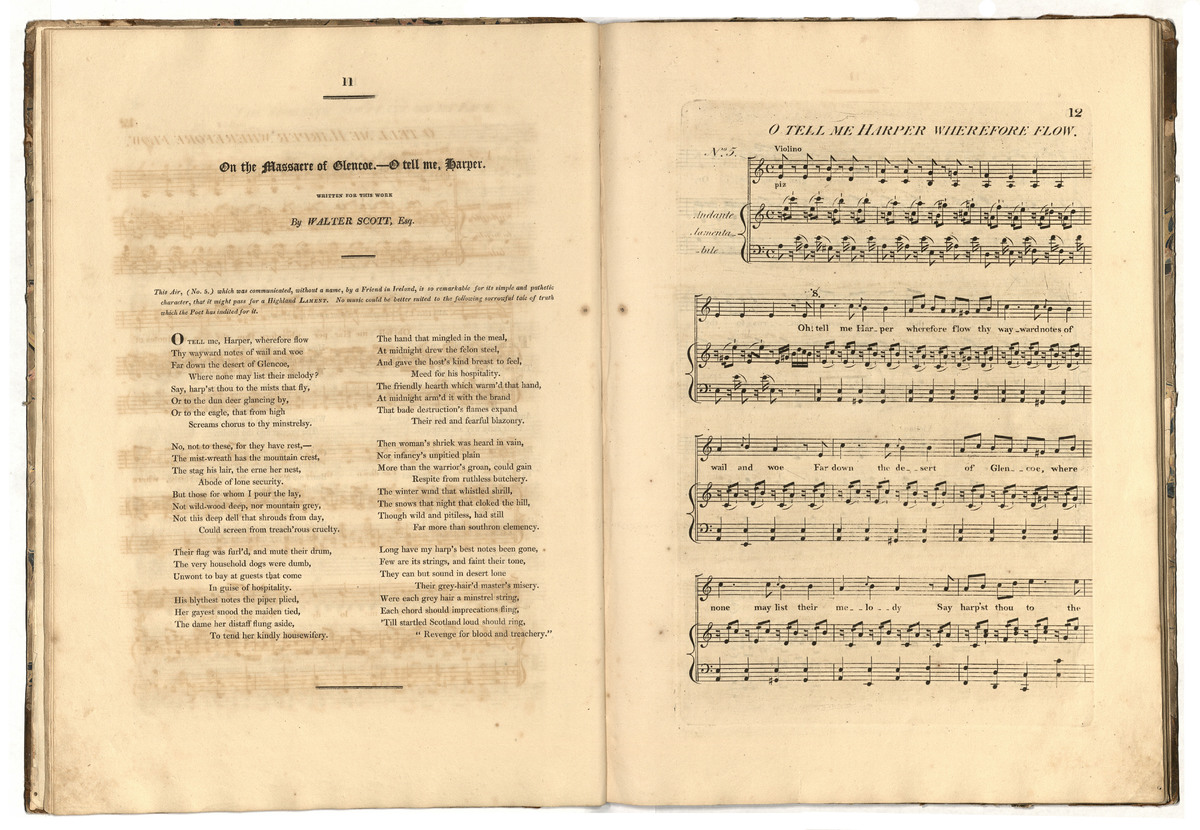 Scott was interested in commemorating resonant moments in Scotland's past, and wrote this song in remembrance of the massacre of the Macdonalds of Glencoe in 1692. The story of the massacre was a brutal and shocking one. Captain Robert Campbell of Glenlyon led government forces in the killing of around 30 members of the Macdonald clan, for having failed to take an oath of allegiance to King William III.

The song appears number 74 in the Edinburgh Edition of Walter Scott's Poetry.