"I've always been a huge fan of the Aberdeen Student Show and used to take my daughter, Rhianne, who then went on to perform in the Show for five years. She made lifelong friends and even now, six years later, a group of twenty of them refuse to part!" 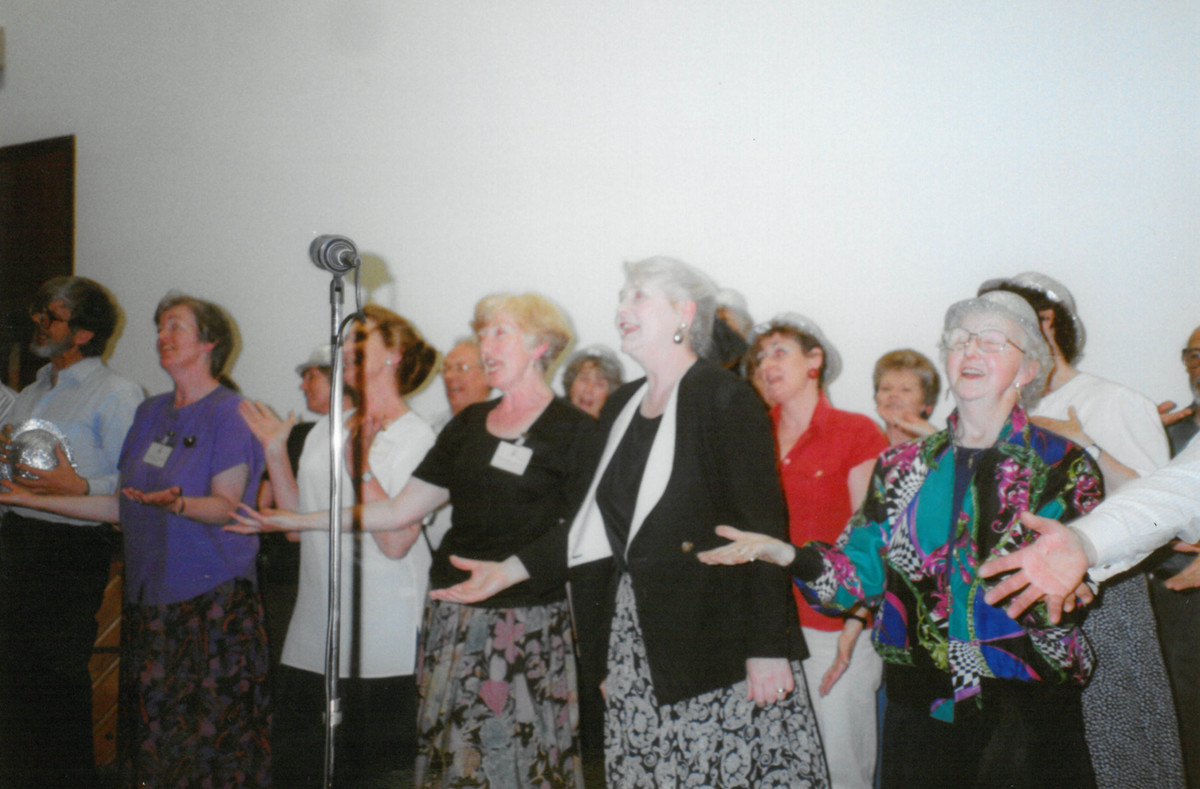 Rehearsing for the 1995 reunion show

The legacy of the Student Show is an expansive and profound one. The Show has raised significant amounts of money for local charities over the years, while also launching the careers of many of North-East Scotland’s most talented writers and performers. So here’s to Show - there's nothing like it!

For those who have participated in the Student Show throughout the years, apart from being tiring, nerve-wracking, and enormous fun, the experience has engendered a lasting sense of community.

This has led to the success of various reunion weekends, particularly in 1995, 2000 and 2005, as former cast members and crew returned to their alma mater to see friends and remember happy times. The reunion took its name from the song ‘Spirit of the Show’ written by George Low and Reginald Barrett-Ayres, who also produced shows in the 1950s and 1960s. Among many events organised as part of the weekend celebrations for Spirit of Show II, in 2000, were three mini cabarets performed by former cast members. Roddy Begg, former University Secretary, who performed in the show as a student and later produced shows, was instrumental in organising the reunion events.

It had been hoped to host a Spirit of Show reunion to coincide with the centenary of the Show in 2021, but this has not been possible due to the Covid-19 pandemic. However, 'Freezin', the most recent creation by the Student Show team, should finally make it to the stage in September 2021!

What makes Student Show so special?

We asked the actor Laura Main, who, after her days in show, went on to star in the Stephen Sondheim musical Company, BBC drama Call the Midwife, and lots more. 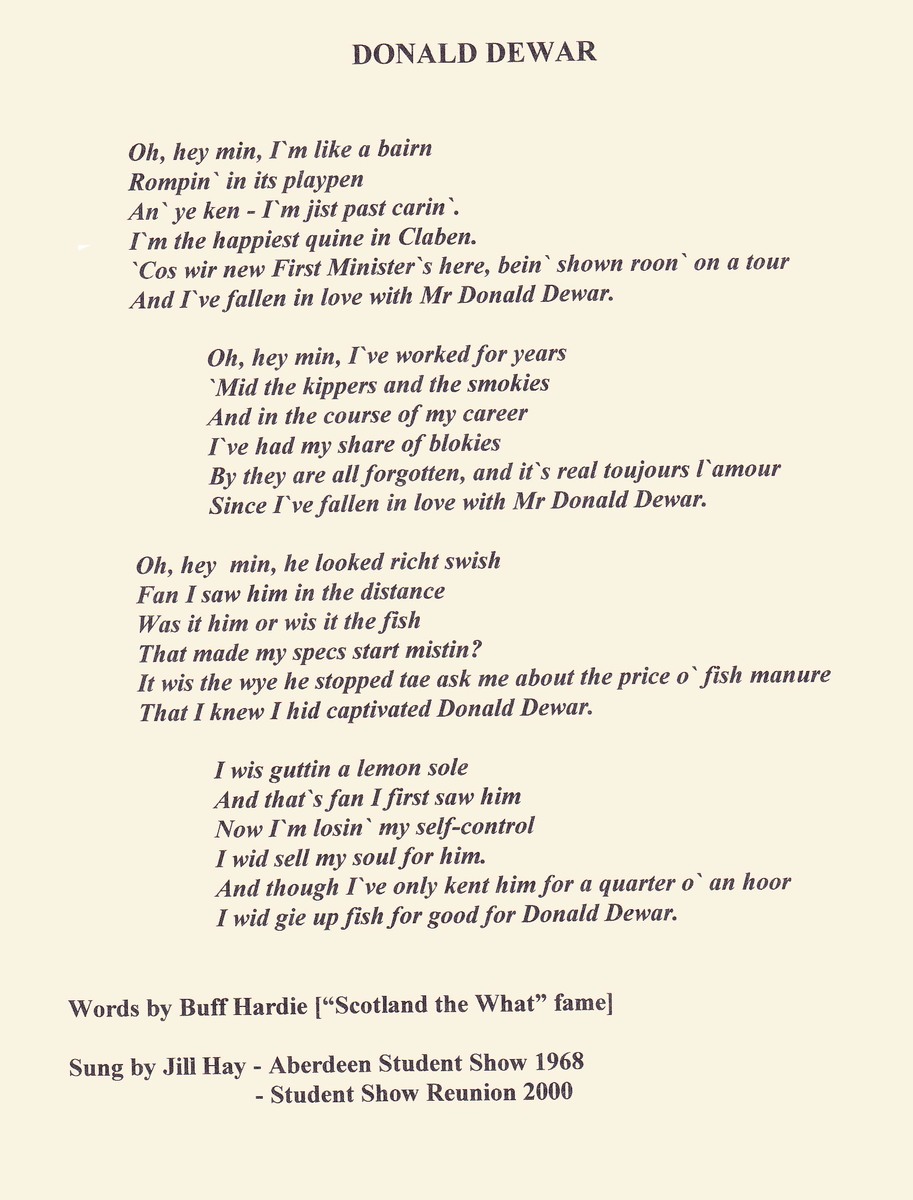 Former writer and performer, Bob Irvine, also had a poignant memory to share about Show's significance to him.

"As a youngster growing up in Aberdeen, one of our treats was going to see the annual Student Show. One number in particular stands out in my memory.

Many years later I worked with Mr. Dewar while he was Secretary of State for Scotland. Both myself and Jill Hay, who kindly shared the song lyrics with me when I met her at the 2000 reunion, were certain Mr. Dewar would love the song. Tragically, he died before I was able to share it with him."

Bob Irvine, Script Writer and Performer for 'Fit Next!, 1974

This photo album contains photographs and scraps from the 1936 show 'Out for the Count', all lovingly arranged and annotated within the album's pages. It is demonstrative of how, even in its infancy, Student Show meant a great deal to those who took part in it. The photographs show the front of His Majesty's Theatre, sales staff selling tickets and J.F. Mackay, the director, surrounded by cast and crew. 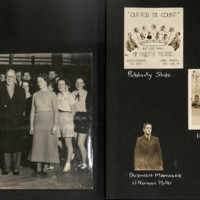 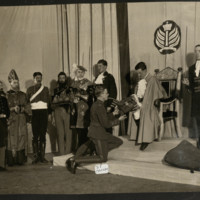 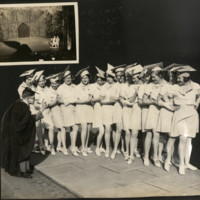 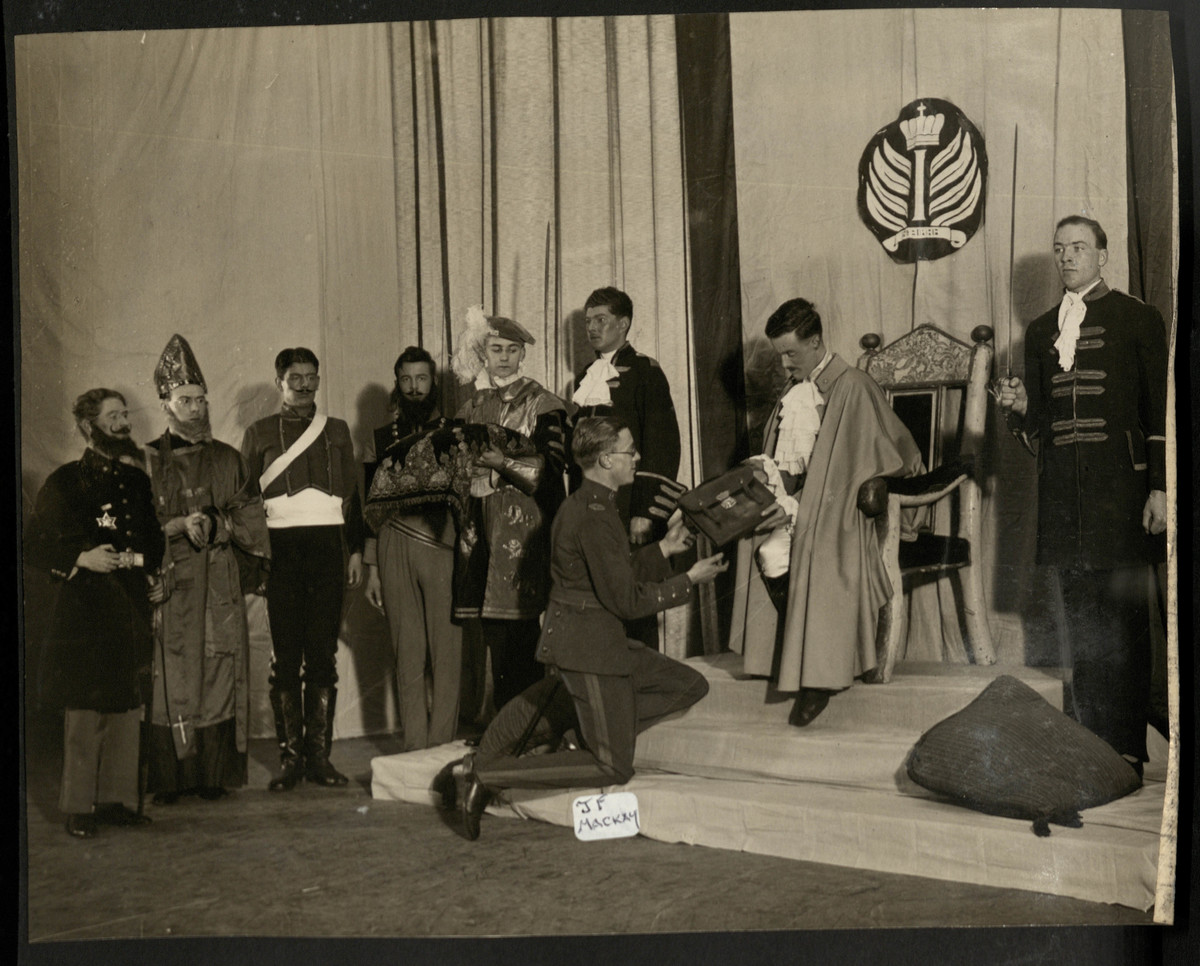 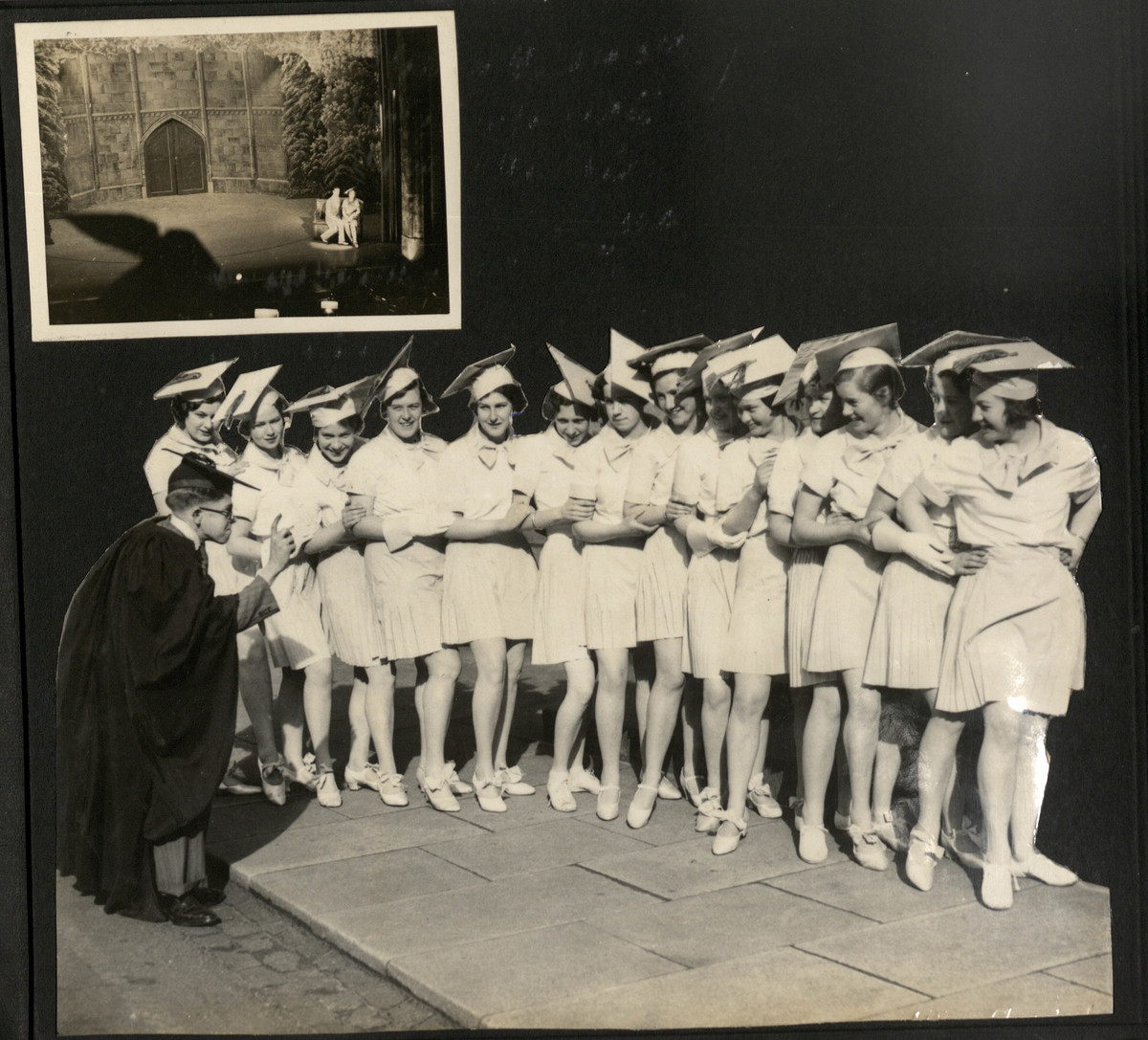 A group of former Student Show performers reunited in 1995 for a special Gala Night show, reviving some favourite songs and dances from previous years. Buff and Margaret Hardie were among them, whose son, John Hardie, was directing that year's main show, 'The Sound of Mastrick'. When asked by the Evening Express journalist why Show was so popular, Buff answered, 'The Aberdeen public enjoy all that youthful enthusiasm, and they like hearing their own dialect on the stage.' 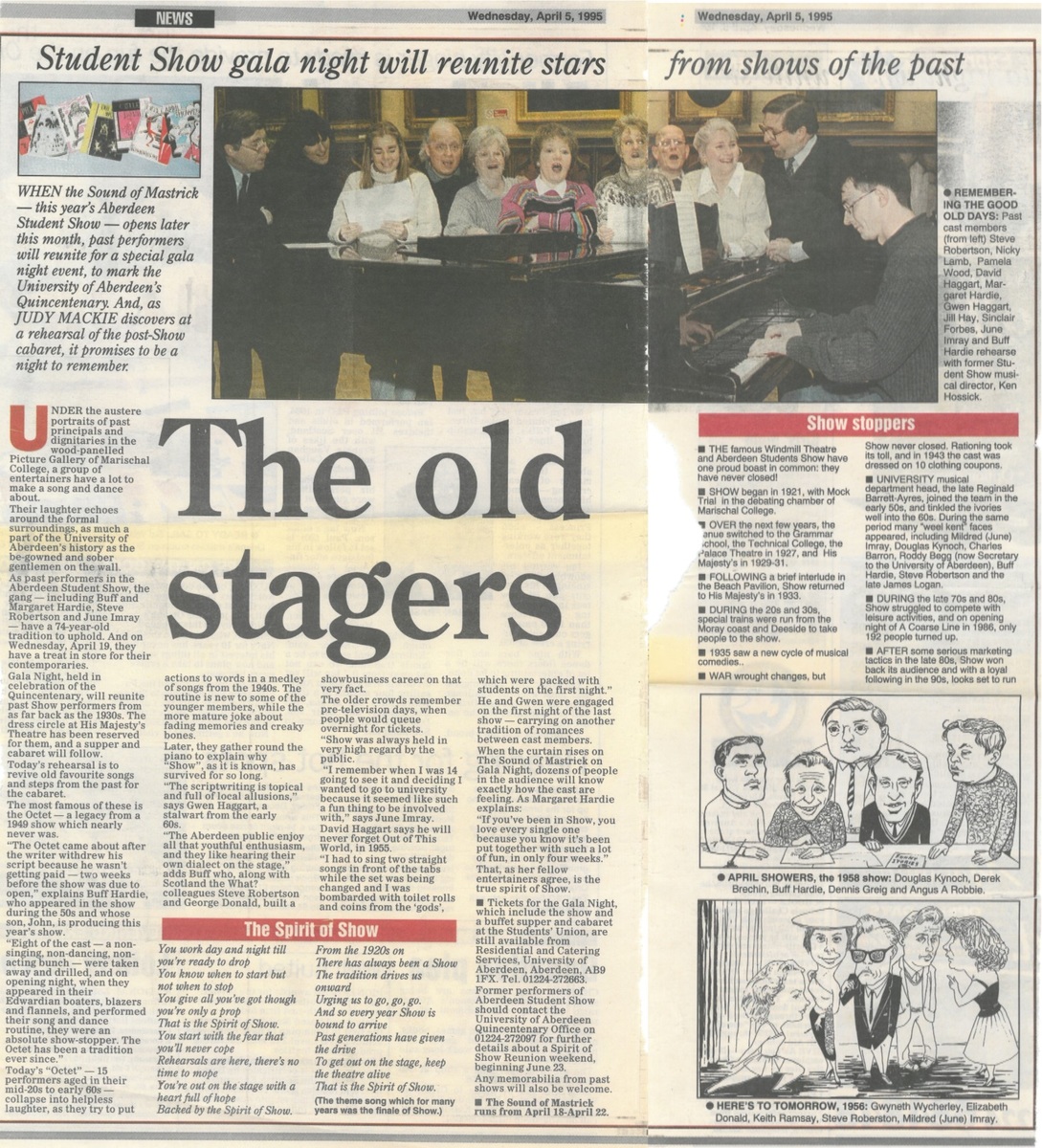 The Student Show has regularly garnered attention from local press and, in 1985, a 'Who's Who?' was published in North-East magazine, Leopard, celebrating some of Show's most dedicated contributors. One of the longest-serving of those featured was then stage director George Sinclair, who had been involved with Show for forty years by that point.

Read today, it is striking how many of the most high-profile figures in the article are men. While they did jobs like writing and directing, women tended to be found in wardrobe and dance choruses. Show's roles are more evenly distributed nowadays, while the essential work of costume design and choreography is highly valued. 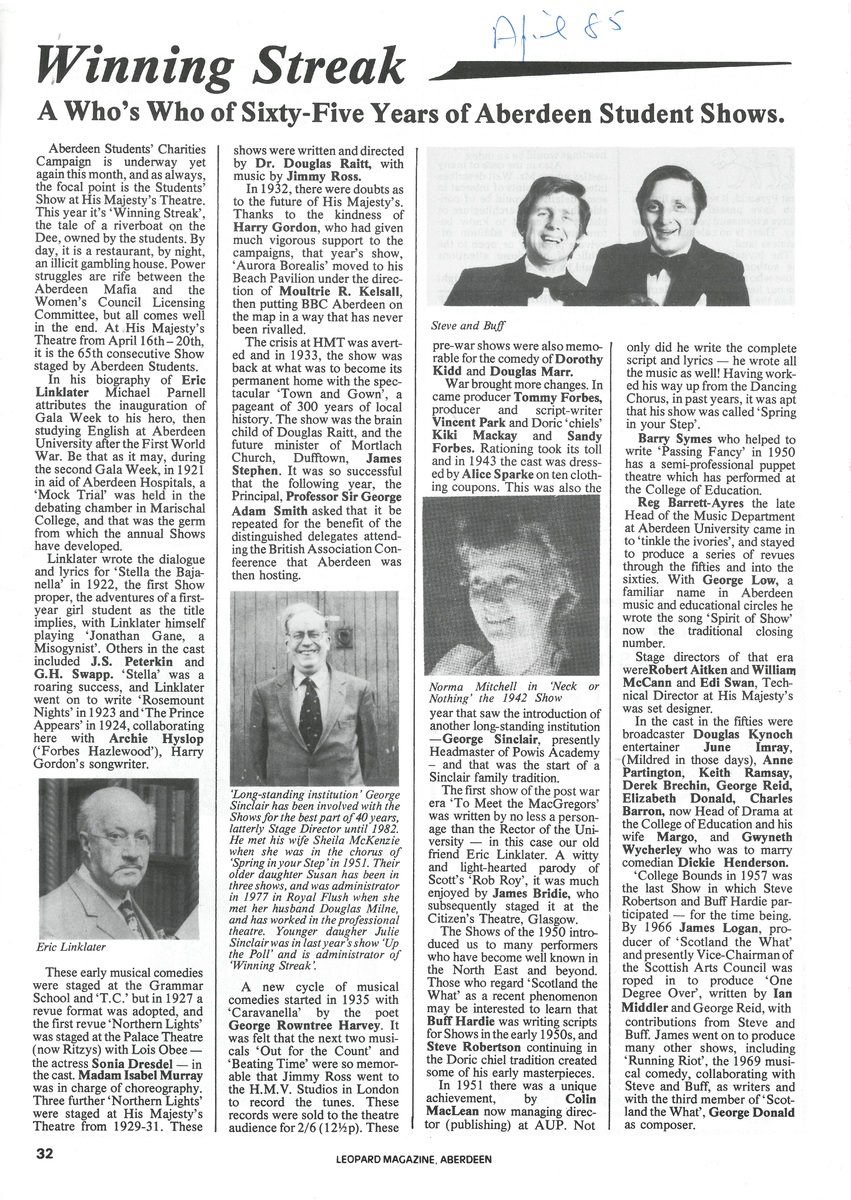 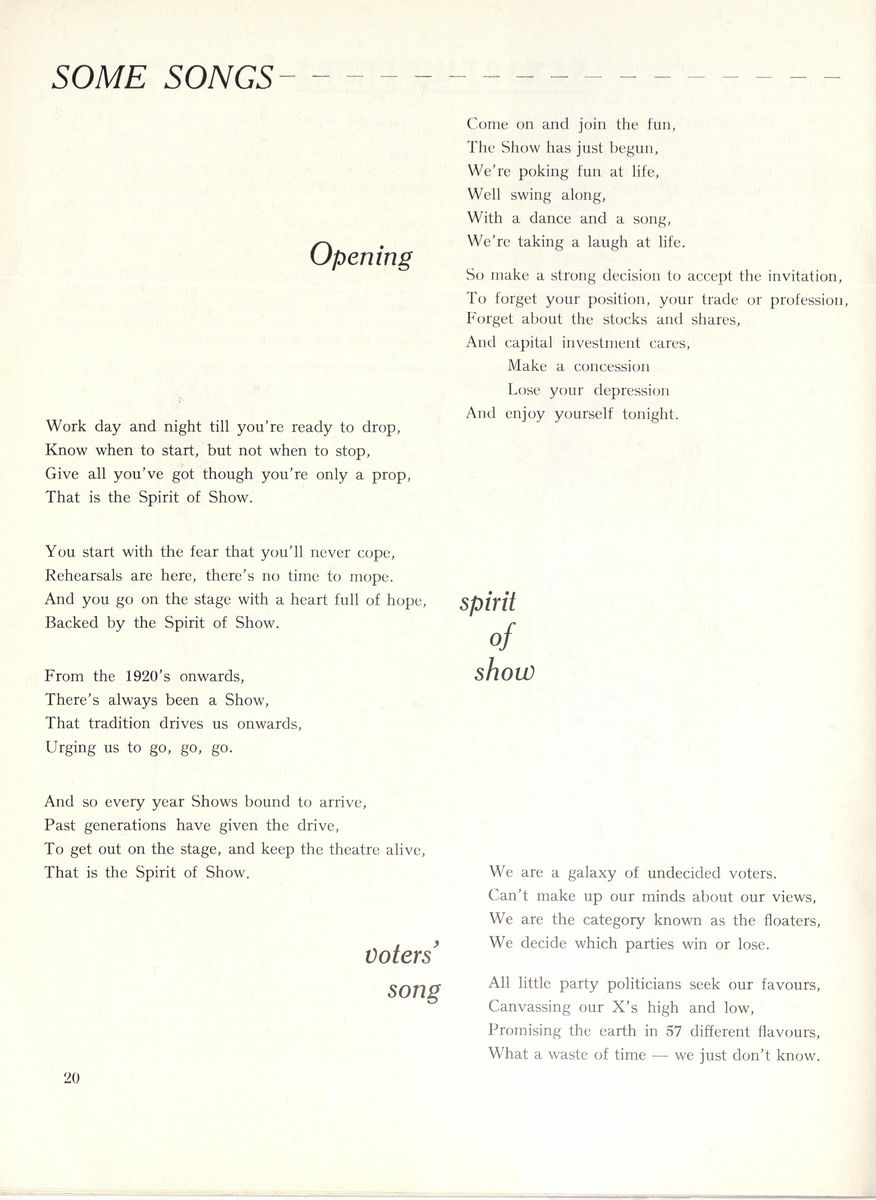 Written by Reginald Barrett-Ayres and George Low in the 1950s, 'Spirit of Show' has been something of an anthem ever since, and has been sung at every Show reunion. The lyrics appeared on the 'hymn sheet' for the 1995 reunion, alongside 'The Doric Song' from 1989, and 'Mounthooly', from 1990.

The version pictured here is from the 1963 souvenir programme for 'What a Life'. 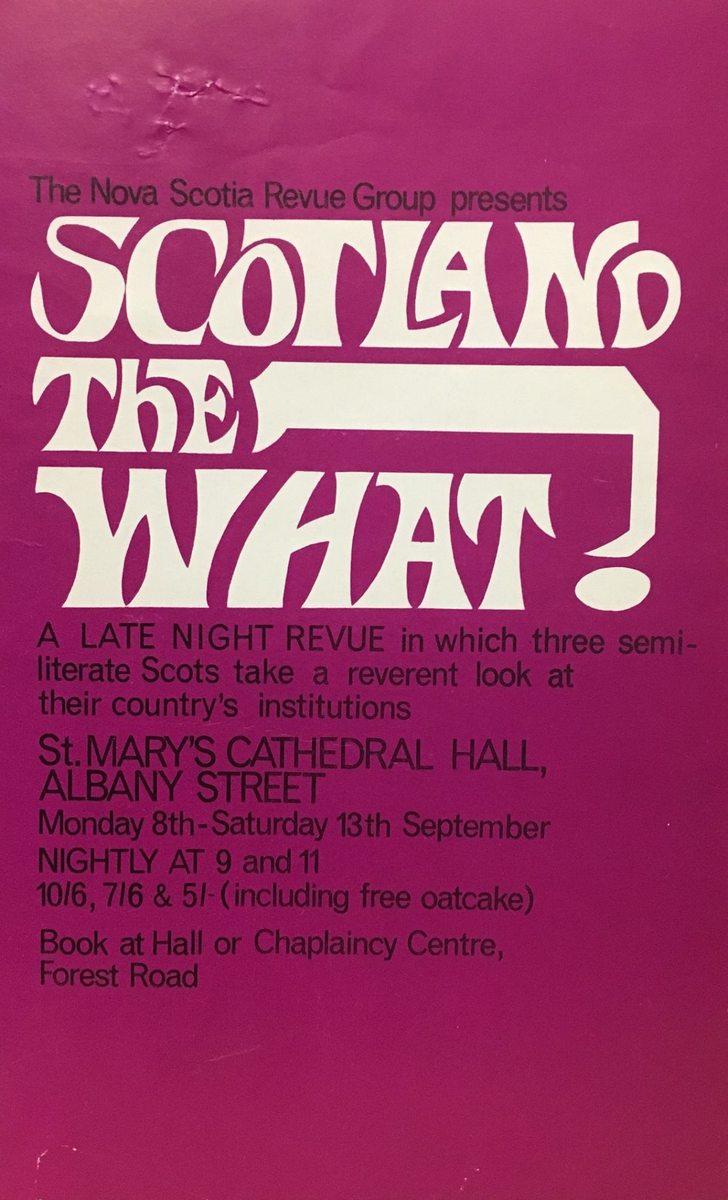 'Scotland the What?' flyer

A number of performers in the Student Show went on to be successful comedians and actors. In particular, Buff Hardie and Steve Robertson of 'Scotland the What?' fame began writing scripts and performing in the show in the 1950s, and continued their involvement even after completing their studies, writing the script and lyrics for ‘Element of Surprise’ in 1963.

The comedy troupe also contained George Donald, and was directed by James Logan and later Alan Franchi. In 2008 the trio was awarded Freedom of the City of Aberdeen 'for makin' a'body laugh.' 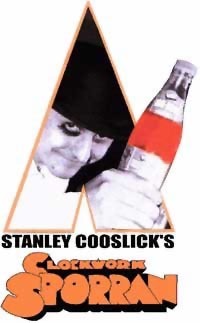 When Scotland the What? received their Freedom of the City of Aberdeen award at a Civic Reception in 2008, their friends and fellow Student Show graduates, The Flying Pigs, performed at the ceremony.

The Flying Pigs' first stage show, much like a Student Show, had a pun for its title; it was called 'The Last Tango in Powis'.

Low score? Never fear! There are plenty of ways to swot up on the history of Show. Try looking over the exhibition again. Or, check out these blog posts containing more fascinating details about various eras of the Student Show by Joe Johnston.

The Varsity Spirit: Student Show in the 20s and 30s

Hold that Smile: Student Show in the 1940s

Student Show through the Decades

Alternatively, book tickets to see the show in September 2021, or go and see The Flying Pigs in their upcoming production, 'The Rothienorman Picture Show'. Details are on their website.

← Reviews Are In
Spirit of Show