"One of my happiest memories of directing the Student Show was listening to the audience reaction on opening night. It always amazed me how much love and support was in the theatre, not only for the cast and everyone involved, but also for the history and tradition that is at the heart of the Aberdeen Student Show."

Michelle Bruce, Director of 'Spital Shop of Horrors', 2013
and 'Wullie Wonkie and the Fine Piece Factory', 2014

Ivver year since 1929, Student Show ha' bin performed a' His Majesty's Theatre in Aiberdeen. Sae, imagine ye hiv got yersel a dram an' a’ sittin’ up in tae gods wi’ yer family an’ freens -  sit back, relax an’ enjoy tae show(s)!

Every year since 1929, Student Show has been performed at His Majesty's Theatre in Aberdeen. So, imagine you have got yourself a drink and are sitting 'up in the gods' with your family and friends - sit back, relax, and enjoy the show(s)! 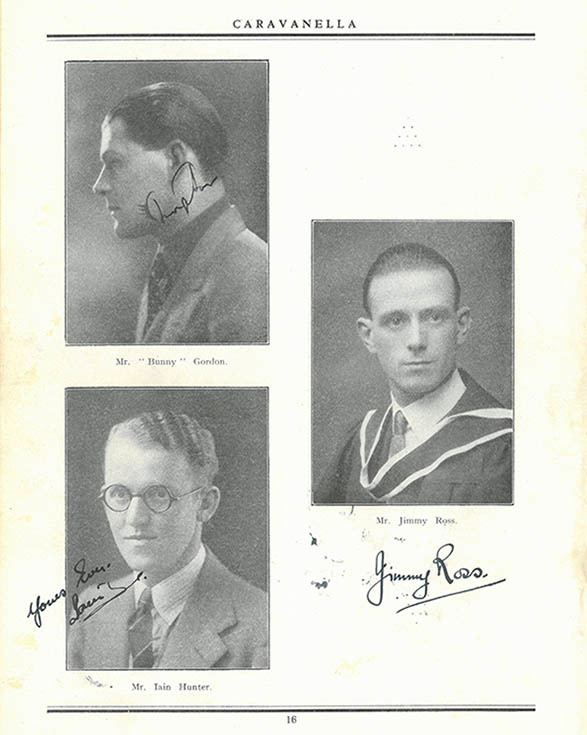 Ross and Hunter can be seen on the right, along with their co-star "Bunny" Gordon. 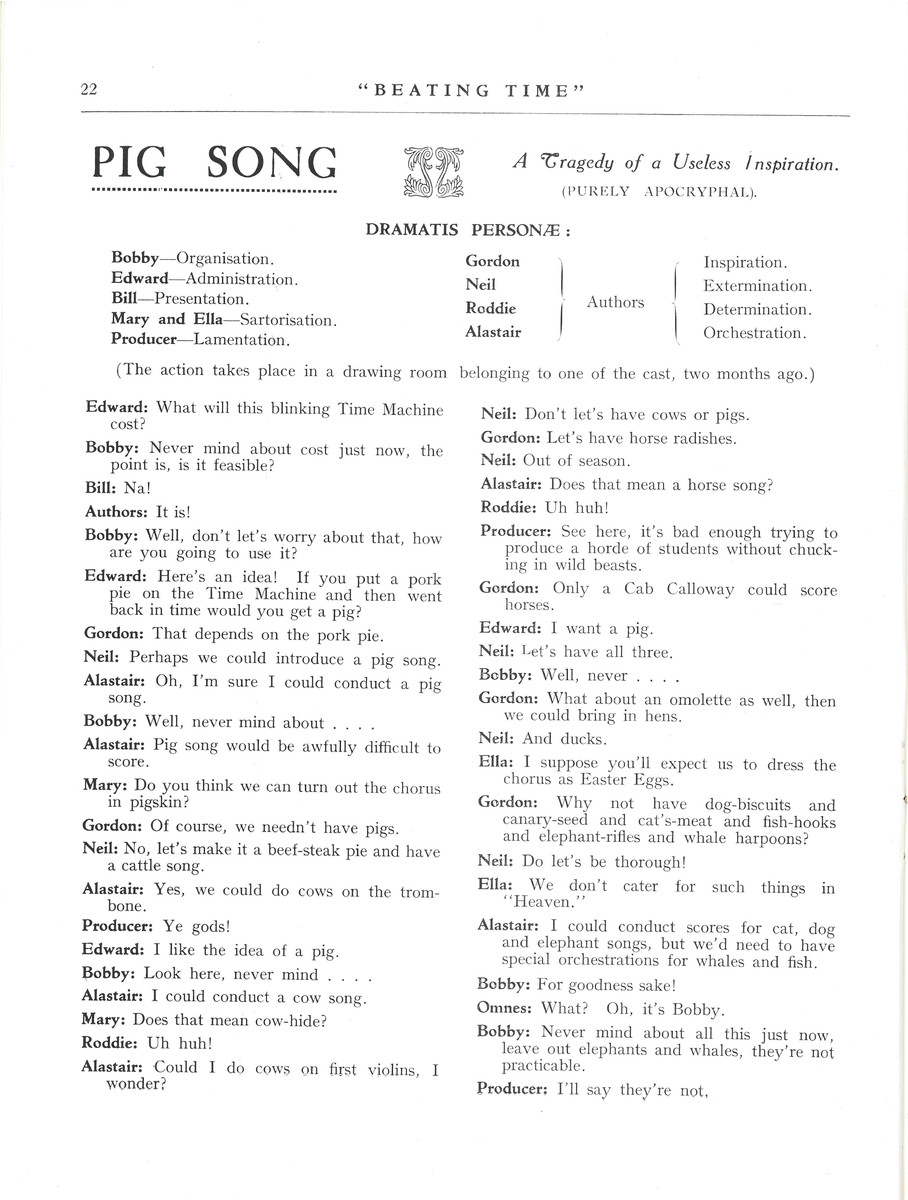 To the left is a page from the 'Beating Time' souvenir programme, containing a humourous imaginary scene about the origins of that year's show. 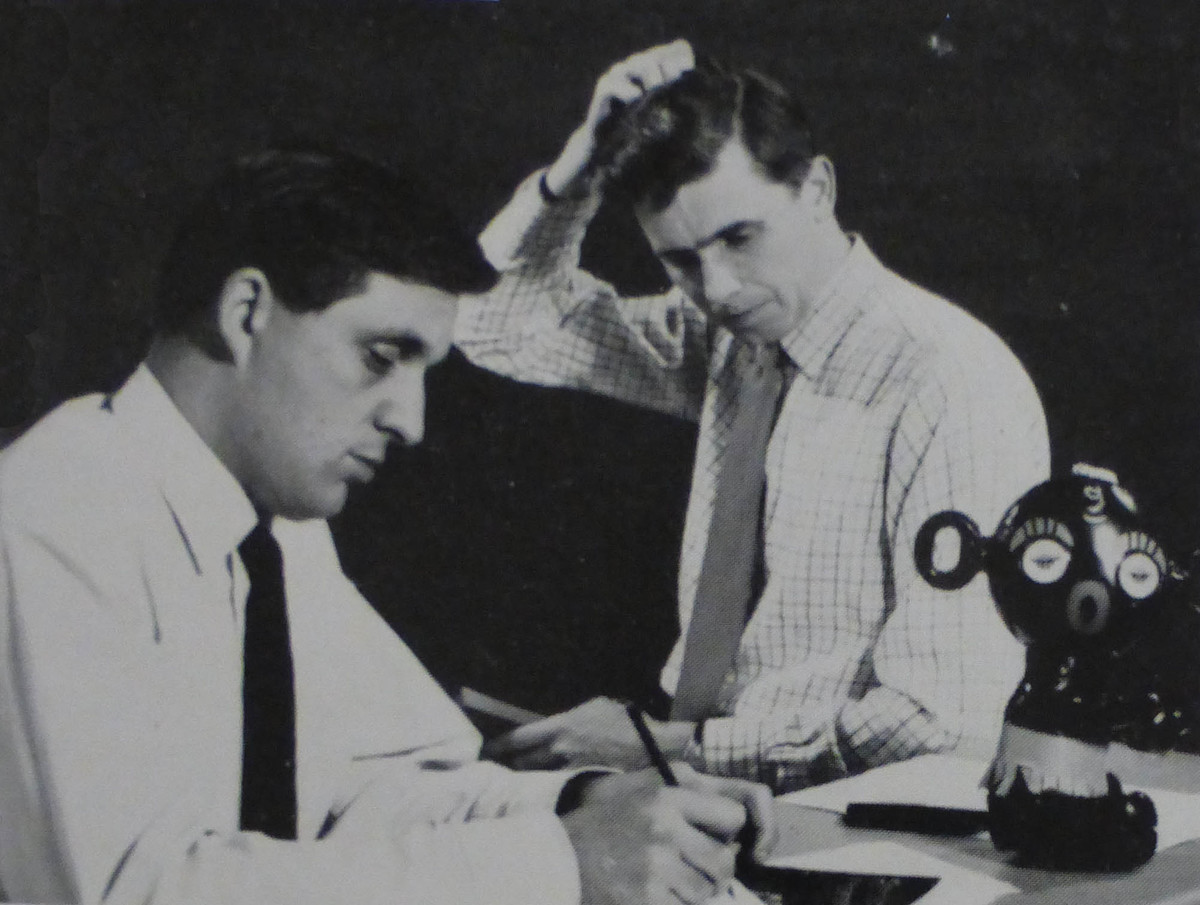 Buff Hardie and Stephen Robertson wrote the 1963 show, and are pictured here in that year's souvenir programme.

UoA Collections · 'I'll Love You' from 'Elements of Surprise'

'Evening Classes in Doric' from 'Element of Surprise'

UoA Collections · 'Evening Classes in Doric' from 'Elements of Surprise' 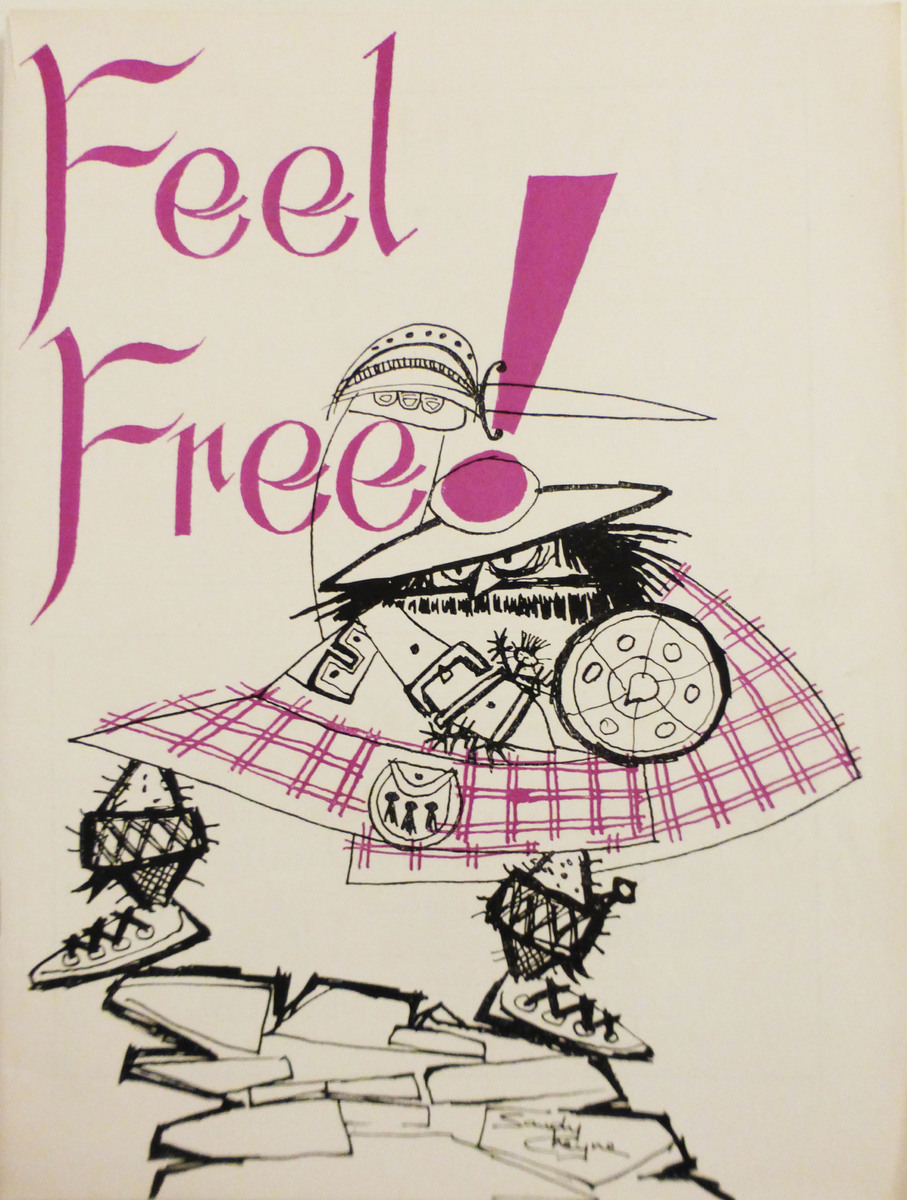 'Feel Free' was Reginald Barrett Ayres' penultimate show as Director. This song, with the same title of the show itself, is performed here by the whole chorus.

Head back to 'Rehearsals' to see how this performance looked during the rehearsal, and get a sense of what a difference the HMT stage can make!

Sung to the tune of 'Supercalifragilisticexpialidocious' and accompanied by impressively speedy choreography, this song from 'Mary Torphins' was one of 2012's stand out moments.

And now for a sing-along!

In this video, the untiring Eric Crockart treats us to another performance, this time of the song 'The Gentlemanly Oilman' from 1977's 'Royal Flush'. The song was written by Eric Crockart and Willie Reid, and performed by Willie Reid.

The music starts at 2:57 after an introduction from Eric.

← The Dressing Room
Reviews Are In →
Opening Night