"Never surely in legal history has there been such a remarkable case as the Mock Trial of the Gala Week."

The first ever Student Show took place a hundred years ago during 1921’s Gala Week (Charities Week), when students at the University of Aberdeen threw themselves into raising money for Aberdeen Royal Infirmary. The Debating Society’s performance of a ‘Mock Trial’ was so successful that they were asked to produce a whole show the following year.

‘Stella the Bajanella’, written by Eric Linklater (future author and University Rector) with music by John S. Taylor, was the first musical comedy Student Show, and was performed at Aberdeen Grammar School in 1922.

The lead role of Stella was played by Jean Mackay, sister of James F. Mackay, who also had a prominent role in several student shows in the 1930s. The theme song for 'Stella', which Jean performed, remained a popular Show song for many years afterward.

The previous year's ‘Mock Trial’ had been held in the Debating Chamber at Marischal College, and had centred around a ‘breach-of-promise’ case – a legal case brought against someone for breaking off their marriage engagement. 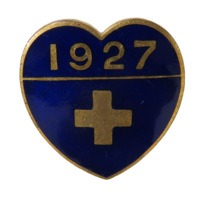 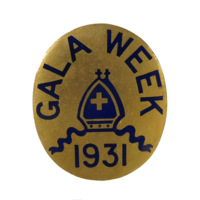 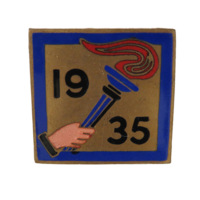 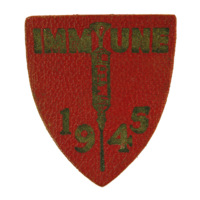 Immunity badges were sold during Gala week each year to raise money for charity, forming part of wider fundraising efforts that included selling tickets for the Student Show.

The badges were called 'immunity badges' because once someone had bought one and pinned it to their clothing, they'd have 'immunity' from being asked to donate again. They are not unique to the University of Aberdeen; other universities in the UK sold their own immunity badges for fundraising. 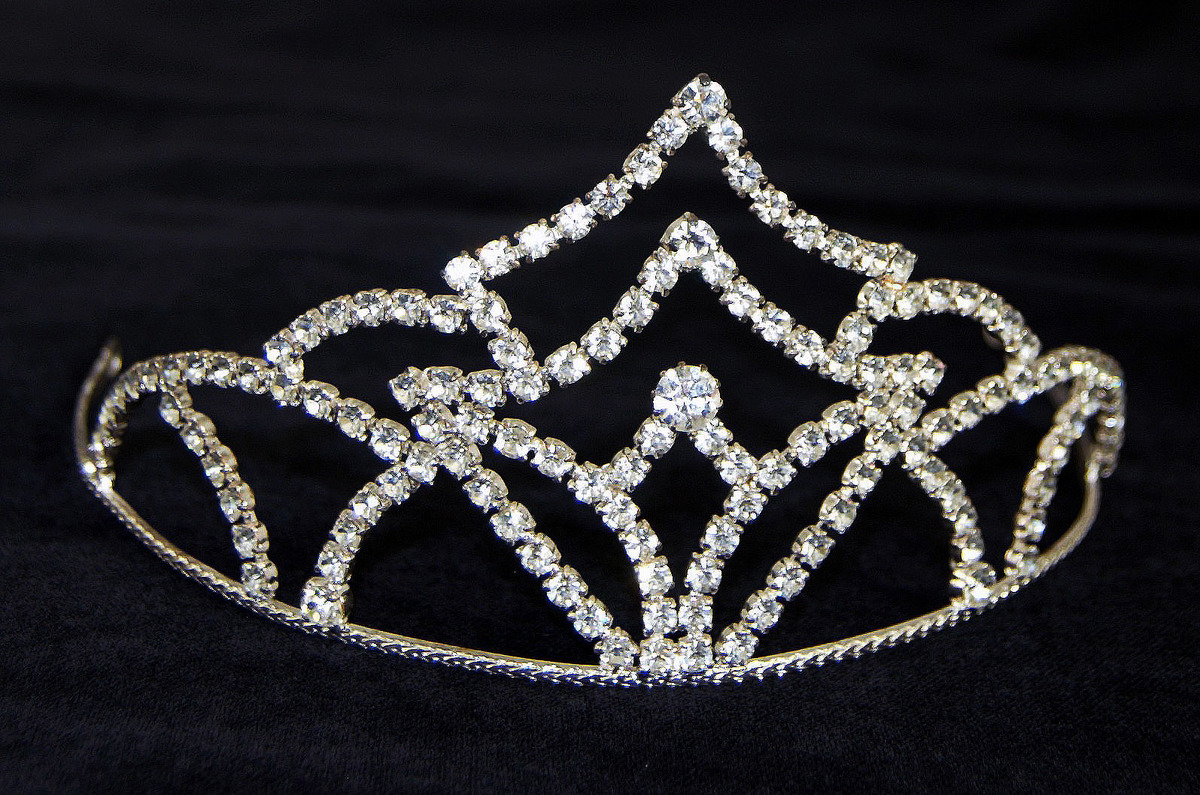 On the first night of the Student Show a Charities Queen would be crowned. The tiara was donated to the University in 1996. 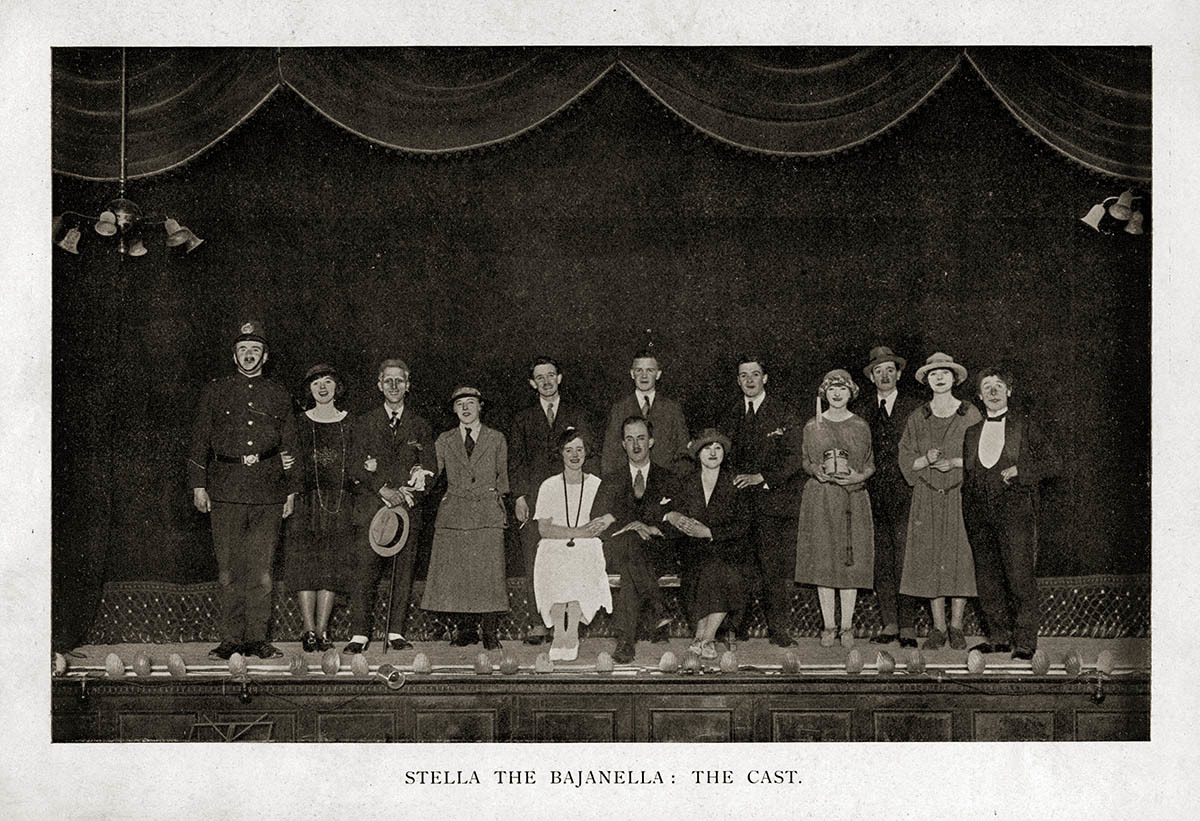 The cast of the first proper Student Show are shown here in a photograph from Alma Mater, Aberdeen's student newspaper. Eric Linklater, the writer and main actor, sits in front. The woman to his left is Jean Mackay, who played the role of Stella.

A 'bajanella' is a female student at the University of Aberdeen. The term came into use after female students were first admitted to the University in the 1890s, and is a feminised version of 'bajan', the name given to first-year students and, later, all male students. Bajan is a Scots translation of 'bec jaune', meaning yellow beak - an allusion to baby birds.

The character Stella is based on a real person, Stella Henriques, who was a medical student at the University. 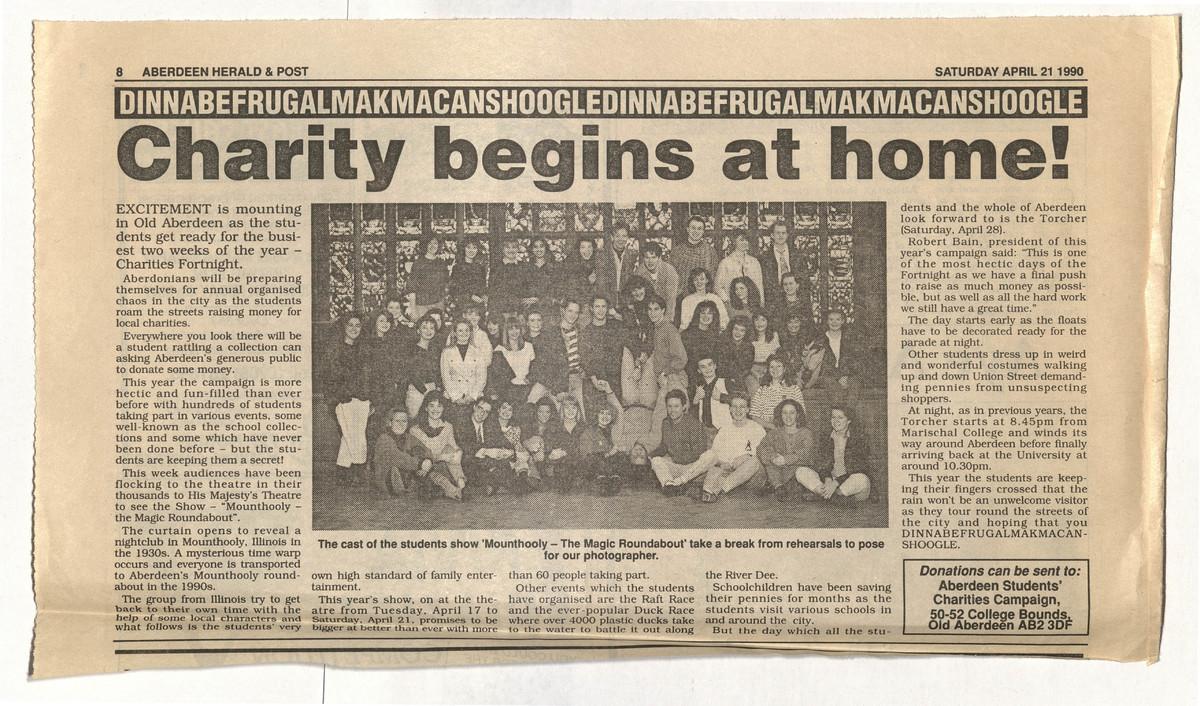 By the 1990s Gala Week had become Charities Fortnight, and the Student Show a central feature of the fundraising efforts. The cast of 'Mounthooly - The Magic Roundabout' were photographed for this article in the Aberdeen Herald.

The piece also mentions a raft race and a duck race that formed part of the fundraising efforts, along with 'The Torcher', a nighttime parade of floats from Marischal College all around Aberdeen. 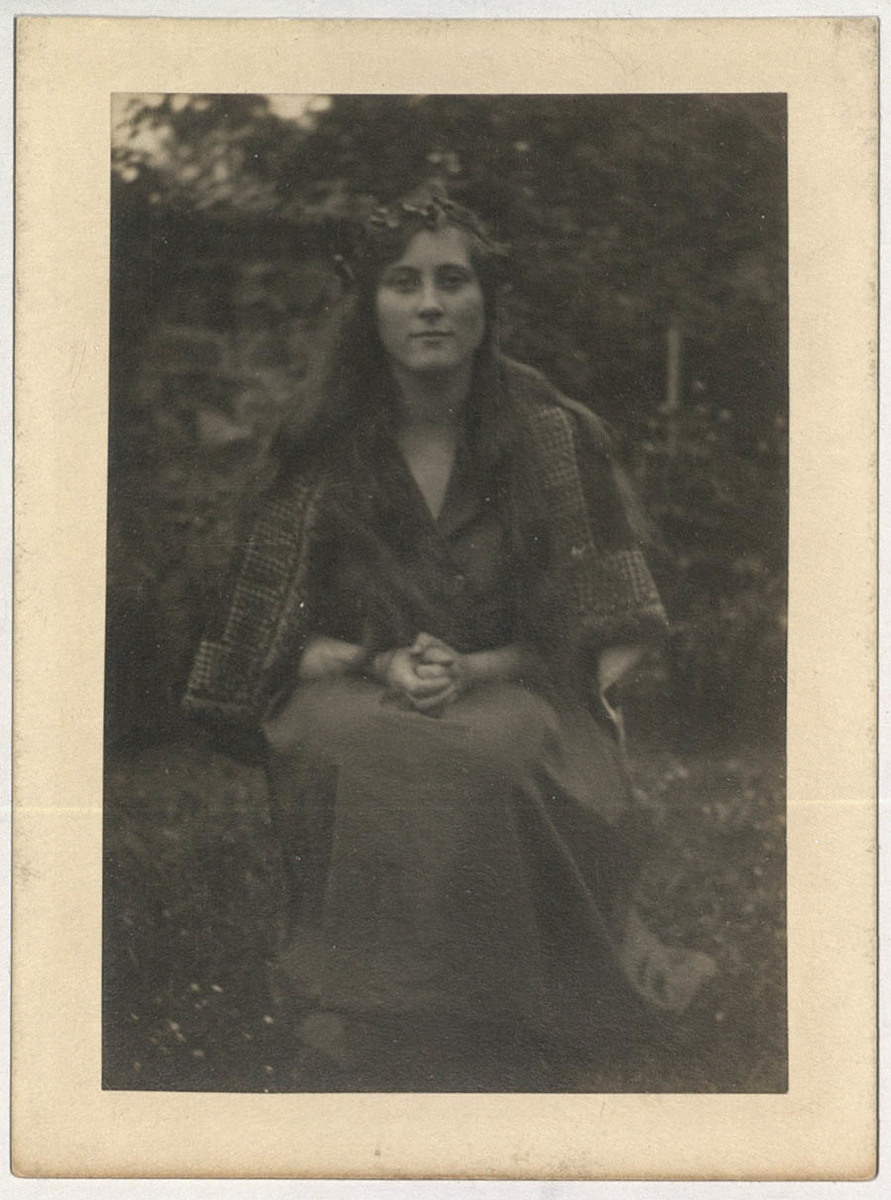 Jean Mackay played Stella in 'Stella the Bajanella' after Stella Henriques, for whom the character was written, was found not to have a strong enough singing voice.

Jean, when she was older, wrote an article for the 1960 Student Show souvenir programme, describing how her role had led to her being 'ear-marked for life with the tag "Oh, you were Stella!".'

The programme for 'Marischal Moments', the Student Show of 1944, contains messages from both the University's Rector and Principal on the subject of fundraising during the second world war.

Rector Stafford Cripps asks Aberdonians to give to the students' campaign to help 'those services which are so essential for a healthy community.'

Meanwhile, the Principal, Hamilton Fyfe, acknowledges the difficulties faced by hospitals during war-time, and emphasises the great need for hospitals to 'carry on.'

Becky Hossick and Amy Lamb are on the 2021 Student Show Administration team and have performed in Show throughout their university careers. In this interview, Becky describes how important the fundraising aspect of the show is to her.