The show's been rinnin for mony years noo an it's a testament tae oor language that it's still gan. I'm nae sure it wid be sae weel loved athoot it. It introduces oor language tae fowk nae native tae the area as weel as helpin tae open up spaces far it's permissible tae spikk Doric.

I'm aa for onythin that encourages at, as weel as a creative medium that celebrates oor places an culture, and gein fowk a rare lauch!"

The Student Show's use of Doric, its references to local culture and the high quality of the productions have earned it loyal fans amongst both audiences and critics.

The inclusion of Doric is one of the most valued aspects among audiences from Aberdeenshire. Although Doric didn't feature as much in early Student Shows, it is now an essential ingredient that ensures the Show holds appeal for both "toon an' goon!" - or "town and gown" as posh people from Rubislaw would say!

Writing in the Evening Express in 1951, George Fraser noted that the dialect moved from being ‘generally a feature’ to ‘the feature’ of that year’s 'Spring in Your Step'. From show titles to song lyrics to the seemingly endless puns local place names generate, the centrality of Doric has endured.

The show’s championing of Doric over the years illustrates the continued popularity and flexibility of the dialect. Its endurance is but one example of a consistent appetite for cultural performance in Doric among North-East Scottish audiences.

News articles over the years have noted the Show’s consistent popularity, with casts frequently performing to sold-out auditoriums. One report in the Press and Journal noted a two-hour long queue for tickets to 1937’s ‘That’s What You Think’. 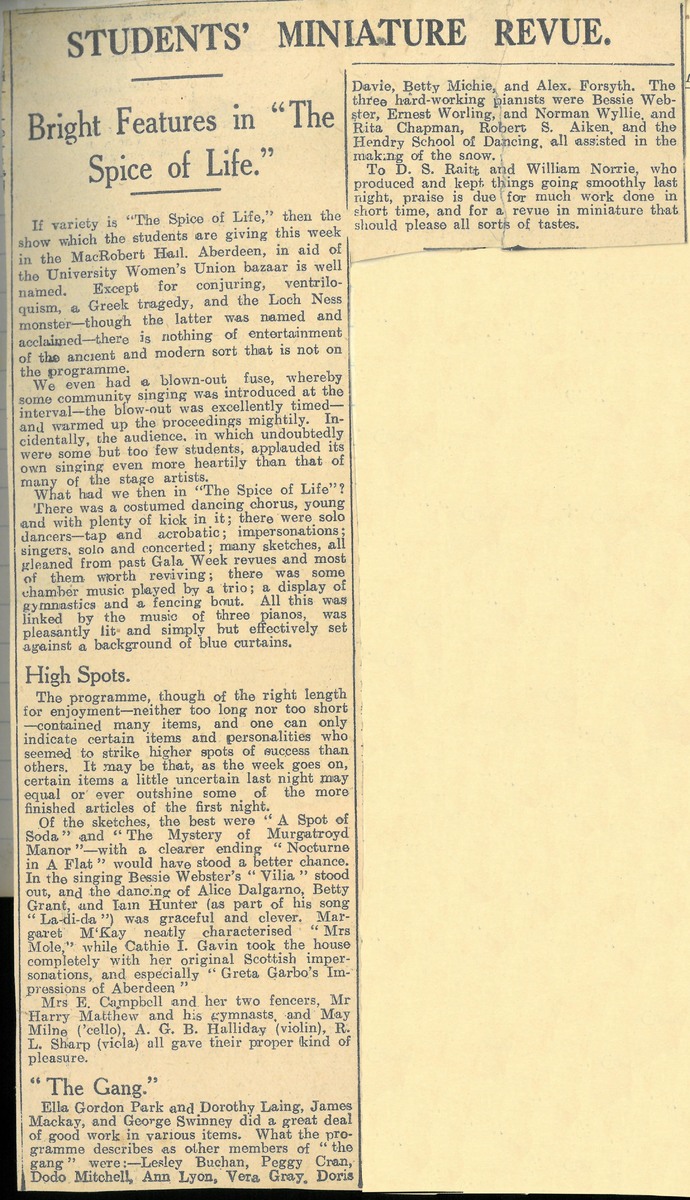 "Student Show is a not only a great way to preserve and celebrate Doric, but it also helps North East Scots attract new fans and spikkers fae aa ower.

The gradual comprehension of Doric by an international cast member was always a joy to watch as they progressed across the rehearsal period from being bumbazed tae fair-trickit!

Student Shows take advantage of the fun and humour that Doric can easily bring about, but many of the shows have also featured emotional and poetic uses of our mither tongue during dramatic and tender moments before the audience are once again in stitches!" 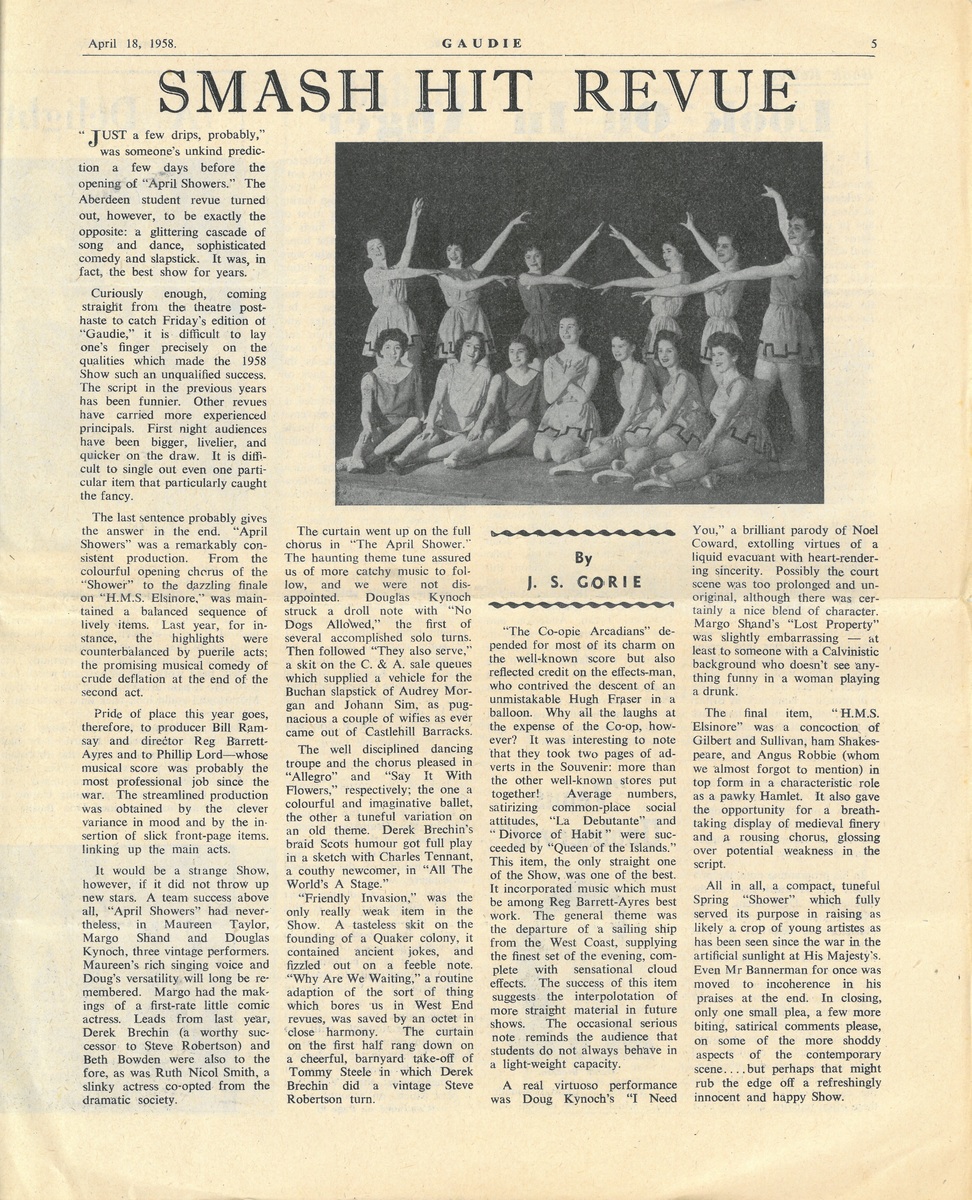 "I am not sure what we would do without the annual students’ show. It reminds Aberdeen that it is essentially still a big village capable of laughing at itself and of course it’s all in a great cause."

"The show delighted the crowd with a cast of fantastically talented local students. […] The young cast were faultless […] They did the city proud."

← Opening Night
Spirit of Show →
Reviews Are In