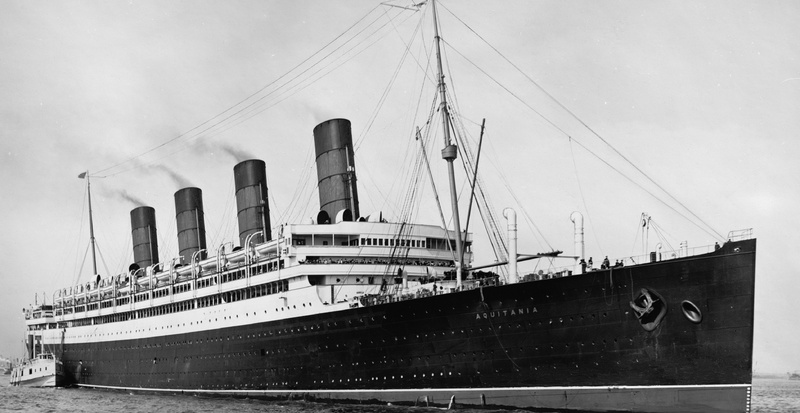 Passenger ship sailing in 1923. Will left Kinraddie for a better life in Argentina. Courtesy of United States Library of Congress. 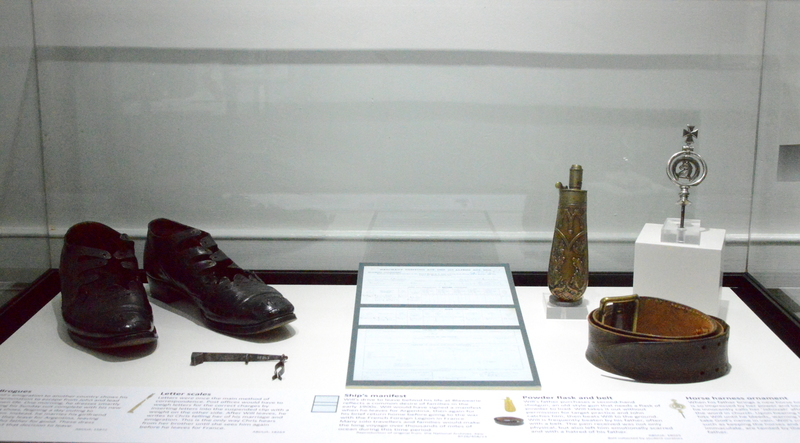 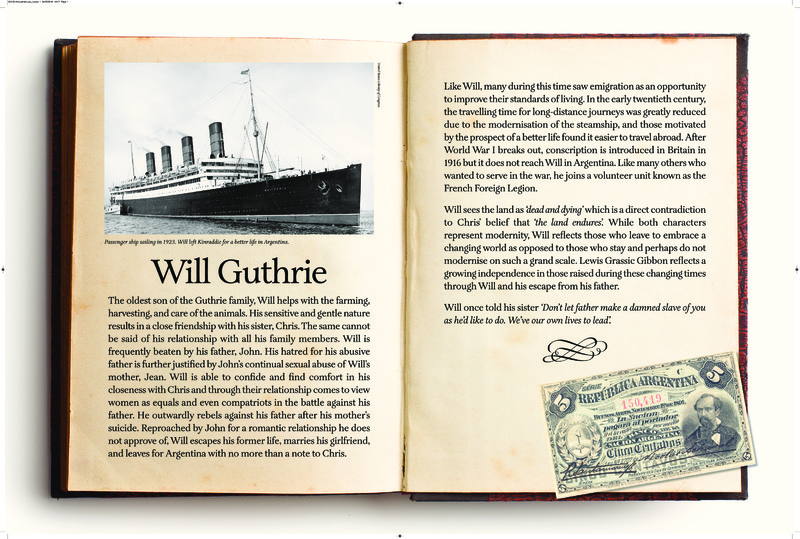 The oldest son of the Guthrie family, Will helps with the farming, harvesting, and care of the animals. His sensitive and gentle nature results in a close friendship with all his family members. Will is frequently beaten by his father, John. His hatred for his abusive father is further justified by John's continual sexual abuse of Will's mother, Jean. Will is able to confide and find comfort in his closeness with Chris and throug their relationship comes to view women as equals and even compatriots in the battle against his father. He outwardly rebels against his father after his mother's suicude. Reproached by John for a romantic relationship he does not approve of, Will escapes his former life, marries his girlfriend, and leaves for Argentina with no more than a note to Chris.

Like Will, many during this time saw emigration as an opportunity to improve their standards of living. In the early twentieth century, the travelling time for long-disctance journeys was greatly reduced due to modernisation of the steamship, and those motivated by the prospect of a better life found it easier to travel abroad. After World War I breaks out, conscription is introduced in Britain in 1916 but it does not reach Will in Argentina. Like many others who wanted to serve in the war, he joins a volunteer unit known as the French Foreign Legion.

Will sees the land as 'dead and dying' which is a direct contradiction to Chris' belief that 'the land endures'. While both characters represent modernity, Will reflects those who leave to embrace a changing world as opposed to those who stay and perhaps do not modernise on such a grand scale. Lewis Grassic Gibbon reflects a growing independence in those raised during these changing tmies through Will and his escape from his father.

Will once told his sister 'Don't let father make a damned slave of you as he'd like to do. We've our own lives to lead.' 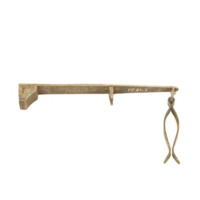 Letters were once the main method of correspondence. Post offices would have to weigh letters for the correct charges by inserting letters into the suspended clip with a weight on the other side. After Will leaves, he writes to Chris telling her of his marriage and emigration. This is the only way Chris hears from her brother until she sees him again before he leaves for France. 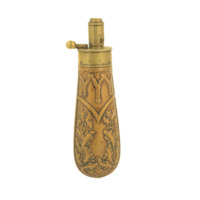 Will’s father purchases a second-hand shotgun, an old-style gun that needs a flask of powder to load. Will takes it out without permission for target practice and John catches him, then beats Will to the ground. Will is frequently beaten by his father, often with a belt. The pain received was not only physical, but also left him emotionally scarred and with a hatred of his father. 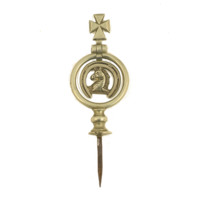 When his father brings a new horse home, Will is so impressed by her power and beauty that he innocently calls her ‘Jehovah’ after hearing the word in church. Upon hearing this, John hits Will until he bleeds, warning him not to take God’s name in vain. Will’s small pleasures, such as keeping the horses and their harness immaculate, are tainted by the brutality of his father. 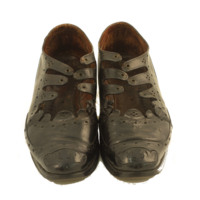 Will's emigration to another country shows his determination to escape from John and lead his own life. One morning, he dresses smartly wearing his Sunday suit complete with his new shining shoes, feigning a day outing to Aberdeen. Instead, he marries his girlfriend and later they leave for Argentina, leaving Chris and his father for good. These dress shoes reflect that decision to leave.