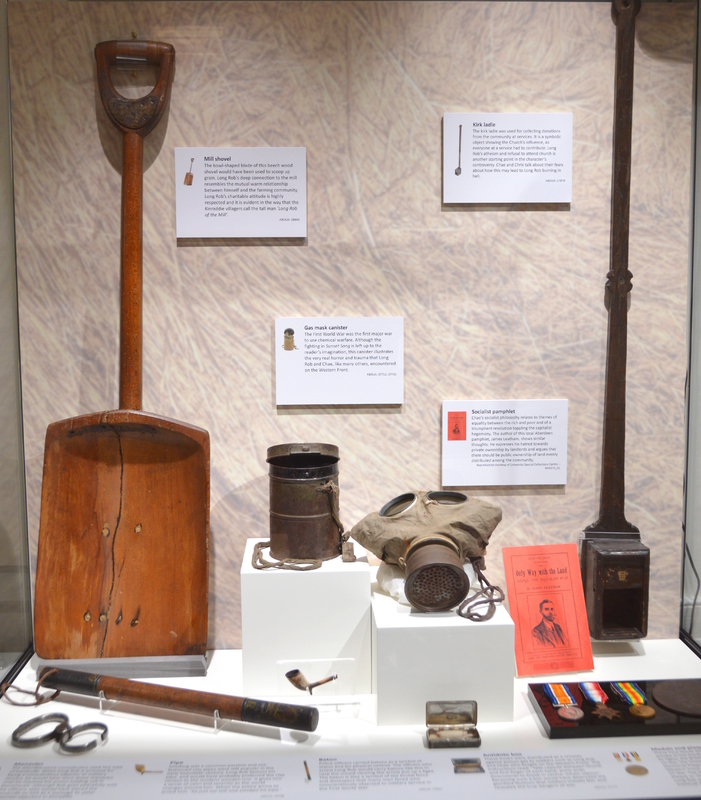 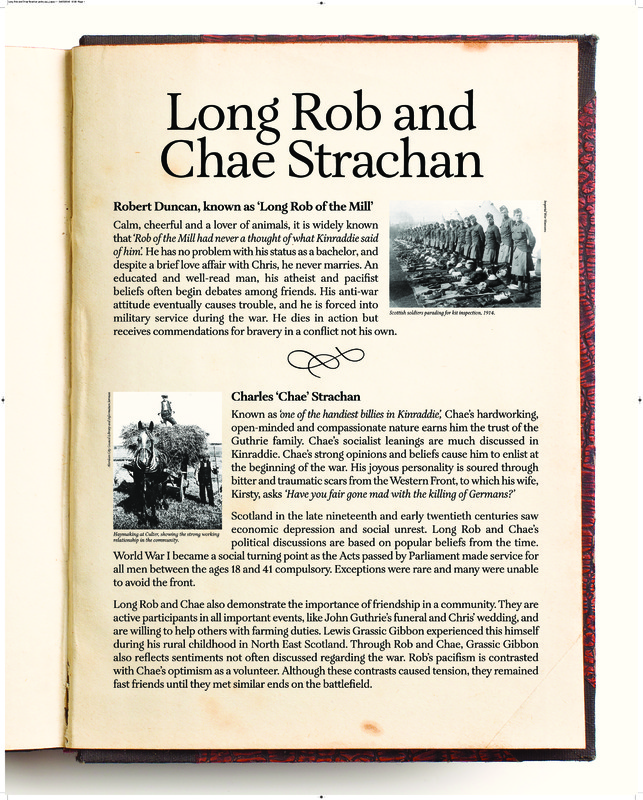 Robert Duncan, known as 'Long Rob of the Mill'

Calm, cheerful and a lover of animals, it is widely known that 'Rob of the Mill had never a thought of what Kinraddie said of him.' He has no problem with his status as a bachelor, and despite a brief love aggair with Chris, he never marries. An educated and well-read man, his atheist an dpacifist beliefs often begin debates among friends. His anti-war attitude eventually causes trouble, and he is forced into military service during the war. He dies in action but receives commendations for bravery in a conflict not his own.

Known as 'one of the handiest billies in Kinraddie,' Chaei's hardworking, open-minded and compassionate nature earns him the trust of the Guthrie family. Chae's  socialist leanings are much discussed in Kinraddie. Chae's strong opinions and beliefs cause him to enlist at the beginning of the war. His joyous personality is soured through bitter and traumatic scars from the Western Front, to which his wife, Kirsty, asks 'Have you fair gone mad with the killing of Germans?'

Scotland in the late nineteenth and early twentieth centuries sae economic depression and social unrest. Long Rob and Chae's political discussions are based on popular beliefs from the time. World War I became a social turning point as the Acts passed by Parliament made service for all men between the ages 18 and 41 compulsory. Exceptions were rare and many were unable to avoid the front.

Long Rob and Chae also demonstrate the importance of friendship in a community. They are active participants in all important events, like John Guthrie's funeral and Chris' wedding, and are willing to help others with farming duties. Lewis Grassic Gibbon experienced this himself during his rural childhood in North East Scotland. Through Rob and Chae, Grassic Gibbon also reflects sentiments not often discussed regarding the war. Rob's pacifism is contrasted with Chae's optimism as a volunteer. Although these contrasts caused tension, they remained fast friends until they met similar ends on the battlefield. 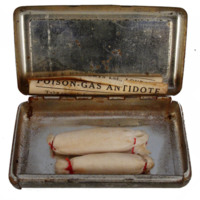 These boxes were distributed as a remedy against poison gas to soldiers such as Long Rob and Chae who fought on the Western Front. The instructions read: ‘Take capsule between thumb and first finger of each hand, press ends downwards to break in centre, inhale vapour’. Receiving such a box would have destroyed the glorified illusions that soldiers initially felt, and revealed the true dangers of war. 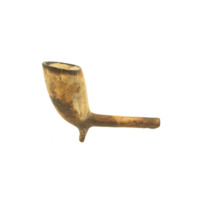 Smoking was a common pastime and old-fashioned clay pipes were still popular in the early twentieth century. Long Rob favours his pipe, and would have probably preferred the clay version to the modern wooden one. It gives him a sense of calm and serenity as the world changes around him. When the police arrive to arrest him, ‘he just sat still and smoked his pipe.’ 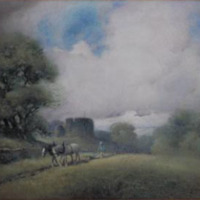 The focal point of this painting by Aberdeenshire watercolourist G. R. Gowans (1843-1932) is a man ploughing his field with his two Clydesdale horses. It illustrates what country life in Sunset Song likely looked like. It is the calm mood of the farmer and his land that John Guthrie, and other members of Kinraddie, love and desperately try to preserve as the world is changing around them with the start of the First World War. 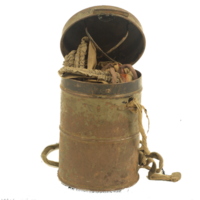 The First World War was the first major war to use chemical warfare. Although the fighting in Sunset Song is left up to the reader’s imagination, this canister illustrates the very real horror and trauma that Long Rob and Chae, like many others, encountered on the Western Front. 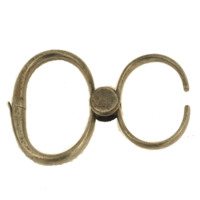 The Aberdeenshire constabulary used this type of handcuffs. When Long Rob is arrested for being a conscientious objector to military service, he would have worn these manacles until he reached the prison holding cell in Stonehaven. Although Rob goes peacefully with the officers, they would have placed the handcuffs on him as a message to other potential objectors in Kinraddie. 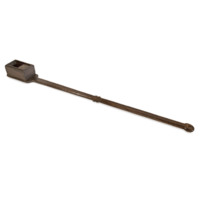 The kirk ladle was used for collecting donations from the community at services. It is a symbolic object showing the Church’s influence, as everyone at a service had to contribute. Long Rob’s atheism and refusal to attend church is another starting point in the character’s controversy. Chae and Chris talk about their fears about how this may lead to Long Rob burning in hell. 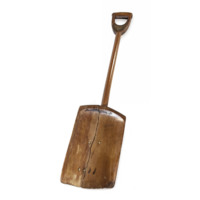 The bowl-shaped blade of this beech wood shovel would have been used to scoop up grain. Long Rob’s deep connection to the mill resembles the mutual warm relationship between himself and the farming community. Long Rob’s charitable attitude is highly respected and it is evident in the way that the Kinraddie villagers call the tall man ‘Long Rob of the Mill’. 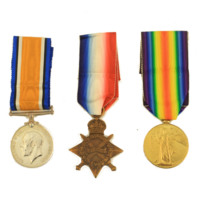 These First World War medals were awarded to a private in the Gordon Highlanders. They are (left to right), the British War Medal 1914-20, 1914-15 Star, the Victory Medal 1914-18, and the Memorial Plaque. Chae’s early departure to the Western Front would have earned him the 1914-15 Star. The others, including the Memorial Plaque or ‘Dead Man’s Penny’, would be given to Long Rob and Chae for their participation and eventual deaths. 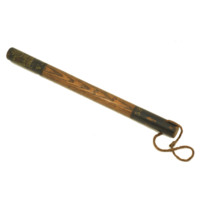 Police officers carried batons as a symbol of status and for physical control. The officers who arrest Long Rob would carry batons like this in case the crowd viewing the arrest put up a fight. The baton is also a symbol of the brutal force and disrespect that many men faced who conscientiously objected to military service in the First World War.