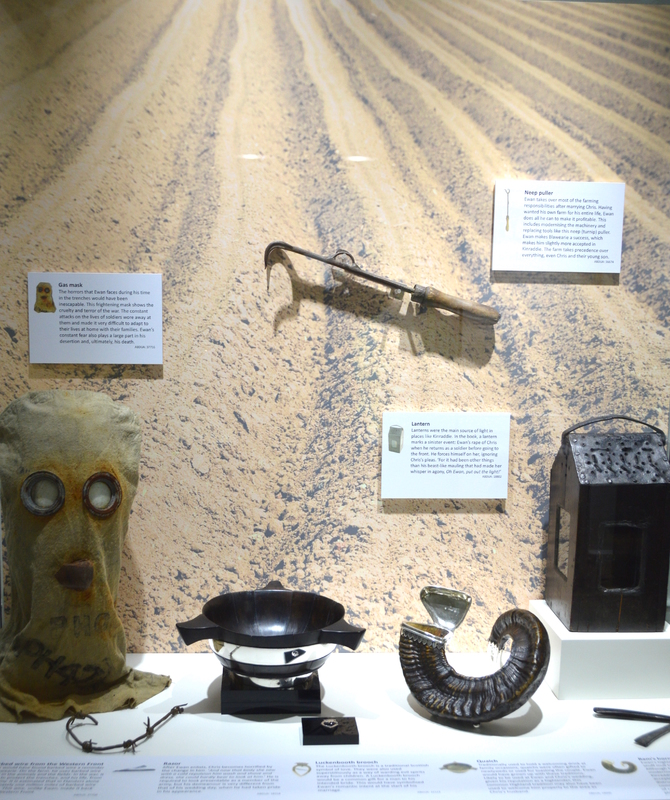 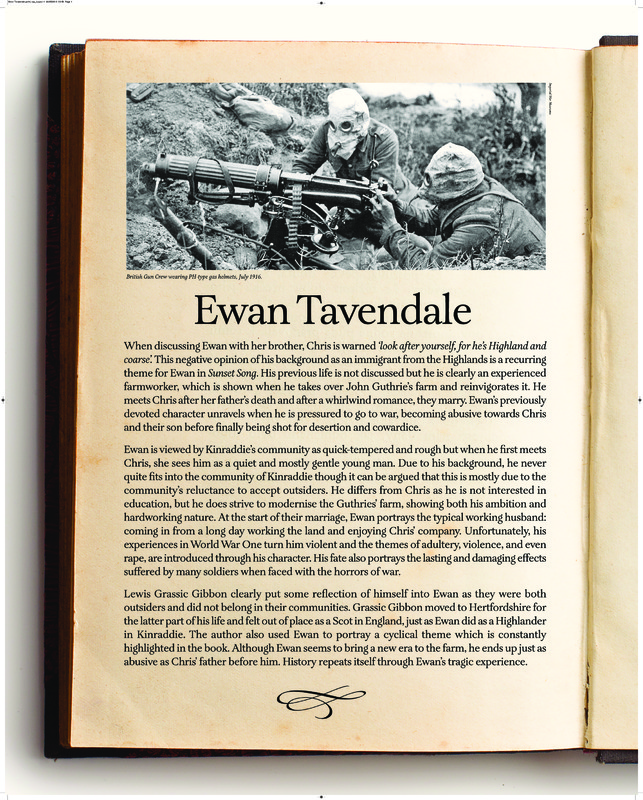 When discussing Ewan with her brother, Chris is warned 'look after yourself, for he's Highland and coarse.' This negative opinion of his background as an immigrant from the Highlands is a recurring theme for Ewan in Sunset Song. His previous life is not discussed but he is clearly an experienced farmworker, which is shown when he takes over John Guthrie's farm and reinvigorates it. He meets Chris after her father's death and after a whirlwind romance, they marry. Ewan's previously devoted character unravels when he is pressured to go to war, becoming abusive towards Chris and their son before finally being shot for desertion and cowardice.

Ewan is viewed by Kinraddie's community as quick-tempered and rough but when he first meets Chris, she sees him as a quiet and mostly gentle young man. Due to his background, he never quite fits into the community of Kinraddie though it can be argued that this is mostly due to the community's reluctance to accept outsiders. He differs from Chris as he is not interested in education, but he does strive to modernise the Guthrie's farm, showing both his ambition and hardworking nature. At the start of their marriage, Ewan portrays they typical working husband: coming in from a long day working the land and enjoying Chris' company. Unfortunately, his experiences in World War One turn him violent and the themes of adultery, violence, and even rape, are introduced through his character. His fate also portrays the lasting and damaging effects suffered by many soldiers when faced with the horrors of war.

Lewis Grassic Gibbon clearly put some reflection of himself into Ewan as they were both outsiders and did not belong in their communities. Grassic Gibbon moved to Hertfordshire for the latter part of his life and felt our of place as a Scot in England, just as Ewan did as a Highlander in Kinraddie. The author also used Ewan to portray a cyclical theme which is constantly highlighted in the book. Although Ewan seems to bring a new era to the farm, he ends up just as abusive as Chris' father before him. History repeats itself through Ewan's tragic experience. 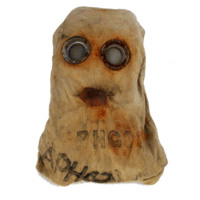 The horrors that Ewan faces during his time in the trenches would have been inescapable. This frightening mask shows the cruelty and terror of the war. The constant attacks on the lives of soldiers wore away at them and made it very difficult to adapt to their lives at home with their families. Ewan’s constant fear also plays a large part in his desertion and, ultimately, his death. 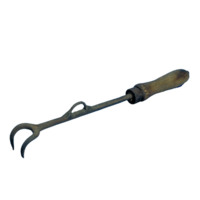 Ewan takes over most of the farming responsibilities after marrying Chris. Having wanted his own farm for his entire life, Ewan does all he can to make it profitable. This includes modernising the machinery and replacing tools like this neep (turnip) puller. Ewan makes Blawearie a success, which makes him slightly more accepted in Kinraddie. The farm takes precedence over everything, even Chris and their young son. 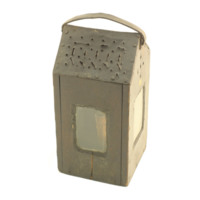 Lanterns were the main source of light in places like Kinraddie. In the book, a lantern marks a sinister event: Ewan’s rape of Chris when he returns as a soldier before going to the front. He forces himself on her, ignoring Chris’s pleas. ‘For it had been other things than his beast-like mauling that had made her whisper in agony, Oh Ewan, put out the light!’ 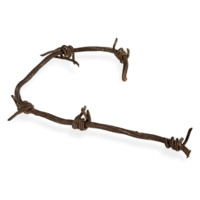 Barbed wire from the Western Front

Ewan would have found barbed wire a reminder of Blawearie. On the farm, he uses barbed wire to pen in the animals and the fields. In the war, it is used to protect the trenches, and his life, from the enemy. It is estimated that in Flanders alone approximately one million miles of barbed wire was used. This wire, unlike Ewan, made it back from the Western Front. 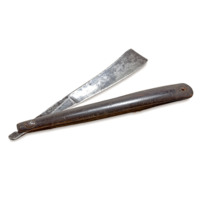 After Ewan enlists, Chris becomes horrified by the change in him. ‘And now that body she saw with a cold repulsion him wash and shave and dress, she could hardly bear to look at him.’ He is required to look presentable as a member of the army, but his demeanour is very different from that of his wedding day, when he had taken pride in his appearance. 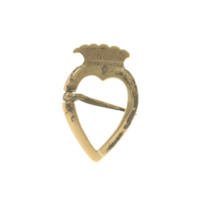 The Luckenbooth brooch is a traditional Scottish symbol of love. They were also used superstitiously as a way of warding evil spirits away from children. A Luckenbooth brooch would be a common gift for a man to his intended bride. This would have symbolised Ewan’s romantic intent at the start of his marriage. 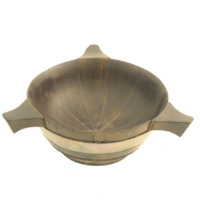 Traditionally used to hold a welcoming drink at family occasions, quaichs were often gifted to newlyweds or used for toasting the couple. Ewan would have grown up with these traditions. Likely to be used at Ewan and Chris’s wedding, given his reputation as a highlander, this common Highland tradition may also have been used to welcome him properly to the area as Chris’s husband. 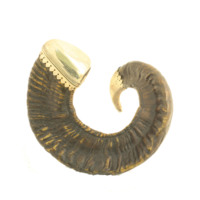 Ewan’s highlander friend, McIvor, gives a similar snuff mull to Ewan upon his wedding to Chris. Although his marriage and his attempt to modernise the farm give him some standing in Kinraddie, Ewan is still never completely accepted due to his birthplace. This innate distrust of anything or anyone from outside the community stands in stark contrast to the image of rural communities as idyllic and welcoming places.