The Stuart Vision of Union

Although the Union of 1707 was a unique historical event, the idea of uniting Scotland and England had been proposed on varioud occasions since the early sixteenth century.

In pursuing her claim to the English throne in the 1560s, Mary Stuart, Queen of Scots, promised a peaceful union between England and Scotland.

This possibility became a reality in 1603 when on the death of Elizabeth I, King James VI of Scotland, her closest protestant relative, succeeded to the thrones of England and Ireland, thus creating a personal union between the three kingdoms. James proclaimed that his reign heralded a new and divinely ordained 'Kingdo of Great Britain'.

However James's efforts to unite the English and Scottish parliaments failed as a resul of English objections.

The execution of James's son, King Charles I, during the civil wars of the 1640s was followed by the creation of an English republic, which conquered and occupied Scotland during the 1650s. After 1660, the restored Stuarts placed less emphasis on the idea of a unified Great Britain, and stressed instead the personal bonds of monarchy. During the reign of King James VII and II (1685-1688) this ideology combined with a powerful sense of Catholic hierarchy and legitimacy to reinforce the vision of the Stuarts as the guarantors of religious order and ppolitical unity. 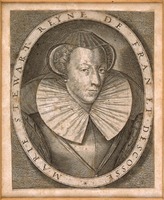 After spending her childhood in France, Mary returned to Scotland in 1561. Her personal rule lasted until 1567 when an alliance of Protestant nobles forced her to abdicate in favour of her infant son, James VI. She later fled to England, was imprisoned by the government of Queen Elizabeth I, and finally executed in 1587. This contemporary image of Mary was engraved by Thomas de Leu (fl. 1560-1620) of Flanders. 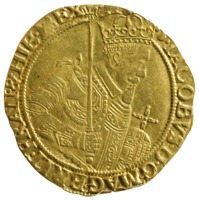 The motto on the reverse from the Book of Ezekiel 'Faciam Eos in Gentem Unam' refers to James's claim regarding the Scots and English to have 'made them one people' and that his right to rule came form God, while the name of the coin, 'Unite', also refers to the Union. 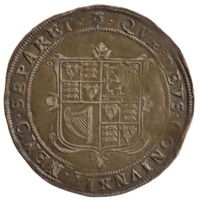 Scottish coins minted after 1603 had a value of 1/12 of English ones and were interchangeable throughout Britain. The motto 'Nemo Separate Quae Deus Coniunxit' is the famous phrase from the Gospel of Matthew 'Let no-one separate what God has put together' that is used in marriage ceremonies. It would have had a particular resonance after the English parliament rejected his proposal for a union with the Scottish parliament in 1604. 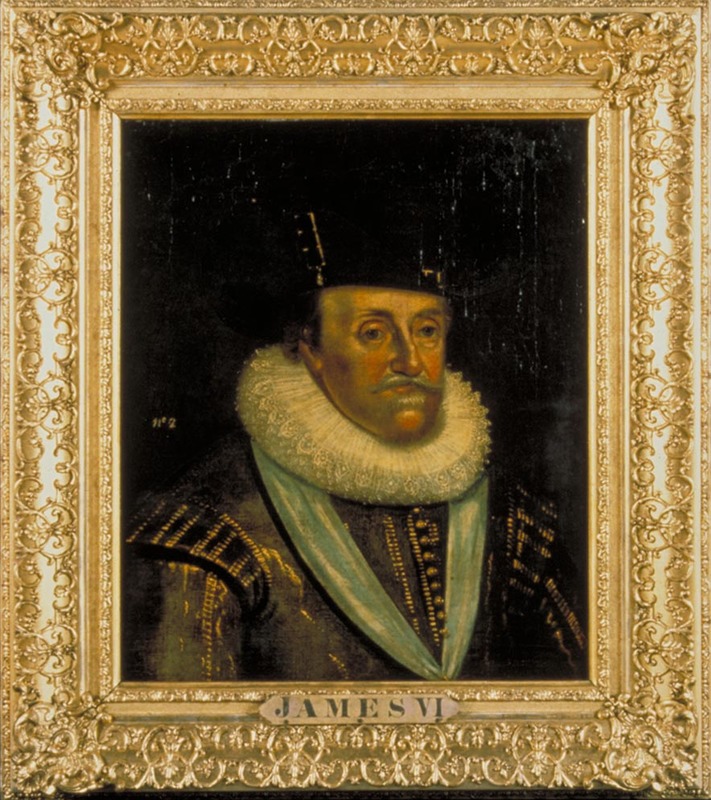 This porttrait is a copy of a 1623 painting of James VI & I by Adam de Colone. It is one of a wealth of Stuart images in the university collections which attest to the dynasty's patronage of King's College and later to the prolonged Jacobite sympathies of both King's and Marischal Colleges.

James had a turbulent early life. After the abdication of his mother, Mary Queen of Scots in 1567, James ruled as a minor until 1584. He subsequently governed Scotland firmly and effectively until the dath of Elizabeth Tudor in 1603, when he ascended to the English throne and proclaimed himself king of Great Britain. The painting shows an elderly James two years before his death in 1625.

John Michael Wright, An Account of his Excellency Roger Earl of Castlemaine's Embassy from his Sacred Majesty King James II to His Holiness Innocent XI (London, 1688)

Wright (1617-94) was an English Catholic with strong Scottish connections who, after many years of Continental exile, joined the court of King James VII and II as a painter. The high point of Wright's career was his appointment as "steward" (in fact as Master of Ceremonies) to Lord Castlemaine's embassy to Rome.

The publication of this work, with its inflammatory frontispiece, at London in January 1688, was an action of supreme tactlessness which greatly undermined the credibility of the king as England and Scotland moved towards revolution.