The Impact of Union

The new political and economic relationship with England affected Scotland in a number of practical and symbolic ways.

The immediate impact of the Union ranged from complex arrangements for the adoption of English currency in Scotland to proclamations ordering the suppression of anti-Union demonstrations in Glasgow, Edinburgh and Dumfries.

In late 1706 crowds in Dumfries were observed "insolently Burning, in the face of the Sun and the presence of the Magistrats, the Articles of Treaty betwixt our two Kingdoms". An official clampdown was ordered through proclamations posted to mercat crosses throughout Scotland outlawing all "Tumultuary and Irregular Meetings".

Though the outcome of the 1707 Union is usually viewed in terms of elite politics, its influence was soon felt in everyday life. Even the way in which Scots measured their food and drink changed, with the introduction of English weights and measures in an effort to standardise and regulate the economy.

The Union altered Scotland in other more subtle ways. Though the country retained many of its pre-existing intellectual, economic and religious links with continental Europe, the kingdom was increasingly influenced by English trends. The country was also re-interpreted in geographic terms as 'North Britain'. 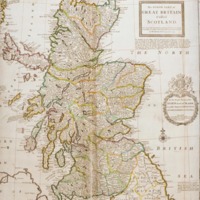 Herman Moll. The world described or, a new and correct sett of maps:shewing the several empires, kingdoms, republics...in all the known parts of the earth (1709-20)

This 1714 map by the Dutch cartographer Herman Moll is an early and striking example of the intellectual and cultural repackaging of Scotland as the northern region of the new Great Britain. The work was dedicated to the Secretary of State for Scotland, John Erskine, earl of Mar, who had helped to steer the Union through the Scottish parliament. It is ironic that a year after the publication of this map, Mar led the 1715 Jacobite revolt.

Impact of the articles 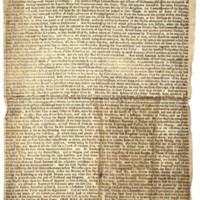 Twenty-five separate articles of agreement were passed as part of the 1707 Treaty of Union, fifteen of which dealt with economic matters. Articles 16 and 17 had an immediate impact on the day-to-day lives of ordinary Scots as they standardised how goods were to be weighed, measured and paid for. 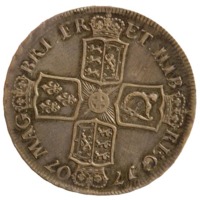 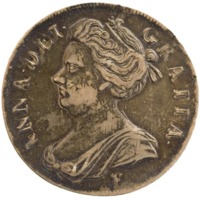 English forms of currency, weights and measures were adopted and public notices concerning the new procedures were issued from Edinburgh, such as this rare proclamation concerning the adoption in Scotland of English silver-money. Coins were still minted in Edinburgh, indicated by the letter 'E' below Anne's bust on coins, but this practice continued for only two more years despite the provision in Article 16 that a mint would be maintained in Scotland. 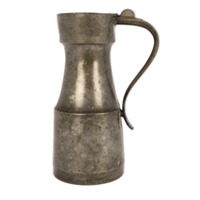 This lidless pewter pot, or 'tappit hen', resembles the measures used by members of the Hanseatic League, an alliance of trading guilds which had a virtual trading monopoly in the Baltic and North Sea region from the fourteenth to the seventeenth centuries. It probably pre-dates the 1707 Union as it bears the inscription '1/2 GALLn', or two Scottish pints, which was the equivalent of six English pints. 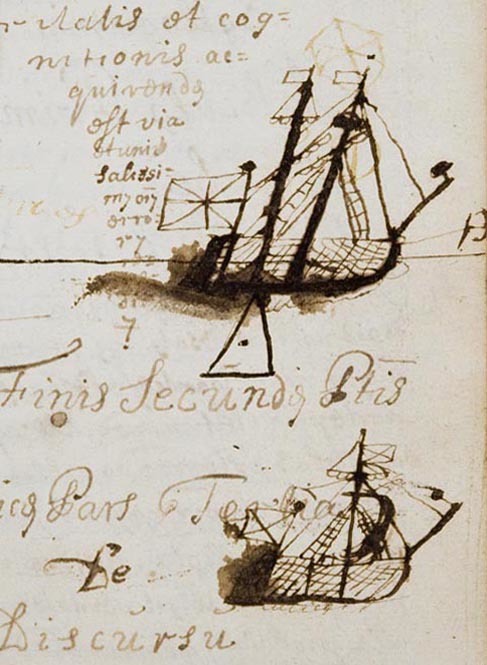 These drawings are on the lecture notes of a student, John Forbes, who attended classes on logic and metaphysics given by George Peacock at Marischal College sometime between 1706 and 1708. Peacock's Jacobite sympathies resulted in his dismissal during the purge of college professors that followed in the wake of the failed 1715 rising.

The drawings are unique. Showing two ships, one flying a Scottish saltire and the other a union flag, they give a powerful and intimate insight into how the union was being contemplated by an ordinary student.

← The Debate over Union
Competing Unions →
The Impact of Union