In the 1710s, George Keith, Earl Marischal of Scotland, represented the family that had founded Marischal College. He was also a prominent Jacobite. After the failure of the 1715 rising, Keith fled into exile and entered Prussian service.

Robert Paterson, Principal of Marischal, was another Jacobite who nurtured loyalty to the Stuarts through patronage of the local arts and an ambitious refurbishment of the college.

King's College also provided a haven for Jacobitism, though some figures associated with the college were less than consistent in their political principles. Simon Fraser of Lovat, who graduated with a MA from King's in 1683, was universally perceived to be an untrustworthy rogue. An opportunistic supporter of the Hanoverians in 1715, he sided with the Jacobites in 1745-6. Executed for treason in 1747, aged 80, he was the last person to be publicly beheaded in Britain.

George Keith, Earl Marischal.
Until the defeat of the 1715 rising, the Earl Marischal was Chancellor of Marischal College with the power to appoint a number of staff. In 1765, he sent his former baton of office as Earl Marischal to the college 'hoping that they will receive the useless present as still a mark of regard and affection'.

Engraving of Simon Fraser, Lord Lovat, by William Hogarth, 25 August 1746.
This engraving of Simon Fraser is taken from a live sketch drawing by the famous satirist William Hogarth. In the summer of 1746 Hogarth was allowed to visit Fraser, who was being held prisoner at the White Hart Inn at St Albans just outside London. Fraser was on the final leg of his long journey to the capital to await his trial for treason. 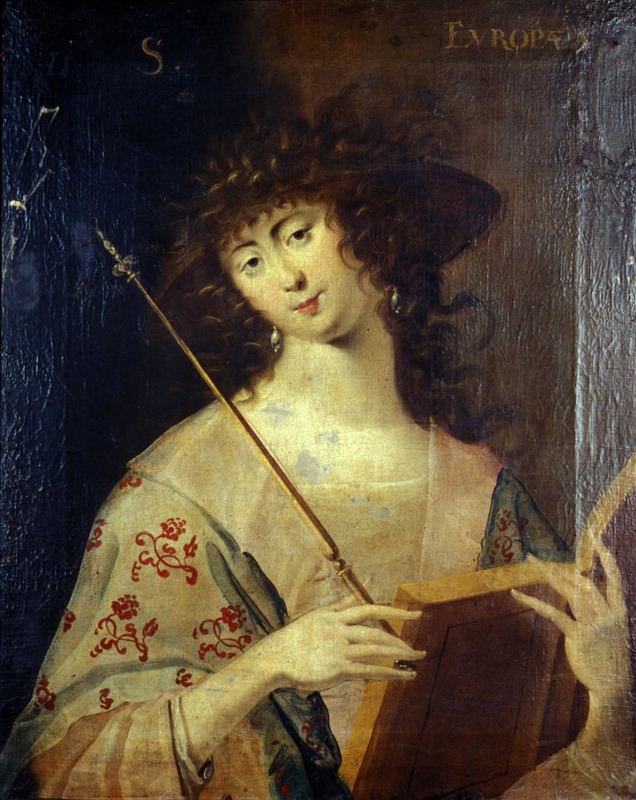 One of an original set of twelve Sibyls, arguably by George Jamesone, which was presented to King's College in 1640 by Principal William Guild. Sibyls, in their role of foretellers of the Christian Revelation, formed part of a decorative tradition in seventeenth-century Scotland.

Cosmo Alexander, a Jacobite who fled to Rome for some years after the Battle of Culloden in 1746, undertook the restoration of the series. Sibyl Europa holds a sceptre, which may be seen to align her with the figure of Europa, one of the symbolic female personifications of the Four Parts of the World, used in art to promote the authority of the Catholic Church.