The Stuarts were not the only advocates of union. As the seventeenth century progressed, many believed that only close co-operation between the Edinburgh and London parliaments would secure Anglo-Scottish relations.

Attempts by Charles I to impose religious uniformity throughout his three kingdoms provoked a radical reaction. In Scotland, this took the form of the National Covenant of 1637, which offered an alternative Presbyterian vision of union to that espoused by the Stuart kings. To secure the ideal of a 'Covenanted' King, the Scottish parliament was even prepared to promote a limited form of union with its English equivalent during the 1640s. However, following the execution of Charles I by the English parliament in 1649, the Covenanters threw their support behind his son, Charles II.

Union did become a reality, but in a wholly unexpected way. In the early-1650s the English Parliamentary army conquered Ireland and Scotland, and forcibly imposed a union on both countries. The idea of uniting the kingdoms was thus temporarily discredited through association with the regime of Oliver Cromwell.

Events in the late 1680s complicated the issue of Anglo-Scottish union still further. By 1688 there were fears that the Catholic King James VII and II intended to re-Catholicise Scotland and England. This prompted English politicians to invite the Dutch statesman, William of Orange, to invade England and safeguard the Protestant and parliamentary nature of church and state. Anglo-Scottish union was again discussed briefly, but the two parliaments remained separate while also securing a greater range of constitutional powers from the monarchy. It is ironic that during the last eighteen years of its existence the Edinburgh parliament had an unusual degree of independence. 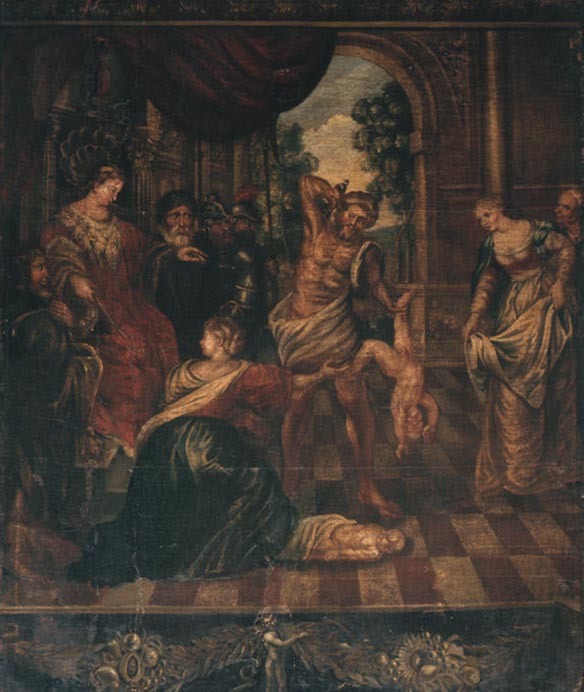 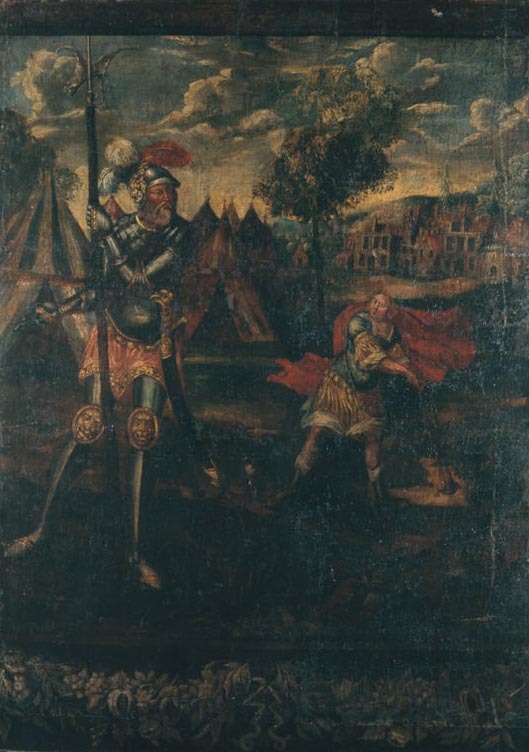 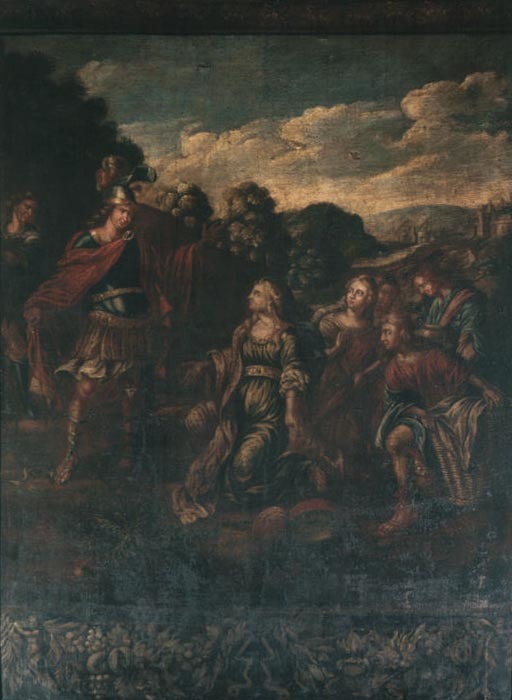 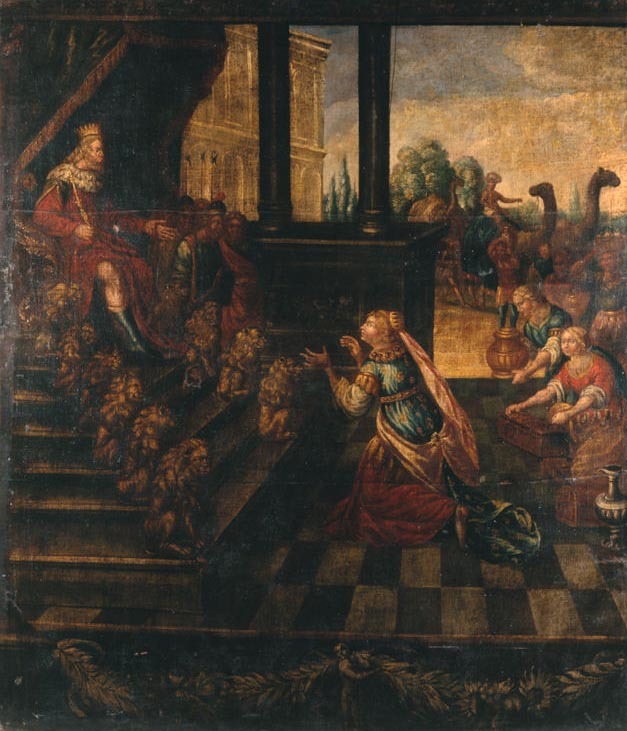 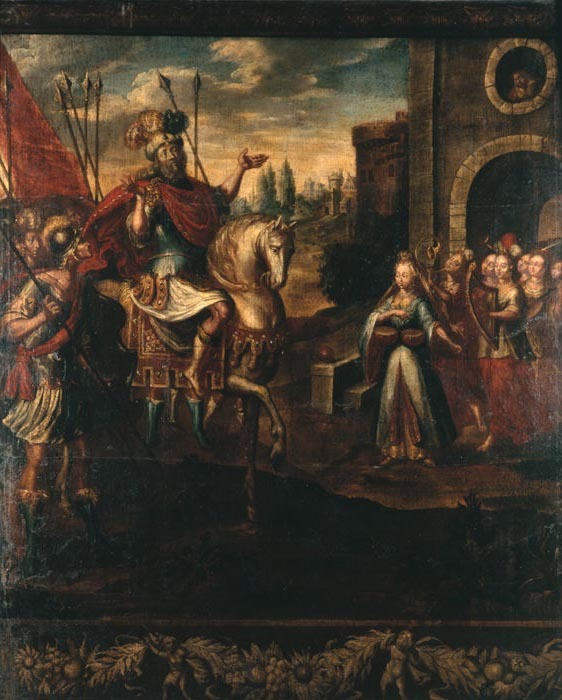 These five paintings were probably painted for Gowrie House in Perth (St John's Town) where the young Charles II stayed in 1650-51. He had been brought to Scotland under the 'protection' of the Covenanters to reclaim the throne. The pictures used Old Testament metaphors to instruct, threaten and cajole him to remain faithful to the Covenant. The pictures showed how reneging on a pact with God would have dire consequences but that faithfulness would be rewarded. 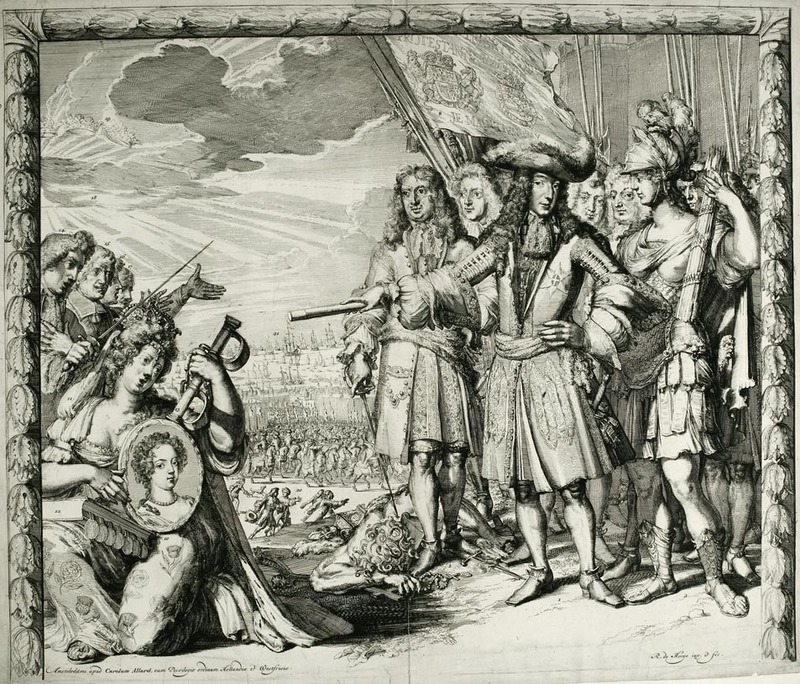 This contemporary Dutch engraving shows a triumphant William of Orange (1650-1702) arriving in England and symbolically crushing popery under foot. Above his head is a banner carrying William's famous quote that "the liberties of England and the Protestant religion I will maintain". It was engraved by Romeyn de Hooghe, a political iconographer closely associated with the House of Orange, and was published in Amsterdam by Carel Allard.