Rigid beliefs about femininity often limited women's freedoms and choices. And leisure time was not something that was afforded to women of every community and class in the 1800s and early 1900s.

For women who could afford them, though, playing sport, following fashion, and travelling, were enjoyable pastimes that grew in popularity during the Victorian era. 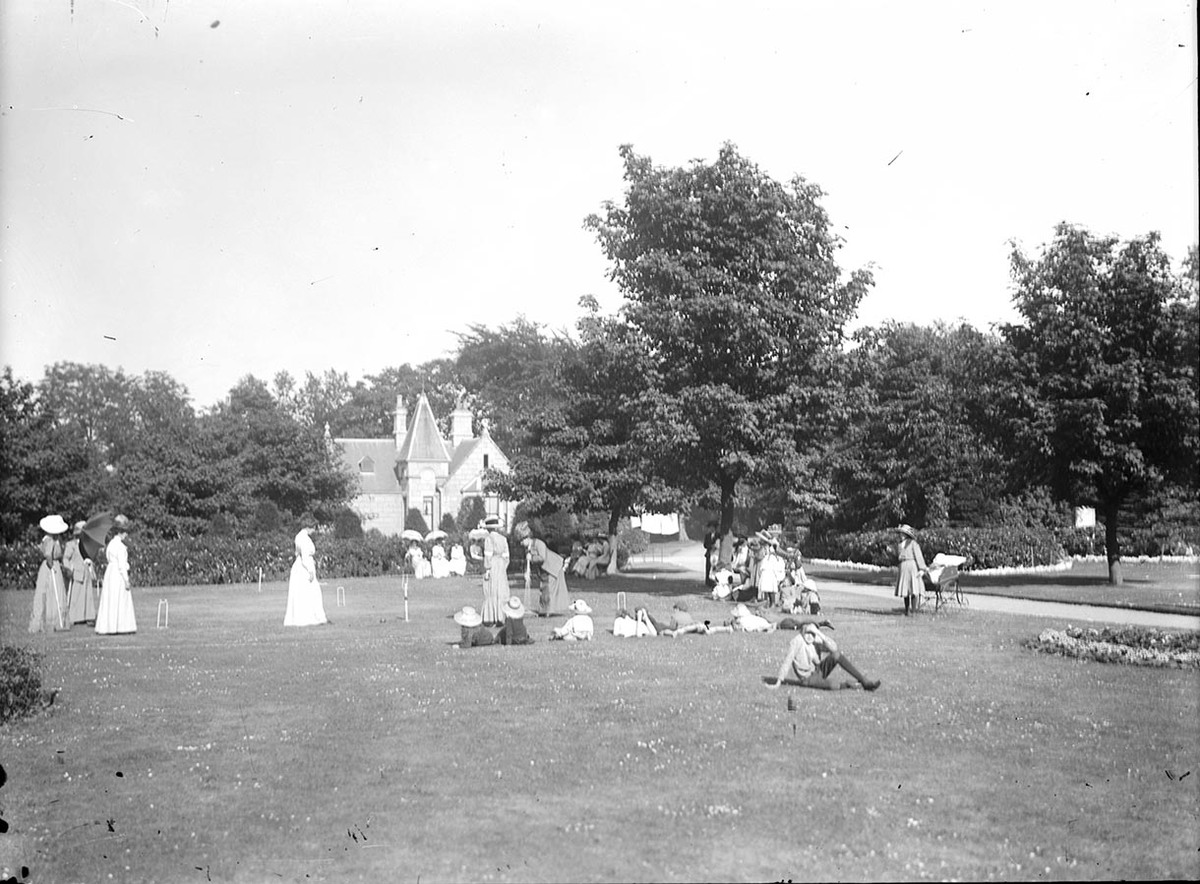 A group of men and women enjoy the popular pastime of croquet. 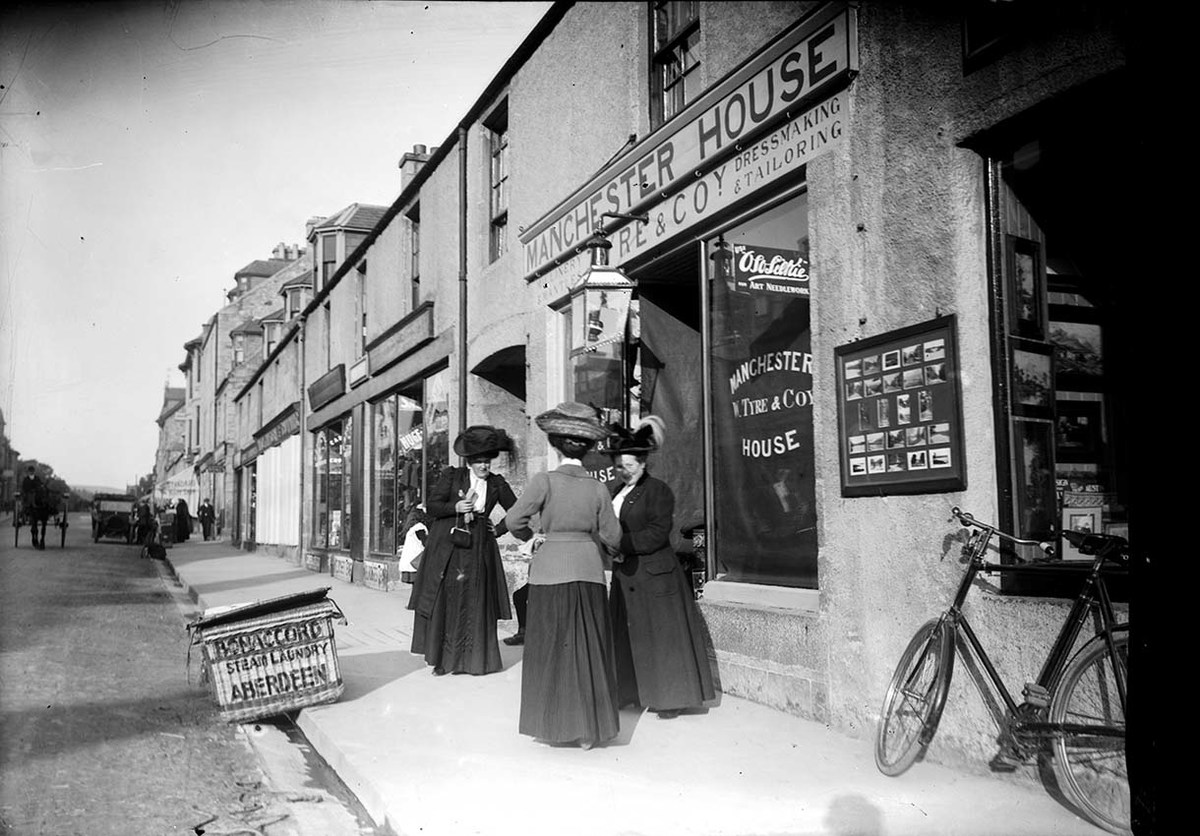 Three women are talking to each other outside a tailor’s shop on the high street of an Aberdeenshire town. 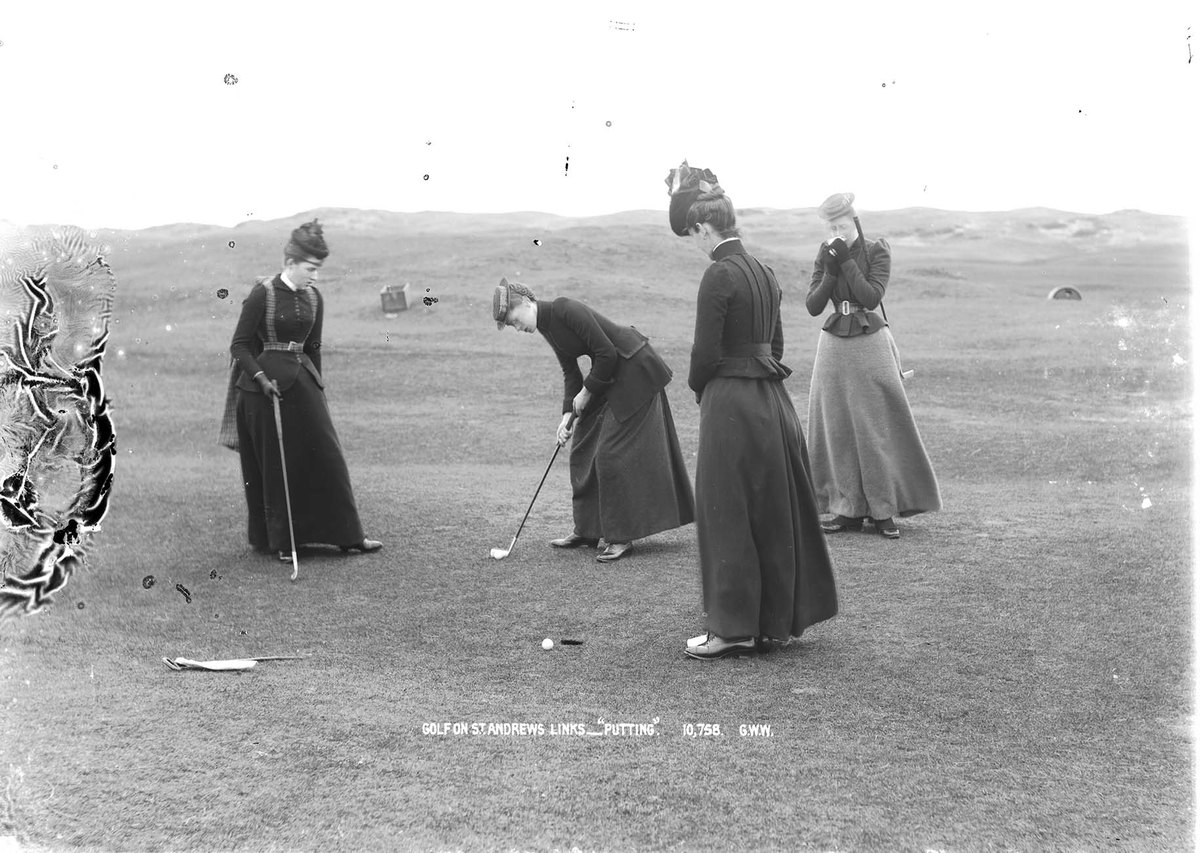 Four women can be seen putting on a St Andrews Golf course. Putting was an acceptable pastime for women because it did not involve the action of swinging the club. 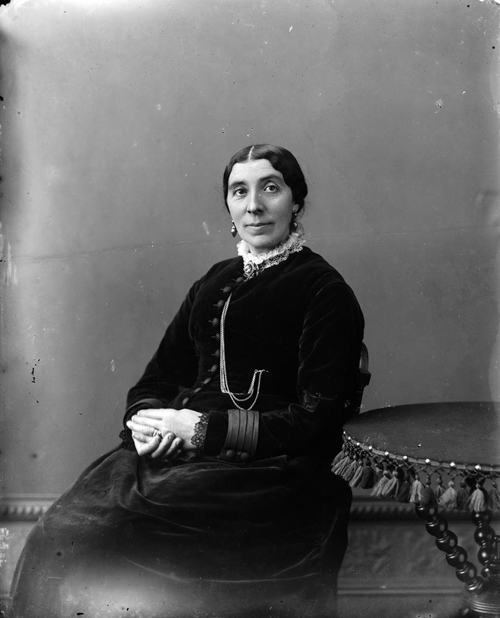 Taken in a portrait studio, the photograph shows a Mrs Dyce seated next to a table in a traditional pose.

The opening of parks and green spaces within cities was common in the 1800s. These spaces gave people more opportunities to enjoy outdoor sporting activities.

Putting was an acceptable leisure activity for women because it allowed them to maintain their femininity. Like croquet, a game involving hitting balls through hoops on a lawn, it did not require strenuous or forceful movements.

The development of the railway networks opened up a whole new world of tourism. The Scottish Highlands, in particular, became a popular destination for travellers. 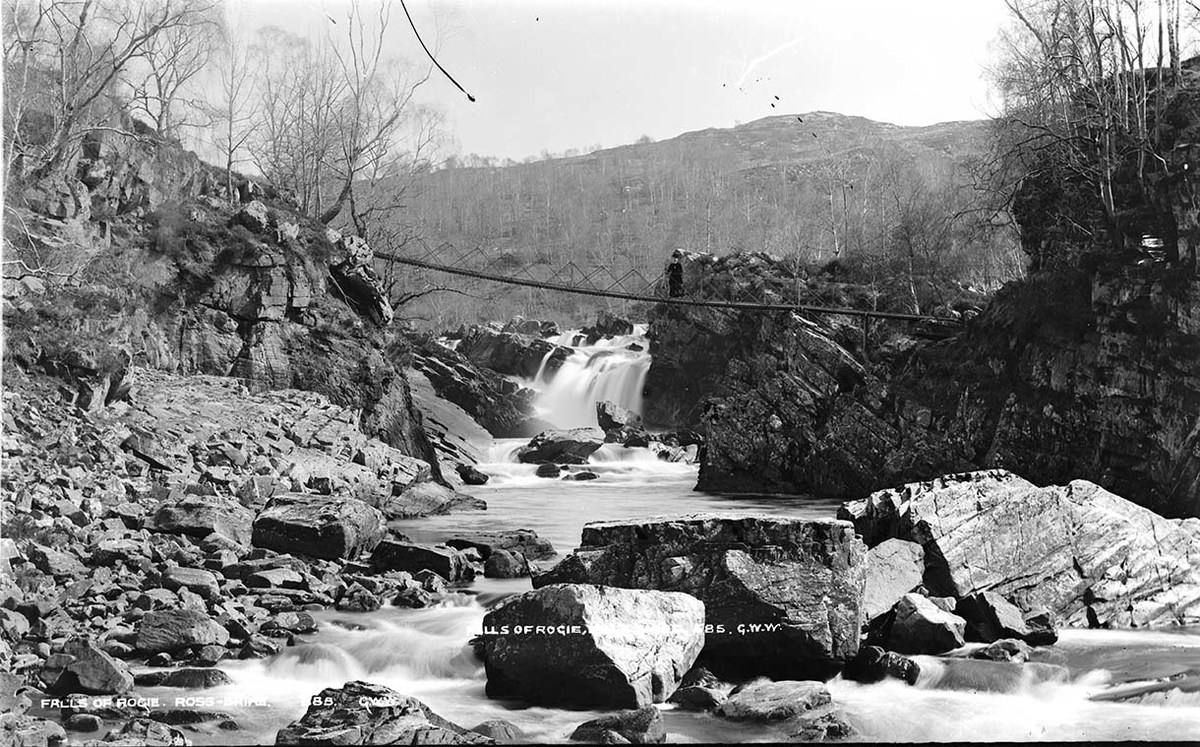 A woman can just be seen standing on a bridge above the picturesque Rogie Falls. See her up close by following the link to our Image Viewer. 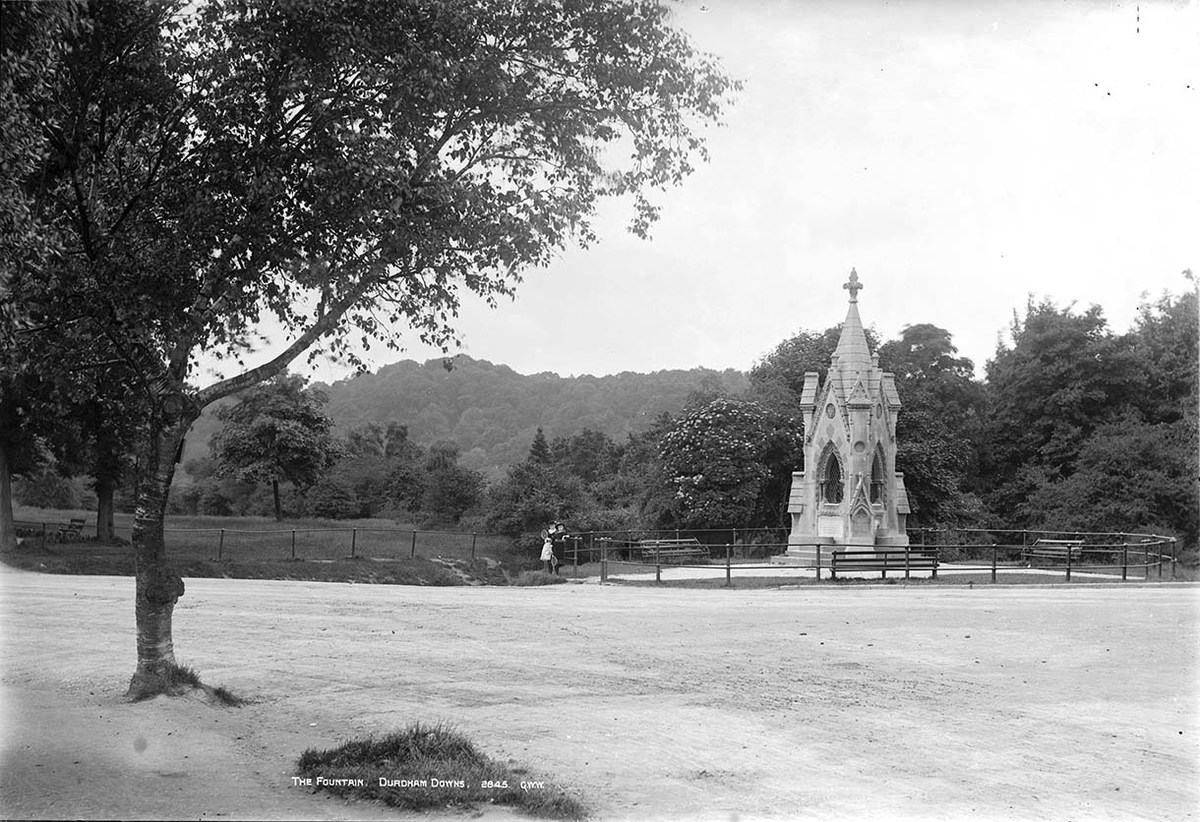 Two young girls are standing at the drinking fountain in Bristol holding racquets. The fountain was commissioned in 1872, the park having opened to the public in 1861. See the girls up close by following the link to our Image Viewer. 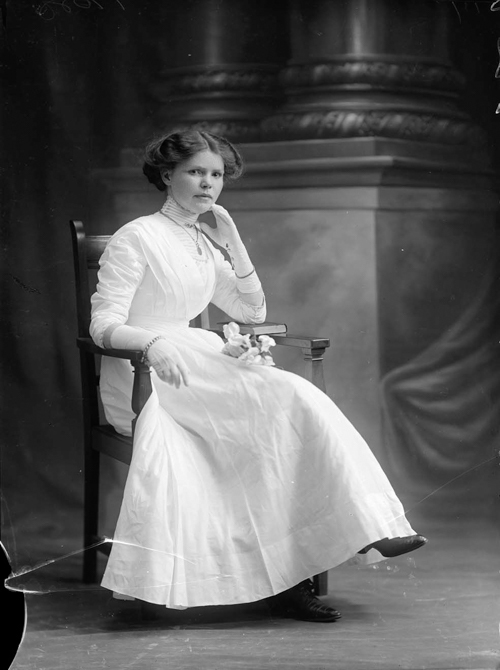 A young woman is seated before an ornate painted backdrop. The bouquet of flowers in her lap is significant as flowers could convey coded messages in the Victorian era, a form of symbolism known as floriography. 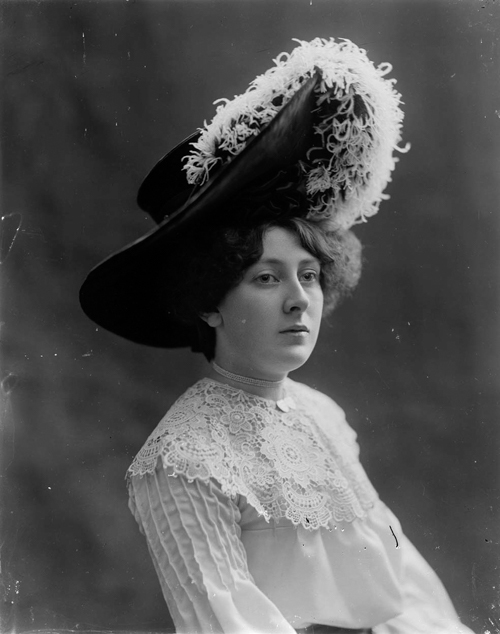 Portrait of a Lady

Taken in a portrait studio, this photograph depicts a woman wearing an ornate feathered hat, which were fashionable during the early Edwardian period.