The varied and difficult labour that women have carried out throughout history has often gone unrecognised and unpaid.

Life for working-class women, in particular, was arduous in the 1800s, requiring them to strike a balance between running a household, raising children, and earning a living. 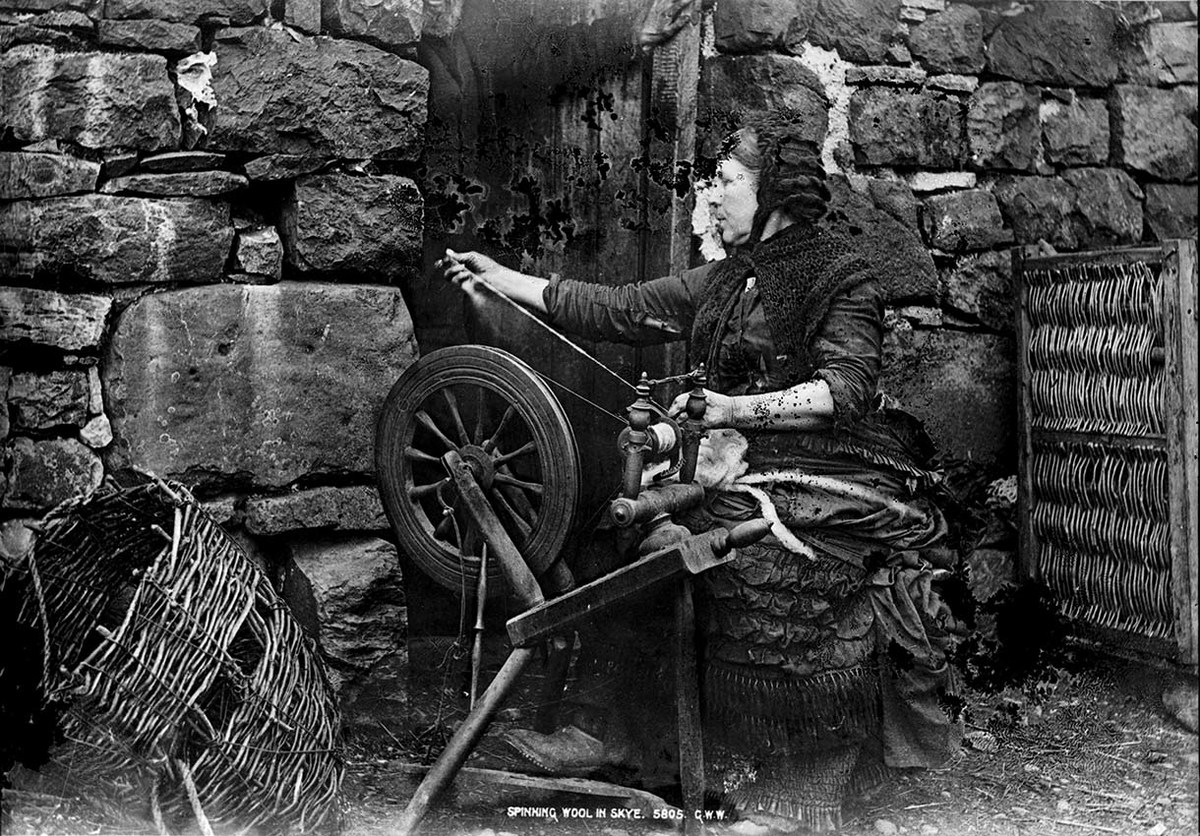 A woman is seated at a spinning wheel, most likely at her own home. In rural areas like the Isle of Skye the skill of spinning wool was passed down through generations. 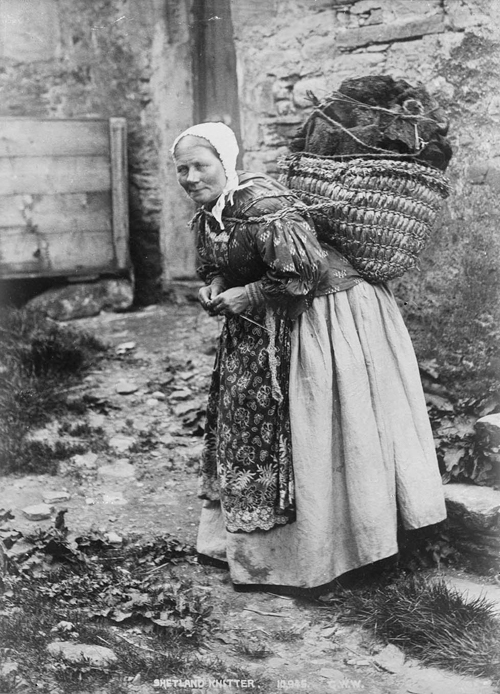 Women often knitted clothing and blankets for their families in rural Highland communities. Carrying a basket of peat on her back, this woman is doing two jobs at once to provide for her family. 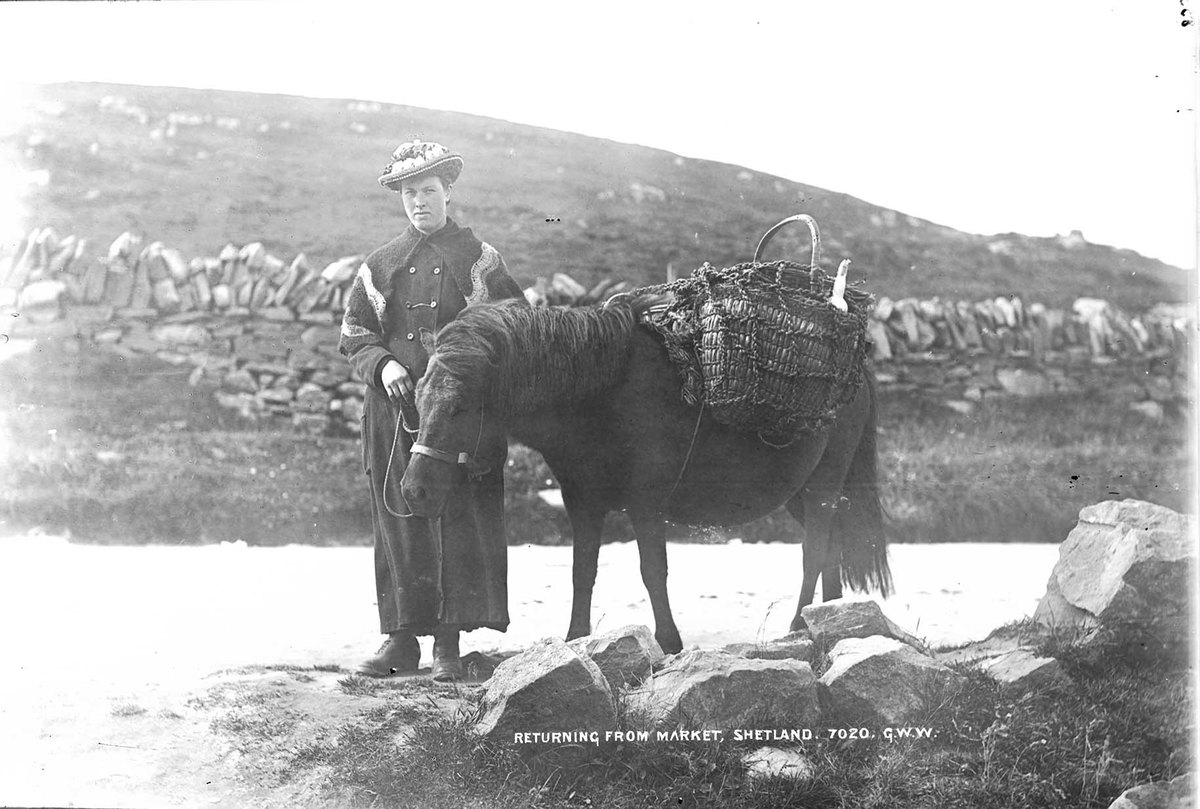 A woman leads her pony back from the market, laden with her purchases. 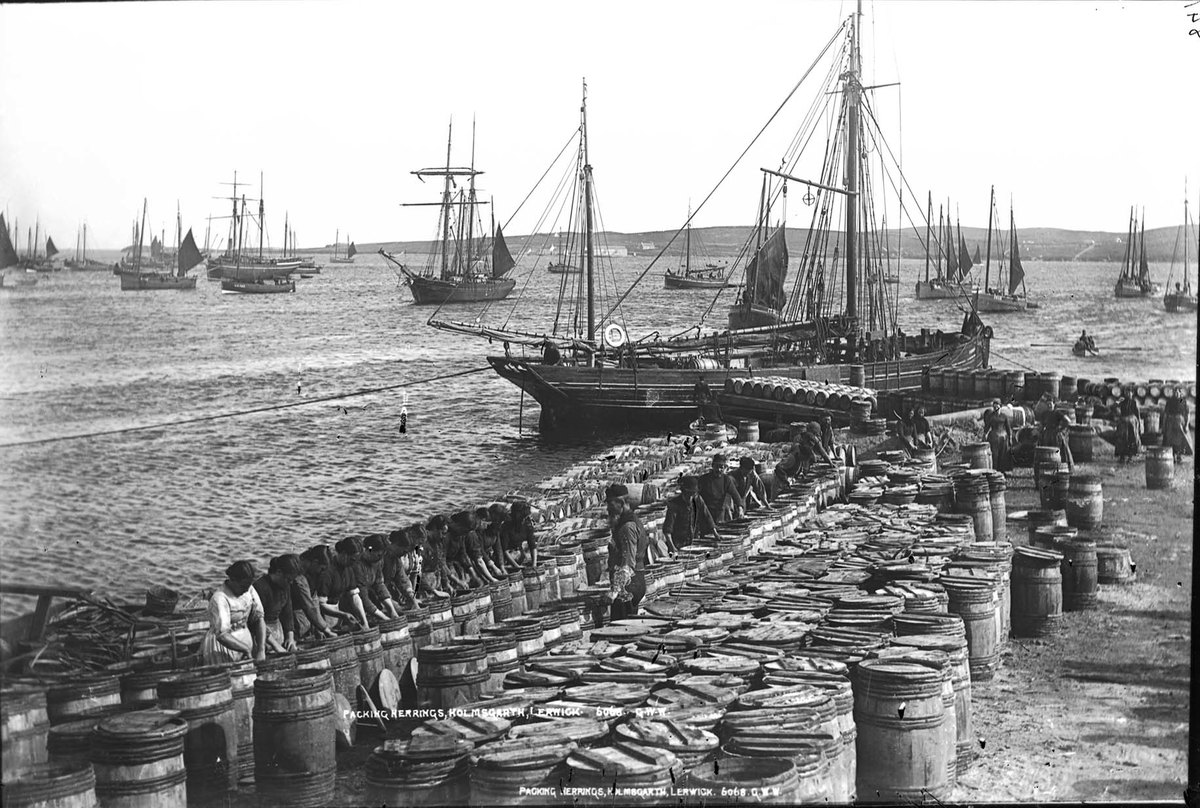 Women prepare herrings at the harbour. Herring girls were often travelling workers who earned their living gutting and salting fish. Men can also be seen in this image, barrelling the produce to be shipped. Follow the link to see their work more closely using our Image Viewer. 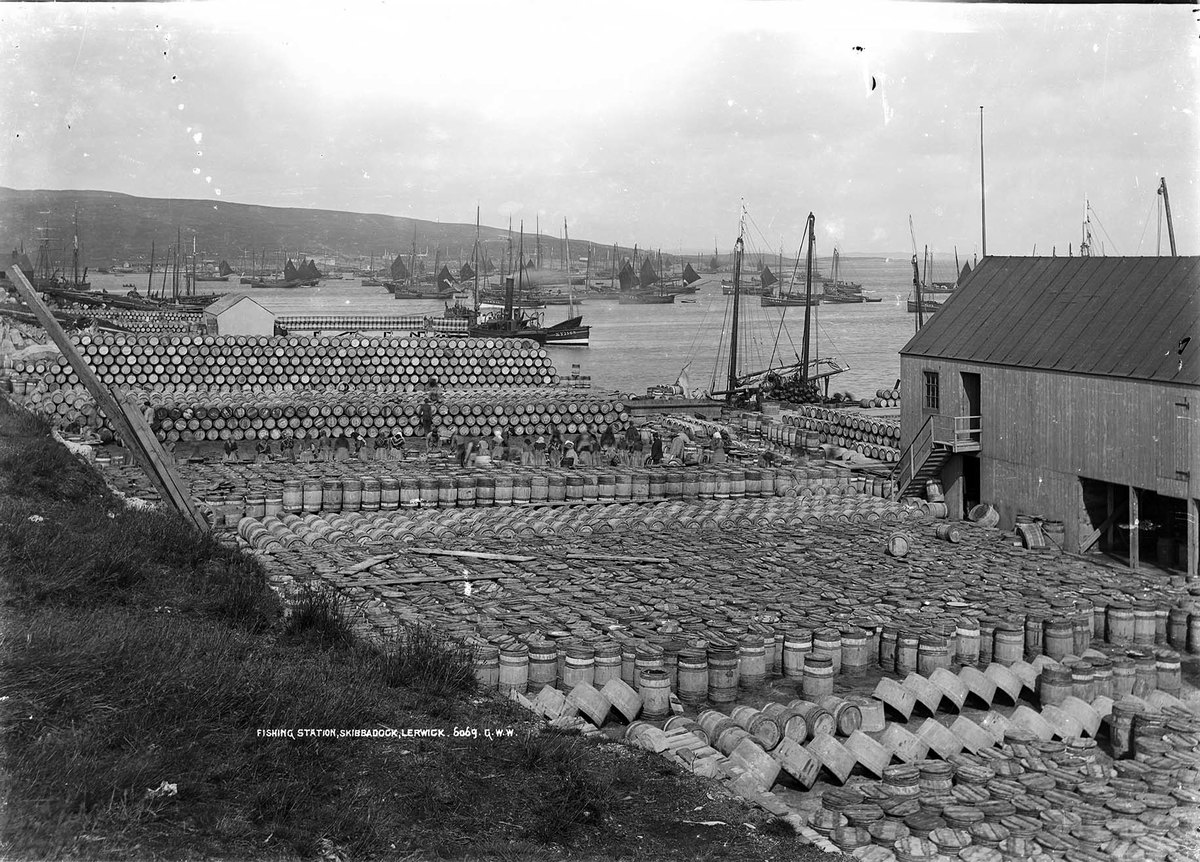 In this view of the harbour, a group of women can be seen in the distance preparing fish. Follow the link to see the women's work more closely using our Image Viewer. 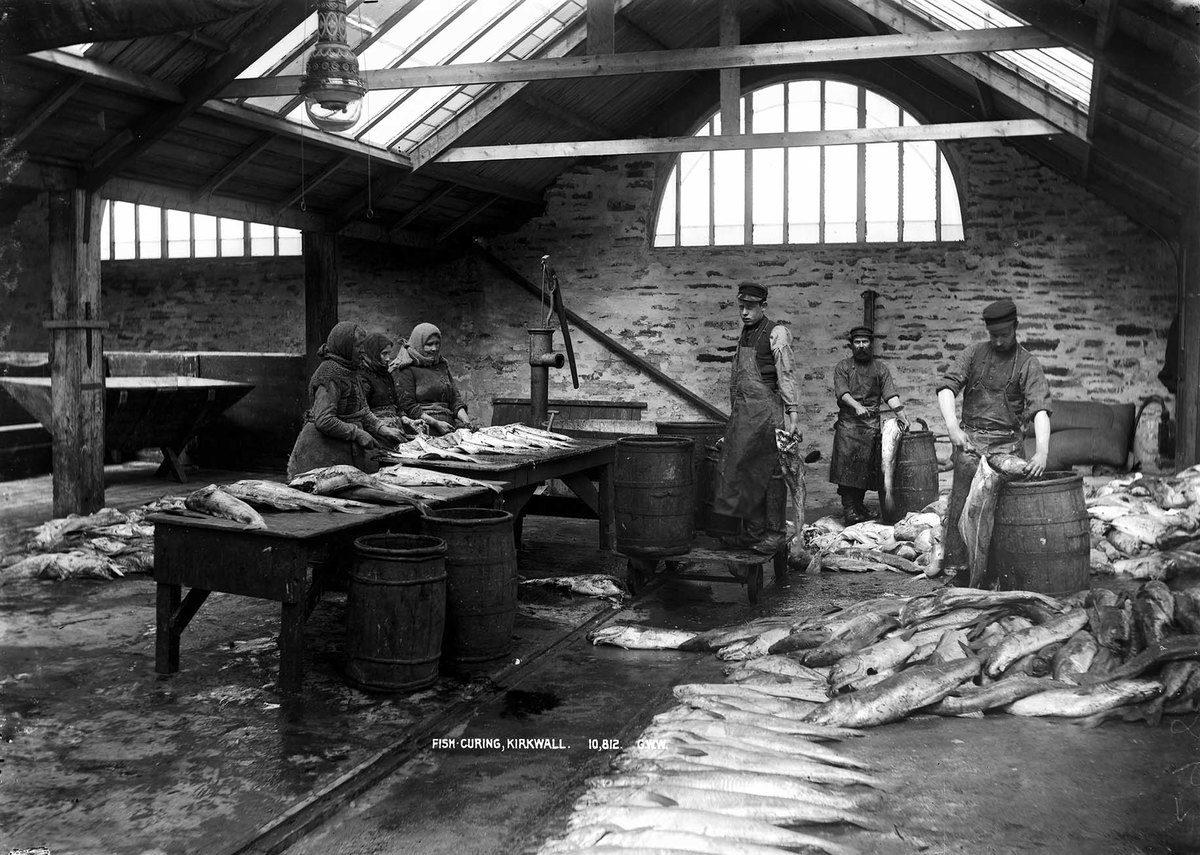 Herring girls were women who often travelled from their homes on the Hebridean islands, off Scotland's West Coast, to earn a living curing fish. Working in groups of up to four, they gutted and salted fish while the men barrelled them ready to be shipped. 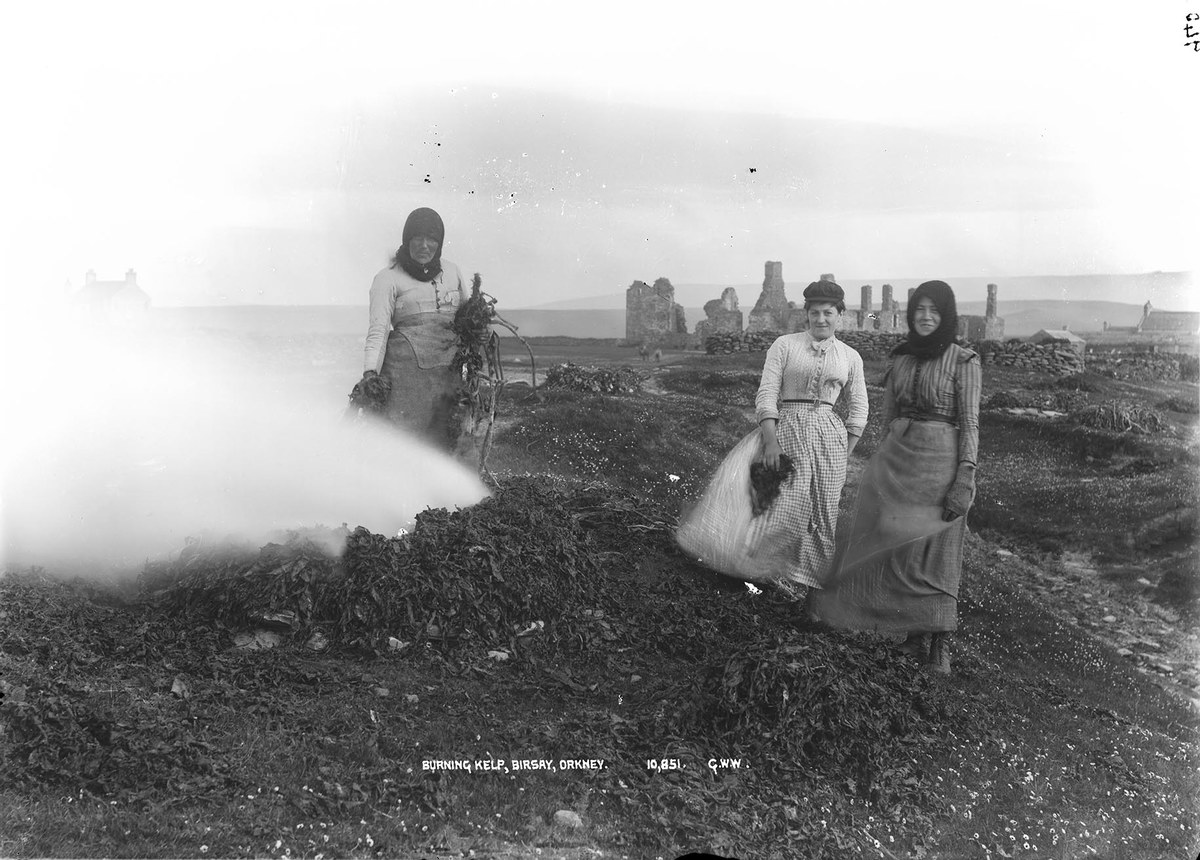 Three women are burning kelp, a kind of seaweed that had multiple uses and was burned seasonally between June and August.

In rural communities like those of the Orkney and Shetland Islands, the northernmost parts of Scotland, many women had to learn skills such as peat gathering, knitting, and spinning. They needed these skills not only to earn a wage, but for the survival of their households.

In the 1880s George Washington Wilson visited St Kilda, in the Outer Hebrides of Scotland, and documented the hard lives of its isolated inhabitants. There was a community on St Kilda for at least 4,000 years, until the 1930s, when the remaining islanders were no longer able to make a good living there, and were eventually evacuated. 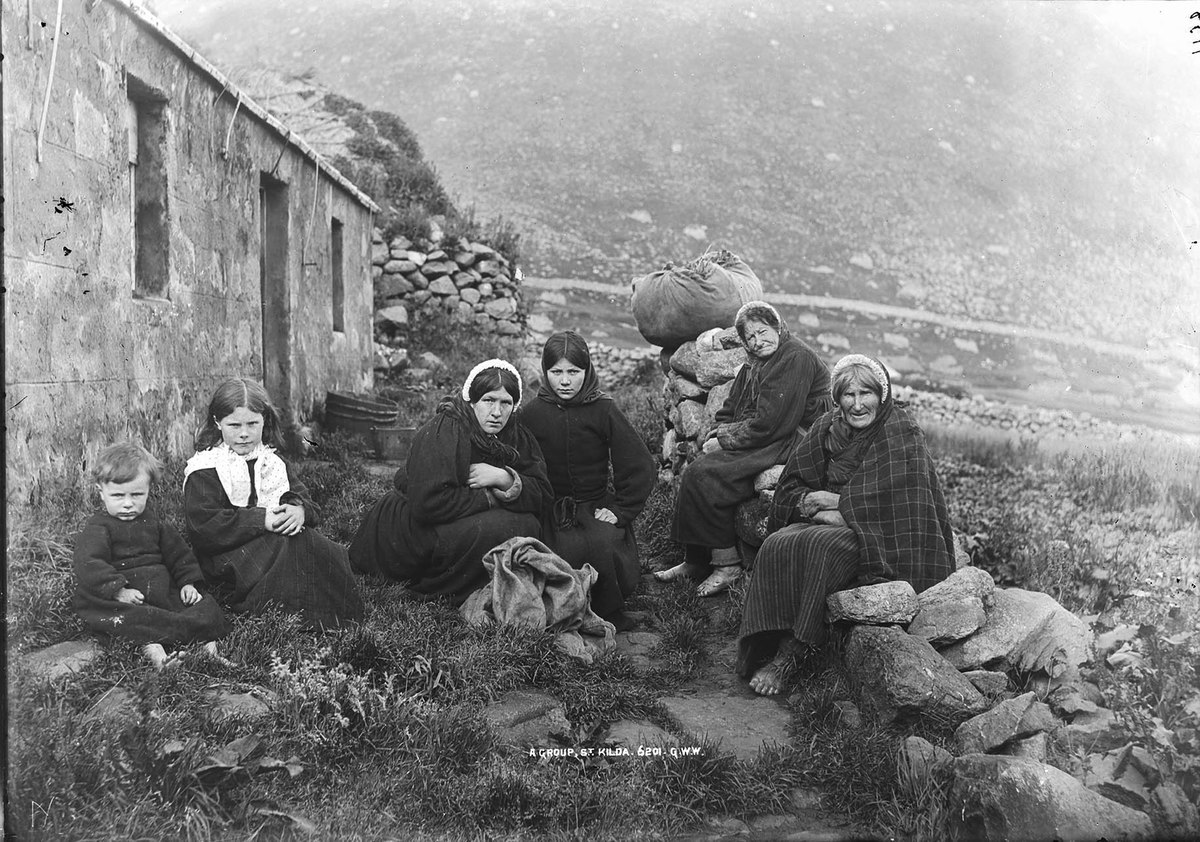 An intergenerational group outside a cottage on St Kilda. In 1930 the last remaining islanders were evacuated due to a dwindling population and lack of natural resources. 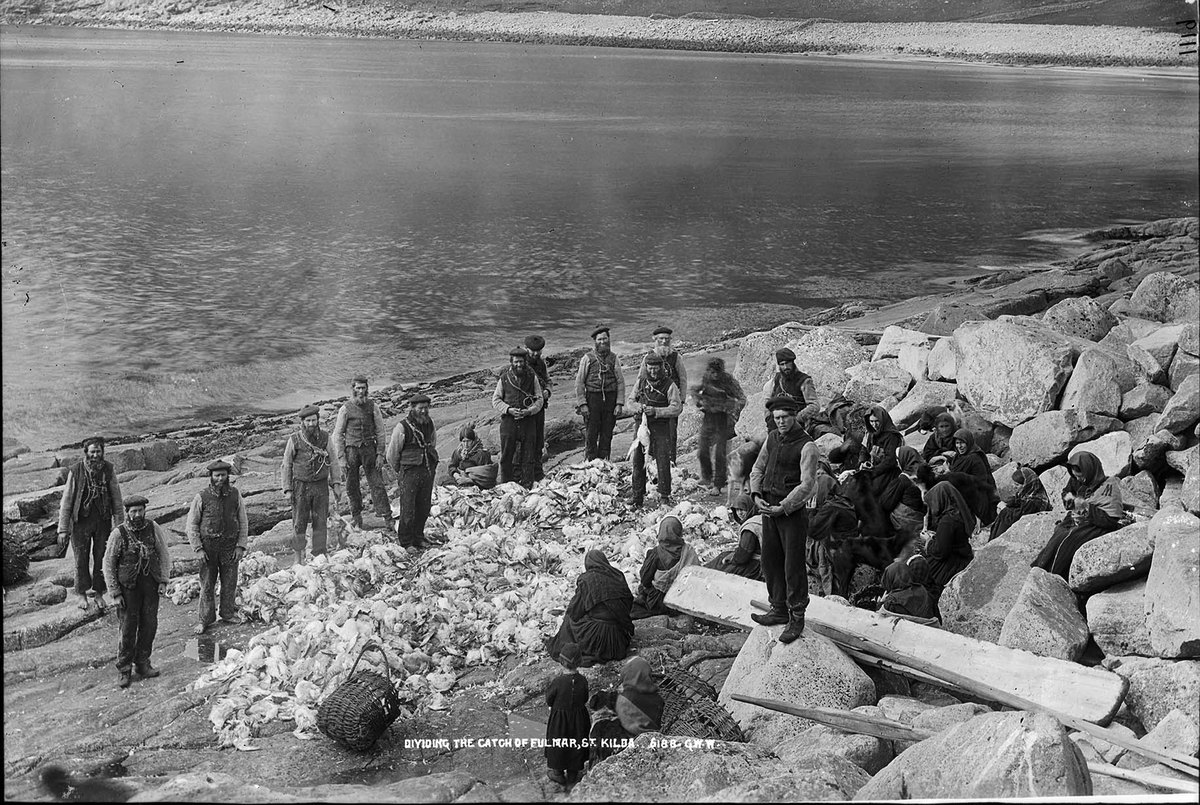 Men and women gather around their catch of the seabird, fulmar. The species was widely hunted on St Kilda to provide oil for lamps and down for bedding, and was also a source of food. 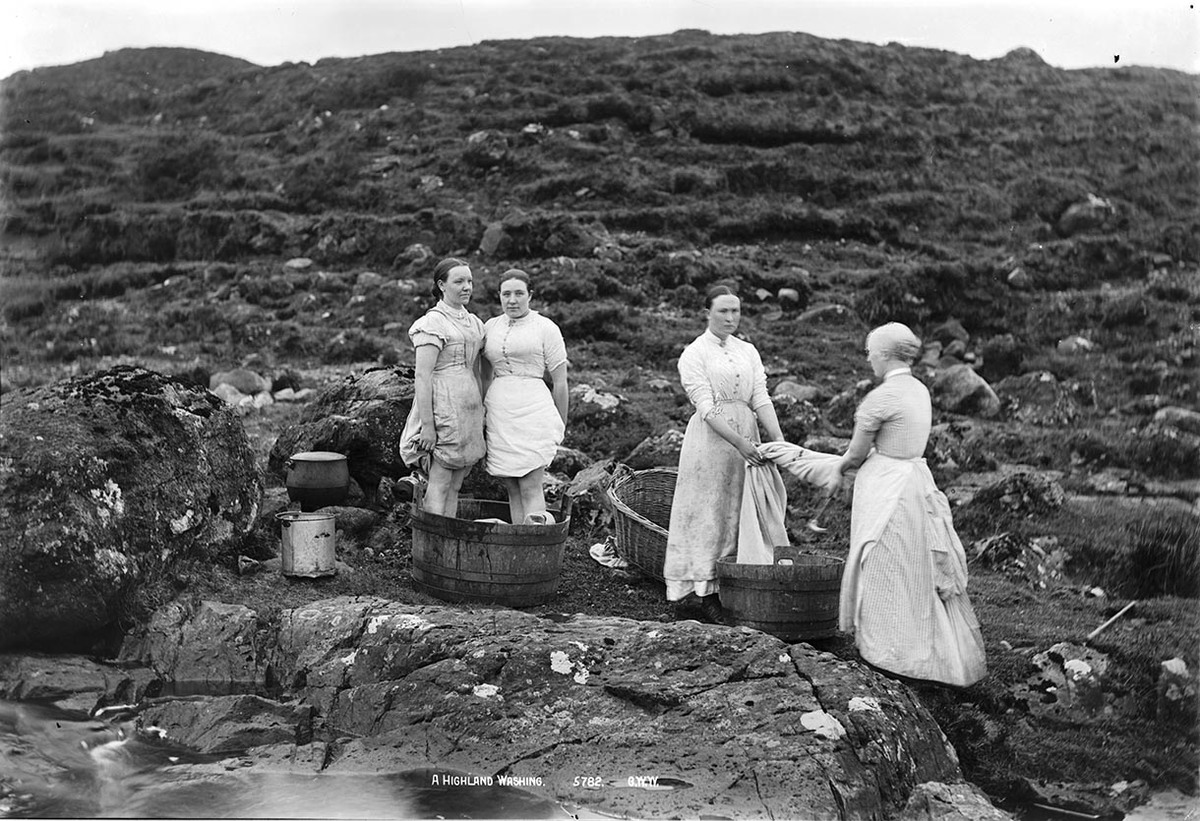 Four women are pictured on a rocky landscape doing their washing. Two are standing in a tub, presumably washing the garments using their feet, while the other two wring sheets. 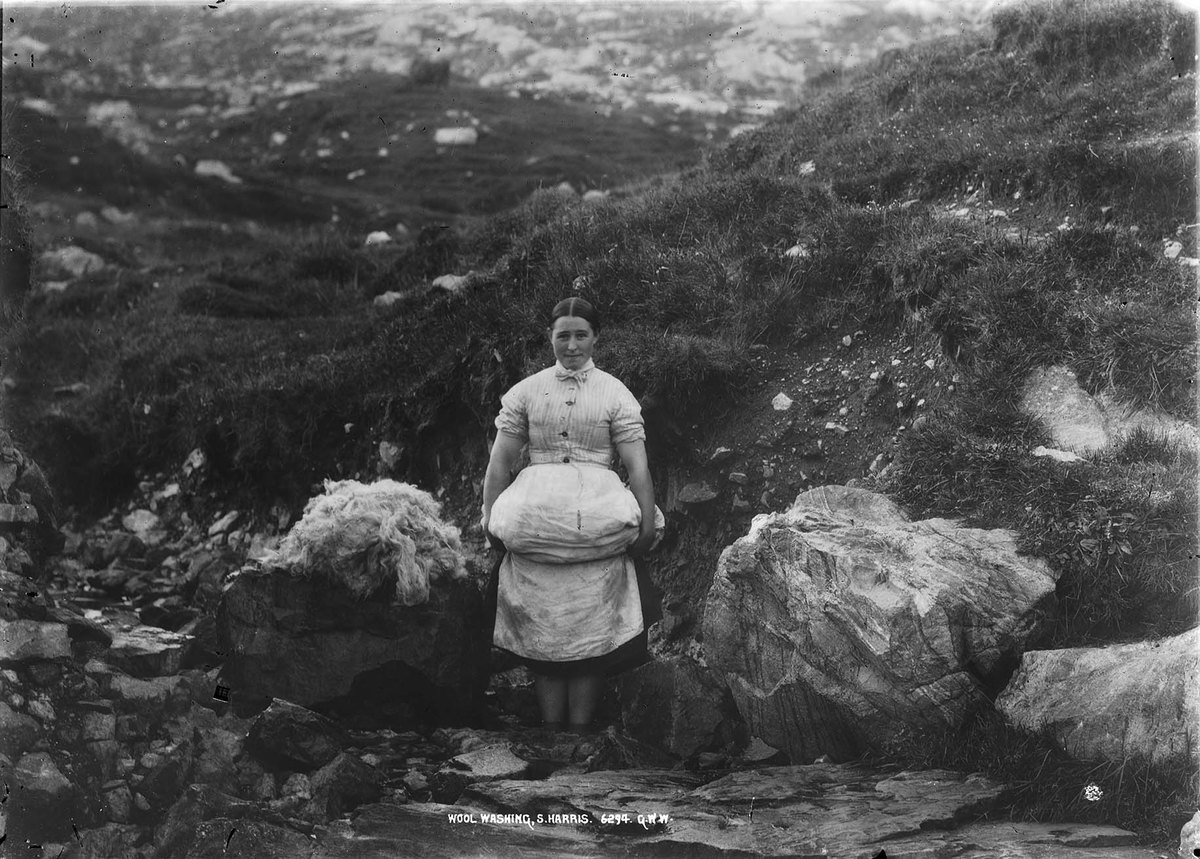 A young woman is pictured washing wool in a stream, holding her skirts above the water.

Different kinds of work existed for women in towns and cities.

Known for singing while they worked, the fishwives of Newhaven in Edinburgh, carried fish from the harbour to the city centre to be sold. These women played an important part in the local economy. 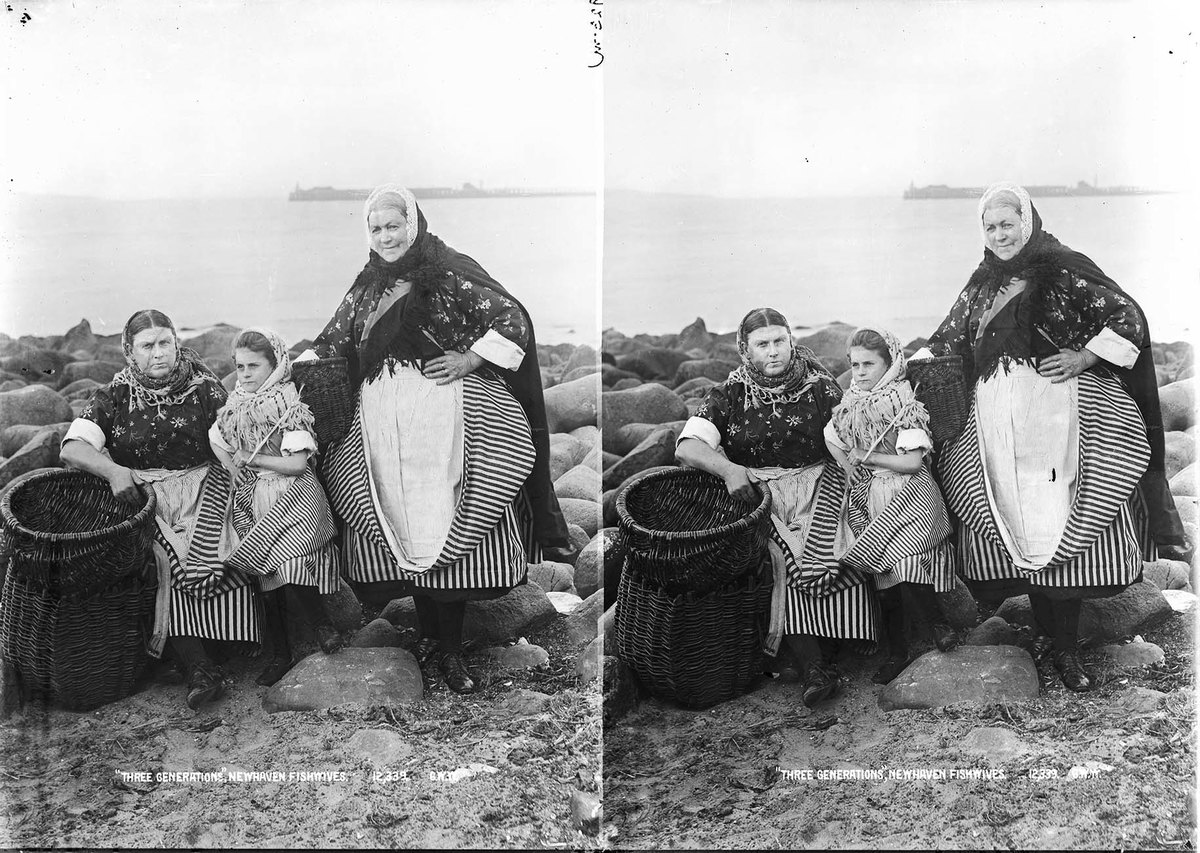 Fishwives passed their trade of selling fish down through the generations. 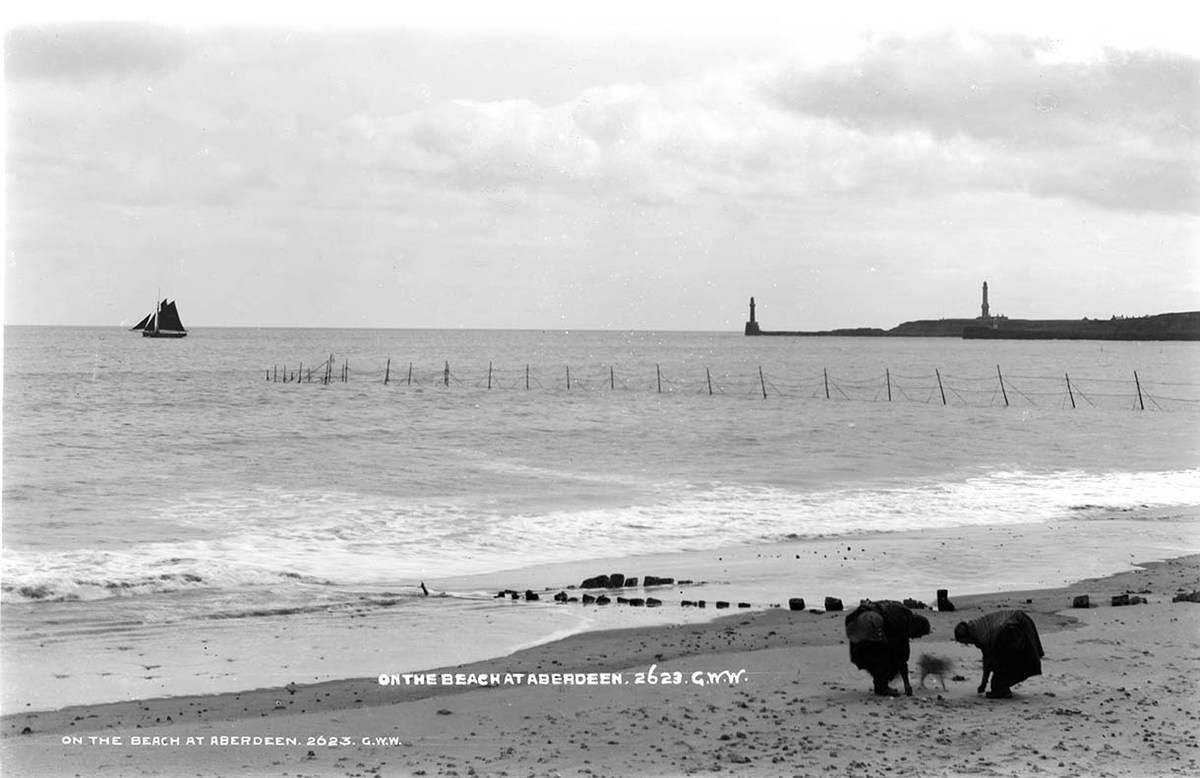 On the Beach at Aberdeen

Two women forage for mussels on the beach. 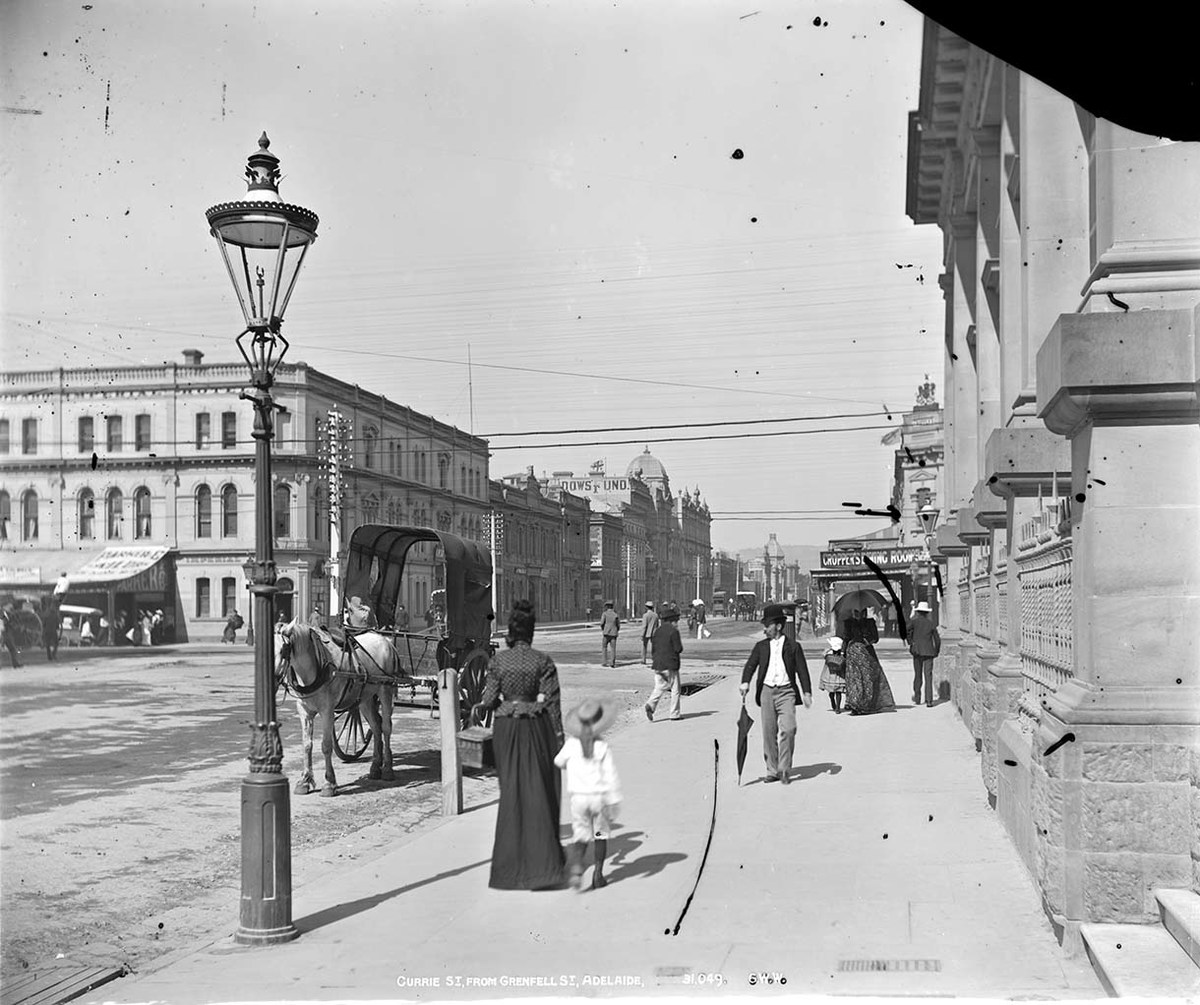 A woman leads her child down the busy thoroughfare in a Southern Australian city. 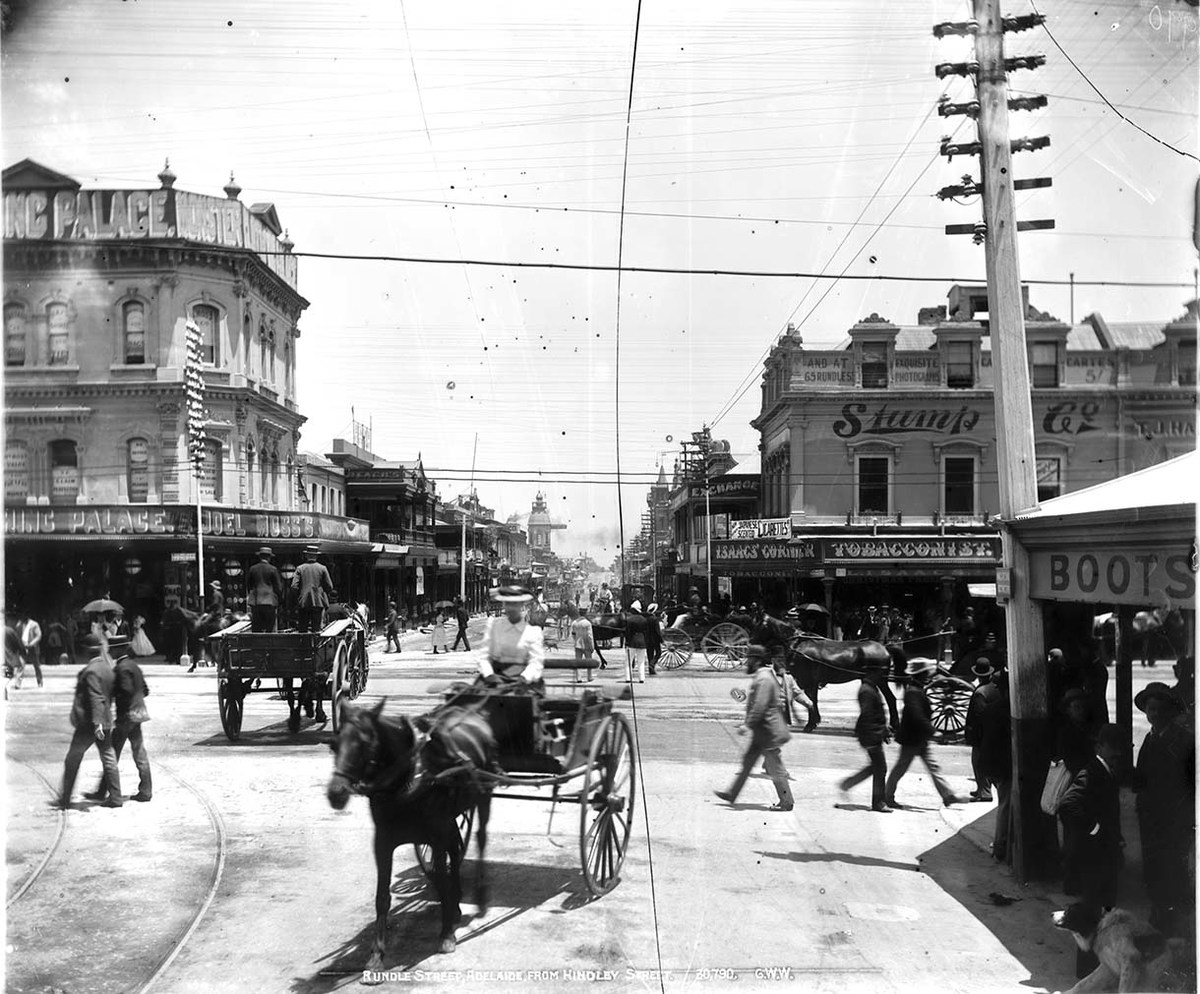 A woman drives a horse and cart down a busy street in South Australia.