In the patriarchal society of Scotland in the 1800s and early 1900s, education for young girls and women often centred on preparing them for domesticity and childrearing. But by the second half of the century, girls’ and women’s educational horizons had begun to expand.

Any new educational opportunities were almost exclusively afforded to middle and upper-class women, however. Working-class girls could rarely afford to attend school, and often began working at a young age in order to support their families. 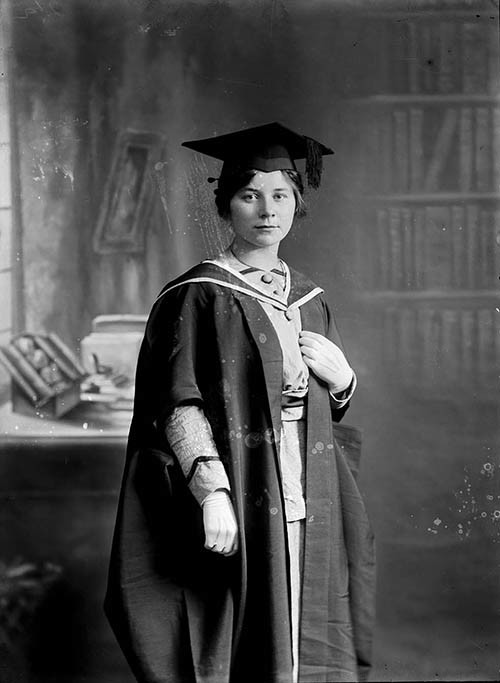 It wasn’t until 1898 that the first women graduated from the University of Aberdeen. Miss Strachan, pictured here, graduated in 1915, having studied courses on zoology and moral philosophy.

The Education Act of 1872 in Scotland made it compulsory for all children aged between 5 and 13, not just boys, to attend school. With this ruling, numbers of female teachers began to increase, though they were paid less than their male counterparts.

In 1877 the University of St Andrews introduced the LLA or ‘Lady Literate in Arts’ qualification, which permitted women to take courses in languages, sciences, and the arts. George Washington Wilson’s eldest daughter, Mary Jean ‘Jeanie’ Wilson, earned her LLA in German, with Honours in Geology, in 1883.

The LLA qualification, however, did not hold the same weight as a university degree and women, although allowed to study at universities, could not enrol as full students.

In the 1890s, Scottish universities began to admit women on an equal standing with men. It was during 1892 that the University of Aberdeen opened its doors to female students for the first time, and in 1898 its first four female students graduated with arts degrees. 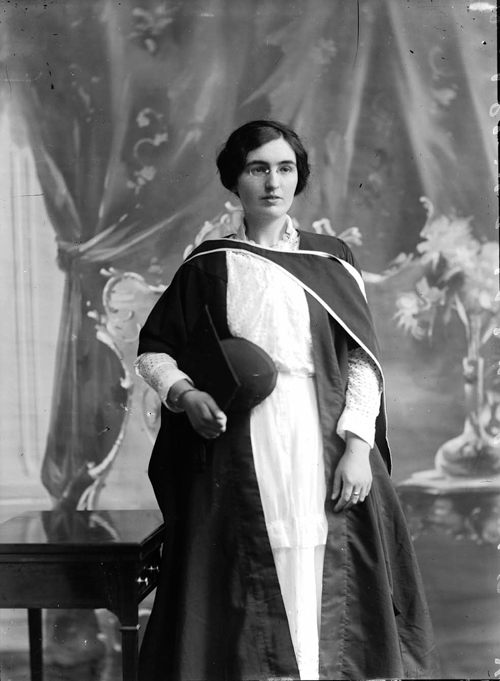 Another of the University of Aberdeen’s 1915 graduates, Miss Smith was part of the cohort that included the well-known writer and poet Nan Shepherd (1893-1981). Smith, like Shepherd, was a student of English Literature. 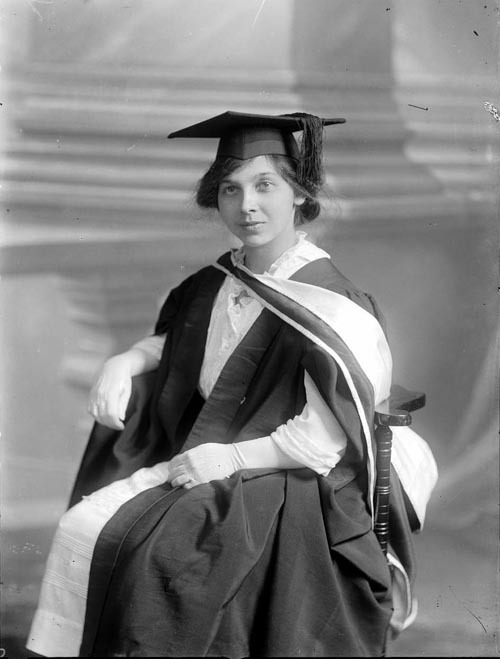 Miss Wood graduated in Logic in 1915 from the University of Aberdeen, and went on to become a science teacher.

Nurses began to receive more formal training in the second half of the 19th century, with Florence Nightingale publishing her 'Notes on Nursing', the first instruction manual for nurses, in 1859. In 1860 her Nightingale Training School for Nurses opened in England. 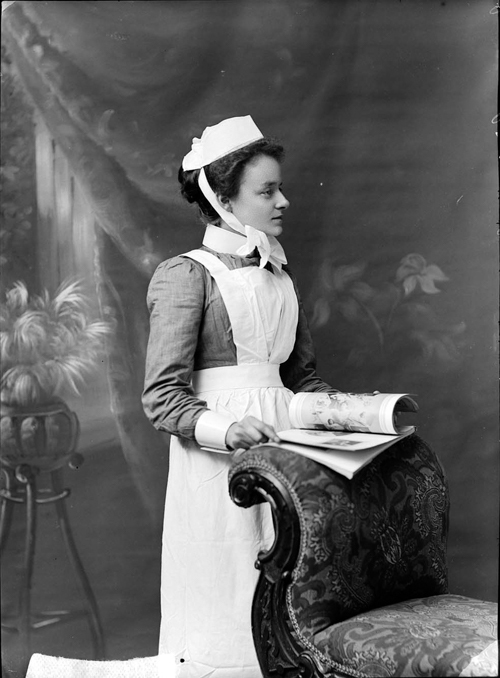 A newly qualified midwife is posed for her graduation studio photograph. Originally worn by Florence Nightingale, the nurse’s cap embodies the enduring spirit of the nursing profession. 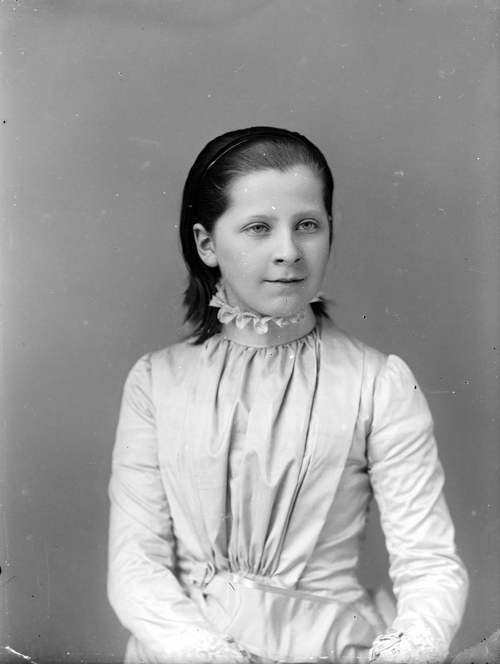 A studio portrait of a girl. Her loose hair signals that she is not of age to marry.