The following images are digitisations of glass plate photographs taken around 1870-1880, in the Moroccan port-city of Tangiers, by an unknown author. They are examples of portraits of women from the Morocco series, which consisted of at least 144 photographs of urban and rural landscapes, interiors and portraits; the series was purchased by the George Washington Wilson Company between 1880 and late 1890.

At the turn of the 20th century, the portrait photographs were then advertised for sale across the British Empire as variations of Moroccan Types, a now contentious term used in the 19th century for the presentation of different 'types' of peoples.

The titles of these portraits, which are original to the collection and contain terms that are now archaic or offensive, were meant to encourage the Victorian onlooker to consider the photographic representation of the people living in Tangiers at the time, who were divided by wealth, religion and occupation. 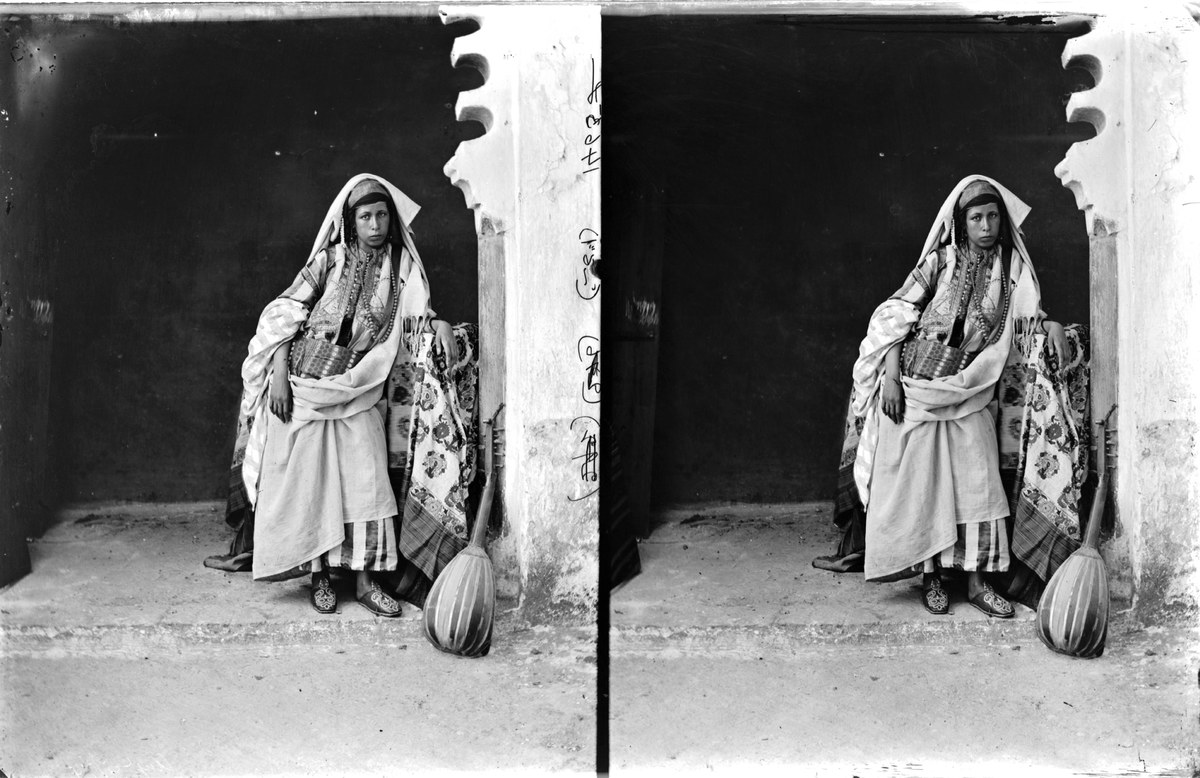 A woman posing in a doorway, dressed in traditional clothing.
MS 3792/E2203 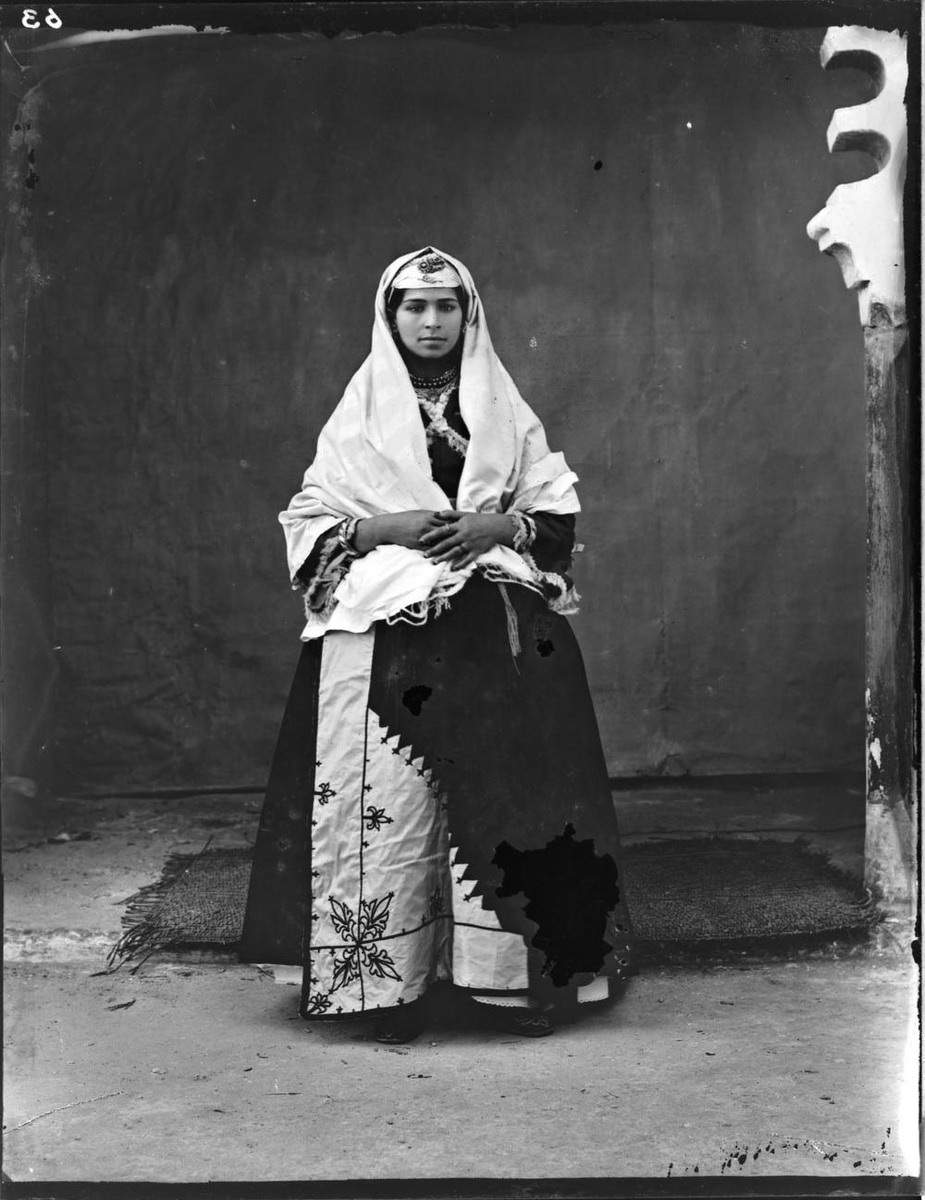 Jewess of Tangier in Outdoor Costume

In these examples, each woman occupies a neutral courtyard space, is costumed according to the type she is portraying, and is positioned amongst the domestic objects and fabrics European artists most closely associated with the 'Oriental Woman'. In presenting these women for public consumption in this way, these images form part of a wider body of visual art that functioned to support imperialist, colonialist and orientalist endeavours.

Considering these examples at length, one is impressed also by the technical quality of these 150-year-old photographs, the artistic attention to detail, and the dynamic persistence of each woman’s gaze. 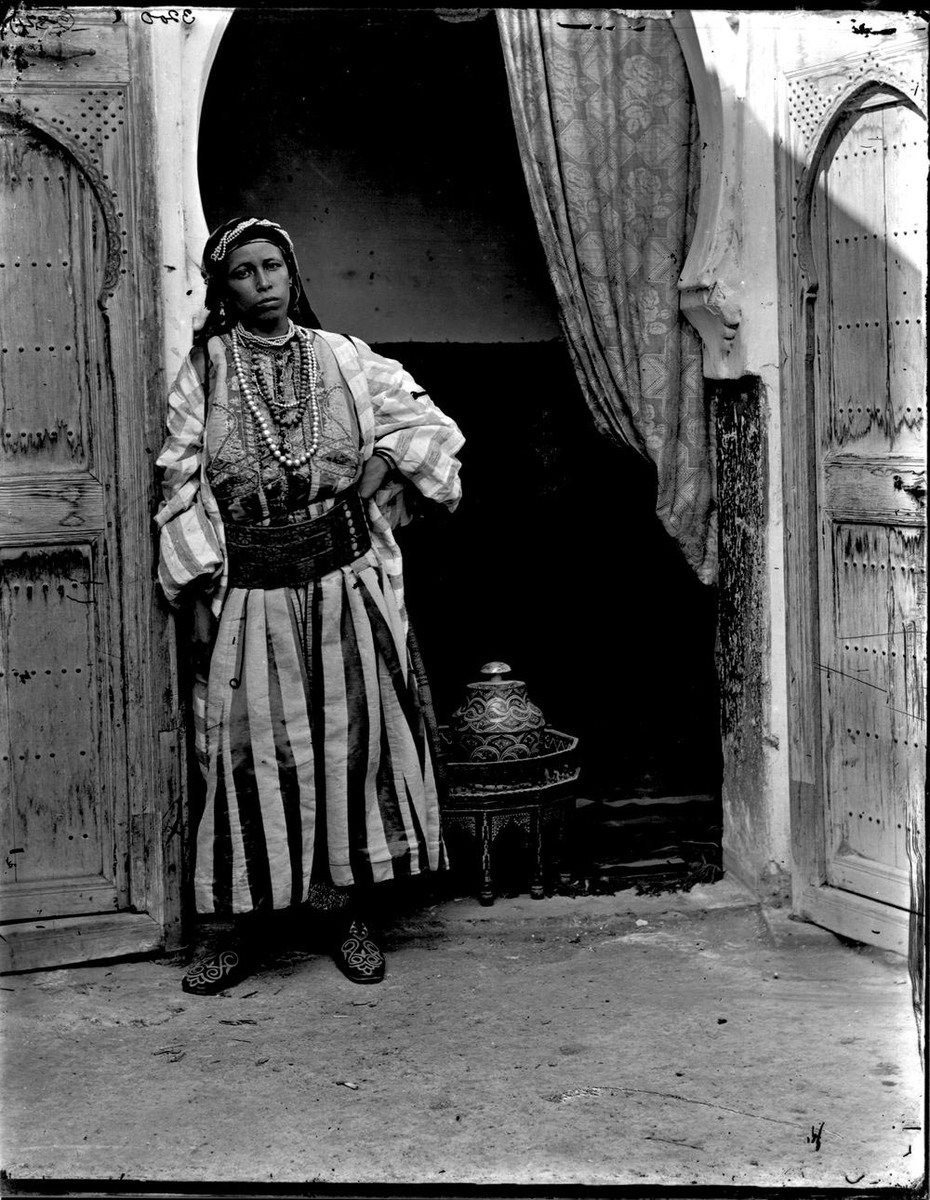 Portrait of a young woman posing in a doorway wearing layers of beaded jewellery and ornate patterned clothing.
MS 3792/C1741X 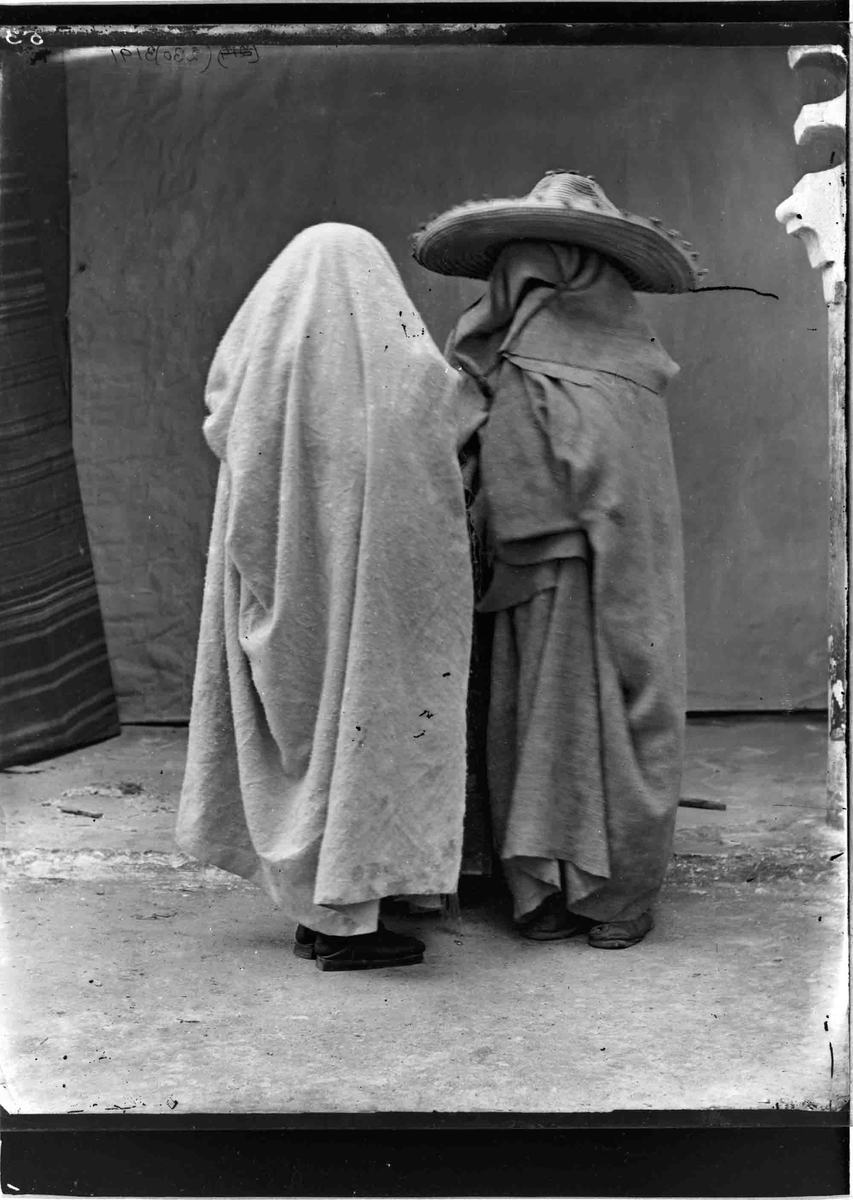