Ideas and stereotypes of witchcraft have been around for centuries. How witchcraft is represented in art, culture and storytelling can be directly linked to the Western Christian ideas of witches, witch hunting, and magic which developed during the 16th to 18th century. Witchcraft beliefs in Scotland inspired famous works such as Shakespeare’s Macbeth and Robert Burns’ Tam o' Shanter. The modern romanticisation of witchcraft changes the idea of evil, devil worshipping magic practitioners into something much more family friendly and empowering, aided by modern media sensations such as Harry Potter and Wicked. People continue to be fascinated by witches, folklore, and spooky mysterious happenings: the very same elements that once terrified society and led so many to their deaths. 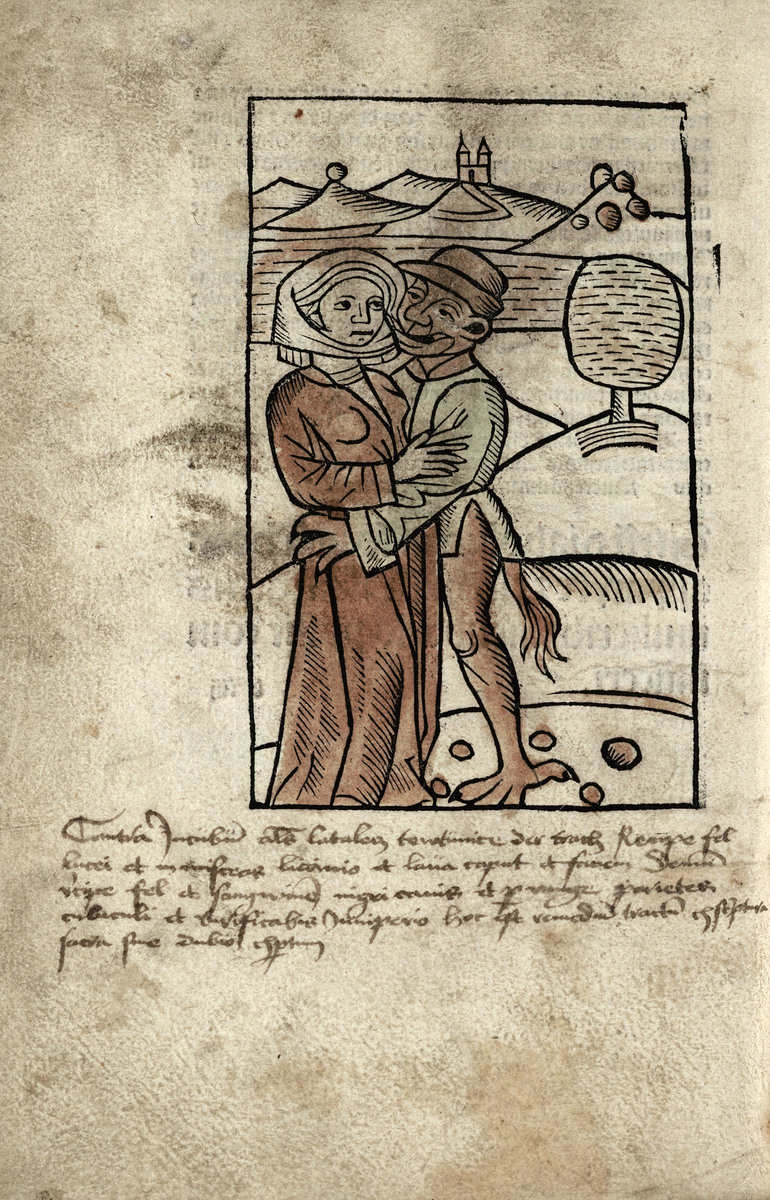 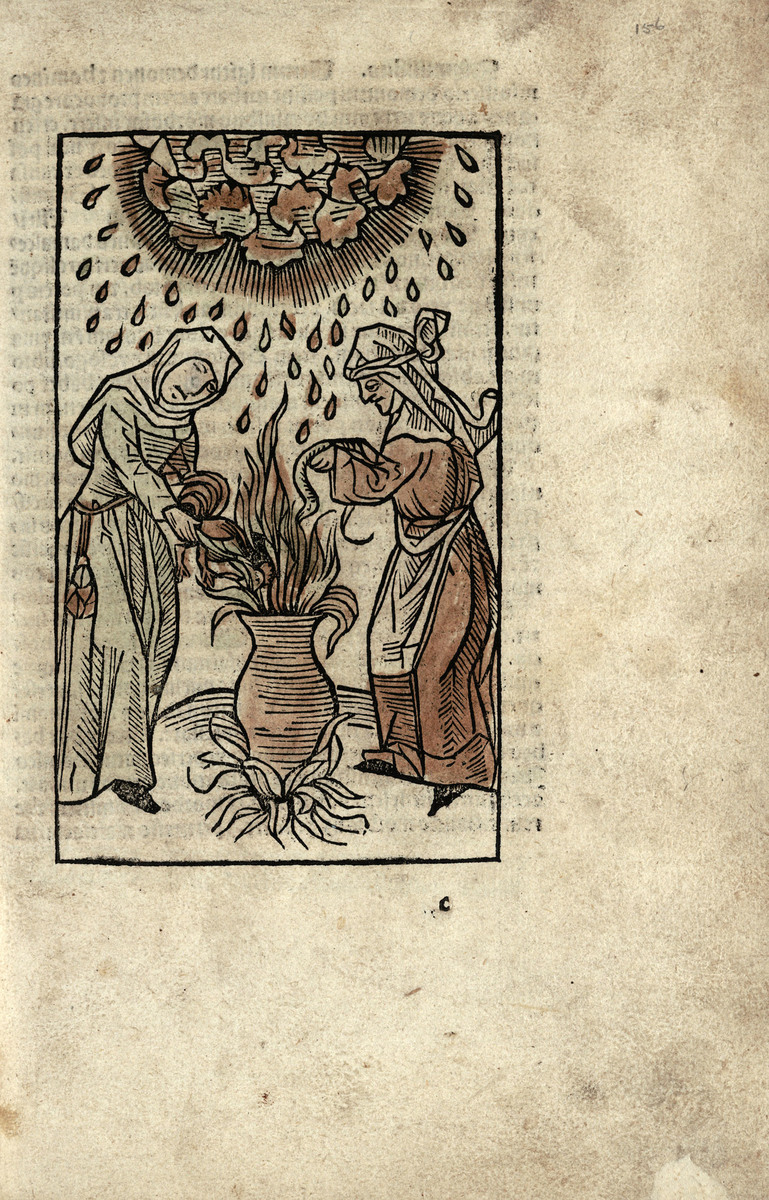 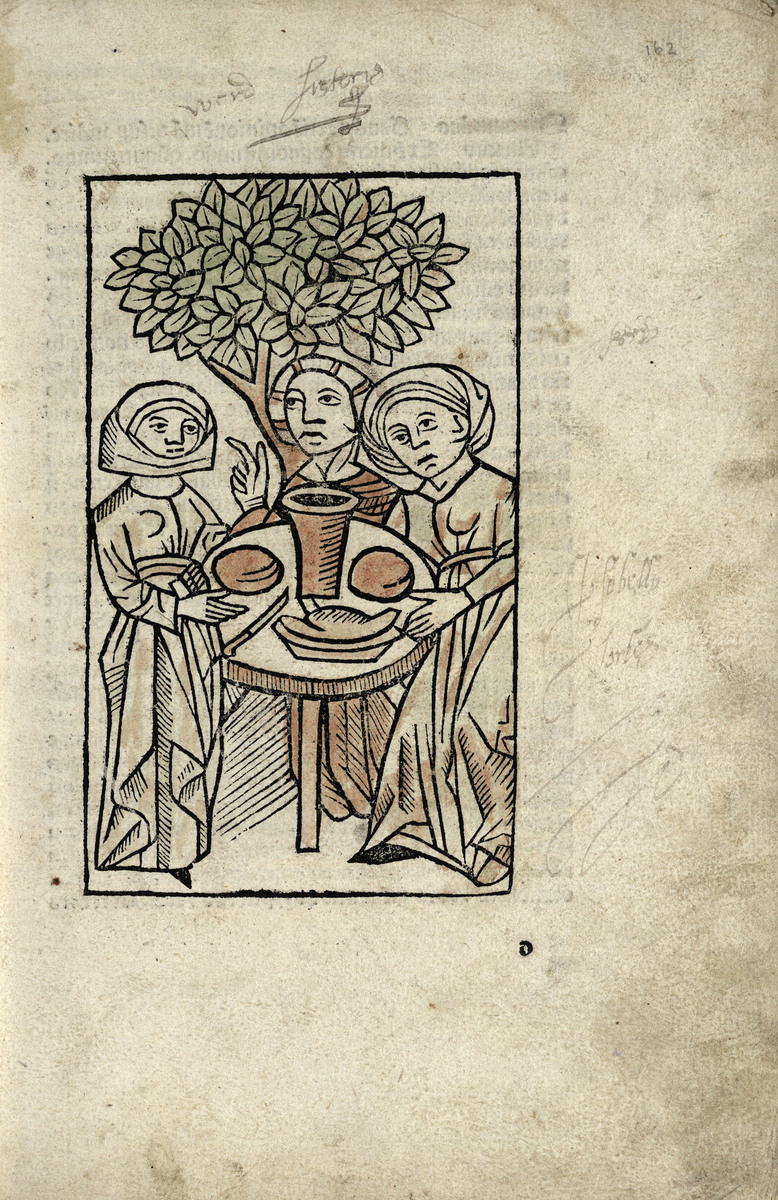 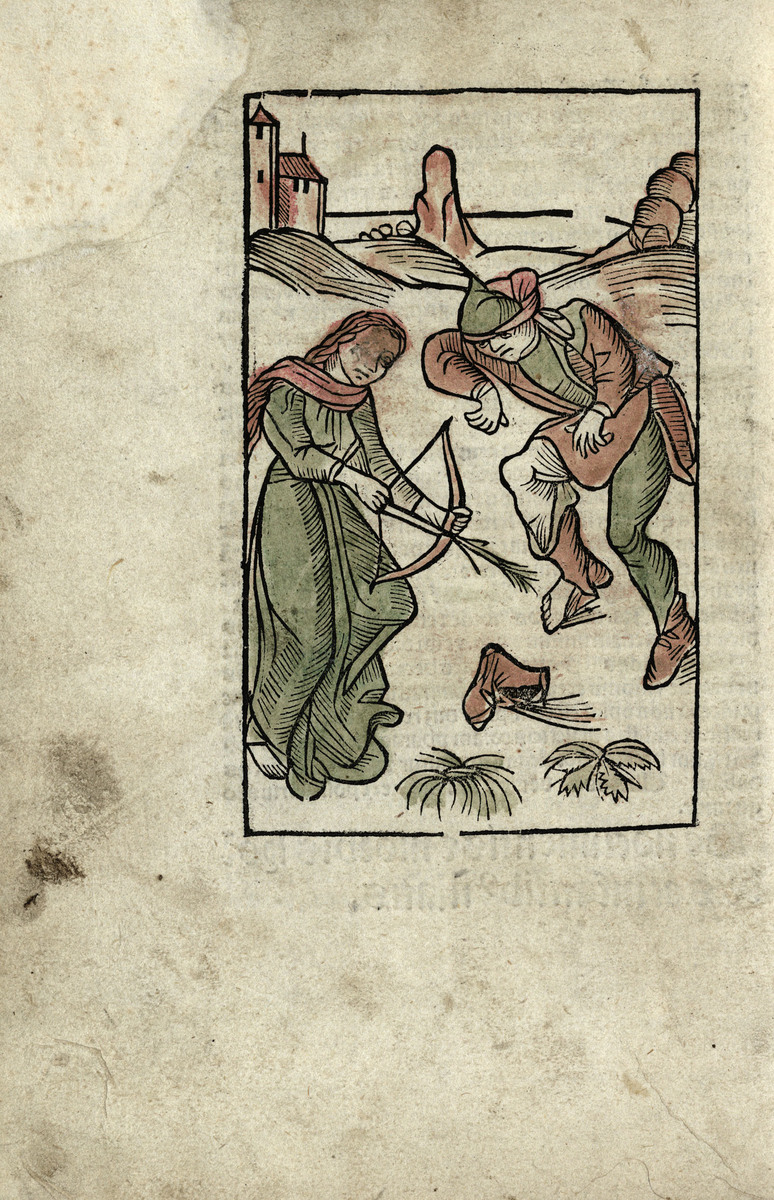 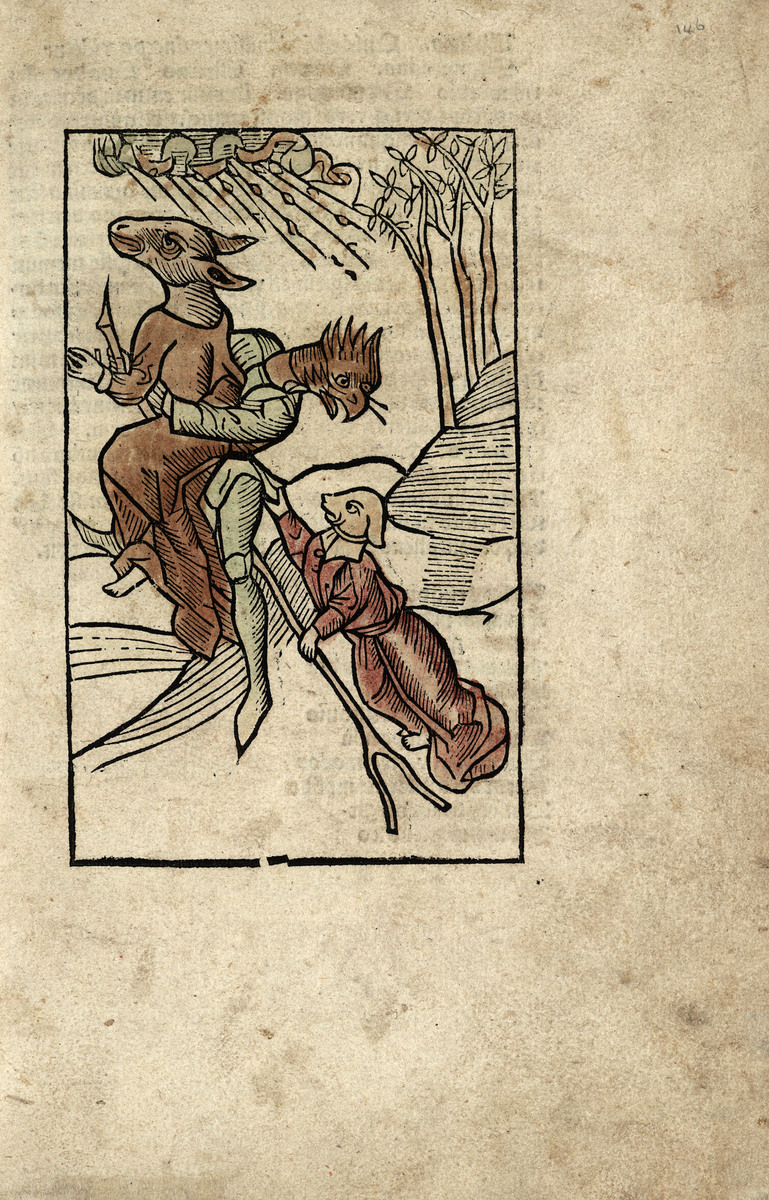 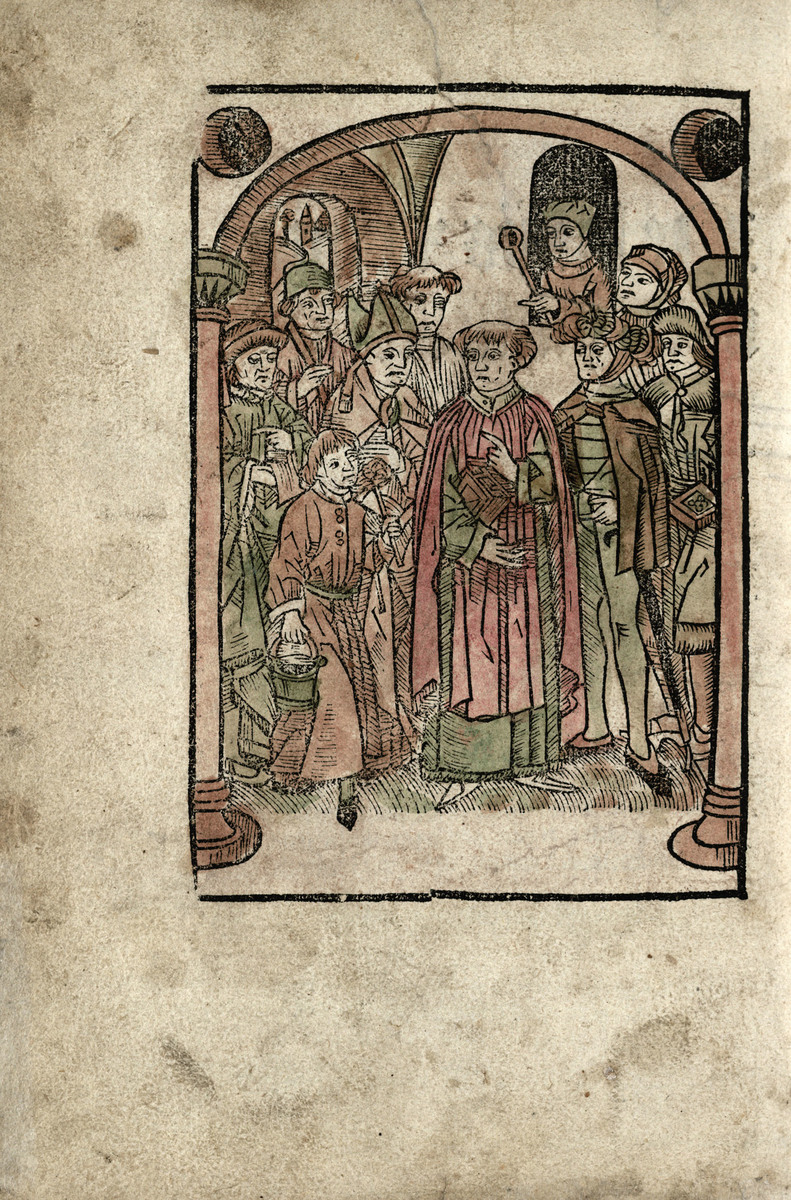 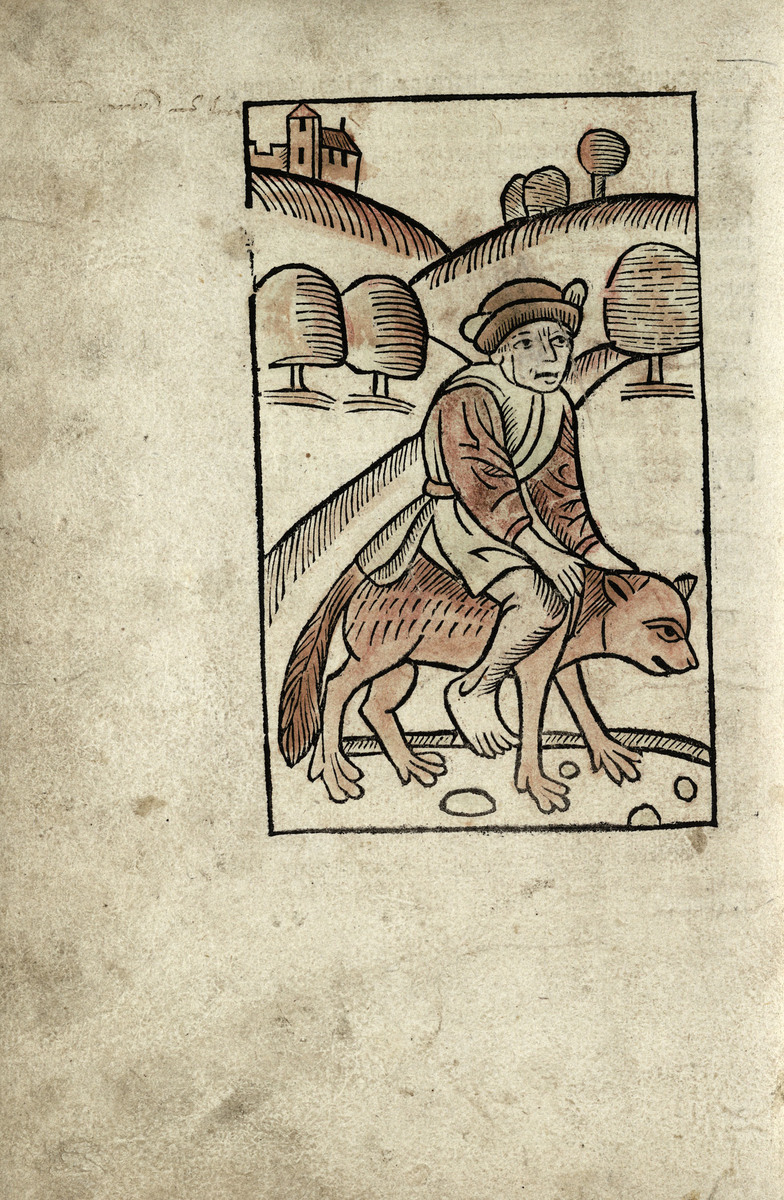 On Witches and Female Soothsayers,

This manuscript written by German scholar Ulricus Molitoris is one of the earliest illustrated treatises on witchcraft. Published two years after Malleus Maleficarum (the first and main text on witchcraft for the next several centuries), this manuscript was meant to be inexpensive and therefore accessible to the general public, who could neither afford nor read Malleus Maleficarum.

Click on the image to scroll through other images from the publication. 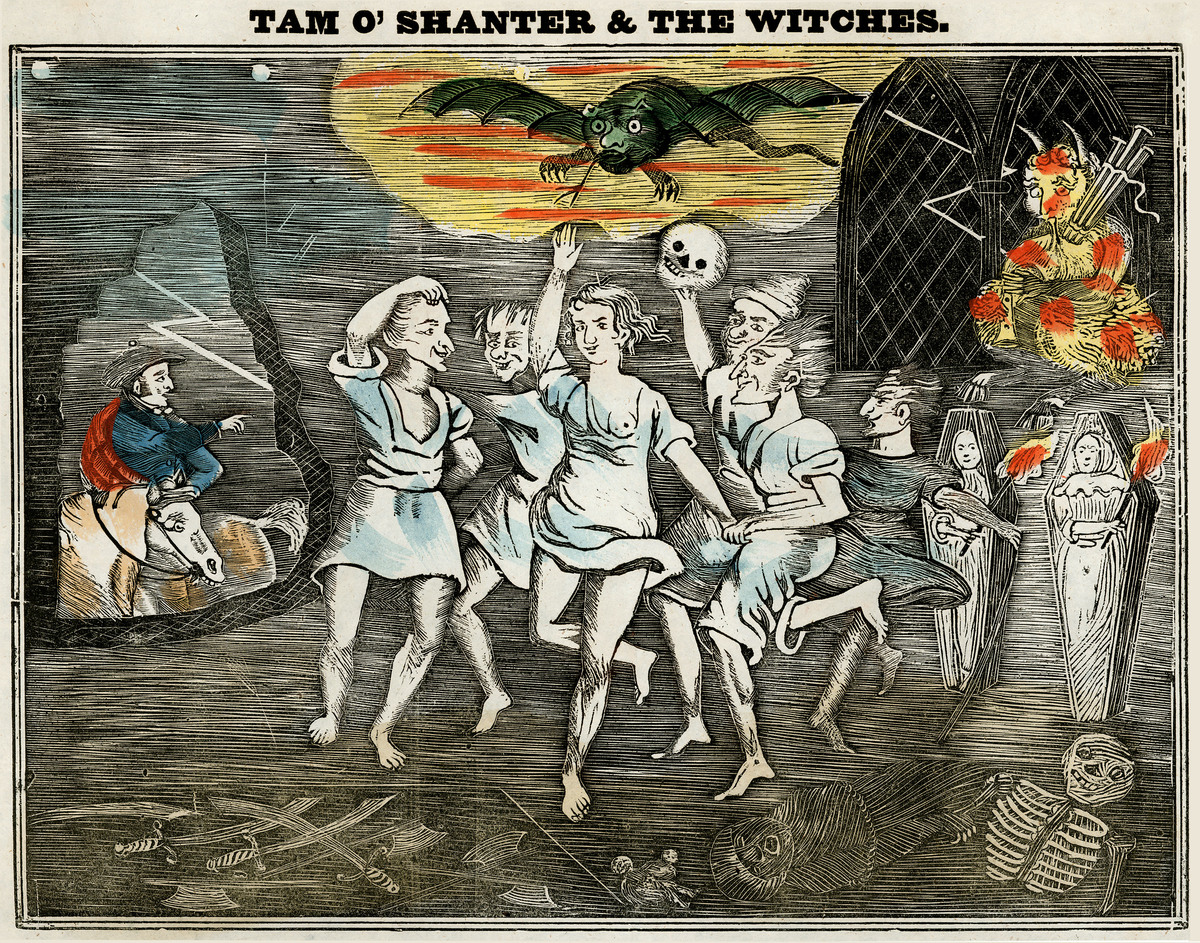 This Glaswegian woodcut block print depicts a scene from the famous narrative poem, Tam o' Shanter, written by Robert Burns in 1791. In the poem, drunken farmer Tam, happens upon a meeting of witches and the Devil in the local haunted church and the ensuing chaos:

And, wow! Tam saw an unco sight!
Warlocks and witches in a dance;
Nae cotillion brent-new frae France,
But hornpipes, jigs, strathspets, and reels
Put life and mettle in their heels.
A winnock bunker in the east,
There sat Auld Nick in shape o' beast:
A towzie tyke, black, grim and large,
To gie them music was his charge;
He screw'd the pipes and gart them skirl,
Till roof and rafters a' did dirl. 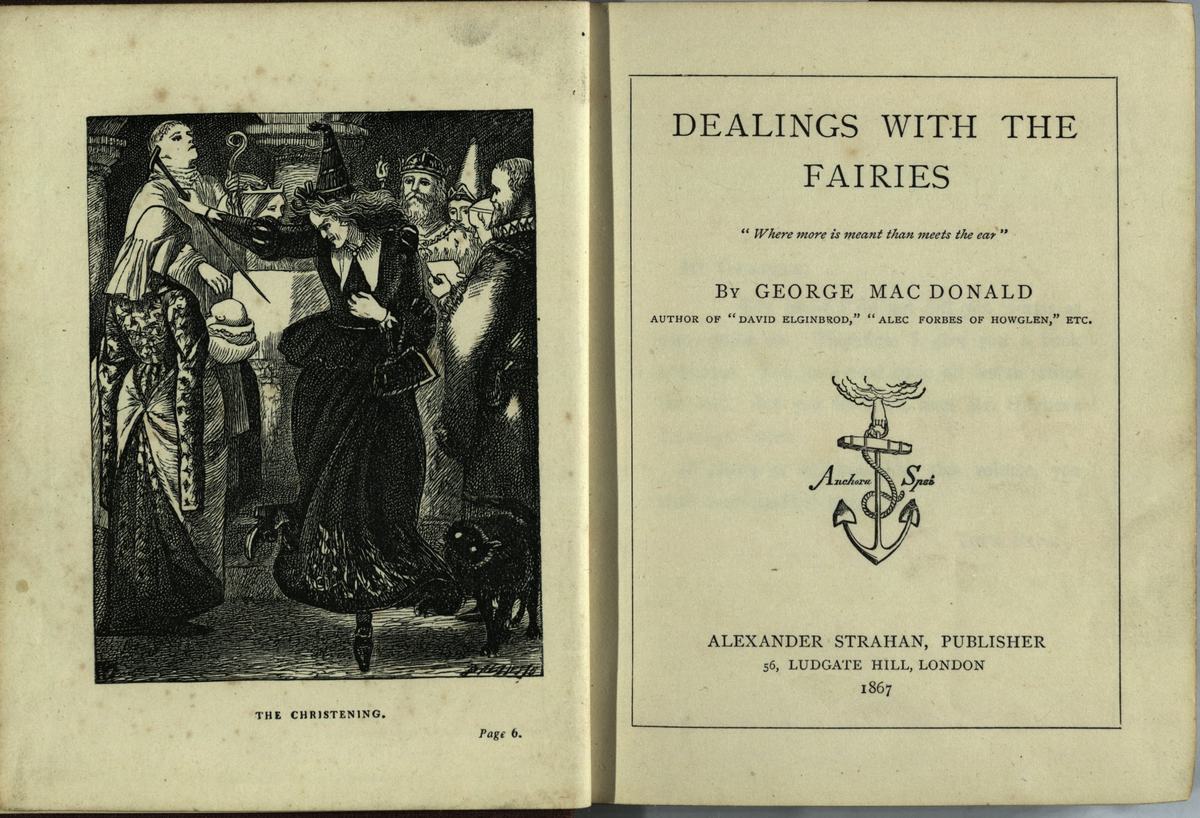 Dealing with the Fairies,

This book of fairy tales was written by famous Scottish author, George Macdonald. The illustration depicts a witch cursing the infant princess from his story The Light Princess. People believed that the old, haggard witch would corrupt the purity of the young, a fear exploited in this story. 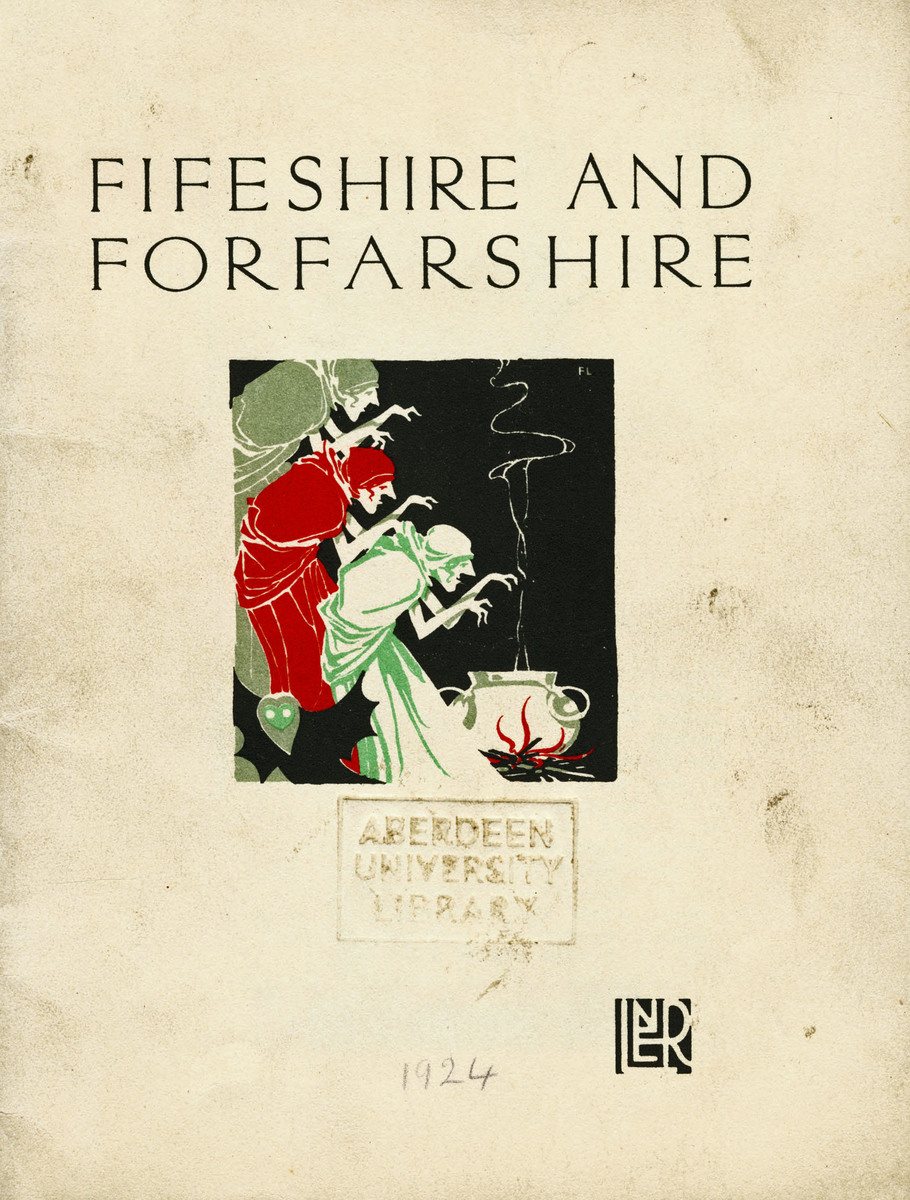 This map depicts the Weird Sisters, the three notorious witches from Shakespeare's Macbeth. The play was first performed in the early 1600s, right at the time of the witch panics and playing into the associated stereotypes. Macbeth's demise is due to the influence of the sisters, relating to the idea of the moral corruption of women as witches.

This selection of modern images shows just how deeply magic and witchcraft have become embedded in the art and entertainment of modern society. Contemporary Western views of the witch have changed from the fears of devil worship and moral corruption of early modern Europe to themes of empowerment, fantasy, and fun.

Click on an image view full size to scroll through others. 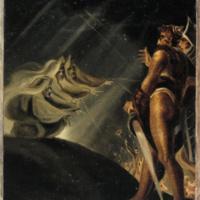 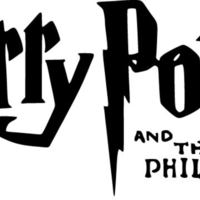 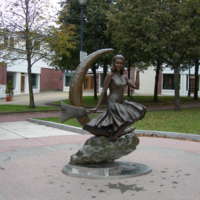 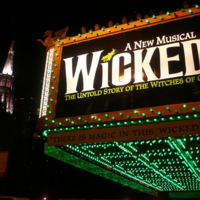 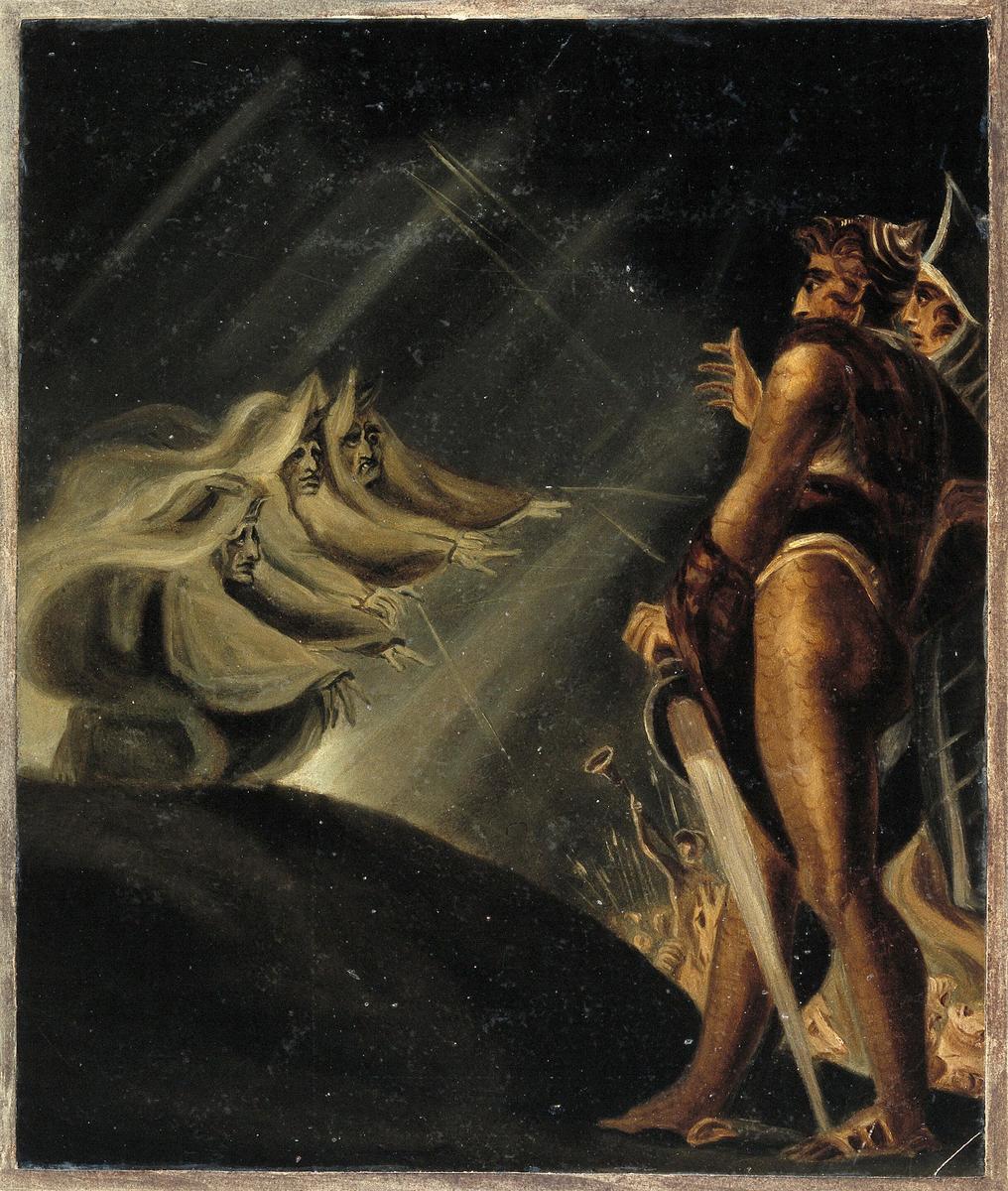 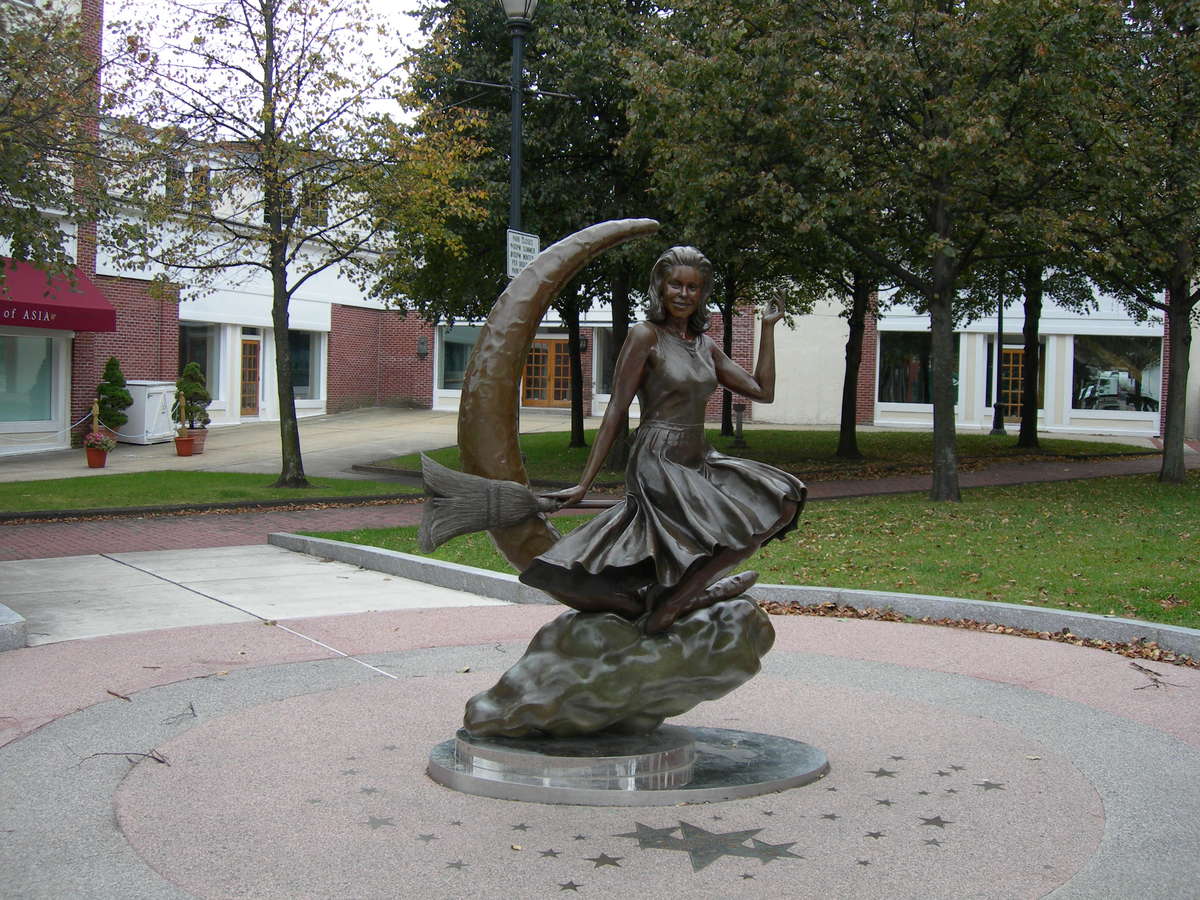 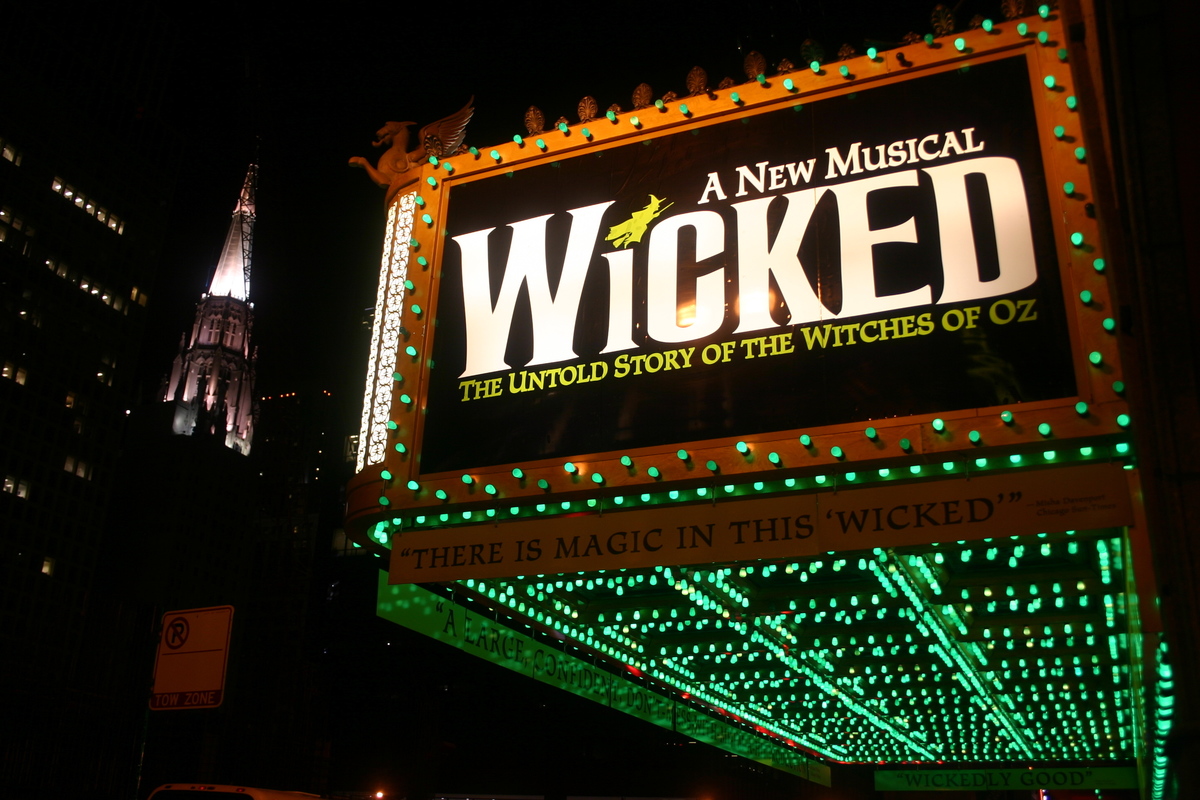