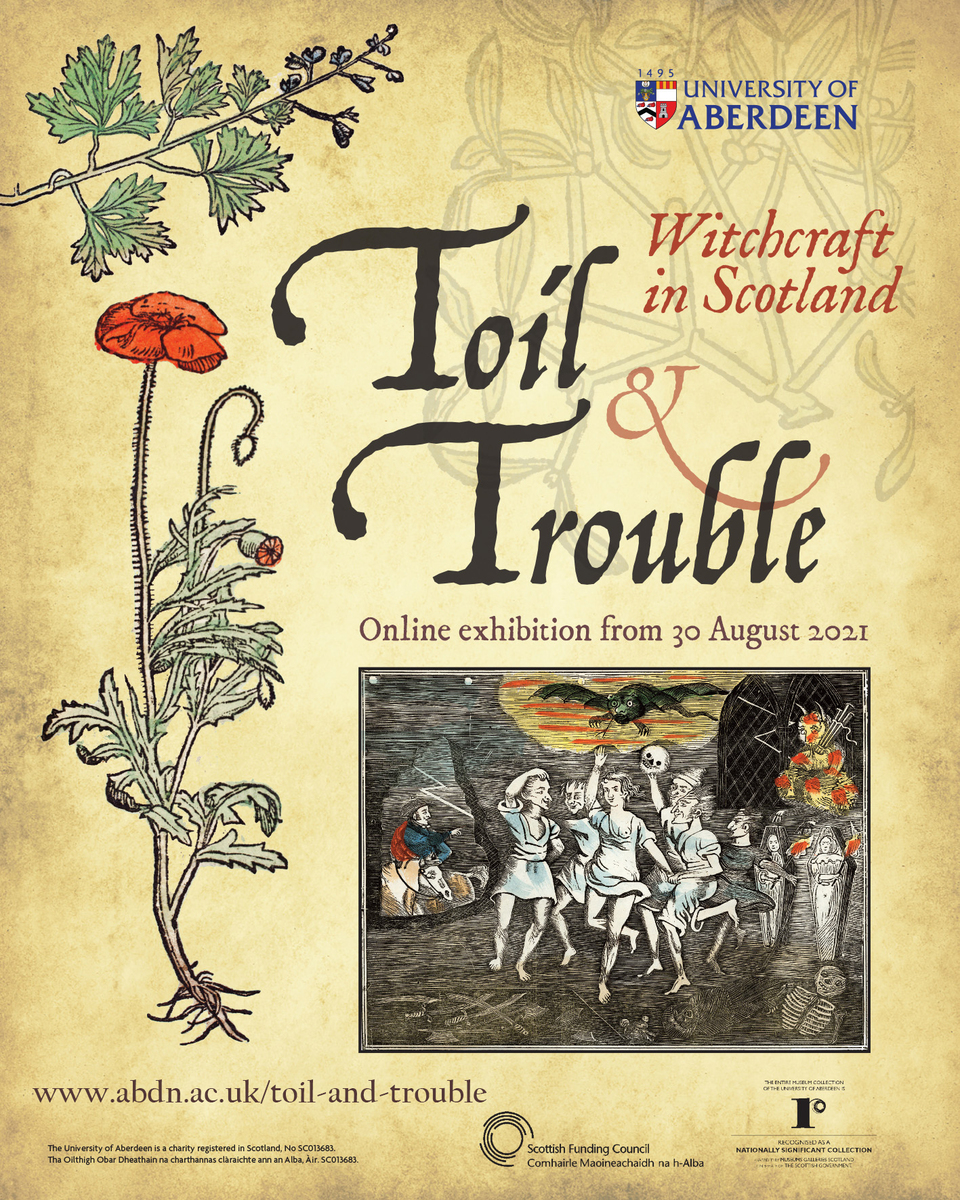 What do you know about witches? Do you picture a pointy hat and a black cat - or something more sinister? The belief that certain people could use magic to help and harm has been widespread throughout history. In 16th to 18th century Scotland, thousands of people were tried for witchcraft, and many were executed. What about this time and place made it so dangerous to be accused of being a witch?

Why were some healing treatments seen as cures and others considered to be stemming from Satan's influence? Who decided what was medicine or magic?

Most of the accused witches in Scotland were women, who were persecuted based on no more than observation or rumour. This gendered violence and oppression was justified by the 'inferiority' of women.

Witchcraft was seen as treason not only against the king, but crucially against God. The relationship with religion in the face of the witch panics provided a moral foundation for what the church called justice, but what we today would call murder.

Witch hunts occurred during times of political and societal turmoil. Looking back, these panics were a desperate attempt to make sense of a rapidly changing world.

The myth of the witch is enduring - their representation from early modern times to now, in manuscript, language, and art is constantly evolving.

In this online exhibition, explore the myths and misinformation that fuelled the era of witchcraft in Scotland for over 200 years. Discover the objects thought to bring luck, the 17th century handbook to hunt for a witch, and the devices used to extract confessions from the accused. Venture into reality and take a walking tour around Aberdeen with our downloadable PDF map to see for yourself where witches lived and died.