It is no surprise that people in early modern Scotland had particular societal and religious assumptions about women. Passages from the Bible, as well as ancient philosophical and medical ideas, argued that women were deemed ‘defective’ and ultimately much weaker in every sense of the word compared with men. For women to do anything outside what was considered normal could lead to great upheaval in society.

The fear surrounding women and their ‘immoral’ behaviour, encouraged by the church and by male elites, made it easy for women to be suspected of evil and dangerous practices. The expectations for how a woman should behave and represent themselves in society were strict. As such, many accusations were based on stereotypical ideas of witches as old, ugly women - outcasts from society. Although some men were tried as witches, it was women that were most often accused due to the ideals of how women should behave according to the elite and the church. 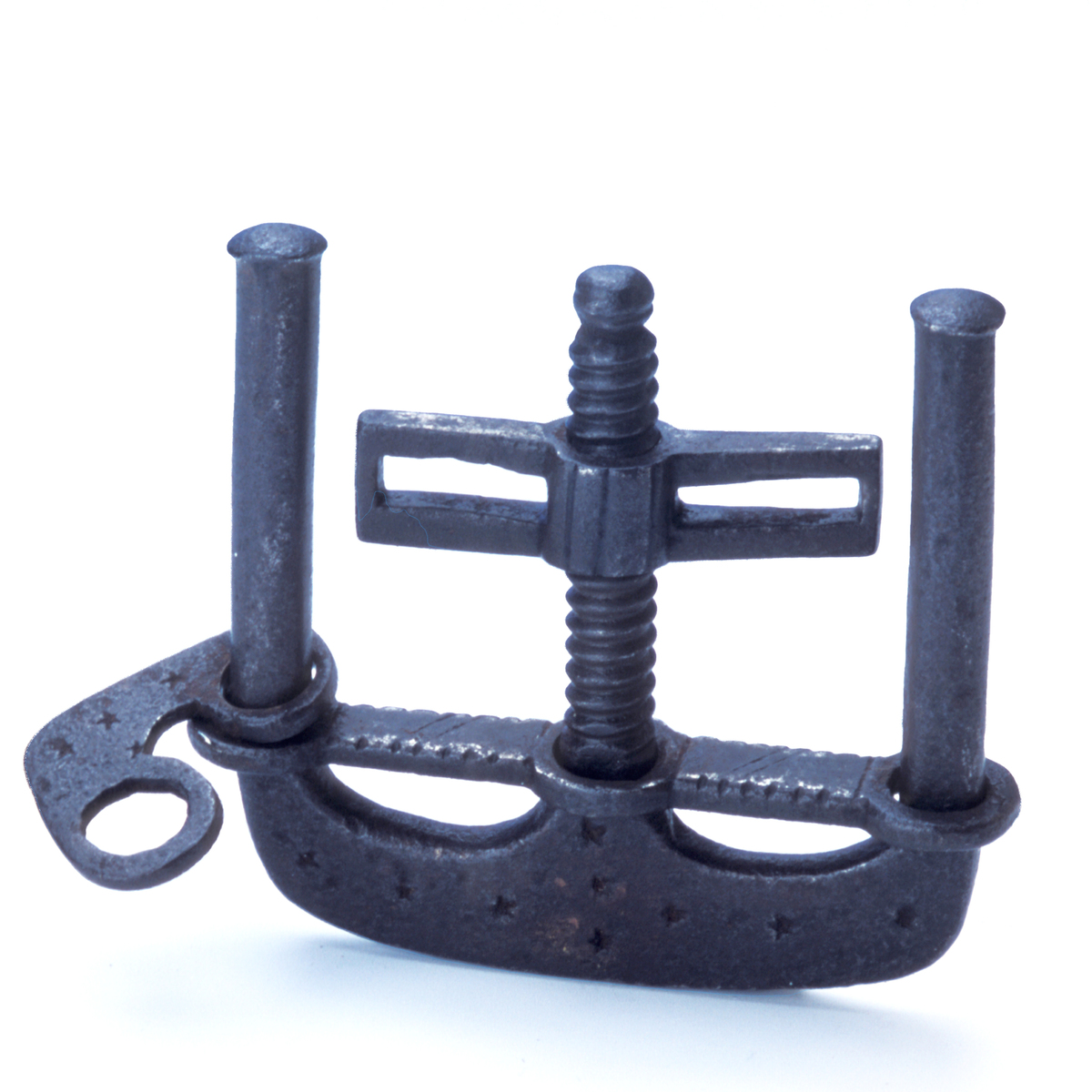 Commonly used in the interrogation of witches, thumbscrews inflicted agonising pain to gain confessions and valuable information. This device, from Aberdeenshire, works by inserting the prisoner’s fingers and toes in between the iron bars. With each unsatisfactory answer, the screw would be tightened, gradually crushing the suspect's bones. 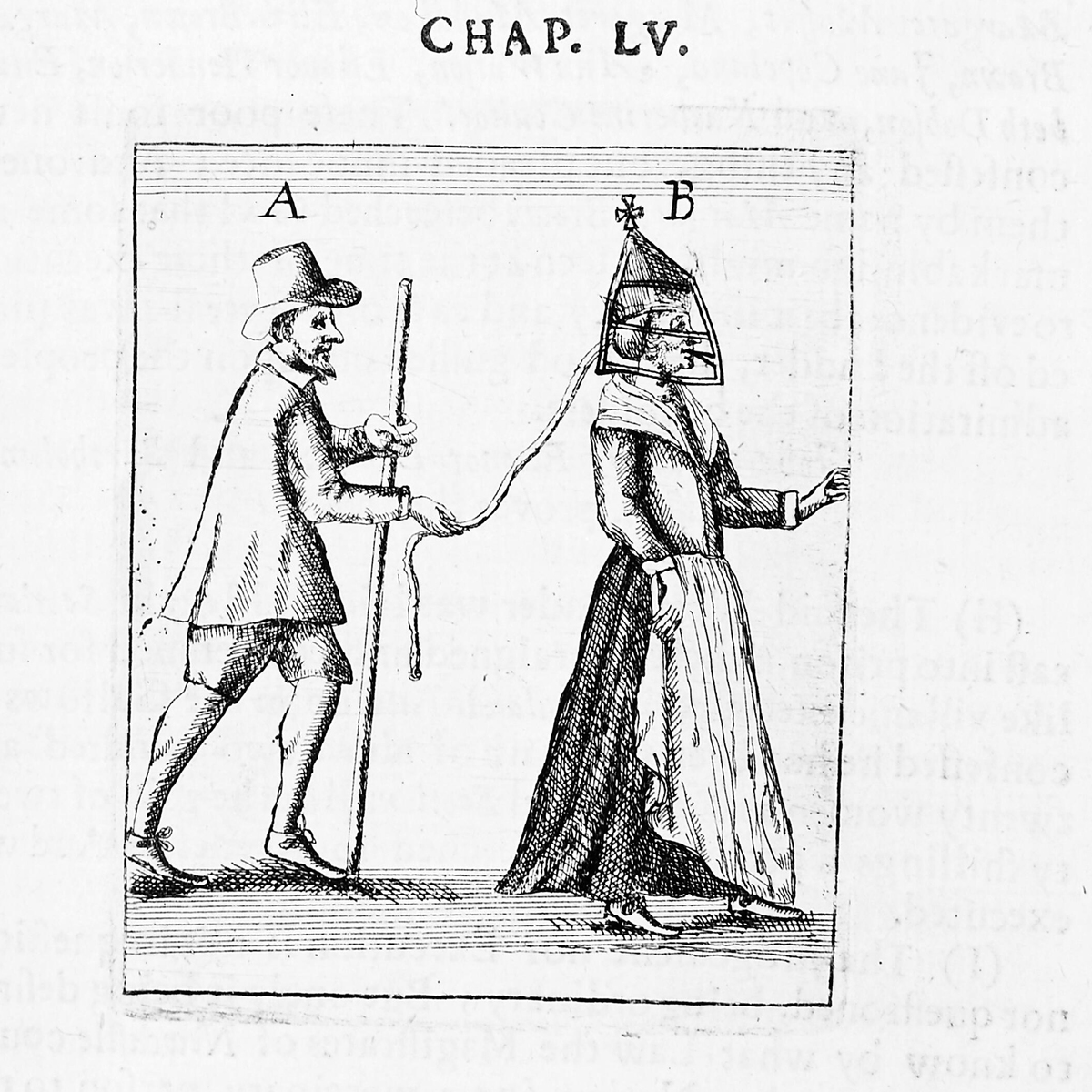 These branks were used in the Parish of Dunottar as a punishment to silence and humiliate people, usually women. The protruding iron plate was inserted into a woman's mouth over the tongue and locked behind her head. When the victim tried to speak this plate would serve two functions: to cut the tongue and stop her spreading trouble.

"Engine called the Branks, which is like a Crown, it being of Iron, which was musled over the head and face, with a great gap or tongue of Iron forced into her mouth, which forced the blood out" 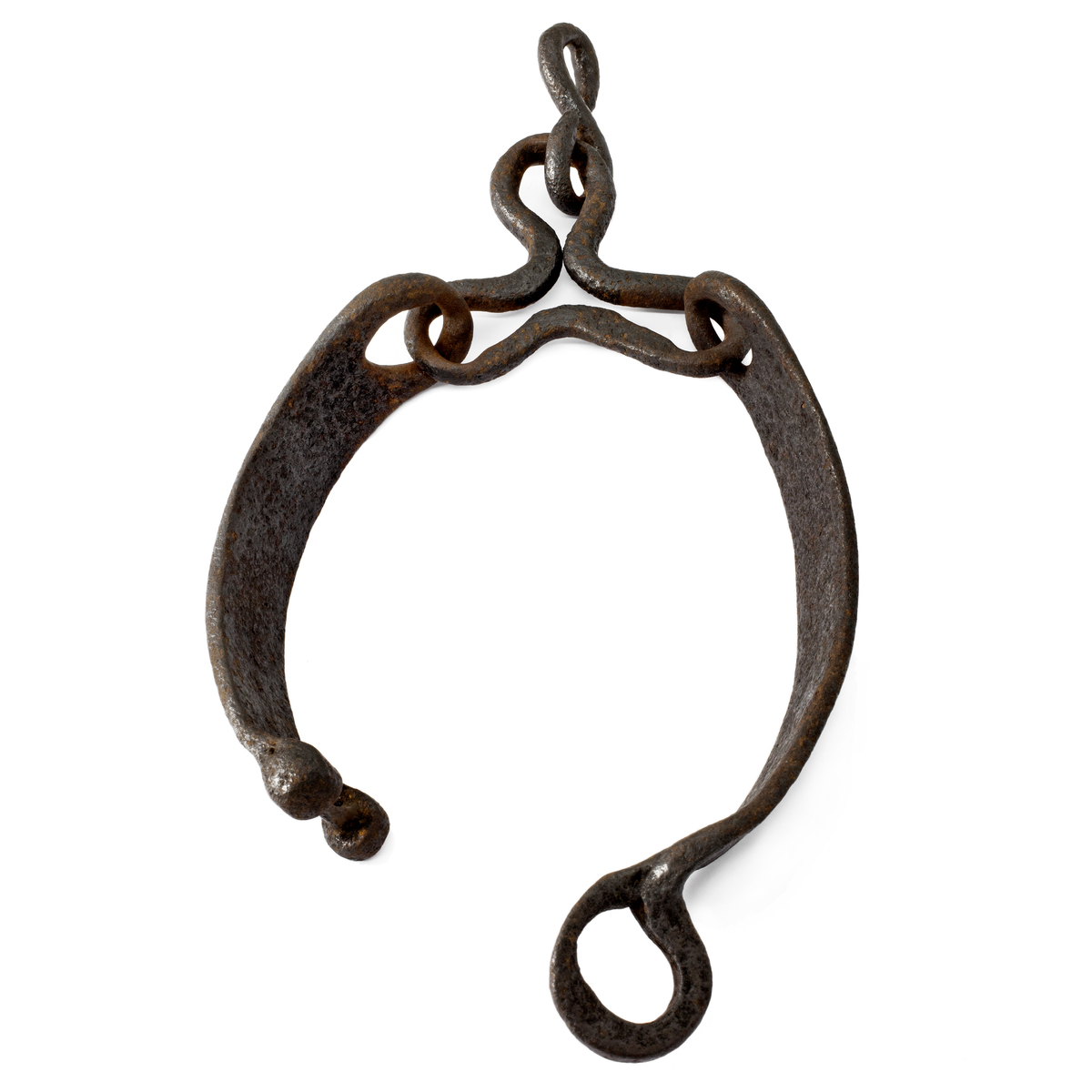 Jougs were an iron collar, secured around the neck and fastened to the wall of a church on the 'witches ring' via a short chain. A surviving example of a 'witches ring' is at the St Nicholas Church in Aberdeen. Jougs acted as a punishment for someone who had sinned against the church and state, and also reminded the rest of the community to stay on the right side of the law.

← Medicine or Magic
Relationship with Religion →
Gendered Violence and Oppression