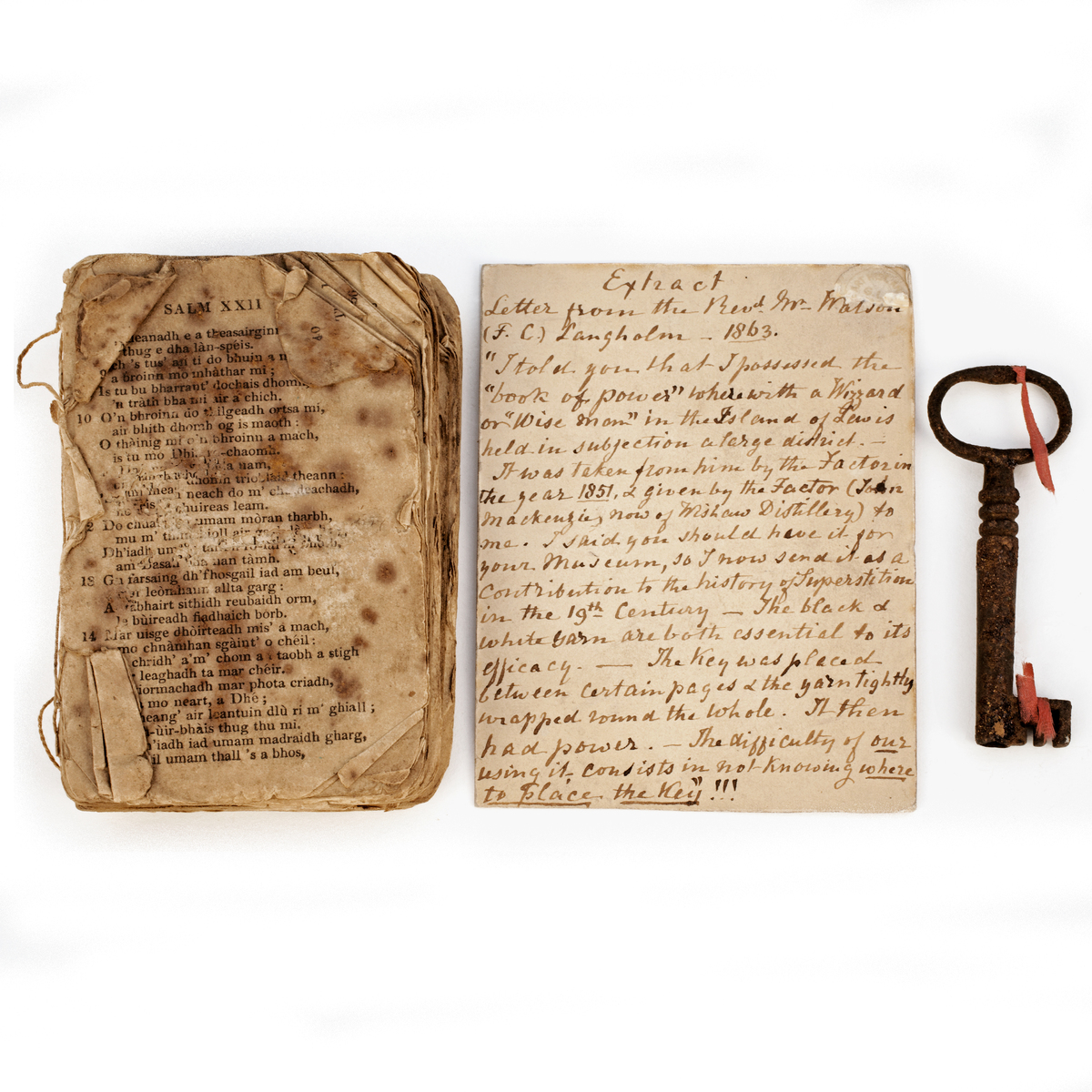 This book shows how non-Christian beliefs and practices were intricately tied to religious beliefs. It was originally owned by an alleged wizard from the Isle of Lewis, Scotland. He was said to be the only man who knew how to place the key into the book and unlock the mystical power within. The book was confiscated from him by his landlord and donated to the University of Aberdeen.

Witchcraft trials reached their peak in Scotland at a time of great religious and social upheaval, with people questioning what was ordained by God. By accusing and persecuting women as witches, the church was ultimately promoting itself in the process. The church used the structure of its teachings and the beliefs of its followers to construct a system that went against women and those accused of witchcraft. The actions of those accused were deemed as ungodly, demonic, and evil. Therefore, their perceived immorality led to much tension within the Church. This period saw the implementation of the Scottish Witchcraft Act of 1563, the first Scottish law that considered witchcraft a crime, rather than just a mortal sin.

This oak panel is from St. Nicholas' Church, Aberdeen and depicts a demonic face with horns and sharp teeth intertwined with stylised vines and flowers. Belief in the divine power of God was deeply intertwined with that of the Devil and a part of everyday life. The purpose of this carving was possibly to ward off evil or remind churchgoers of its ever-present threat. 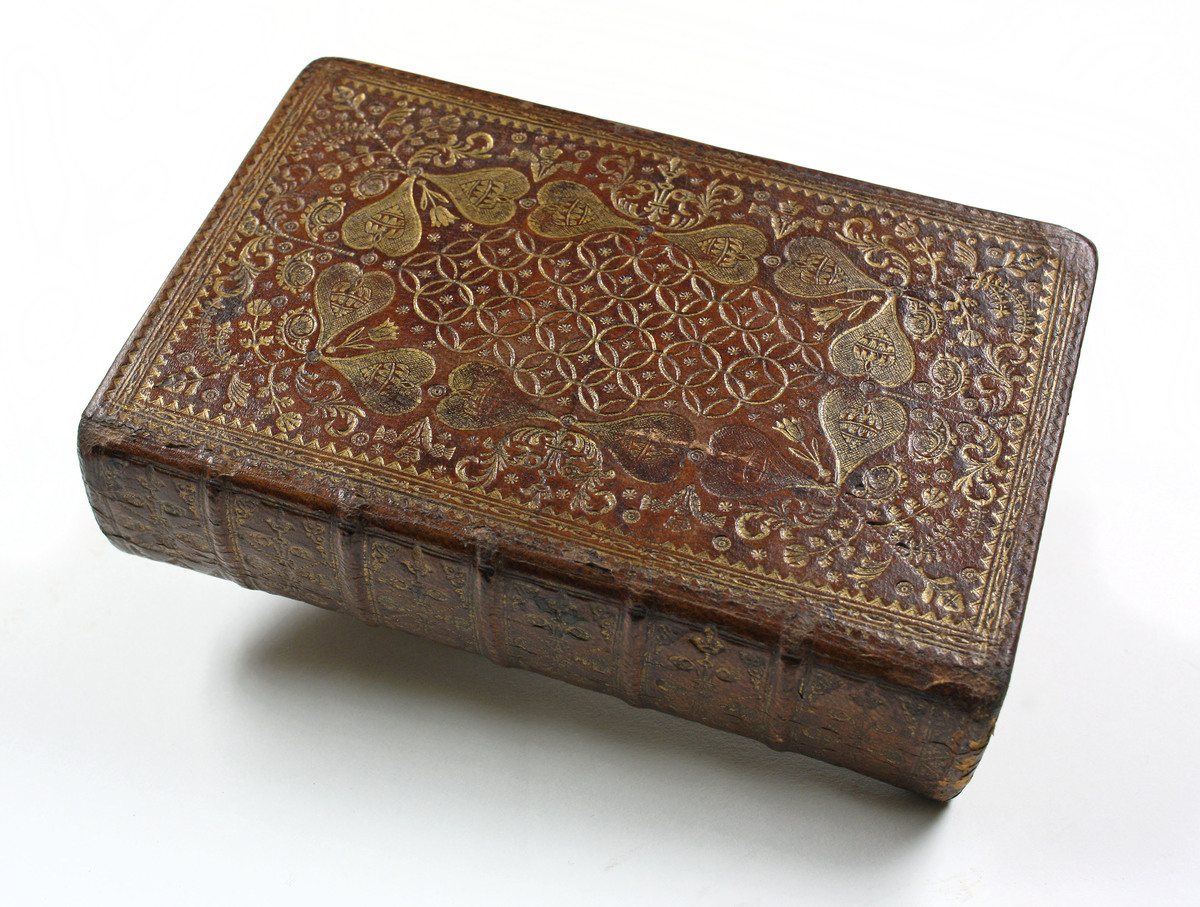 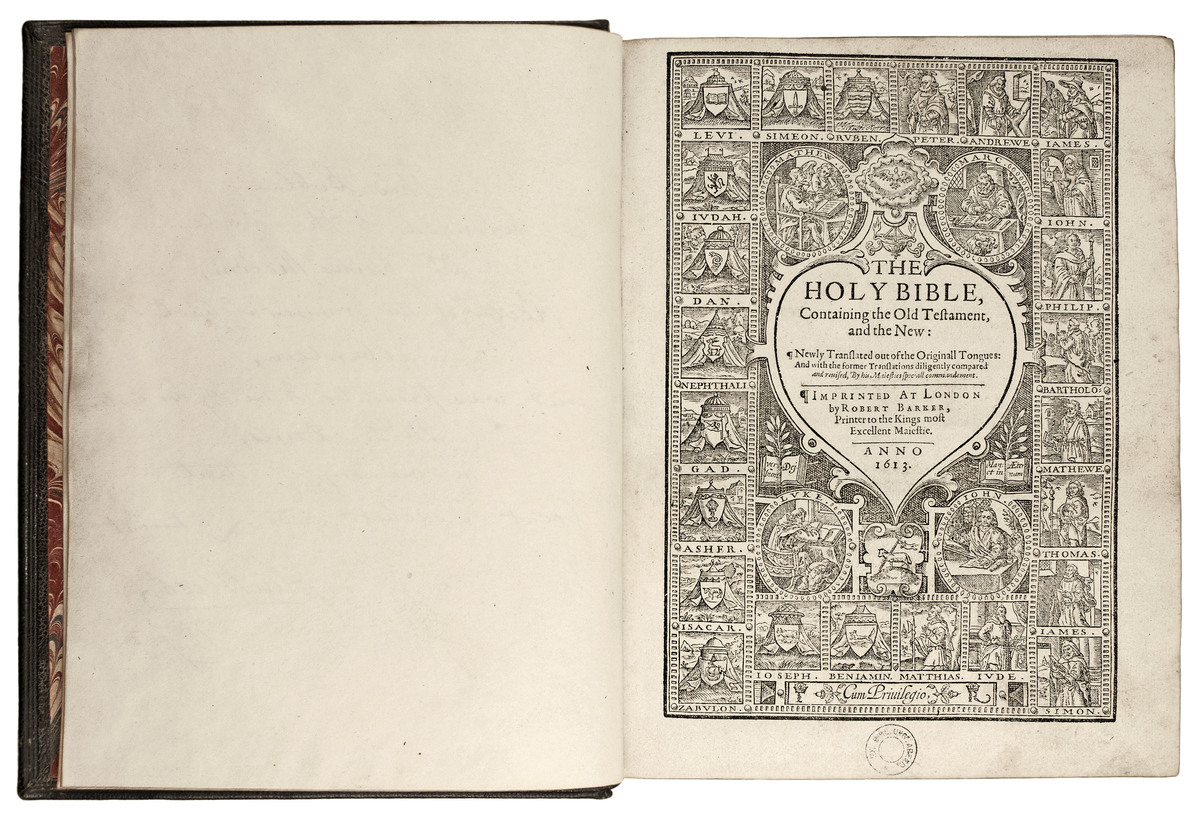 This King James Bible was commissioned by direct order of the Protestant king. It was translated into English from Greek, Hebrew, Latin, and Aramaic with the ultimate aim being to make the scriptures more popular and accessible, thereby reinforcing the rule of church. In this time of religious tension, witches were an easy scapegoat for the good Christian King James to blame. 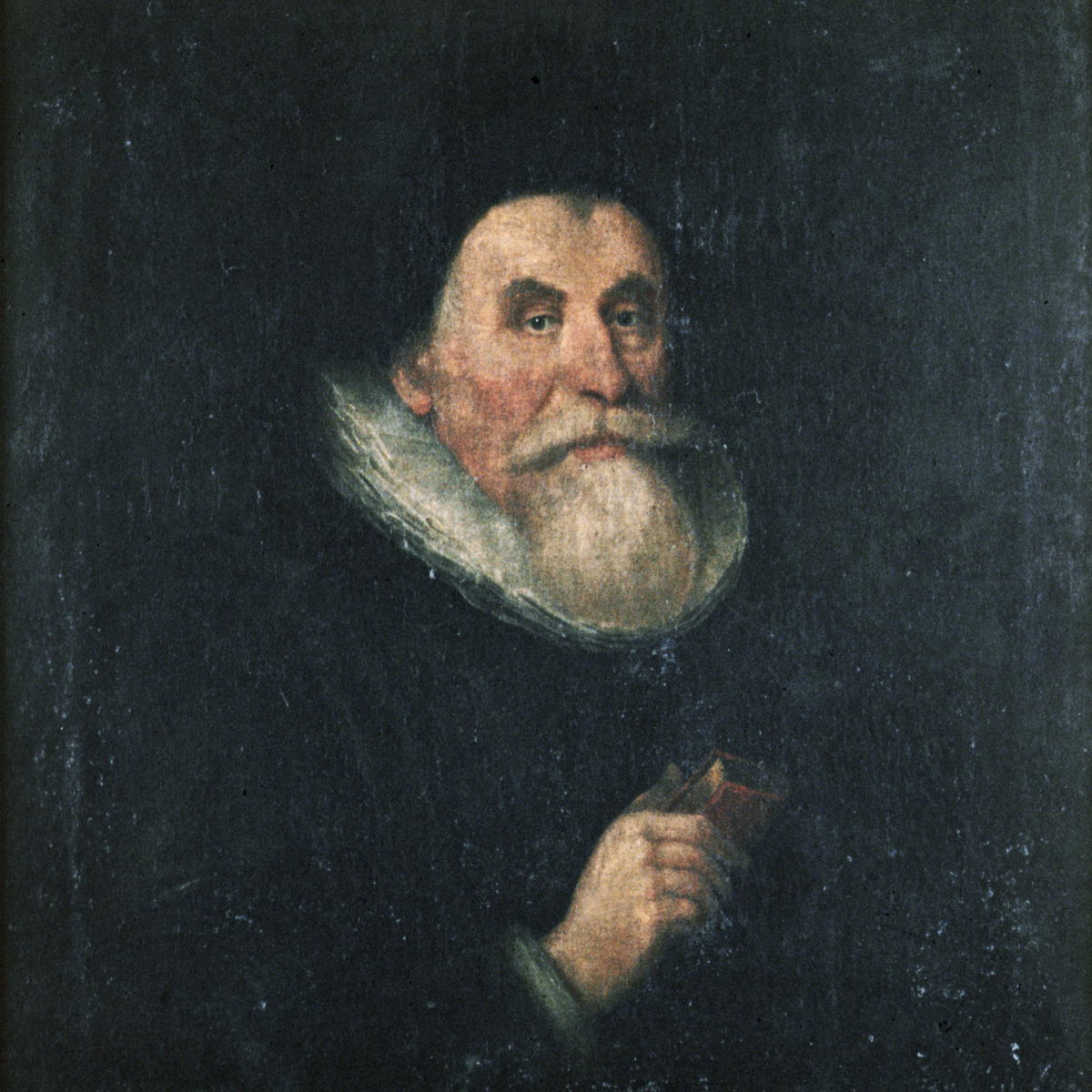 This portrait of the early 17th century minister of the St. Nicholas Church was painted by local Aberdonian artist George Jameson. Blackburn would go on to become Bishop of Aberdeen and was involved in four witch trials between the late 1500s and early 1600s. The accused people were Barbara Keand, Helene Makkie, Andro Man and Margaret Reoch.