This case shows some objects which have come to the University collections directly from the painter and art-dealer James Irvine of Drum, as well as other objects which evoke the world of the Roman connoisseur and the 'grand tourist'.

James Irvine's family home, Drum Castle on Deeside, contains a number of Cosmo Alexander's portraits of his Jacobite ancestors. The family papers there make clear that connections with the Byres family of Tonley were cordial and long-lasting.

Irvine went to Rome in 1780 to study painting and remained in Italy until 1791, making copies of admired works as well as advancing his own studies before beginning to deal in paintings. He spent six years in London as an art dealer, before returning to Rome in 1797-98, when he attempted to save the collections of fellow-virtuosi from the depredations of the invading French armies. Apart from a bizarre speculative investment in a mechanical orchestra (the panharmonicon) which left him stranded in Cuba in 1819, Irvine spent most of the rest of his life as a successful dealer in Italy.

The exhibits in this case remind us that, as well as paintings and excavated antiquities, the virtuosi also spread knowledge of Roman antiquity by their promotion of engravings and casts. 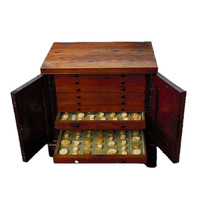 These sulphur casts of Roman gems came to the University from the Irvine family. A similar collection, donated by the antiquarian and painter Colin Morison (1732-1810), formed part of the eighteenth-century museum of antiquities at King's College, Aberdeen. 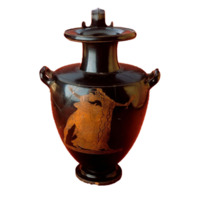 Among the most admired productions of antiquity which were collected by the grand tourists, were the Greek red-figure vases exported throughout the Mediterranean in antiquity. Such vases, portable examples of ancient painting and design, were very much part of the stock of the dealers of eighteenth-century Rome. Most of these examples again came to the University from the Irvines of Drum.

The constant archaeological activity in eighteenth century Rome went hand in hand with a flourishing trade in restoration and sale of antiquities to grand tourists. Partly as a response to this, the Vatican museum of antiquities, the Pio-Clementina was founded in 1771 with the intention of providing a secure place for the display of antiquities excavated in the Papal States. Its collections are recorded in the magnificent engravings in this volume.

The presence of this Egyptian fragment reminds us not only of the eighteenth century fashion for the Egyptian style in the Rome of the virtuosi (the English Coffee House at Rome was decorated in the Egyptian style with murals by Piranesi), but also of the Egyptian obelisks which were amongst the most admired antiquities of Rome. 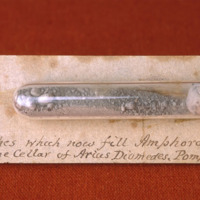 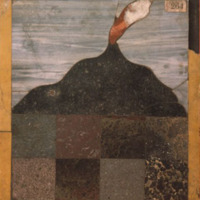 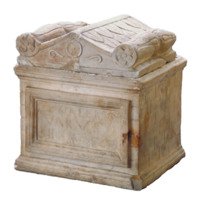 Grand tour purchases from Italy included natural curiosities and contemporary intarsio work as well as antiquities: this group of melancholy objects, many from the Campanian territories of volcanoes and excavations comprises ancient tear-bottles and a cinerary urn as well as a pietra dura picture of Vesuvius and volcanic ashes from its eruption.