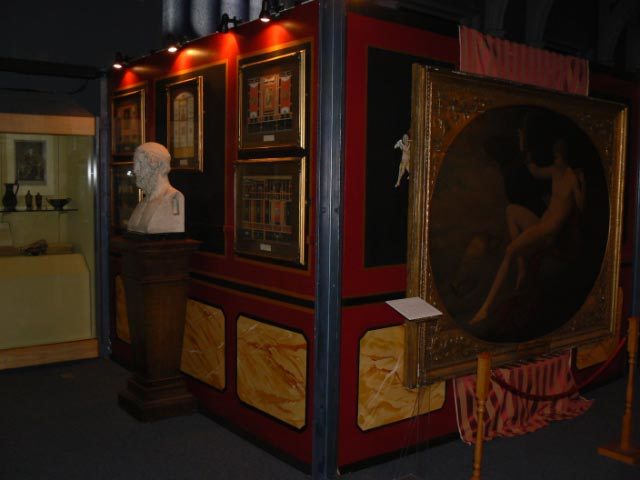 The city of Rome held a crucial but ambiguous place in the cultural life of eighteenth-century Britain. Its importance as an artistic centre was undisputed: throughout the eighteenth century, the 'grand tour', culminating in a study of the ancient and modern monuments of Rome, was the essential conclusion of an elite education. Rome still functioned internationally as the pre-eminent city where painters and architects of all nations perfected their skills.

In the context of British politics, however, Rome as the capital of the Papal States was enemy territory. Ever since the sixteenth century, the governments of England and Scotland had maintained a constitutional hostility towards Catholicism.

After the deposition of the Catholic James VII and II in 1688, Papal Rome continued to celebrate his life and death with lavish public ceremonial, thus challenging the legitimacy of the Protestant regime in Britain. James VIII and III ('the Old Pretender') and his court took up residence in Rome after the failed Jacobite rising of 1715, where he maintained the state of a reigning monarch, thus greatly complicating the social geography of the city for British visitors.

Inevitably, Jacobite and Catholic exiles from Britain became important as intermediaries between British travellers and the Roman authorities. They took on the roles of tourist guides, tutors in architecture and archaeology, architects, decorators, art-dealers and conoisseurs. The eighteenth-century term virtuoso can encompass elements of all these functions.

Eminent amongst these virtuosi were the group of Scots, all with Jacobite connections, two of whom are the main subject of this exhibition: James Byres of Tonley, and James Irvine of Drum. Although they are little remembered today, their ambiguous circle in Rome (ambiguous in terms of nationality, social position and sexuality) was one of the crucial conduits through which the Grand Tour operated and by which works of art produced in Rome by native and visiting artists found their way into British collections.

The inventory of Byres's apartments in the Strada Paolina in Rome suggest a rich environment, with many paintings by Scottish and Italian painters. Something of this ambiance is evoked by the setting of the exhibition. 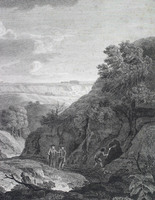 Illustration from James Byres's Hypogaei, or sepulchral caverns of Tarquinia the capital of Etruria, 1842

Byres's great work on the Etruscans was published posthumously, more than half a century after he had made his first studies of Etruscan antiquity. This plate illustrates the operation of eighteenth-century archaeology: the guide with a torch leading the virtuosi into the subterranean tomb-chamber.

Maria Clementina, the wife of James VIII, was an intensely religious woman, considered literally saintly in the years after her death. A series of magnificent festivals, one of which is commemorated here, marked her lying in state, the commemoration of anniversaries of her death and of the eventual translation of her body to St. Peter's.

This French print of Charles Edward in armour forms part of the propaganda campaign on the continent in support of his leadership of the 1745 Rising in the attempt to re-take Britain for his father and for the Stuart dynasty.