Sled dogs, farming oxen, racehorses, bees, and sheepdogs are just some of the many examples of domesticated animals which have benefitted humans.

Animals being tamed by humans can be traced back to more than 10,000 years ago. Crop cultivation and animal domestication together catapulted society into a new age - the Neolithic Revolution. Working animals enabled societies to grow and prosper, aiding migration, trade, warfare, farming, and building. Without labouring animals, society would not have developed as it has today.

Consider some ways we think about human and animal relationships; some working animals such as herding dogs, can also be viewed as companions. Other animals, such as farming oxen, are generally not viewed as companions. What differentiates these scenarios? Animal labour can also often be claimed as a trophy of humanity; however, the labour belongs to the animals completing the task. Why do tasks completed by animals immediately become recognised as a feat of human ingenuity? 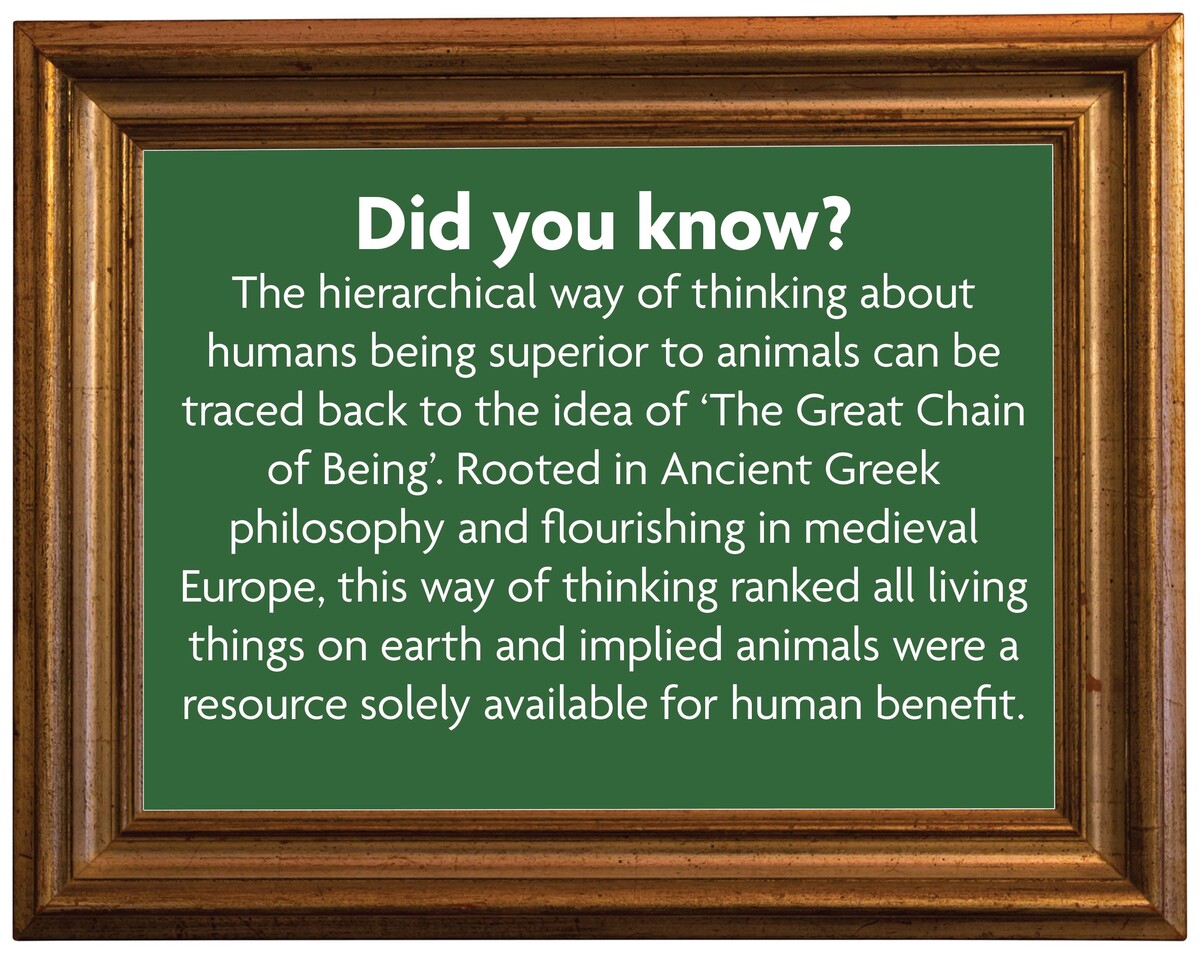 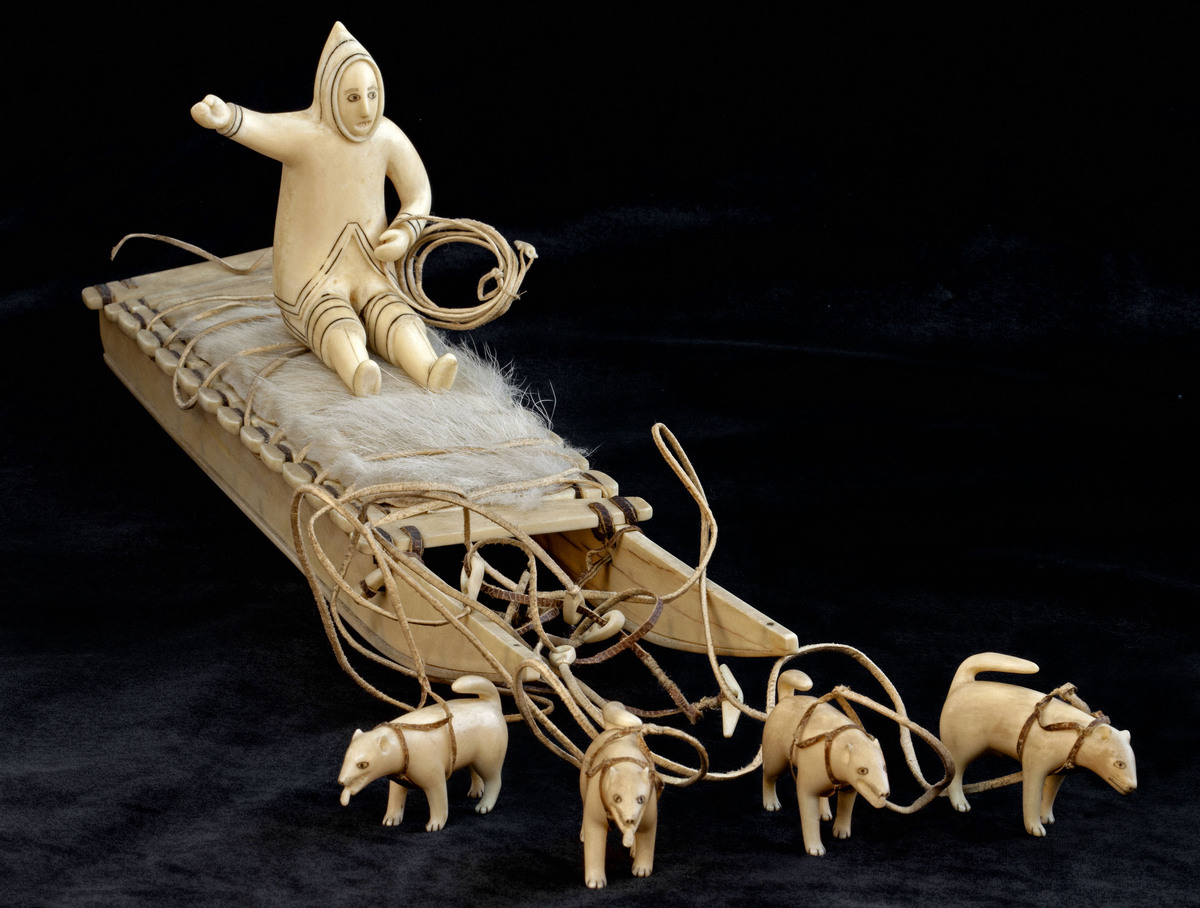 This ivory carving is of an Inuit hunter being pulled on a sled by huskies. The qamutiik (sled) with a qipiik (caribou blanket) on top would have been able to pull heavy loads. The hunter is also carrying a harpoon head and line. For people who live in the arctic, sled dogs are a main source of transportation and play a vital role in their survival. 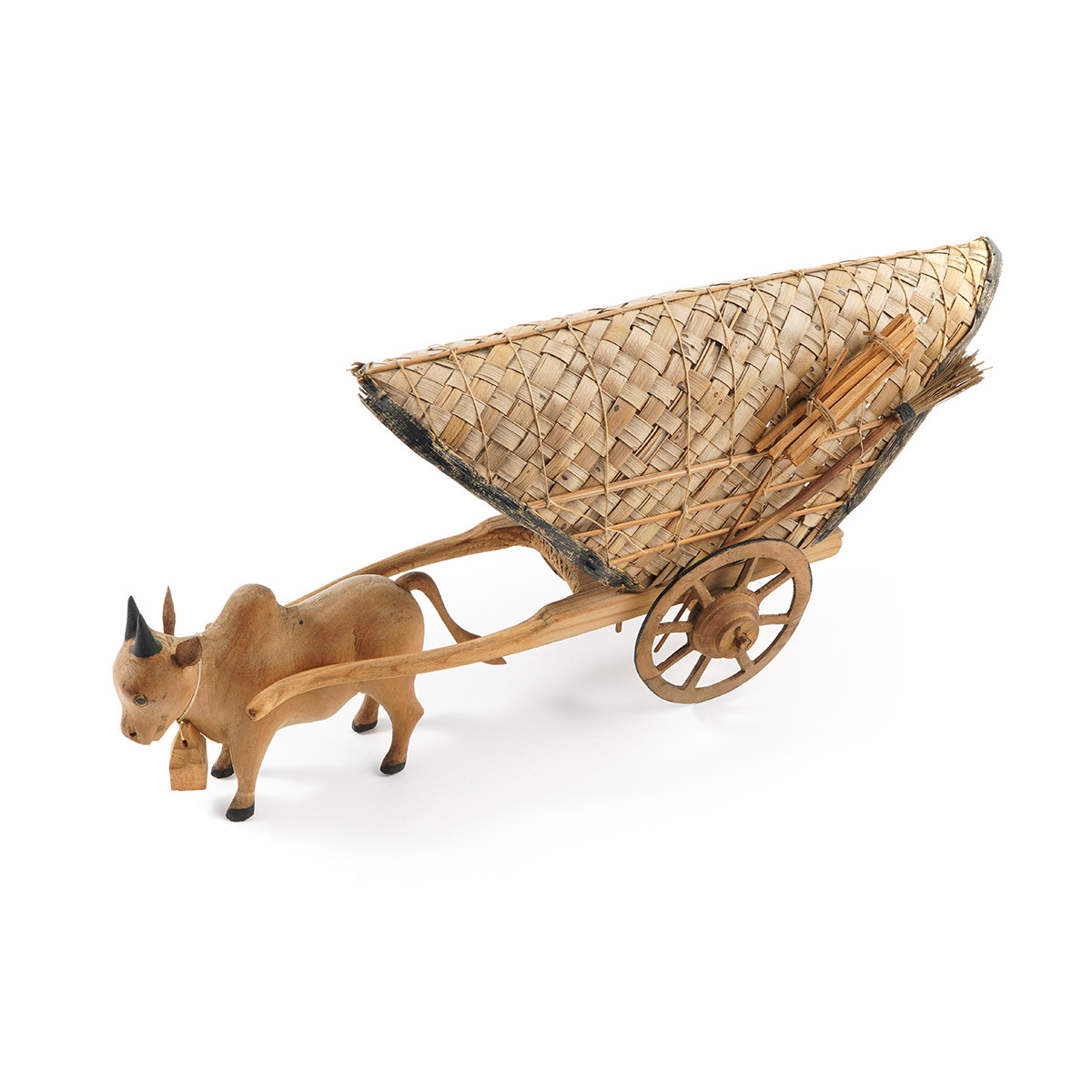 The Ox has long been known as a “beast of burden” and has been used in many different countries to pull equipment such as plows and wagons. Carved by Buddhist priests, this ox and cart model depicts practices used in Thailand's rice farming industry. Oxen were often used instead of horses as they were stronger, had more endurance, were cheaper to keep, and less likely to succumb to disease. 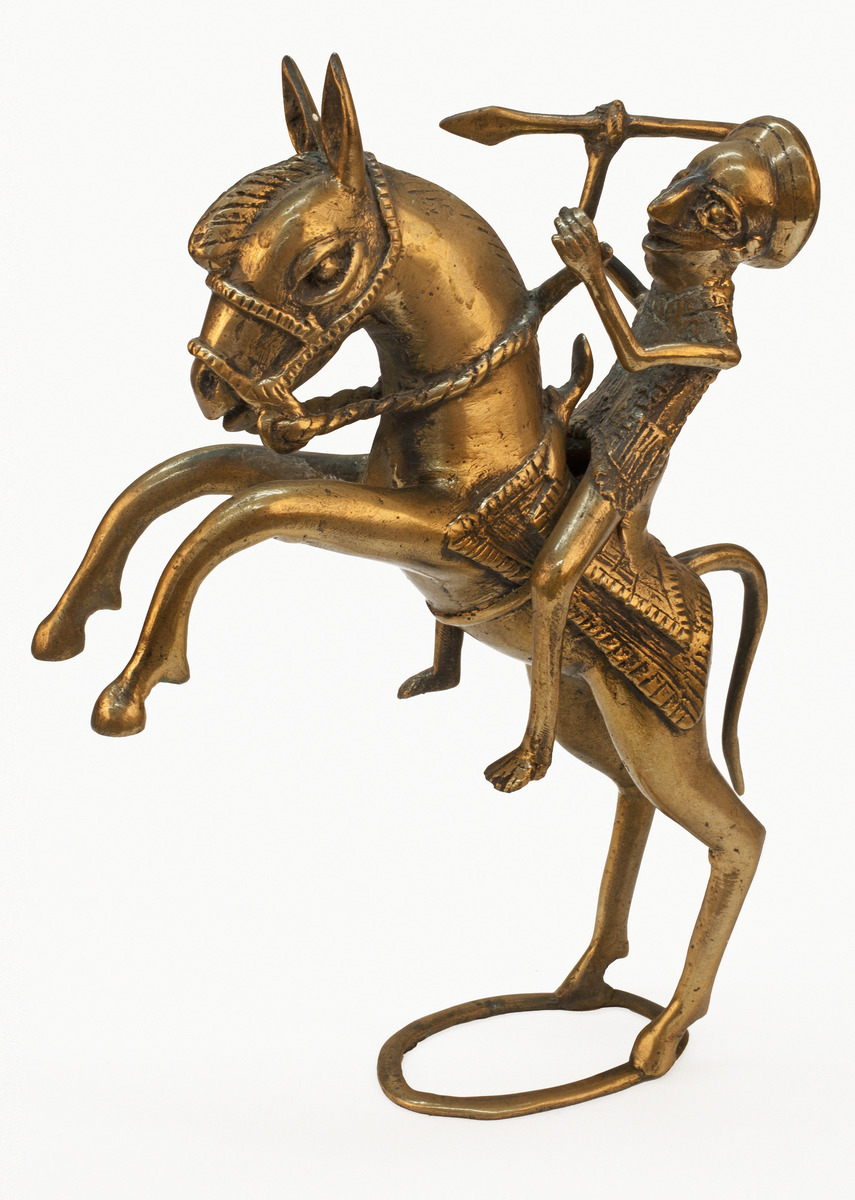 The domestication of the horse around 3500 BC in Central Asia was one of the single most important events in human history as they were used in war, hunting and transport. This figurine from Nigeria likely depicts a hunter or warrior of high status. Only recently have humans exchanged horses for machines to fulfill these important tasks, making it easy to forget how indebted we are to them. 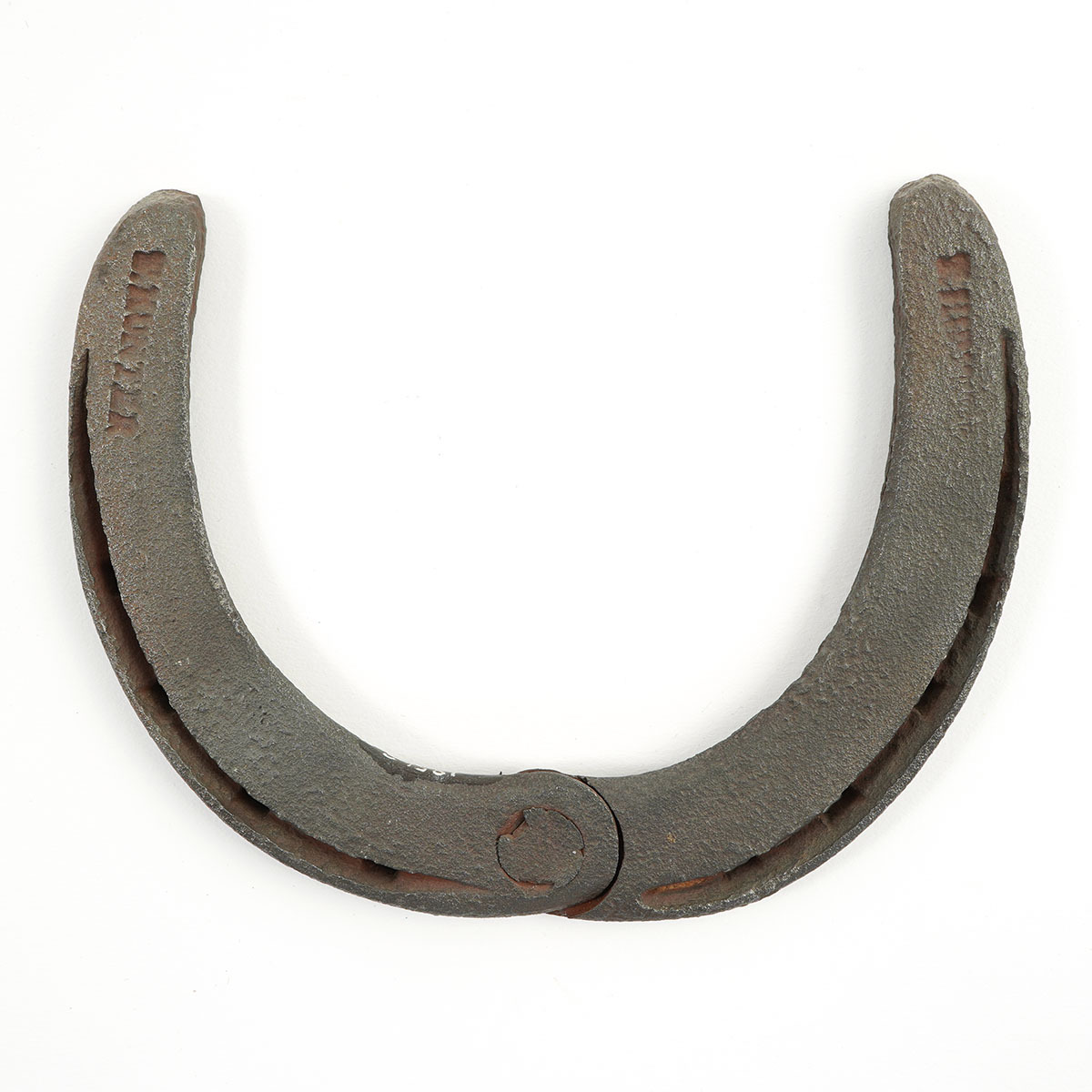 This adjustable horseshoe can help a horse with damaged heels avoid pain as they stand and walk. Specialised horseshoes like this are technologies we have laboured to develop for our working animals. Keeping working horses healthy increases their productivity, but also demonstrates our desire to protect and care for the animals we use. 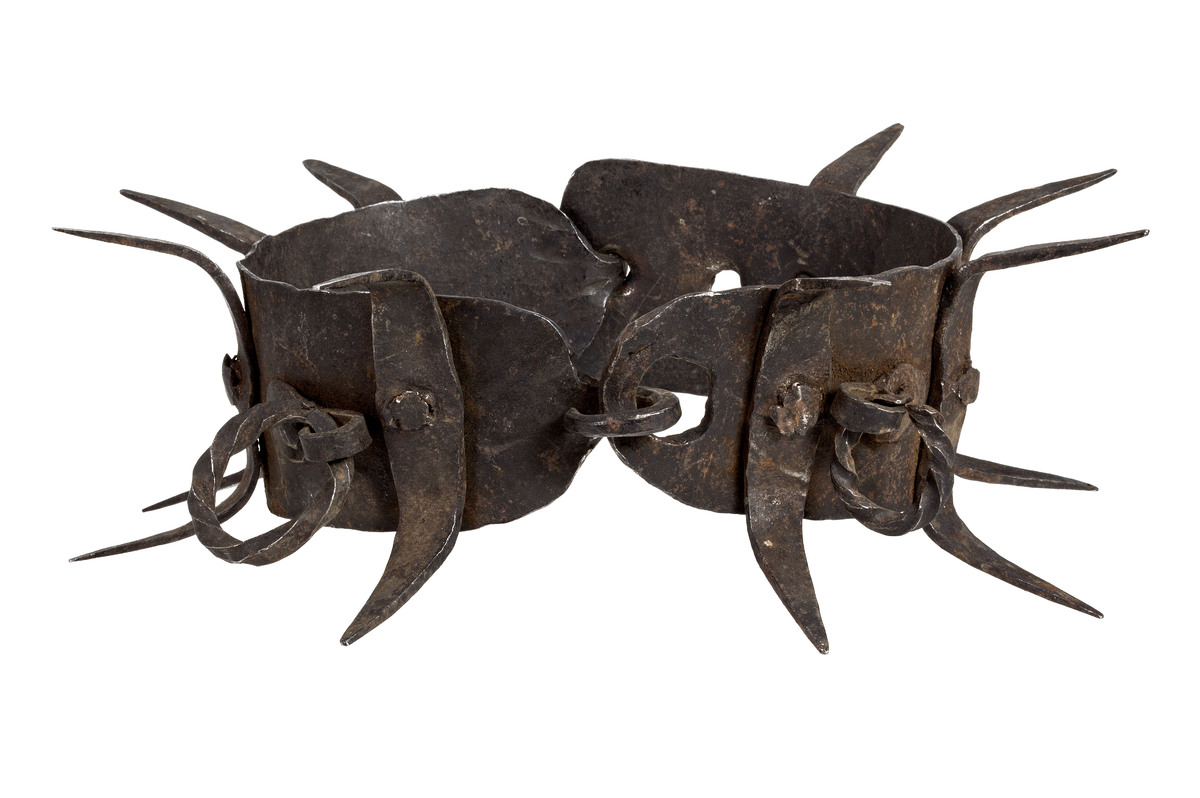 “Wolf Collars” such as this one from 19th century Albania, were worn by livestock guard dogs to protect them from wolf attacks. Collars like this one date back to Ancient Greece and are representative of the risky situations working animals can be put in for our benefit, even when we often see them as companions.

You can see the Dog Collar on display at Provost Skene’s House. 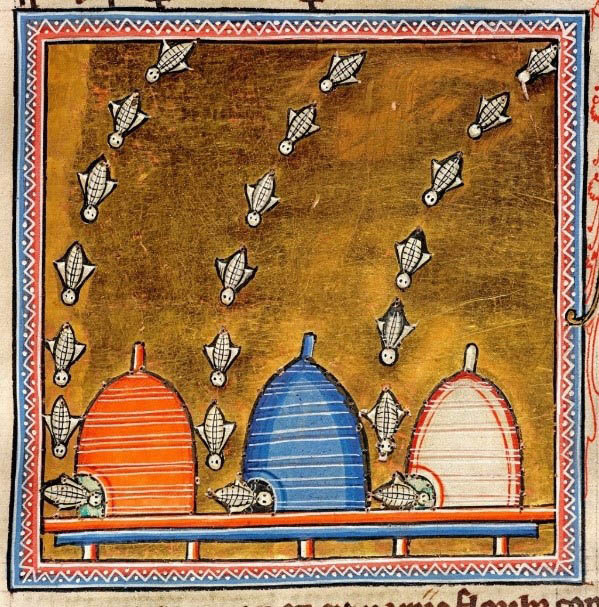 Medieval bestiaries detailed what was known about the natural world at the time, through a moral and spiritual lens. The illustrations of bees in the Aberdeen Bestiary emphasise how humans value bees for what they can provide for us. Not only in terms of honey, but life lessons too: we are encouraged to take particular inspiration from their impressive work ethic and devotion to authority. 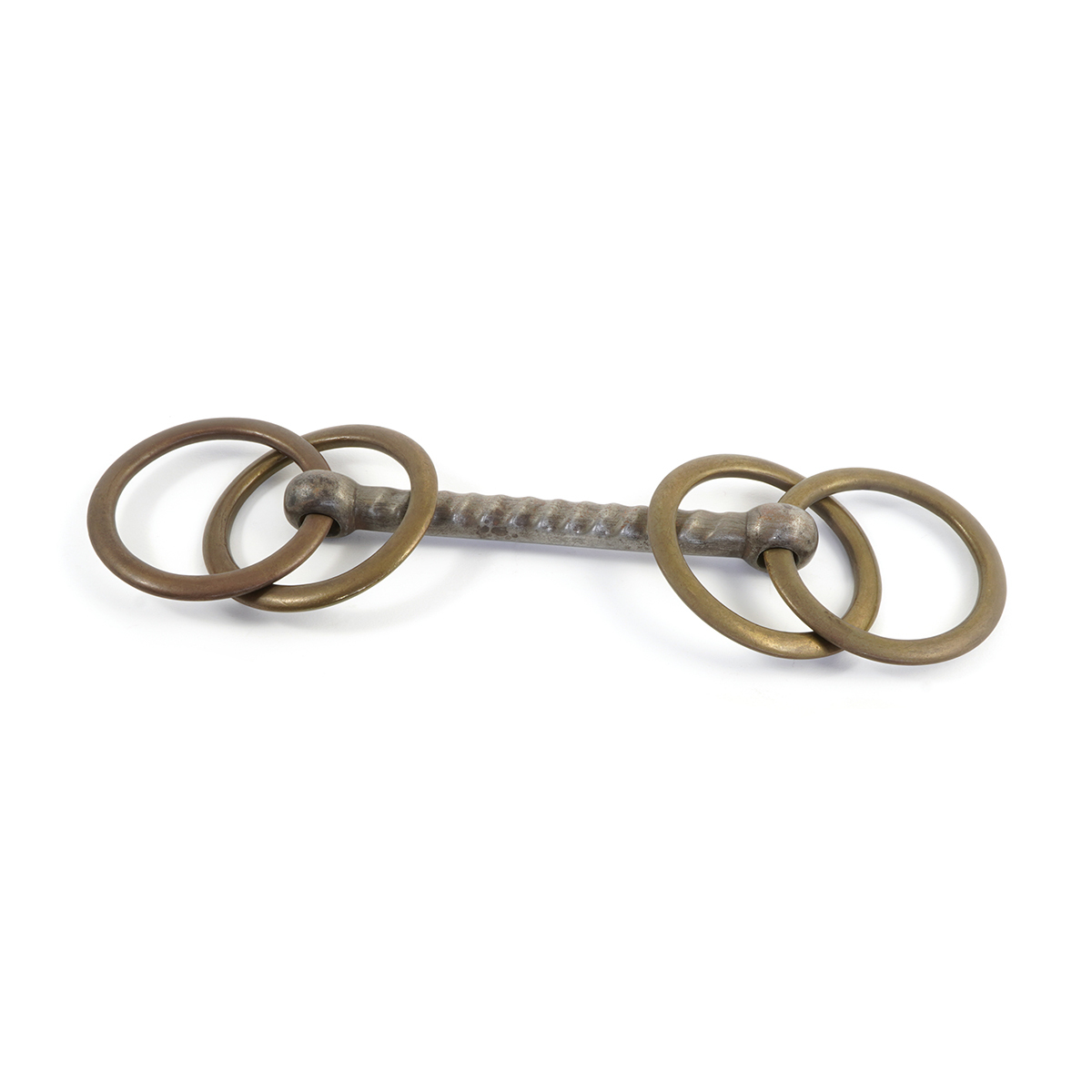 This horse bit was made so one horse could have two sets of reins, a technique used in show riding. While some horses perform hard labour, we have trained others to compete against each other for our entertainment. The double-rein component helps the rider control a horse’s movement acutely. 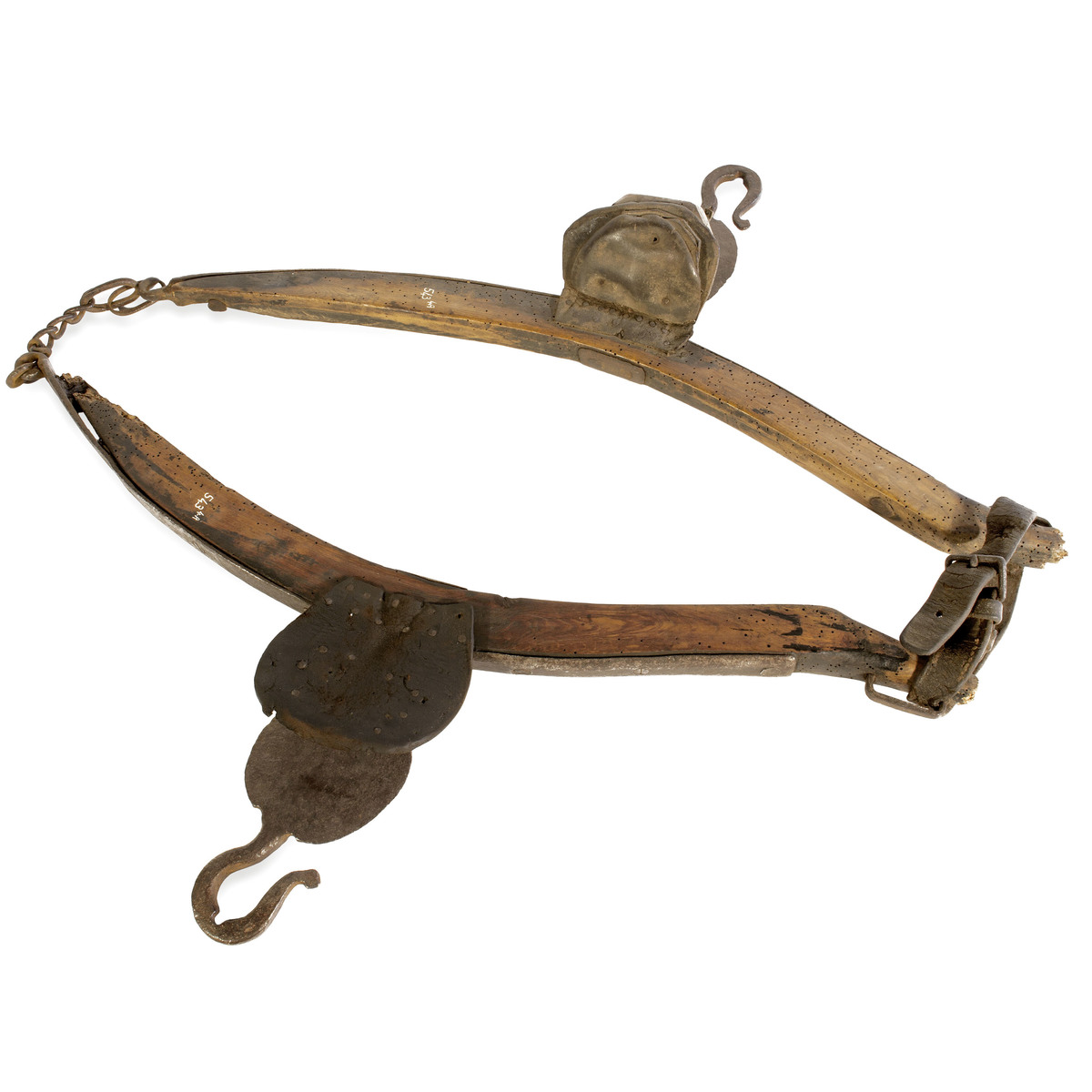 Collars such as this were made up of two curved pieces of wood, called ‘haims’ in Scots. These were then connected to a harness that was used to bind a horse to farming equipment. Used to plough fields, draught animals such as horse and oxen were integral for agricultural development in the 1900s.