Why do we consider it normal that humans eat other animals, but other animals should not eat humans? Why is meat eating the default in some societies whereas vegetarianism or veganism, though growing in popularity, is seen as an alternative?

For most of human history, humans were likely scavengers eating a majority plant-based diet and were even hunted themselves by other species.

Only recently with the advent of industrial livestock management has meat and dairy consumption become a daily activity in much of the western world. This has fuelled the drive to find faster and more efficient methods of meat and dairy production.

For most western consumers, the main source of interaction with the animals on our dinner plates is purchasing meat already processed and packaged for our convenience, barely resembling an animal at all. 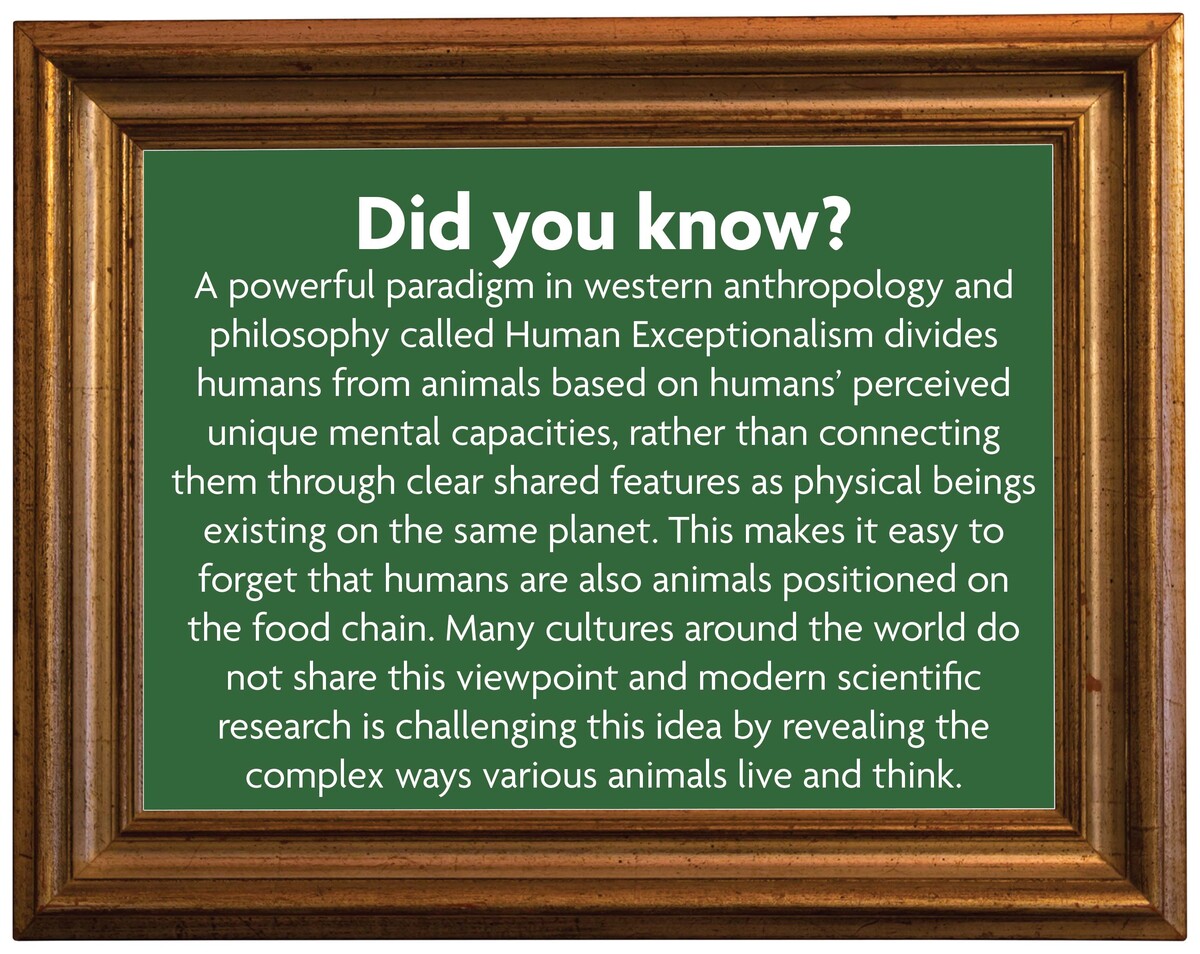 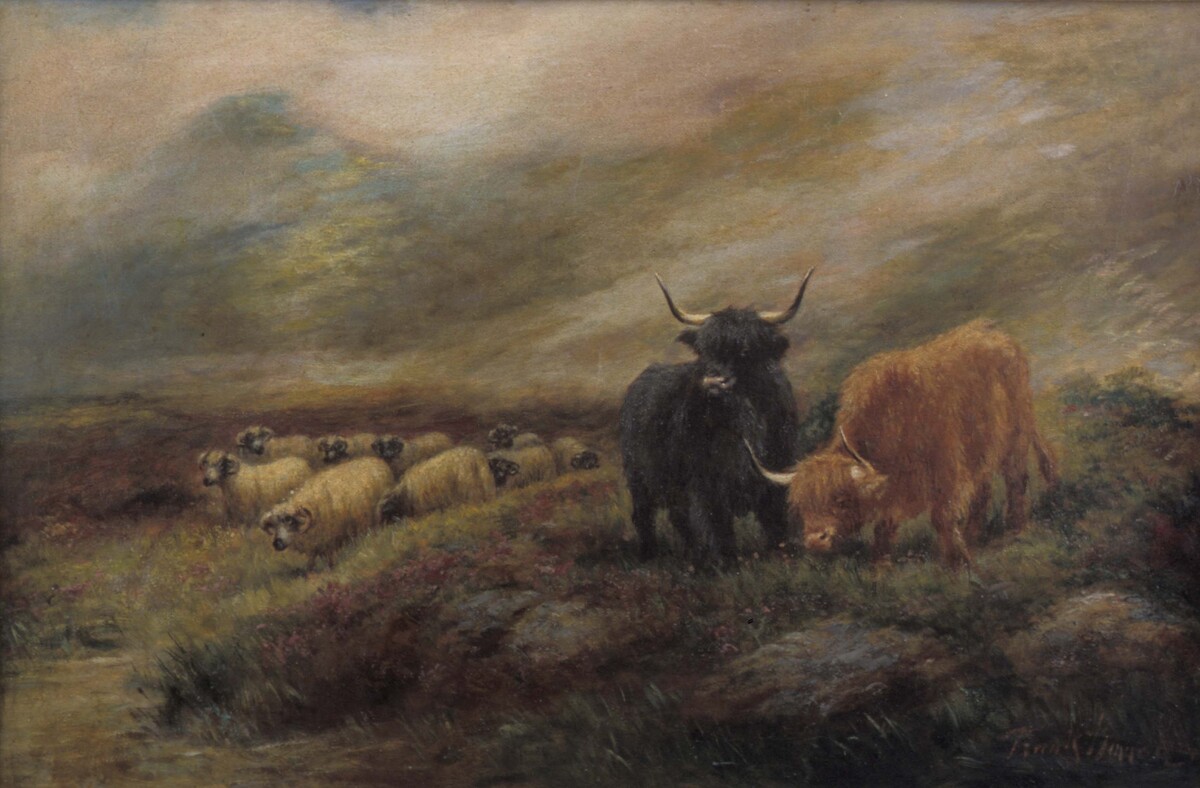 Painting of cows and sheep

Beloved symbols of Scotland, Highland cattle are often associated with a shaggy red coat. This is in part due to Queen Victoria’s fondness for ginger fur, which led to increased breeding of cattle in that colour. However, Highland cattle are known for more than their lovable appearance. Prized by farmers for their ability to withstand rough terrain, these animals are mainly raised for beef production. How can humans love and consume the same animals? 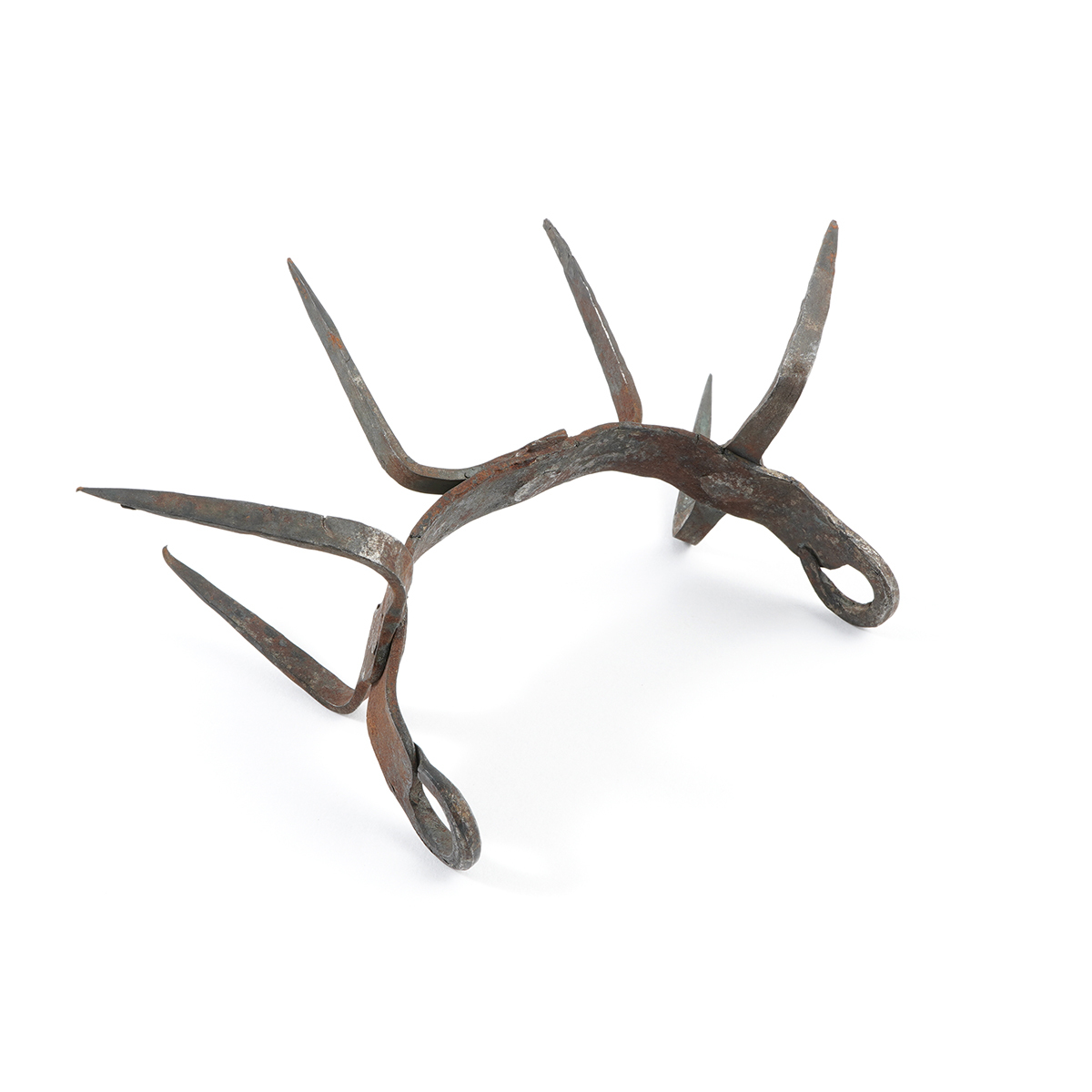 With its intimidating metal spikes, this object may look like a medieval torture device. Actually, this iron calf muzzle was used by dairy farmers to help wean calves off milk, allowing farmers to take the milk instead. The spikes are designed to poke the mother cow when her calf tries to nurse, causing the mother to kick and squirm— her baby is then unable to reach her udders.

Do you think humans have the right to alter animals’ bodies to suit our needs? That’s what these objects are for. Their main function is to maintain the animal’s health before eventual slaughter. The shears remove the sheep’s wool while the cattle dehorner amputates the horns of a cow preventing any harm to handlers, other animals, or even themselves while confined in close quarters. 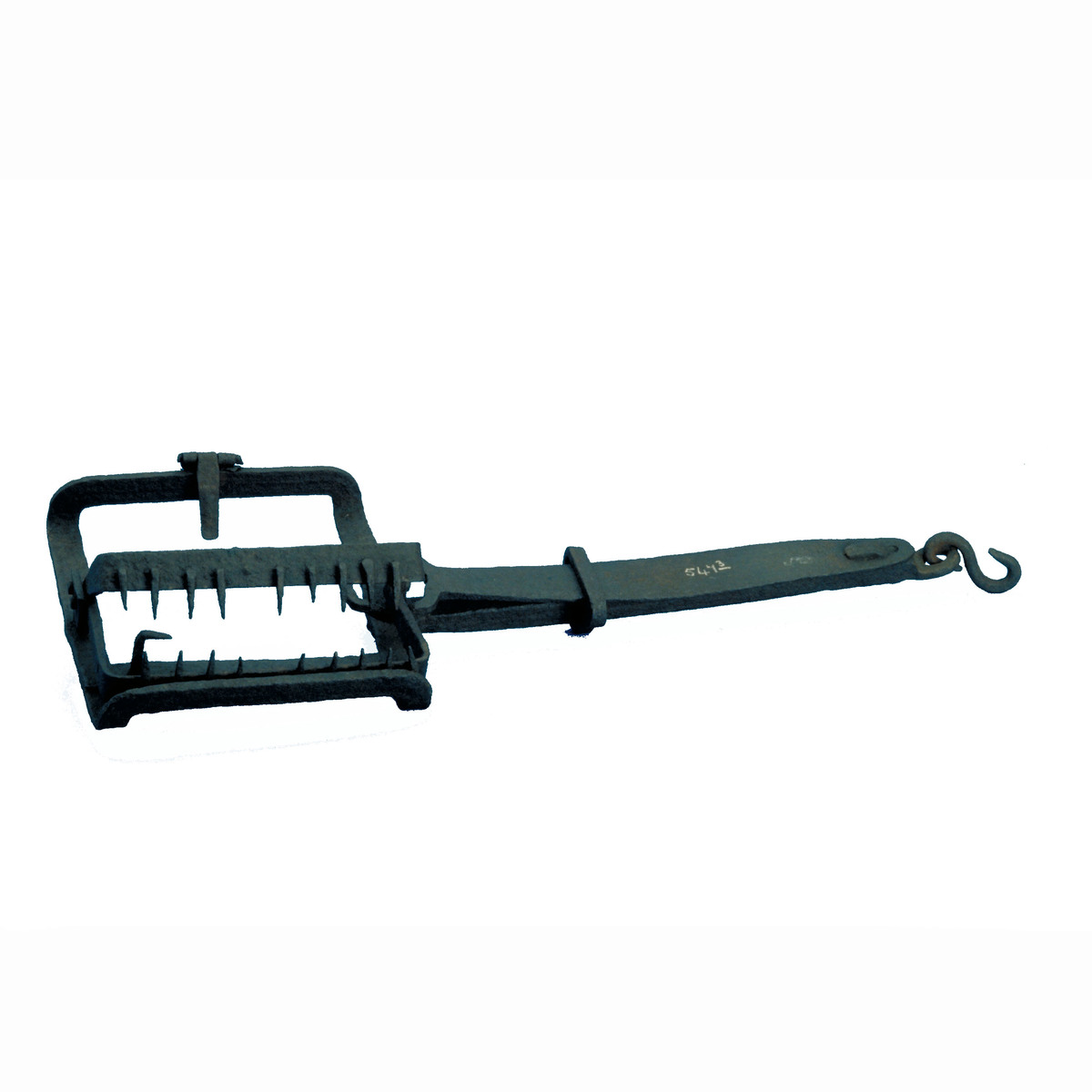 Hidden in undergrowth around the Fyvie estate in Aberdeenshire, this man trap was used to deter and catch poachers that attempted to hunt deer in hunting areas reserved for the elite. Due to its lethal and brutal effectiveness, it was banned during the late nineteenth century. This is a great representation of humans controlling the hunting and consumption of animals for their own personal gain.