Animals provide many services to humans but are often sought after for companionship.

Painted, sculpted and preserved, early depictions found on cave walls, in tombs, or on paper illustrate domesticated animals alongside their owners; a cat causing trouble, or a pack of tame dogs helping their owners hunt. Animals of this nature are still sought after for companionship today. While historically cats and dogs were primary companions, the scope of domesticated animals has grown to also include animals like the mouse and parrot.

With such a wide range of animals entering the role of “pet”, more knowledge is required on how to care for different species. Many animals require different care from cats and dogs and often do not get the proper mental and physical exercise that they require to stay happy and healthy.

Domesticated pets can also be harmed during the process of selective breeding by the owners’ desire for something more aesthetically pleasing, such as pugs and teacup kittens that suffer from chronic illnesses. These issues are a result of human interference in the natural selection process. This interference results in what might be considered an ”unnatural” form of gene selection (artificial selection). 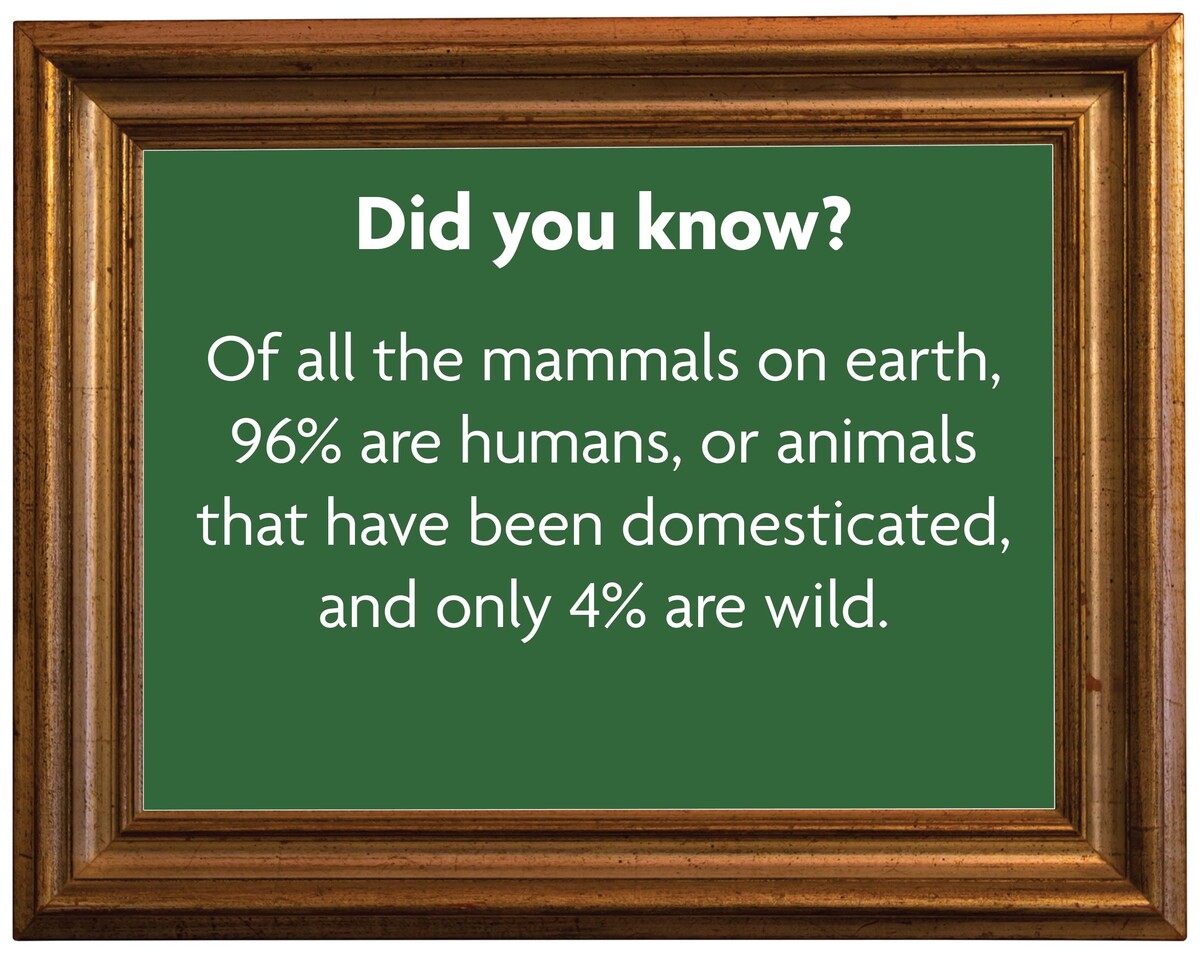 This brass figurine depicts a large breed of dog carrying a human on its back, suggesting a mutual relationship. It may be suggested the dog is a Tibetan Mastiff, a breed originating from Tibet. Originally reared for guarding, the Mastiff protected humans from wildlife in return for shelter. 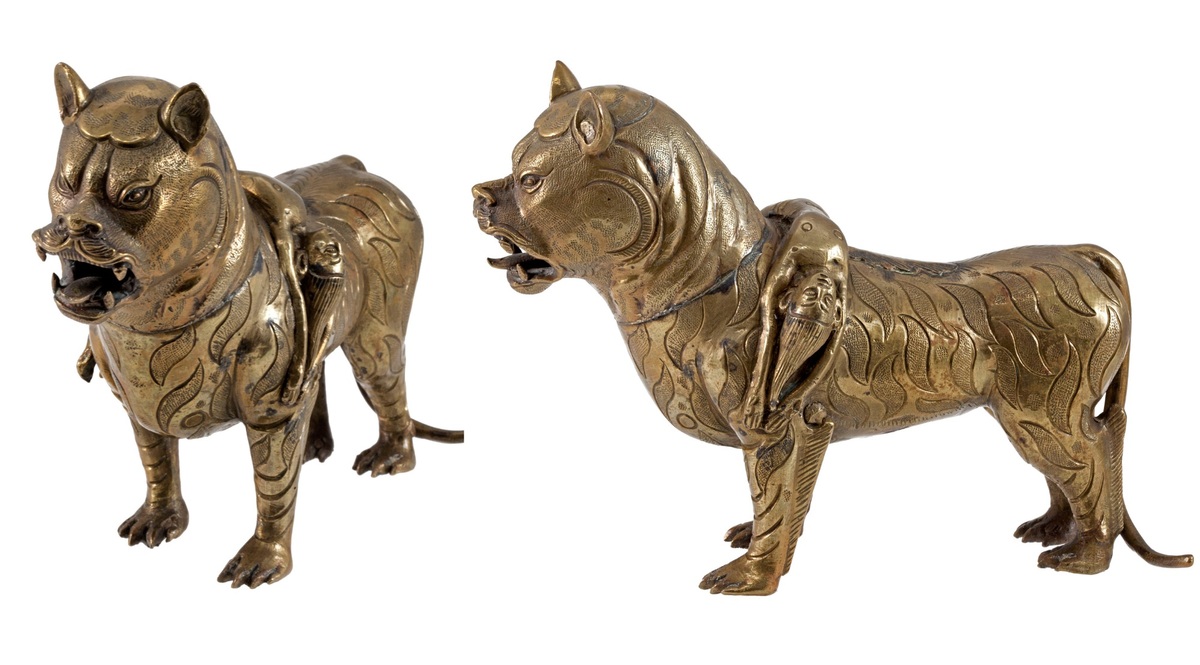 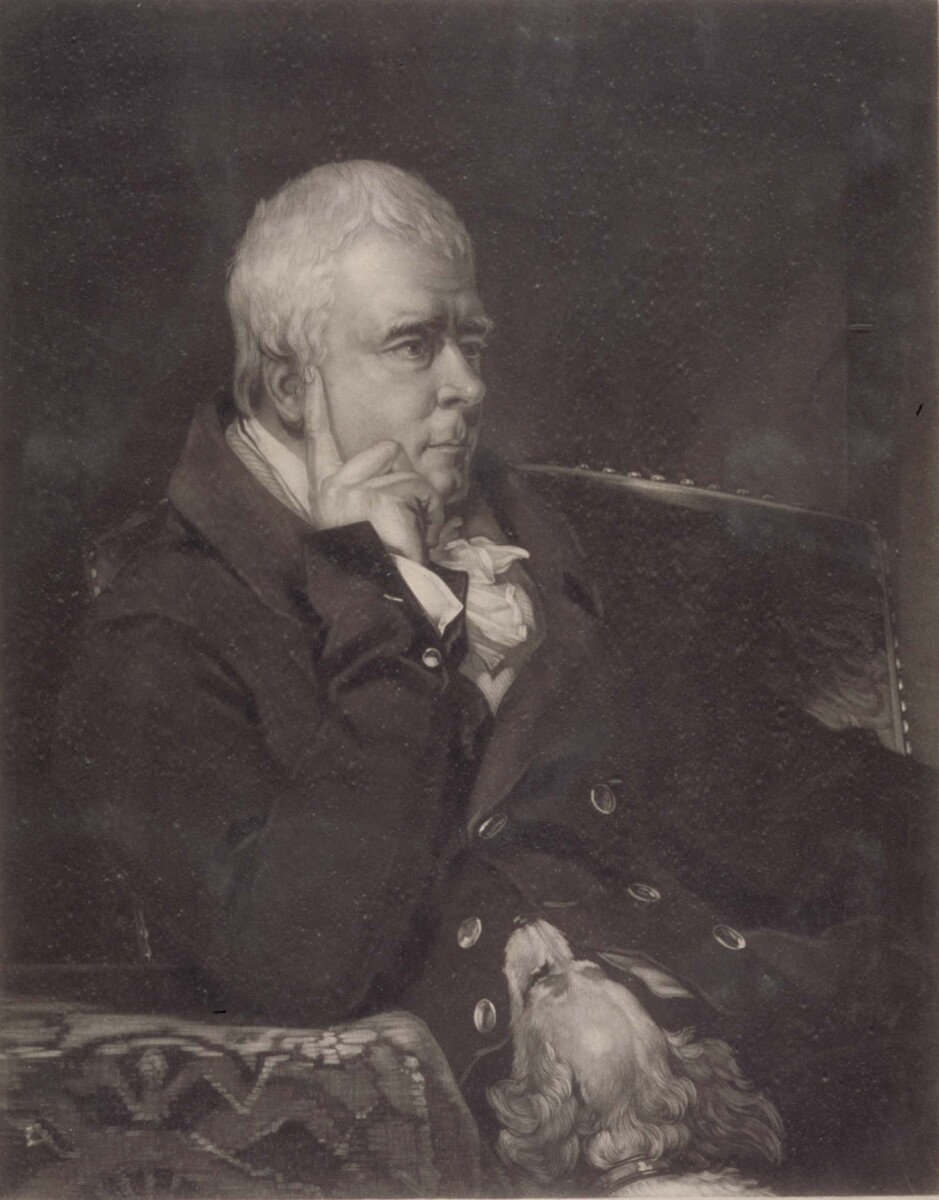 The engraving portrays the Scottish writer Sir Walter Scott (1771-1832) with one of his many dogs, that were his companions but also a source of inspiration. Maida and Camp were his most famous dogs and were frequently depicted at Scott’s side in his portraits. He was a devoted dog-lover who admired dogs’ loyalty and propensity to learn and serve their owner.

Dressed in brown wrappings, this mummified body of a cat exemplifies the bond between humans and domesticated animals. A newfound role as companion meant house cats were farmed and prepared for the afterlife. Perhaps this cat among many others, paved the way for the life of luxury cats live today. 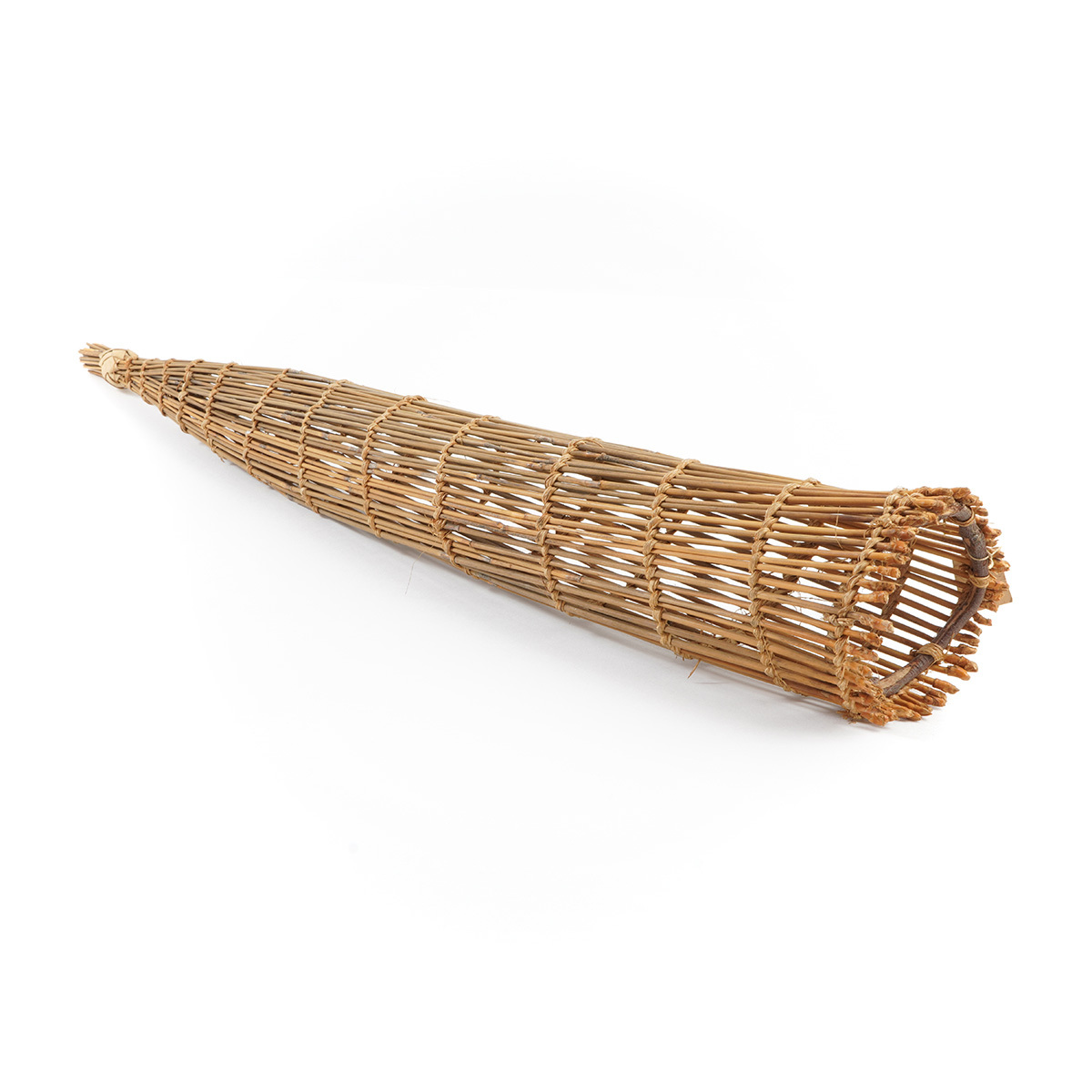 Mice are a common feature when one thinks of rodents, filth and pests. However, mice have been captured and treated as pets for millennia. This delicately woven basket from Angola was used to entice and trap mice, possibly for removal or cohabitation.

Typically characterised by their grey body and red undertail, humans have been selectively breeding the African grey parrot to have red body feathers, making them more desirable to own as exotic pets. This genetic trait known as the ‘red factor’, is a bred mutation that is becoming more common in the species due to human intervention. 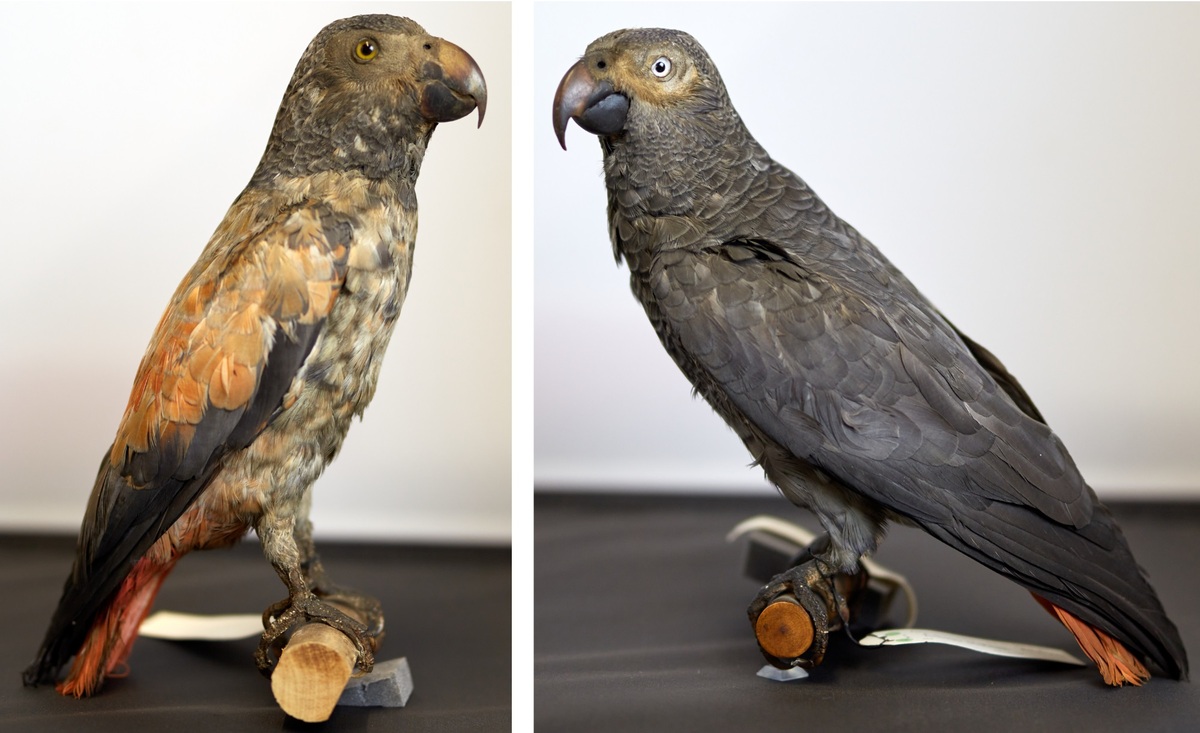 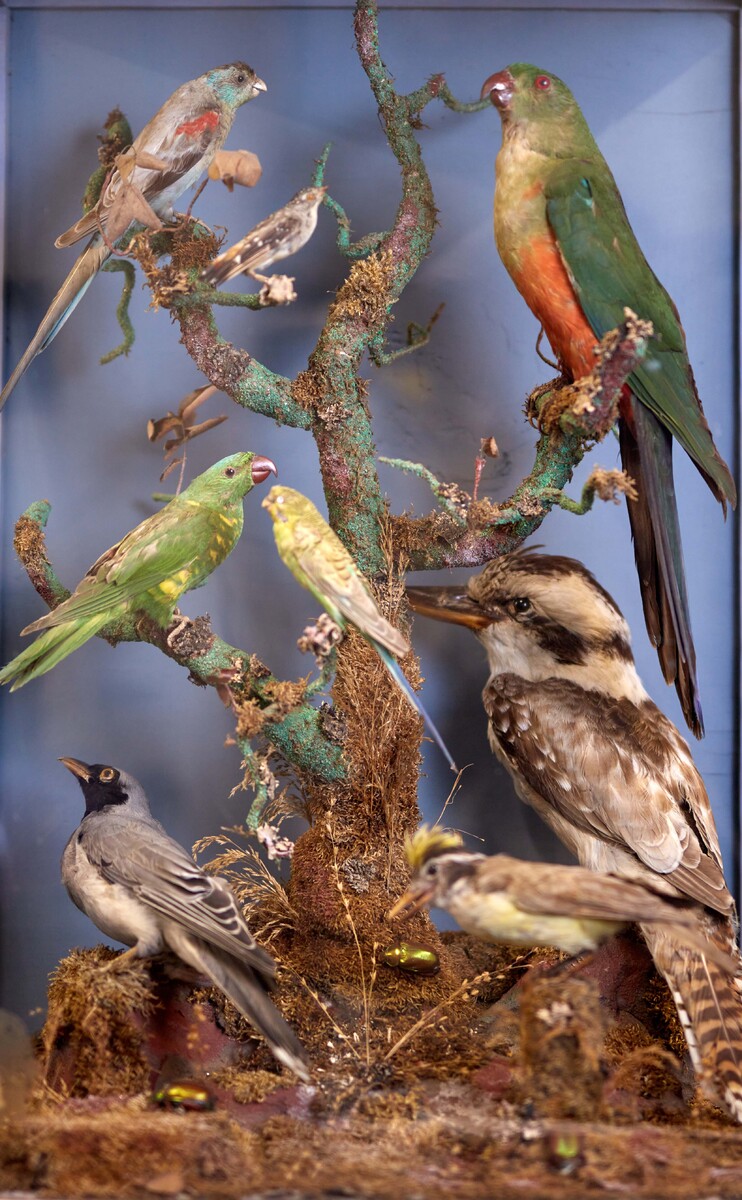 One of the birds viewed in this diorama, The Paradise Parrot, became extinct in 1927 as a result of habitat loss, trapping for aviaries, and cat predation. Currently part of the modern-day pet trade, The Australian King Parrot and Scaly Breasted Lorikeet are also shown. One of Australia's national birds that requires a special permit to be owned, the Kookaburra, is also seen.

The Scottish wildcat, recognisable by its tabby coat and bushy, black-tipped tail, is a type of European wildcat. When crossbred with the domesticated cat, the resulting hybrid is the Kellas cat, a large black cat found in the North East Scotland area. The hybridisation between wildcats and domesticated cats is threatening the Scottish wildcat population – of which is critically endangered – showing how domestication can indirectly affect wild species.

You can see the Scottish wildcat and the Kellas cat at the University of Aberdeen’s Zoology Museum.

← Animals as food
Food for thought →
Animals as companions