The Aberdeen Children of the 1950s (ACONF) cohort started its life in the early 1960s as a retrospective study of young children. At the time, the quality of hospital records in Aberdeen, and especially obstetric and social information, which had been established by Sir Dugald Baird in 1951 as the Aberdeen Maternity and Neonatal Database, was internationally renowned. This attracted attention from the AACC - the American Association for the Aid of Crippled Children ('crippled' is now considered an offensive term for disabled people, but was widely used at the time). In the 1950s there was a lot of interest in early-life determinants of cognitive impairment in childhood. Aberdeen was the perfect site for a study to explore such topics due to the availability of health records and their educational context. The AACC funded a study that became known as the Aberdeen Child Development Survey.

All primary school children in the city in classes III-VII (approximately 15,000 children born between 1950-56) were subjected to a battery of reading and cognitive tests between 1962 and 1964. Further data was collected from children in a form and from their teachers, including an instrument to screen for children’s minor behaviour disorders developed by Sir Michael Rutter. The final part of the study, known as the ‘Family Survey’, was set up by one of the first Heads of Sociology at Aberdeen – Raymond Illsley. Later on, these data were linked up with administrative health records and there was one follow up survey in 2001. Fortunately, most people remained in the Aberdeenshire region so that their records are complete.

Below you can find some of the tests children were subjected to in 1962-64, and a punchcard used to record data in NHS Grampian. 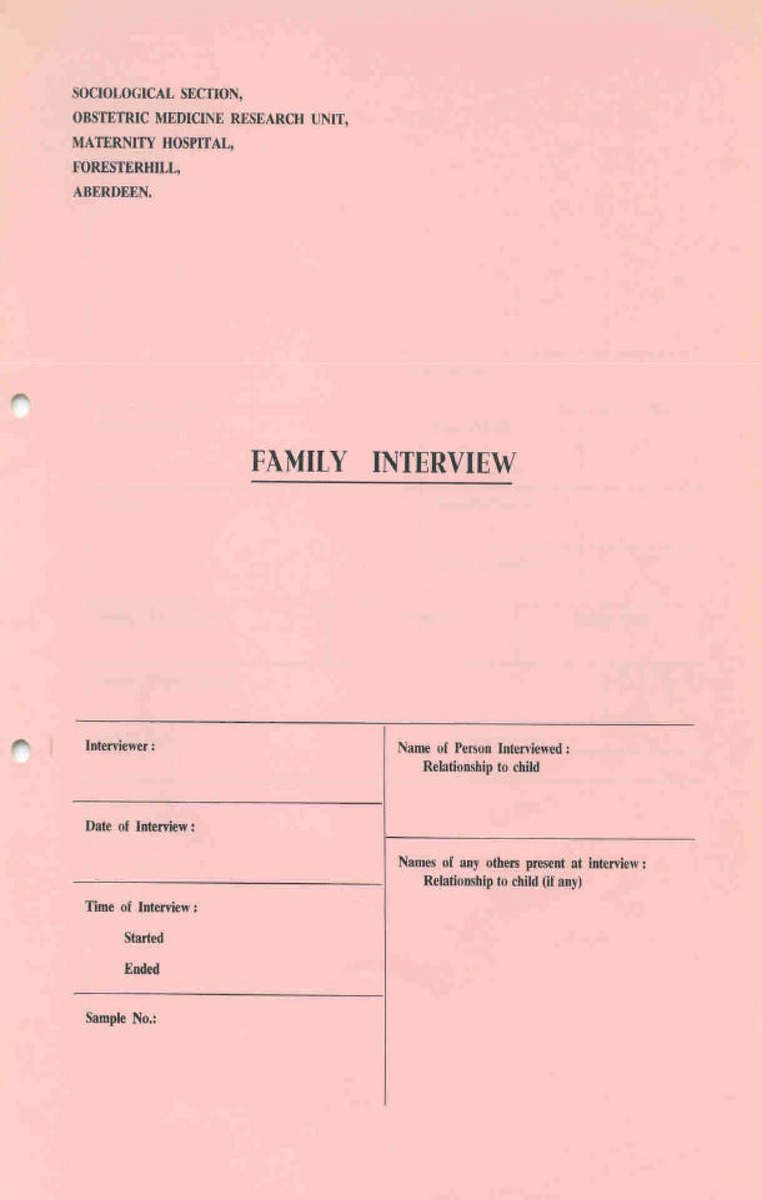 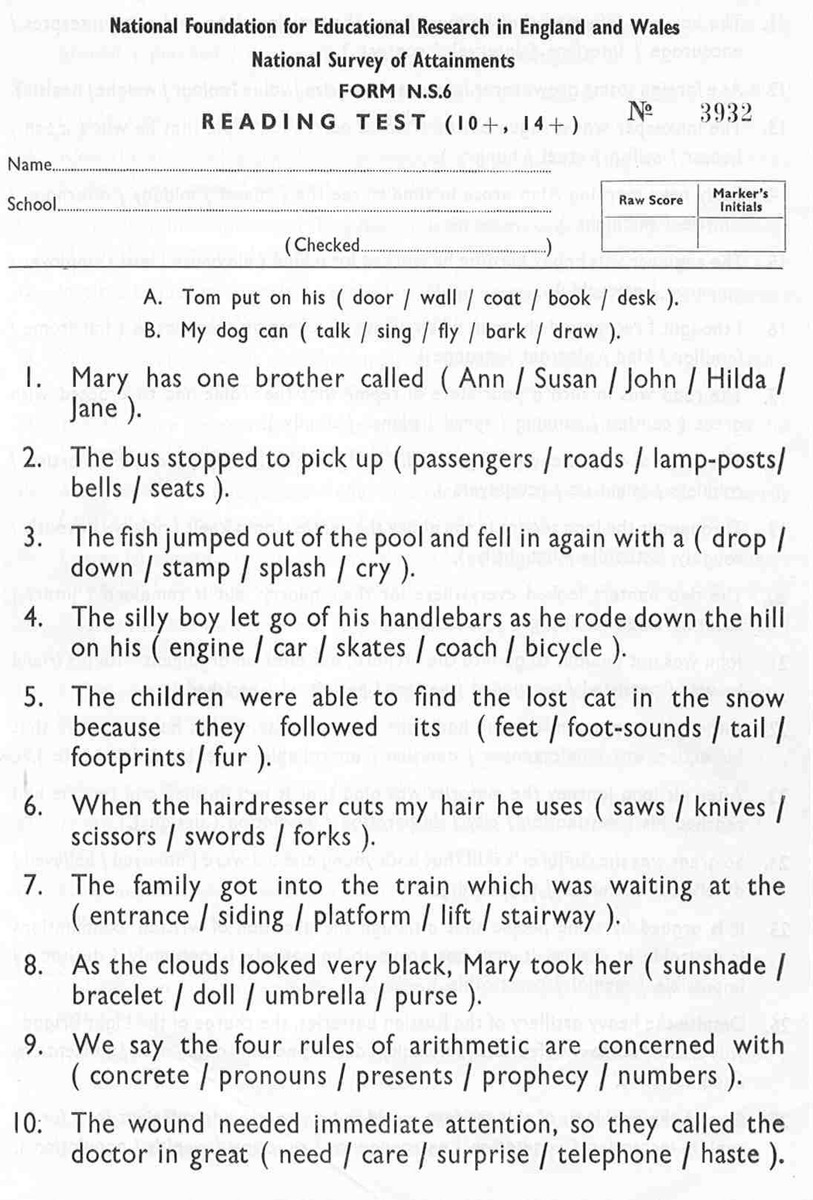 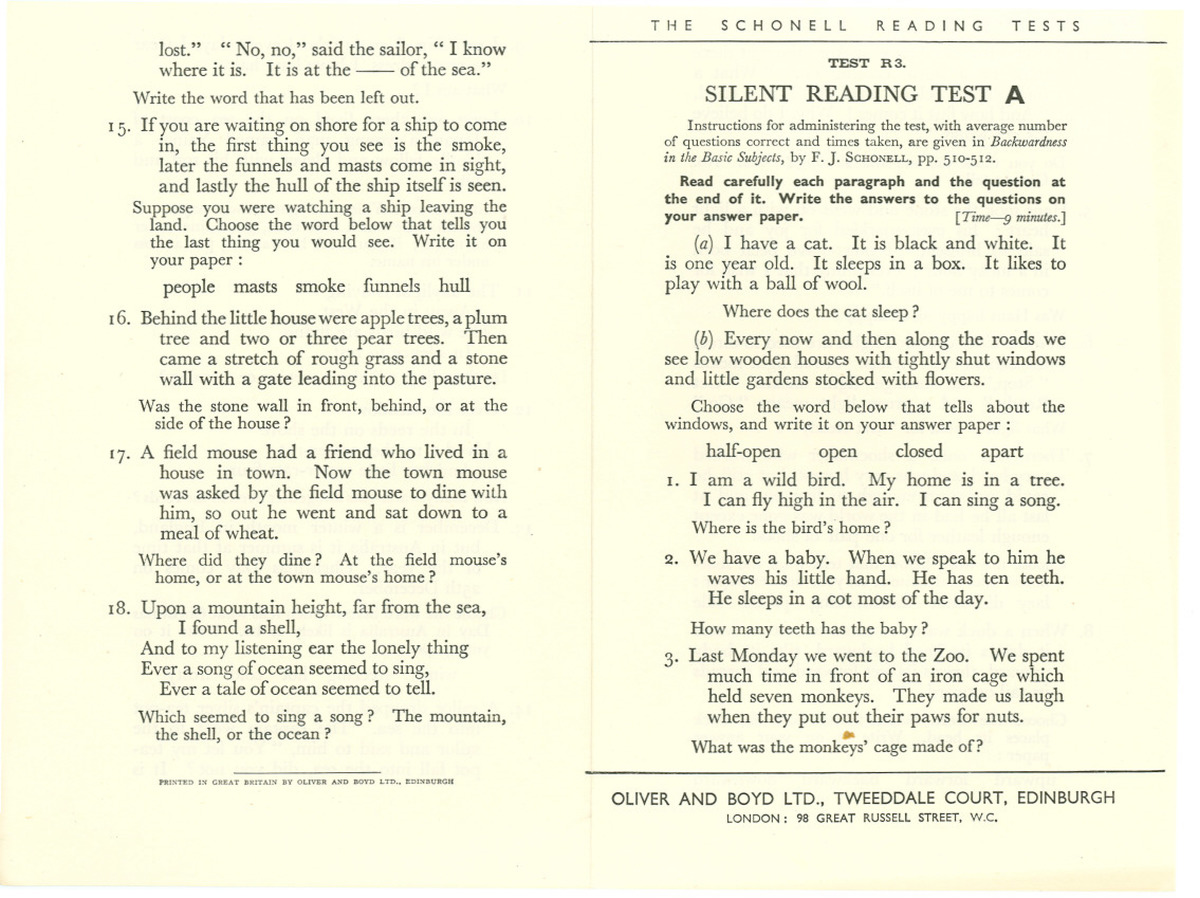 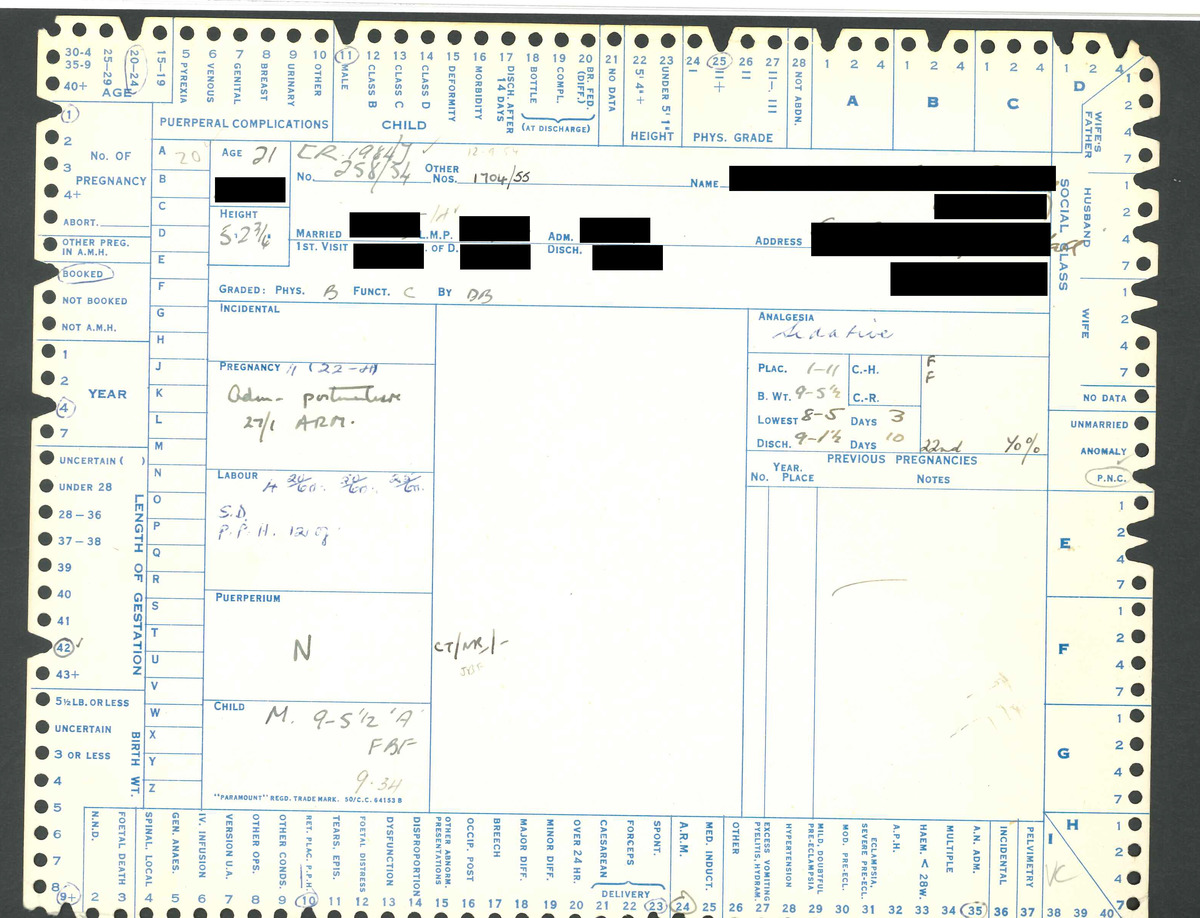 A punch card holds digital data represented by the presence or absence of holes in specific locations. Punch cards were once common in data processing applications or to control automated machinery. This one was used to record information about pregnancy and birth.