Scotland, Africa and slavery in the Caribbean

Between 1500 and 1860 Europeans enslaved over 12 million West Africans and forcibly deported them to the Americas. Britain was the biggest slaving nation after Portugal, selling three million African people into slavery.

After the Union of Scotland and England in 1707, North East Scots eagerly claimed a share of the riches generated by slavery, especially in the Caribbean.

Today, however, the North East’s early links with the Caribbean have largely been forgotten. This exhibition reminds us of their importance. It introduces people who prospered from the enslavement of West Africans, as well as the local campaigners who fought to persuade Britain that slavery was wrong.

Slaving ships made a three-part voyage, which is often called the ‘Triangular Trade’. 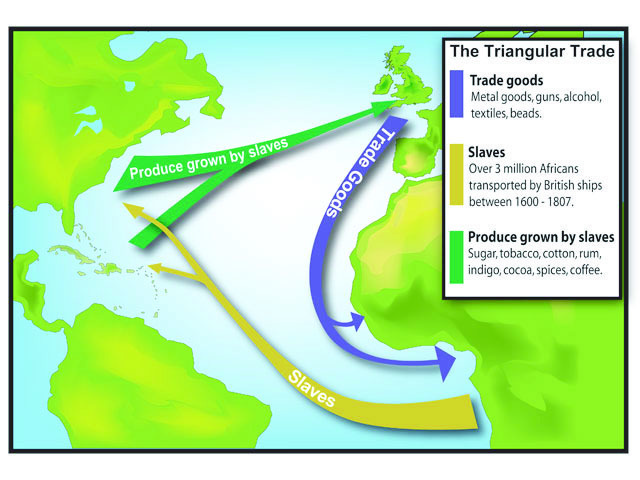 The three-part journey undertaken by British slaving ships in the ‘Triangular Trade’. 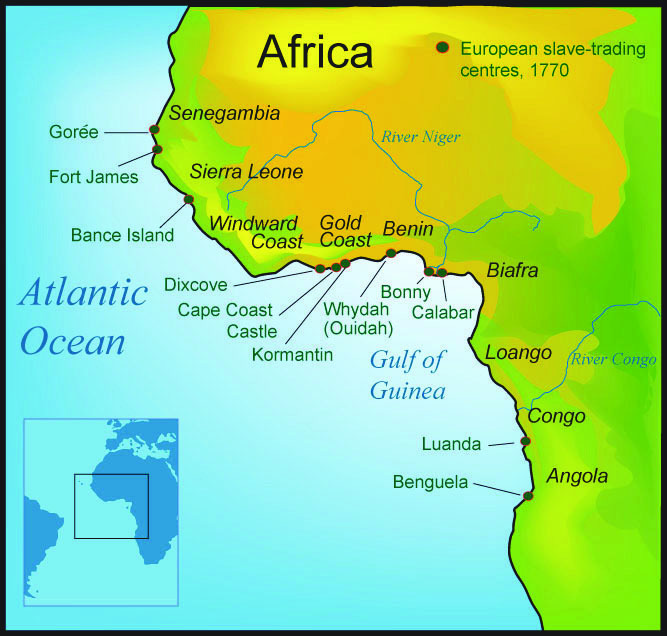 First, they left European ports laden with goods for sale in West and Central Africa. In West Africa the enslavers exchanged the goods for African war captives, whom they loaded onto their ships like cargo.

Second, they sailed across the Atlantic to the
Americas. This ‘Middle Passage’ was a terrifying
experience for the people crammed below decks. Thousands perished fighting for their freedom, or from disease and despair.

In the Americas, the enslavers sold their surviving captives to European planters as enslaved labourers. Then they loaded up with plantation produce - sugar, rum, tobacco, coffee and cotton - and sailed back to Europe on the final leg of their voyage.

The enslaved African people they left behind became the legal property of their new owners, with the status of an ox or a mule. Like a work animal, they had to labour for their owners, unpaid, until they died.

Scots in the Caribbean

Until the Union, Scots were unable to share in the commercial opportunities enjoyed by the English in their expanding empire. After 1707, Scottish investment and employment overseas grew rapidly. 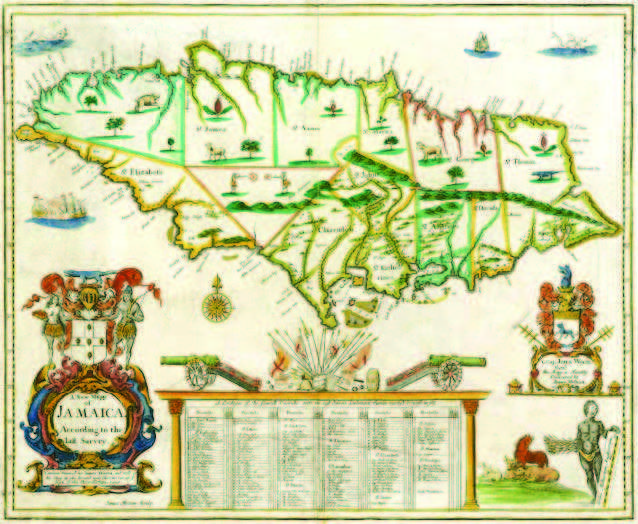 A map of Jamaica from 1677 shows English settlers concentrated in the south and east of the island; after 1707 Scots took up land in the north and west. (Courtesy of John Carter Brown Library, Providence, Rhode Island)

The American and Caribbean colonies were especially attractive for Scots who had supported the Jacobite risings of 1715 and 1745–6, because people going there did not have to swear allegiance to the crown. In Asia, British commerce was controlled by the East India Company, which required that its employees support the British sovereign and belong to the established church.

In the Caribbean, Scots went in largest numbers to those islands where the land and employment were not already controlled by English investors and settlers. The English had colonised St Kitts, Barbados and Nevis in the 1620s; hence relatively few Scots went there. But they went in great numbers to the islands Britain conquered after 1750, especially Dominica, Grenada, Trinidad and Tobago.

Many also went to Jamaica, which the English had taken from Spain in 1655. This was a large island and at the time of the Union it still had plenty of uncultivated land in the north and west of the island. It was in these parts that Scottish investors established large and profitable sugar plantations.

Manufactures exported from Britain for sale in Africa included guns, knives and a wide variety of metal goods, especially iron bars and pewter and brass basins and kettles.

Many of the other trade items were imports that were brought into Britain expressly for re-export to Africa. These included glass beads from Venice and cotton and silk fabrics imported from India by the English East India Company. The East India Company also imported millions of cowrie shells for sale in Africa, where they were used as a form of currency and for personal decoration.

Alcohol was another major trade item. Barrels of beer from Britain, rum from Jamaica and brandy from France were exchanged for enslaved people or used to win favours from the chiefs who commanded the African end of the trade.

The legal status of slavery

It was legal for one person to own another as a piece of movable or transferrable property in British colonies until 1834, when slavery was prohibited by parliament.

This legal right was not restricted to Europeans. Formerly enslaved people of African or African-European descent could own slaves too.

In Britain itself the situation was different. In 1772, in a landmark legal case in England, Lord Mansfield ruled that an African American enslaved person who had escaped from his master while visiting England could not be compelled to return to America. This case became known as the Somersett case, after James Somersett, the man who refused to go back to slavery. It undermined the notion that slavery was legal within England and suggested that if an enslaved person could get to England they could claim their freedom there.

The Scottish justice system issued a much clearer ruling against local slavery in 1778 in Knight vs Wedderburn. Joseph Knight, an African-born man, was enslaved and brought from Jamaica to Scotland by the enslaver John Wedderburn of Ballendean. Once in Scotland, Knight demanded to be treated as a free employee. When Wedderburn refused this demand, Knight left his service. Wedderburn had Knight arrested, but after several court cases, the Court of Session in Edinburgh ruled emphatically that slavery was not recognised by Scots law and that Wedderburn could not compel Knight to stay with him.

← Introduction
Scottish slavers in West Africa →
Scotland, Africa and slavery in the Caribbean