It was not necessary to enslave people in order to profit from slavery. Many North East merchants made money selling goods to slavers in the Caribbean. 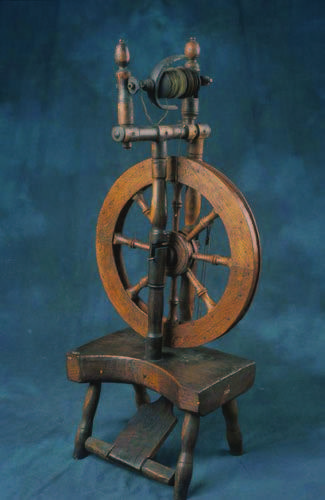 A spinning wheel for turning flax into linen yarn, made at Clatt, Aberdeenshire, in the early 19th century. (© The University of Aberdeen) 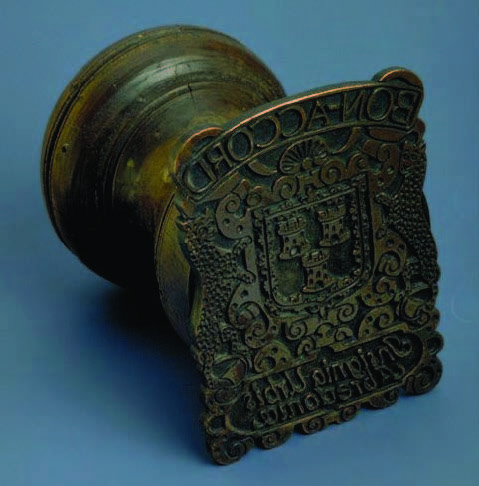 An Aberdeen customs stamp for linen, 1745.
(© The University of Aberdeen)

Two local products regularly shipped to Jamaica were salted herrings and coarse linen cloths called osnaburgs. Plantation owners stockpiled the herrings to feed their enslaved labourers, especially when hurricanes destroyed regular food crops such as maize and plantain. They distributed the osnaburgs to the enslaved people who worked for them once or twice a year as a basic clothing allowance.

Sugar and rum production provided commercial opportunities too. William Forbes was a successful coppersmith from Aberdeen. Among other products, he manufactured sugar boiling pans and rum stills for export to Jamaica. Some of his business contacts in Jamaica came from his sister’s brother-in-law, Alexander Allardyce. Allardyce was MP for Aberdeen in 1792–1801, but had previously been a merchant in Jamaica. He had, it was said, ‘sold as many black men as there are white in his native city’.

"It was just like needles when it was new. Never did have to scratch our backs. Just wriggle your shoulders and your back was scratched."
A former enslaved person in Virginia recalls wearing osnaburgs

Sometimes there was a direct link between slavery and Scotland’s whisky distilling heritage. In the 1820s William Shand started distilling whisky at Fettercairn near Laurencekirk using his experience of making rum on his brother’s sugar plantations in Jamaica. For at least ten years he ran parallel experiments in Jamaica and Scotland to improve his rum and whisky production.

By this vessel there are steam apparatus and materials connected with a still on Kellitts Estate. There are also herrings for the several estates, and 73 further barrels for sale.
William Shand ships rum-making equipment and herrings to Jamaica, 1827

Many of the enslaved West Africans came from cultures with rich traditions of personal dress and textile manufacture.

But the European slavers tended to think of them as ‘naked savages’, and until about 1770 most field labourers were forced to work naked or nearly naked. They were exposed to all weathers and were extremely vulnerable to insect bites, worm infestations and injuries from hoes, machetes and the overseer’s whip.

Towards the end of the 18th century, however, enslavers wanted to avoid accusations that they treated their workers inhumanely. They began issuing them with basic clothing supplies, such as the coarse linen osnaburgs. The enslaved people themselves usually sewed the fabric up into dresses and trousers, adding buttons, beads, and buckles made from animal bone, seeds and pieces of metal. Sometimes, especially in Jamaica, the cloths were dyed blue, using locally grown indigo.

Under the law, enslaved people could own no property, and so even these basic garments did not belong to them. A slaver who wanted to punish an enslaved person might seize his or her clothing and force them to go naked as an act of humiliation. Because of this, clothing became a symbol of the power struggle between the owners and their enslaved workers. Many people took pride in dressing as smartly as they could. This was a form of resistance against slavery – a way of showing that the enslavers could not crush their spirit or control everything about their lives.

William Forbes (1756–1823) grew up in Aberdeen where his grandfather had established the family coppersmith business. 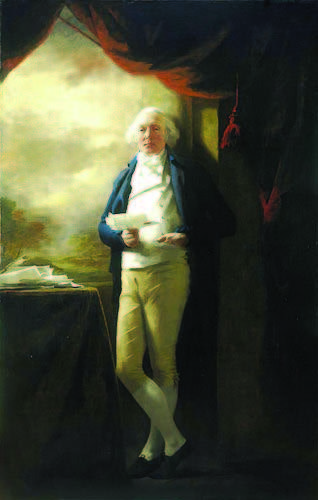 A coppersmith with Jamaican connections: William Forbes of Callendar, by Sir Henry Raeburn, 1798. 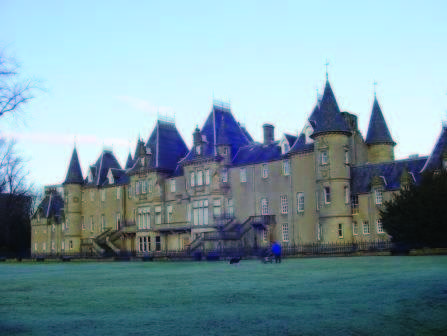 While his older brother George kept the Aberdeen branch going, William set up an extremely profitable London branch. He made much of his wealth from government contracts to sheath the bottom of naval ships with copper. In 1783 he bought the Callendar Estate near Falkirk, which had been forfeited by the Earl of Linlithgow in the 1715 Jacobite rising.

William Forbes’ papers are preserved in the Falkirk Council Archives at Callendar House. They detail his many business links with Jamaica. These links were cemented through the marriage of his sister Janet to James Allardyce, the Collector of Customs in Aberdeen. James’ brother, Alexander Allardyce, was a merchant and enslaver in Jamaica when Forbes was amassing his fortune. James Allardyce the younger, son of Janet and James, continued the two families’ Caribbean connection when he went to Jamaica as an estate manager in 1802. Several of William Forbes’ other nephews also had Caribbean careers, and one, William Forbes junior, joined a trading venture at Gorée in Senegal, Africa.

Alexander Allardyce (c.1743–1801) was born in Aberdeen and sailed as a young man for Jamaica to make his fortune. 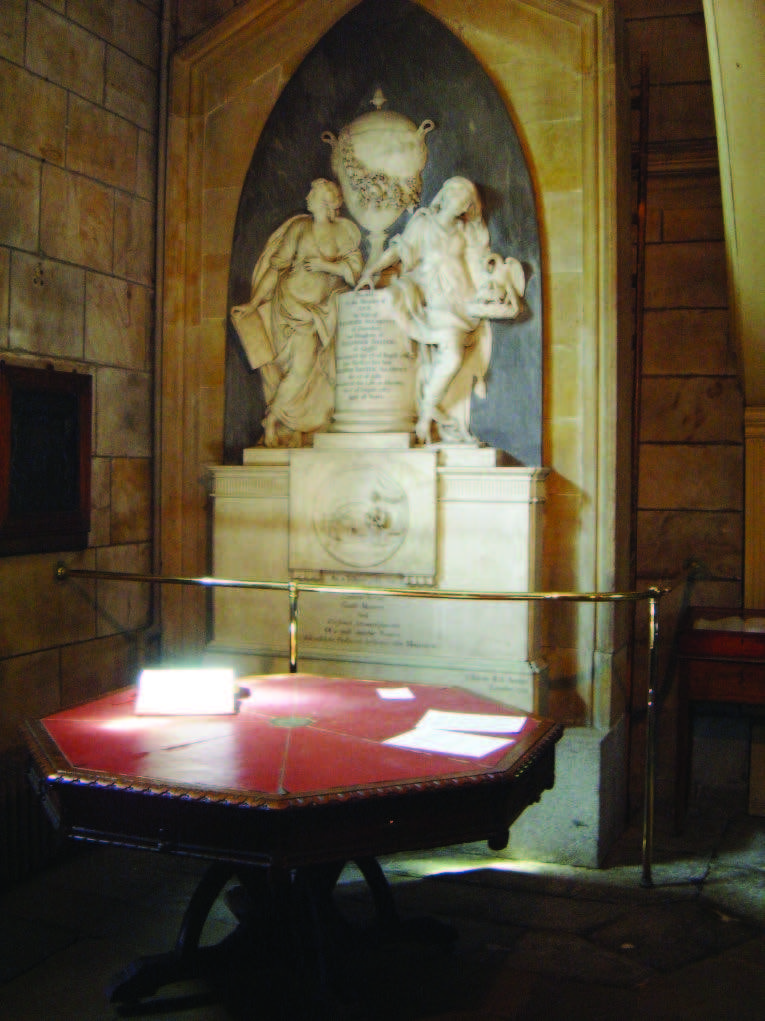 The memorial erected by the Jamaica merchant and slave trader, Alexander Allardyce, to his wife Ann Baxter in St Nicholas' Kirk, 1787.

He invested in enslaved people imported to Jamaica, and eventually made enough money to buy one or more plantation labour camps there in St Ann’s Parish.

Allardyce returned to Aberdeen as a wealthy man in the early 1780s. He became Lord Rector of Marischal College and in 1792 was elected as the member of parliament for the Aberdeen Burghs. To commemorate his success, he purchased the lands of Dunnottar, near Stonehaven, which had been forfeited by the Earls Marischal in the 1715 Jacobite rising. He built a substantial mansion there. This has been demolished, but a legacy of his Caribbean wealth survives in the form of Dunnottar Woods, which he originally laid out and planted.

Another reminder of his wealth can be seen in the Kirk of St Nicholas in Aberdeen, where he commissioned the fashionable London sculptor, John Bacon, to erect an elaborate marble sculpture commemorating the death of his first wife, Ann Baxter, in 1787. He himself died in November 1801, aged 58, and was buried in the kirkyard at St Nicholas.

William Shand (1776–1845) was the brother of John Shand of The Burn and Arnhall, near Fettercairn.

Like his brother, he started out as an estate manager in Jamaica, gradually acquiring at least three properties of his own. St Toolie’s was a sugar plantation, The Burn was a coffee plantation and Hopewell was an animal pen, providing livestock for the other properties. St Toolie’s alone had over 200 enslaved people working on it in 1833.

William Shand’s experiments with whisky distilling at Fettercairn took off after he inherited his brother’s Scottish estates in 1825. In 1829, following trials in both Scotland and Jamaica, he patented a piece of distilling equipment for producing cleaner and purer alcohol, which was adopted by several rum producers in the Caribbean. But while he looked after his distillery at Fettercairn, accountants mismanaged his estates in Jamaica. Eventually both his Scottish and Jamaican properties became hopelessly indebted. He died in 1845, never having recovered his wealth.

Today’s Fettercairn Distillery is not the one initiated by William Shand. That was started by his neighbour, Sir Alexander Ramsay of Balmain and Fasque. In 1829 it was taken over by the Liverpool merchant John Gladstone, who had made his fortune in the Caribbean trade. His son, the future prime minister William Ewart Gladstone, made his maiden speech in parliament in 1833 defending slave-owners such as his father.