Vase, Littlejohn 1905 Shinty trophy for annual competition among the Scottish universities; a reduced copy of the marble Warwick Vase which was found in Italy in 1770.

In 1905 Alexander Littlejohn approached the Aberdeen University Athletic Club and offered them a challenge vase to be used particularly for continuing the interest in the Ancient Celtic Game of Shinty. The AUAC naturally accepted this stockbroker's friendly offer, but when the trophy arrived they were stunned. It was a sensational piece of work.
Roger Hutchinson 14/06/1991 West Highland Free Press

Shinty is one of the fastest and most exciting of games also one of the oldest and most influential in the world of sport. Shinty (Camanachd) known as Hurling in Ireland, and Shinny in Canada is the fore-runner of Ice-Hockey. First introduced into the Scottish Highlands some 1500 years ago, it has been taken by Scots all over the world.
The students of Aberdeen have a legitimate claim to have been the first to lay down a properly documented set of Rules with a constitution, in 1861.
Hugh Dan MacLennan 1983 Shinty 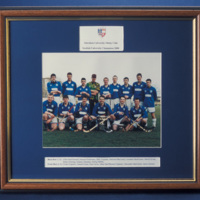 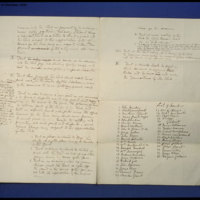 The Littlejohn of Invercharron Challenge Vase.