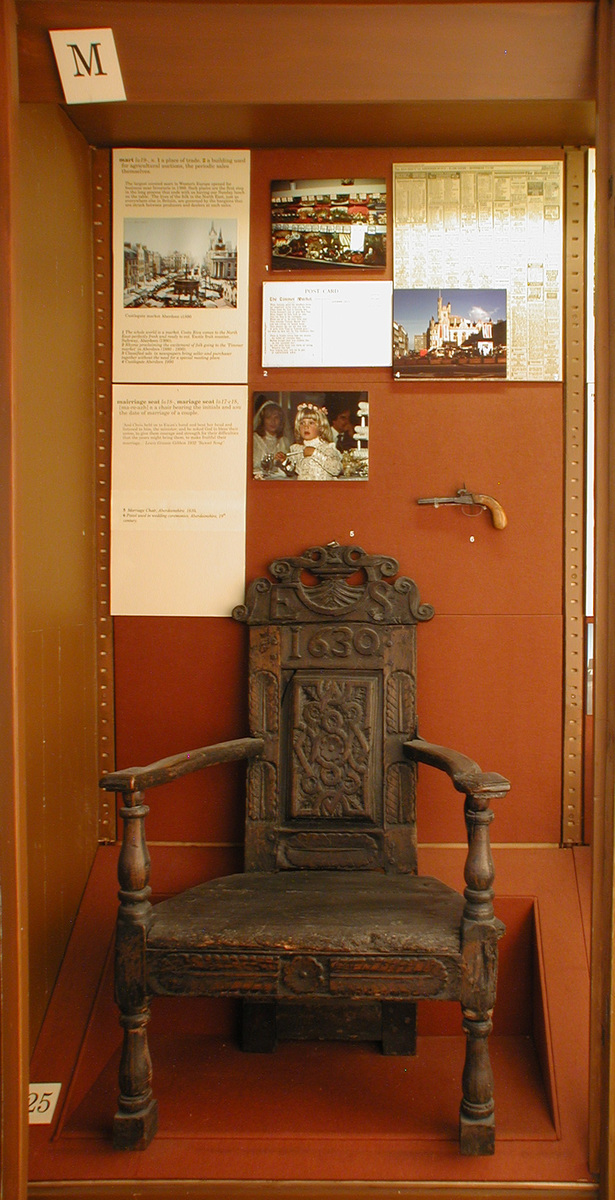 mairriage seat la18-
mariage seat la17-e18 n
A chair bearing the initials and usu the date of marriage of a couple.

And Chris held on to Ewan's hand and bent her head and listened to him, the minister; and he asked God to bless their union, to give them courage and strength for their difficulties that the years might bring them, to make fruitful their marriage
Lewis Grassic Gibbon 1932 'Sunset Song'

mart la19-
1 n a place of trade.
2 n a building used for agricultural auctions, the periodic sales themselves.

The largest covered mart in Western Europe opened for business near Inverurie in 1989. Such places are the first step in the long process that ends with us having our Sunday lunch on the table. The lives of the folk in the North East, just as everywhere else in Britain, are governed by the bargains that are struck between producers and dealers at such sales.