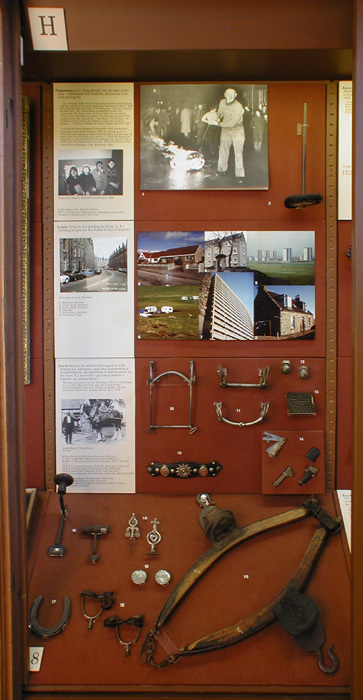 Hogmanay la17-
The last day of the year celebrated with bonfires, divination rites and guizing etc.

The burning of the clavie among the fishermen of Burghead, and the casting of the cavel among the fishermen of Nairn. Both are remanets from the days of the Norsemen, and may possibly be older still. The whole scene is singularly weird and impressive. The dark sullen northern light; the wreathing smoke of the smouldering beacon; the twisting streams of fire rushing down the sloping hill..the shouts, the screams, the laughter of the crowd in its efforts to secure the smoking embers
Charles Rampini 1897 'A history of Moray & Nairn'

A young lad from Burghead, along with other accomplices, was cited, on the 20th January, 1689, for having made a burning clavie, paying a superstitious worship and blessing the boats after the old heathenish custom. What the Burghead fishermen on the threshold of the opening year, the Celt did on Halloweve, the beginning of his year.
J.M. McPherson 1929 'Primitive Beliefs in the North East of Scotland'.

horse n
1 A solid-hoofed ungulate with flowing tail and mane, until the introduction of mechanisation, the chief form of motive power on the farm
2 A horse-like apparatus used as a support (eg. joiner's horse).

The man who has not got the Horseman;s Word is looked upon as an ootlin aboot the farm toon. He is made to feel uncomfortable at every turn. At kirk, or market the non horseman is shunned
Peoples Journal 29/3/1902

house n
1 A building for living in
2 A building in general
3 A family line of descent. 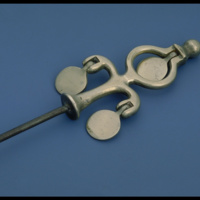 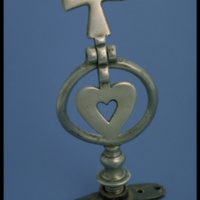 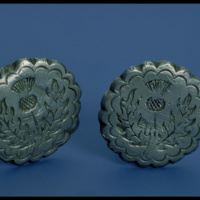 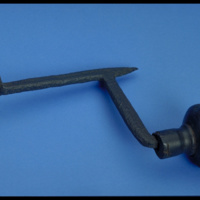 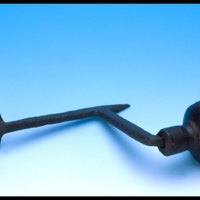 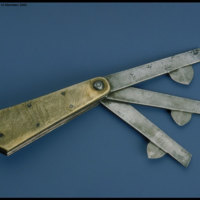 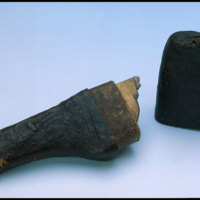 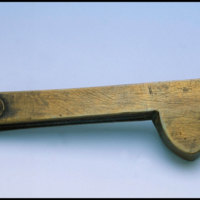 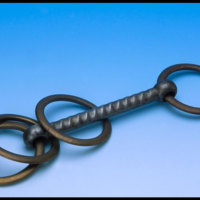 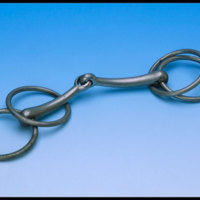 Froe-stick used at Halloween for whipping up cream from Glengairn, Aberdeenshire (la19 cent)